Online retailer Shopbop is the latest to impress me with some kickass customer service.

It all stemmed from an unfortunate incident last weekend involving a wedding, a new party dress donned for the first time, and a faulty zipper that decided to let go upon arrival at the church. While I still had the tags, they were no longer attached and 30 days had passed since I purchased the dress...thereby breaking the rules of Shopbop's return policy.

Nonetheless, I emailed them to express my dismay and this is the prompt reply I received:

Over the years I've saved similar examples of kickass customer service (I'm in marketing, after all) and have finally posted them all here. They are mainly from retailers who assisted me while shopping (I'm known to do that) but one is a recent, unexpected note from Herb Chambers, after I took my car in for service.

There are other notes which I've neglected to save - like one from shoe retailer Zappos, who upgraded me to free, next-day shipping just for being a loyal customer (I love Zappos...and they're doing a great job interacting with consumers on Twitter).

But even with all the new media channels available to brands for engaging with their customers, sometimes an old-fashioned, hand-written note is the most powerful brand impression of all.

We found ourselves in the Minneapolis Airport last week, where I spotted this fantastic digital board from Travelers Insurance. 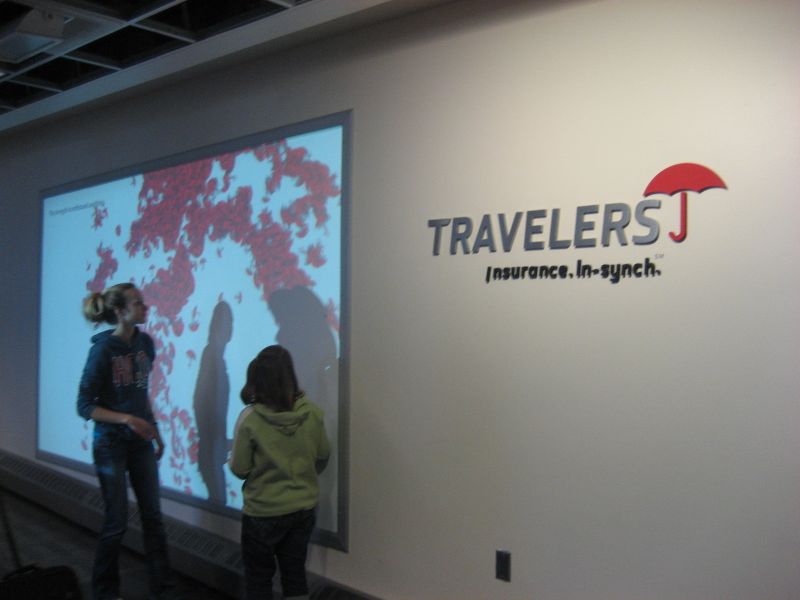 It's a series of tiny red umbrellas that can be mixed up via the touch screen, and then resolve to the larger, red umbrella logo. Play the video to see what I mean.

Very eye-catching. And for some reason it reminds me of that old school toy with the metal shavings, Fuzzy Face.

Not positive, but think it may be from these guys. 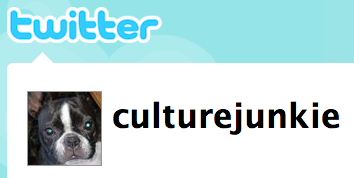 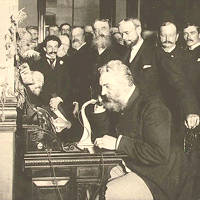 Just posted a recap of this morning's Social Media Breakfast at PUMA City over on the PARTNERS+simons blog. Here are a few photos from the event:

Click on over to the PARTNERS+simons blog to read my latest post on B2B vs. B2C marketing!

I was contacted by a member of The Viral Factory in London last week, the agency responsible for Samsung's new viral video for the Ultra Touch mobile phone. It's pretty funny; see for yourselves:

Everyone loves to watch/forward cute animal videos, and The Viral Factory added a big dose of humor to make this one a hit. Besides being funny, the video cleverly drives home Samsung's product message: many, many uses. The Ultra Touch is full of multimedia goodness: built-in digital music player and FM radio, high-quality video capture, 8 megapixel camera, GPS navigation with geo-tagging capability. All packed into a razor-thin 12.7mm brushed metal frame with 2.8" touch screen (and slide-out keypad if you prefer).

The viral campaign is seemingly a success: at the time of this posting has already had over 512,000 views and 258 comments (and a fair amount of mentions in the blogosphere). It's too bad that the Flash-heavy microsite offers up no method of registering for more info or where to buy. Seems like sort of a missed opportunity there.

After a 7 week hiatus (!) due to a very full schedule, I'm back with a new post on the PARTNERS+simons blog...all about B2B social media.

Here we go again: another installment of the Media Roundup on the PARTNERS+simons blog, plus Part 2 of How to Ruin a Perfectly Good Online Ad Campaign (I was quoted here and in Part 1 last week).

1) I was quoted in eCommerce Times last week, in an article called How to Ruin a Perfectly Good Ad Campaign; and

2) I posted a new Media Roundup on the PARTNERS+simons blog.

I Screen, You Screen

In case you missed it, I posted another ART+science Media Roundup on the PARTNERS+simons blog last Friday.

Go check it out and see how we've become surrounded by screens...

Posted at 10:35 AM in Advertising & Marketing, Technology & Entertainment | Permalink | Comments (0)