I have a fun new purchase to share. But first, an anecdote.

You may recall that I took a design tour of Milan last year. While packing for the trip, I decided to wear my trusty old Converse low-tops on the flight for comfort, thinking that I'd leave them in the hotel closet for the duration of my stay. Milan, after all, is one of the top fashion capitals of the world and I'd heard that Milanese women wear stilettos everywhere...even on bicycles (since confirmed).

But what I didn't know then is this: when Milanese women are not wearing stilettos, they are wearing Converse All Stars! I'm telling you, these iconic American sneakers were everywhere in Milan. It seemed like every 3rd person on the sidewalk (women and men alike) was wearing them. 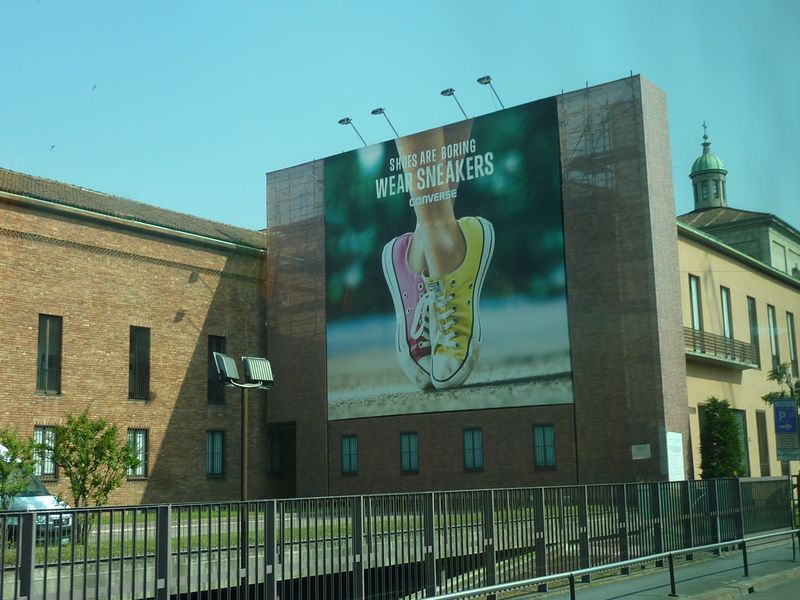 Store fronts featured them (and knock-offs):

And mine ended up getting a pretty good tour of the town...to meet designer Antonio Marras...

...and tour his gorgeous studio... 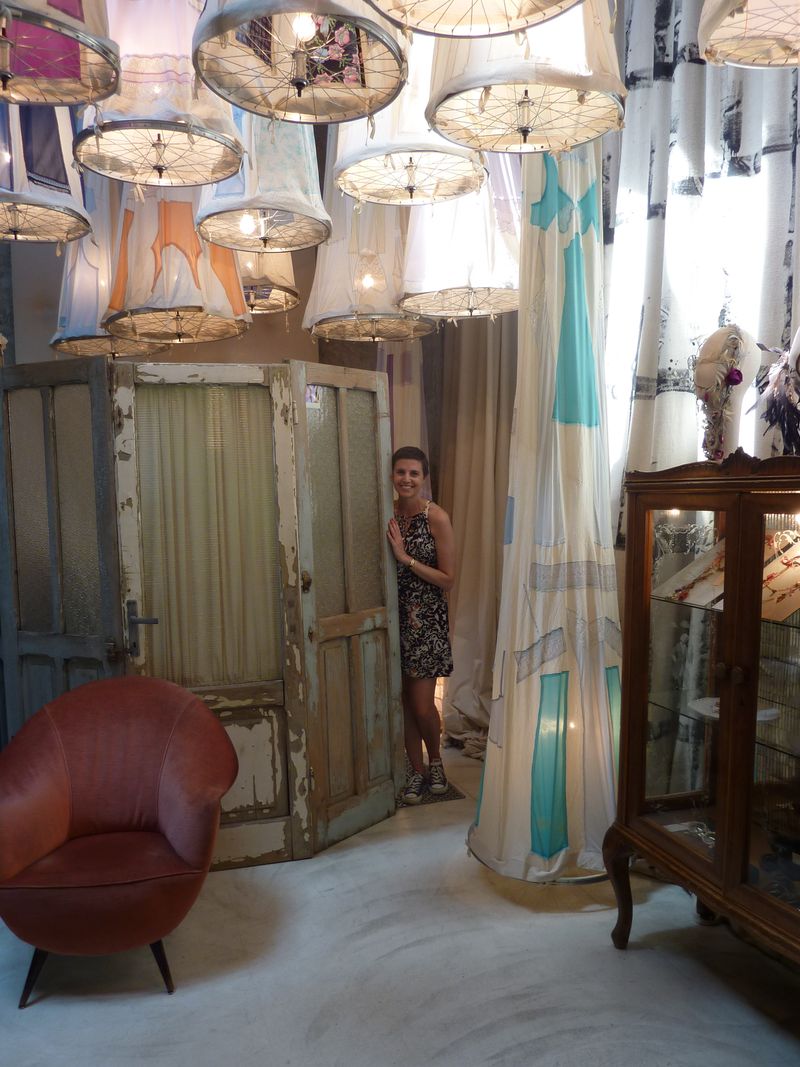 ..and lounge in my room at the Chateau Monfort.

Interestingly, I even wore them to tour Missoni headquarters and was delighted to learn when I returned home that Converse had teamed up with Missoni to launch six new designs featuring their famous chevron print. 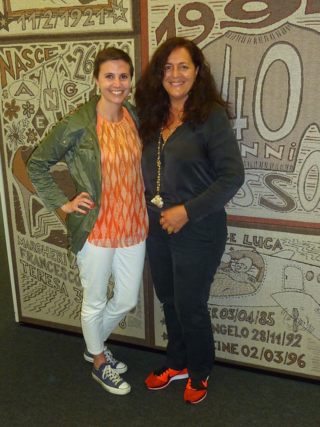 But the most exciting thing was when Converse - which was founded in nearby Malden, MA, and spent its most recent history in North Andover, MA (not far from my childhood home) - moved its worldwide headquarters to Lovejoy Wharf in Boston's North End (about a half mile from my current home).

The building houses about 500 employees, as well as Rubber Tracks (a community-based professional recording studio), and a 3500 square foot retail store on the ground level. Converse CEO Jim Calhoun even popped in to check on things while we were there (I hear his office is on the glass-encased top-floor of the building, which was a new addition that must afford spectacular 360-degree views of the city). Check out the fun lights in the lobby of the office building: 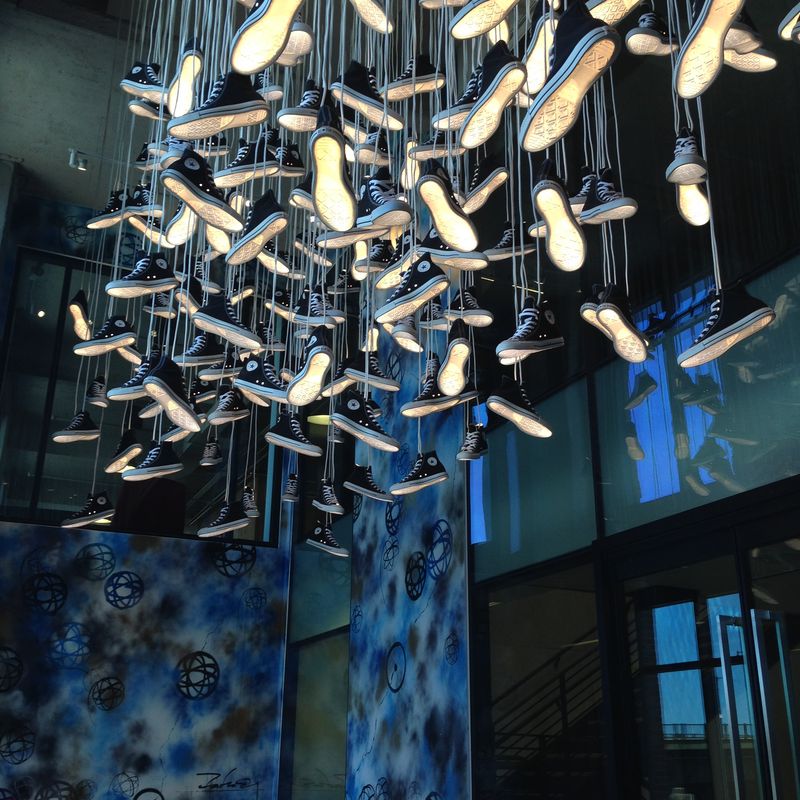 At the back of the retail store is the Blank Canvas workshop, where shoppers can customize their kicks, including choice of colors, materials, rubber toe caps, grommets, laces, and images - either from an assortment of ones in the Converse database (they have lots of fun Boston-themed images), or one you upload yourself (assuming you have copyright).

Which brings me to the real subject of this post, my sweet new customized Chuck Taylors: 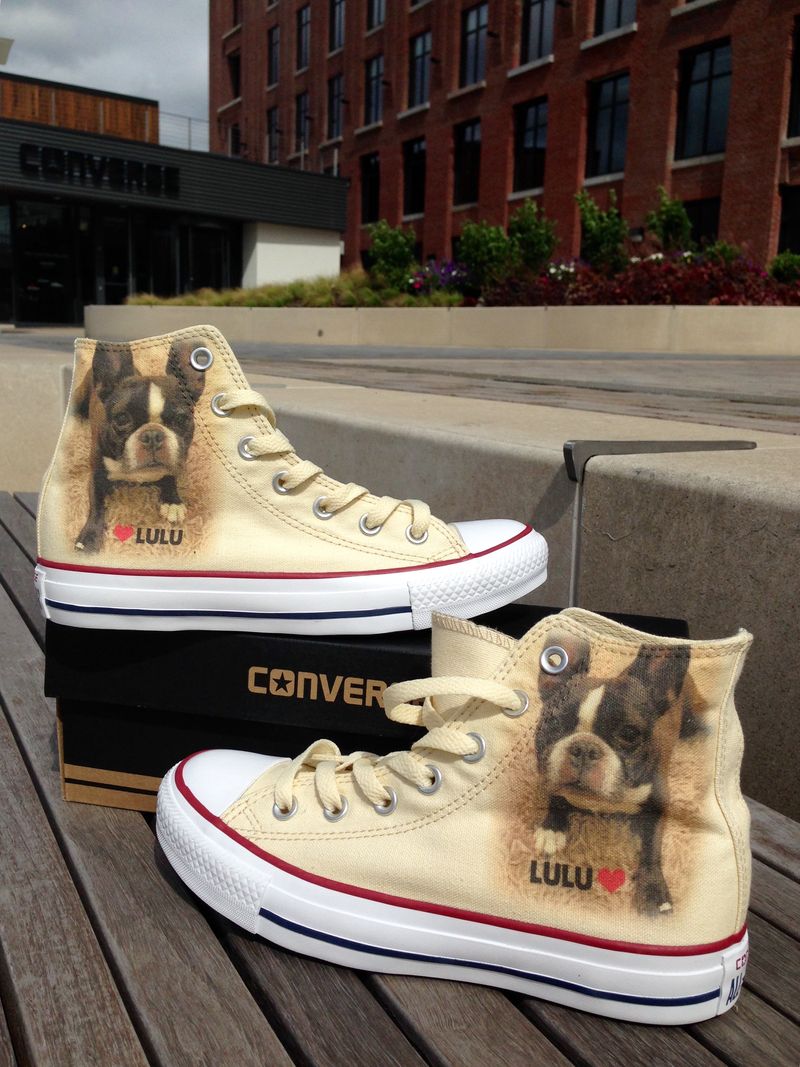 Because they're from the Boston store, they have the city designation inside, and a red strip along the bottom representing the Freedom Trail. 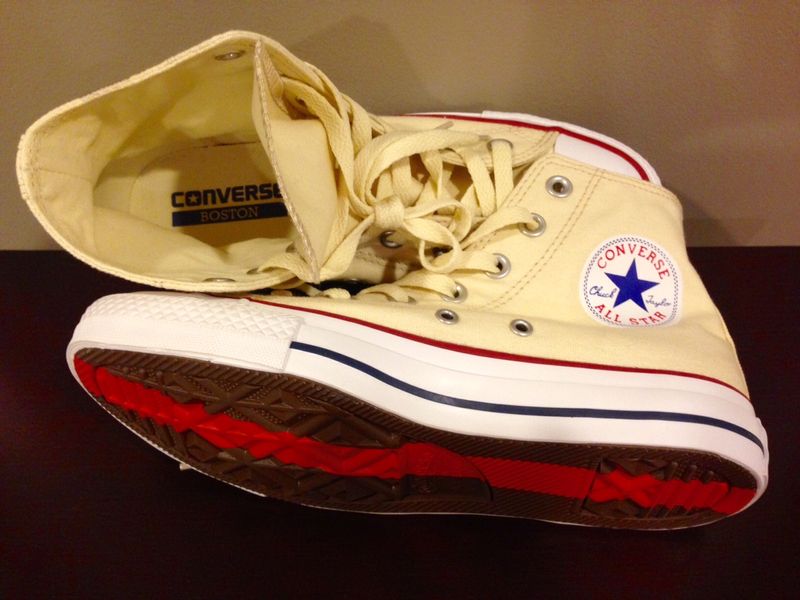 How cool is that? The ability to not only customize but really personalize the shoe - and to do it so quickly (often same-day, mine took a couple of days due to backlog) - is awesome. Bravo, Converse.

I'll see you around the Wharf.