One morning I woke up early and hopped in a Cocotaxi (a three-wheeled, two-seater taxi that is like a moped with a fiberglass roof) in order to explore Havana. 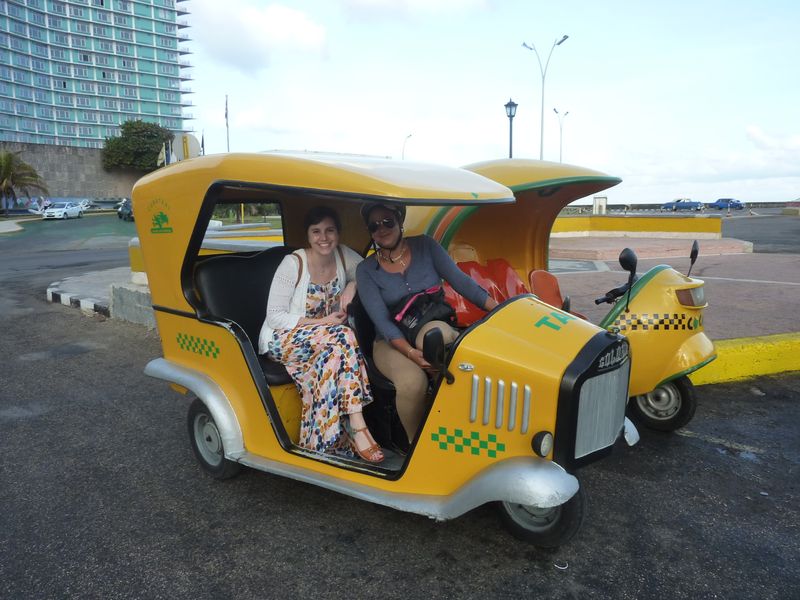 It was a nice way to go, because as you can see, it is open-air so I could enjoy all the sights and sounds, and my driver pulled over whenever I wanted to snap a photo. Which was often.

We headed down the Malecon, a broad walkway and seawall that extends 5 miles along the harbor from my hotel in the Vedado District down to Old Havana. It's very popular among locals, who you often see strolling, jogging, socializing, or fishing along its path. 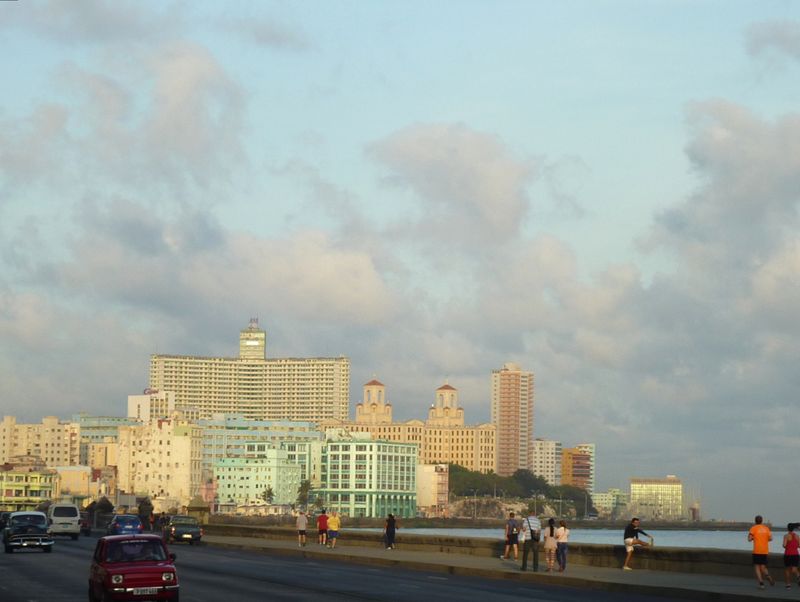 There are several points of interest along the Malecon, many marking historic military figures and events, like this status of a Cuban General on horseback: 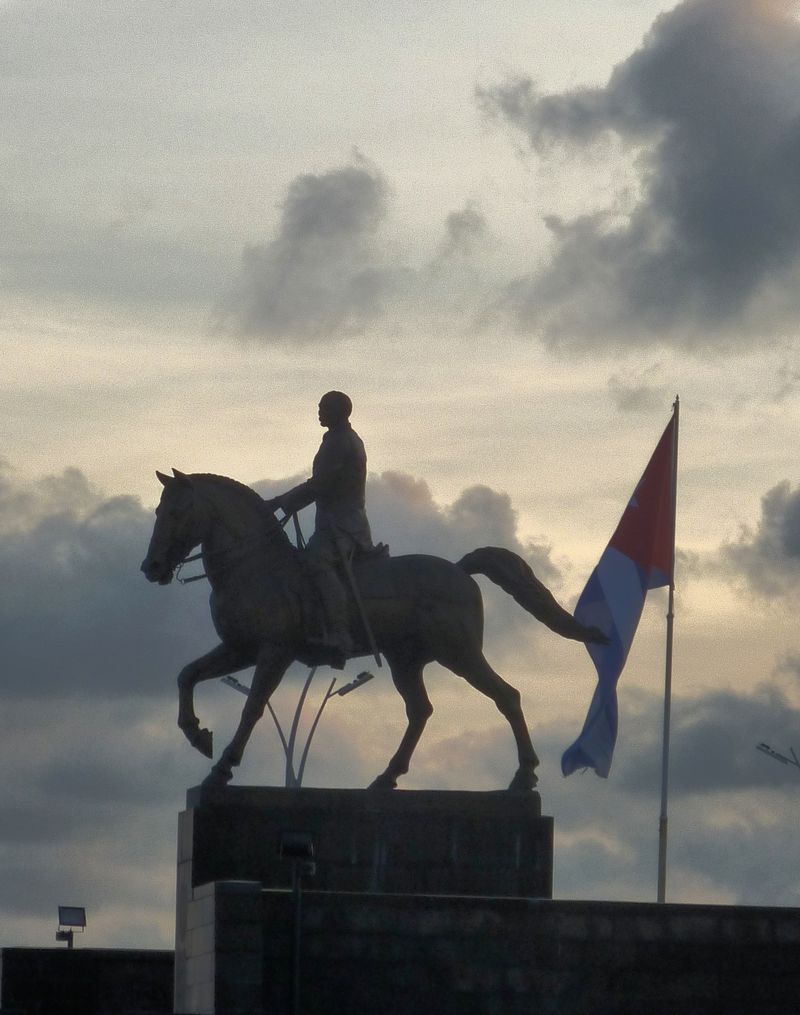 Another one, commemorating General Antonio Maceo y Grajales (an early guerrilla fighter in the war for Independence): 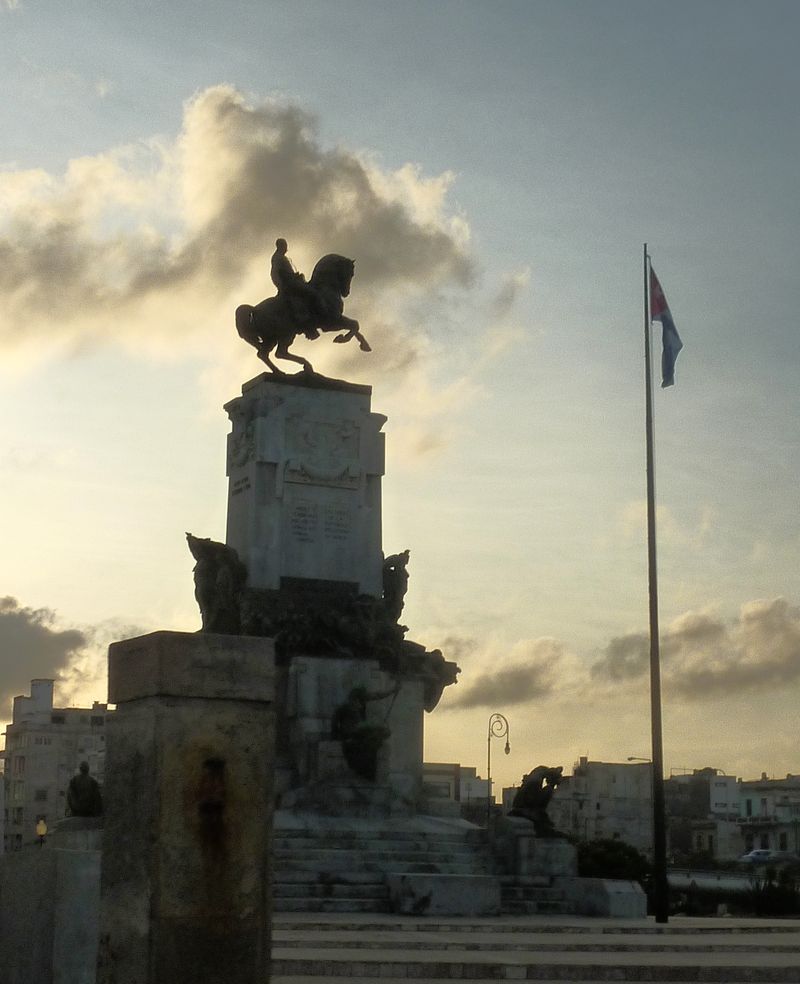 And even a monument to the 261 Americans killed by the explosion of the USS Maine, an armored cruiser sent to Havana Harbor in 1898 to protect U.S. interests there during the Cuban revolt against Spain. In all these years, no one has ever come forward to accept responsibility for the attack, which claimed three quarters of the ship's crew. Apparently, there used to be an eagle on top of this monument, but it was removed as too overt a symbol of American Imperialism. 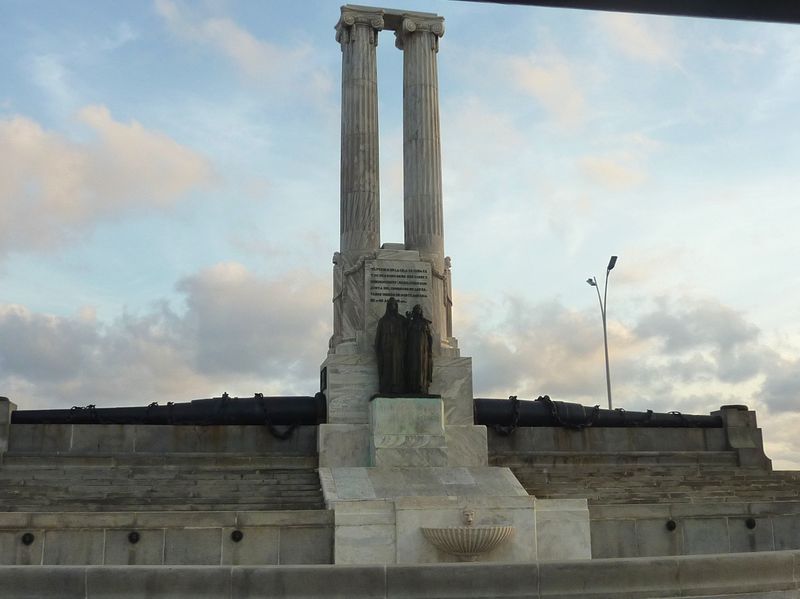 Speaking of which...the nearby José Martí Anti-Imperialist Platform opened in 2000 as a place for the government to hold rallies and showcase some spectacular propaganda like a billboard that proclaims, "we will never surrender." 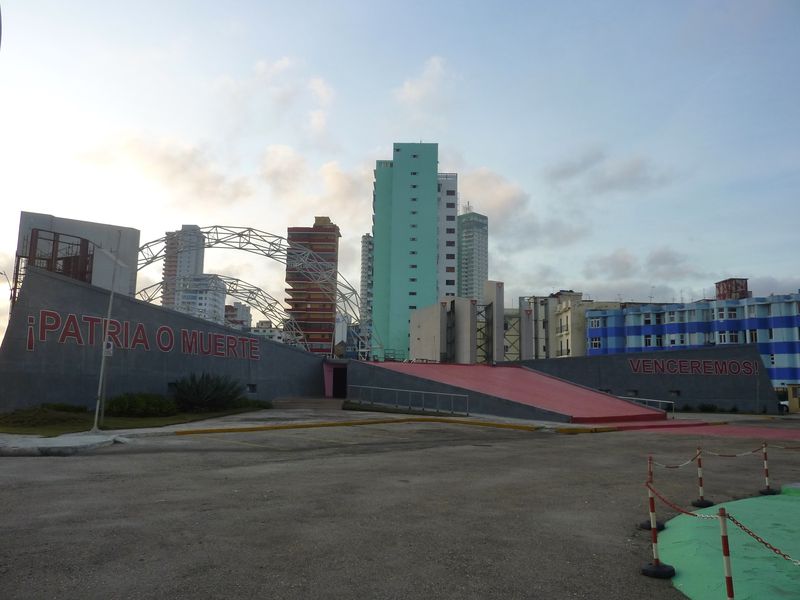 It's no coincidence that the platform is located right next to the U.S. Special Interests Section, our de facto embassy since diplomatic ties between our two countries were severed after the revolution. 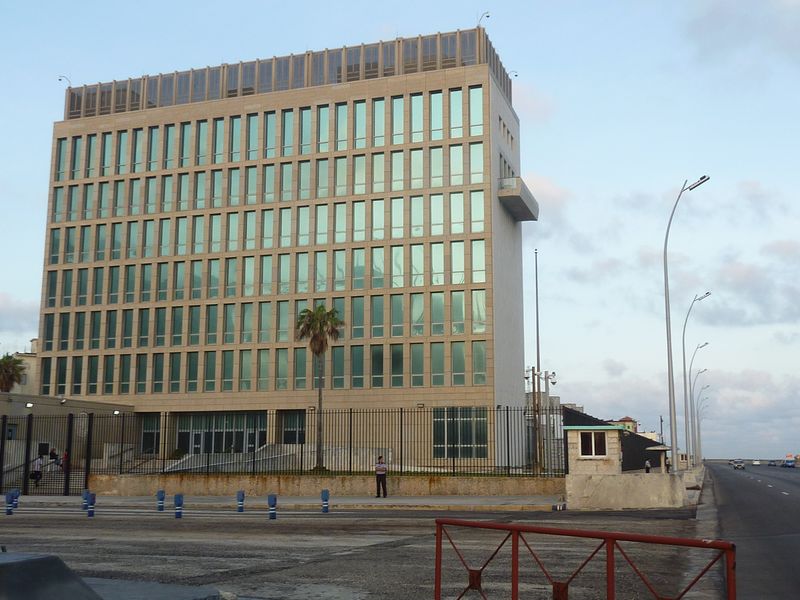 In 2006, US diplomats displayed messages on a scrolling digital billboard in the windows of their top floor - things like, "In a free country you don't need permission to leave the country. Is Cuba a free country?" and a quote from George Burns, "How sad that all the people who would know how to run this country are driving taxis or cutting hair." This so incensed Fidel Castro that he erected 138, 20-meter tall flagpoles carrying black flags with single white stars that obscured the messages. The flags have since been taken down, but the flagpoles remain, separating the platform from the Special Interests Section building: 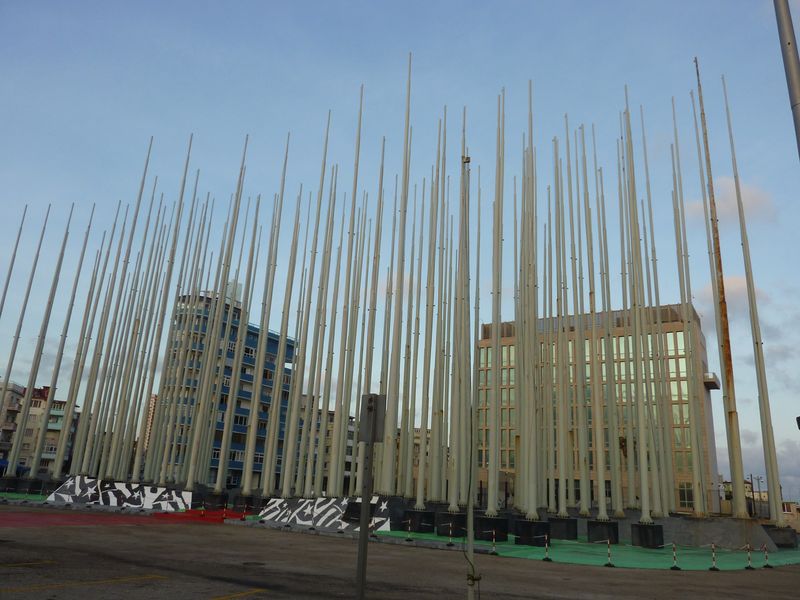 The next stop along the Malecon was the historic Hotel Nacional de Cuba, a large Art Deco building opened in 1930 and host to a who's who of '30s and '40s era celebrities, including Errol Flynn, Meyer Lansky, Winston Churchill, Fred Astaire, Buster Keaton, Lucky Luciano, Rita Hayworth, Ernest Hemingway, Frank Sinatra, Ava Gardner, Nat King Cole and Walt Disney. It became the site of Castro's 26th of July Movement during the revolution. 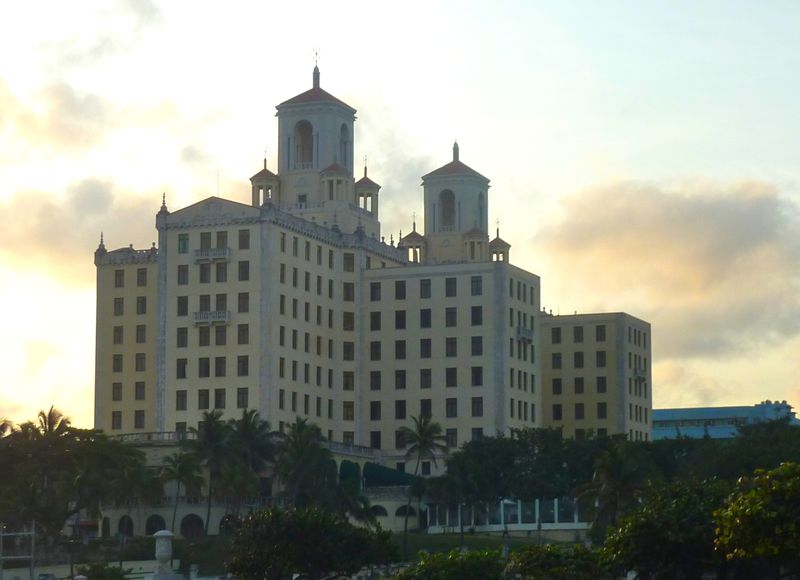 The Parque Nene Traviesa is a mosaic wonderland created by ceramicist and painter José Fuster, who's designs have completely overtaken his hometown of Jaimanitas to the north of Havana. Here, too, we passed the sherbert-colored buildings and classic cars that have become iconic Cuba: 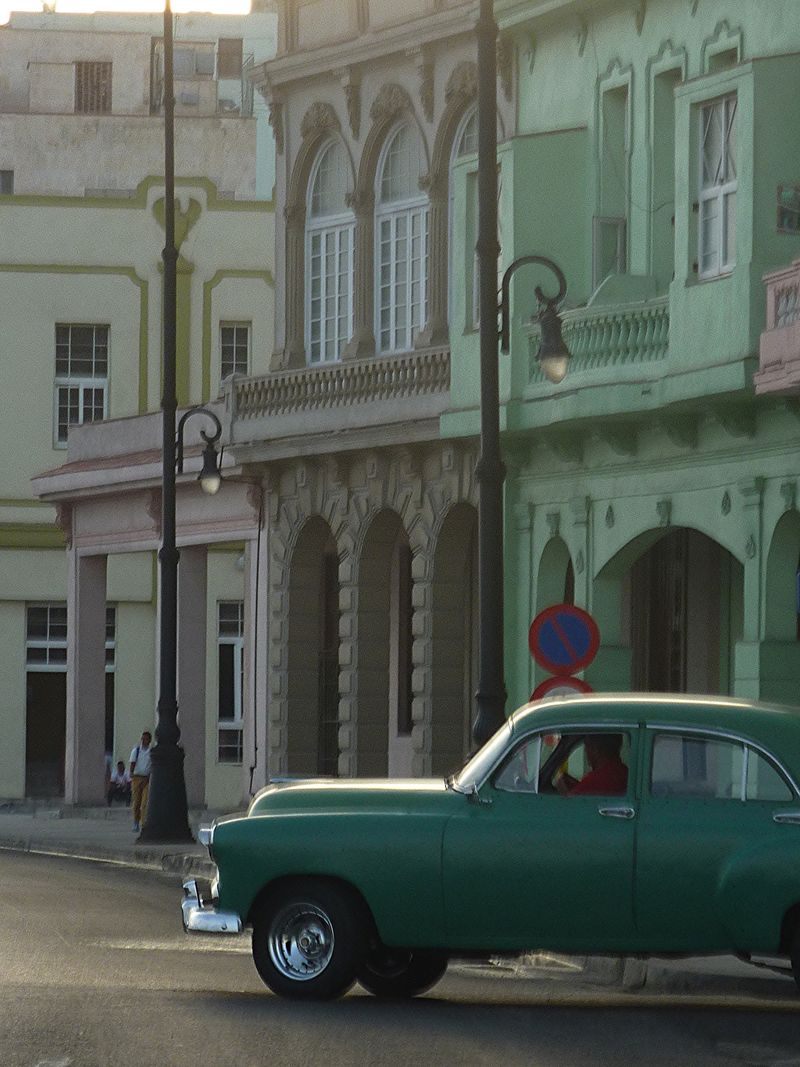 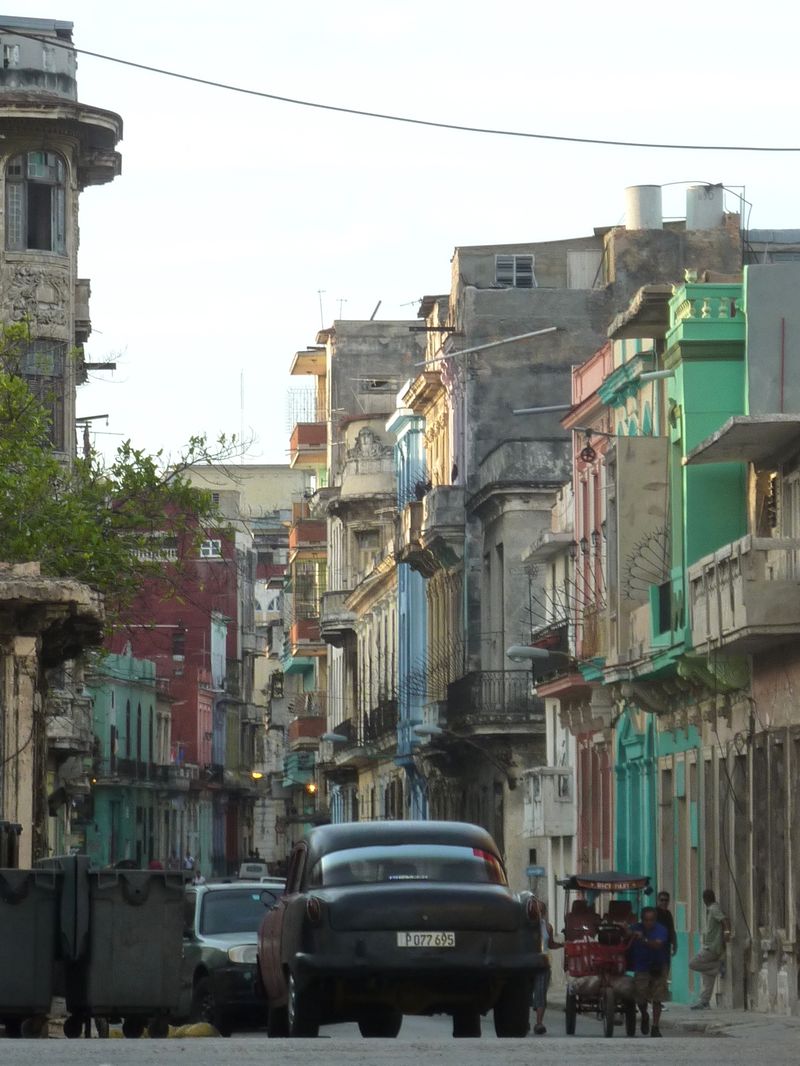 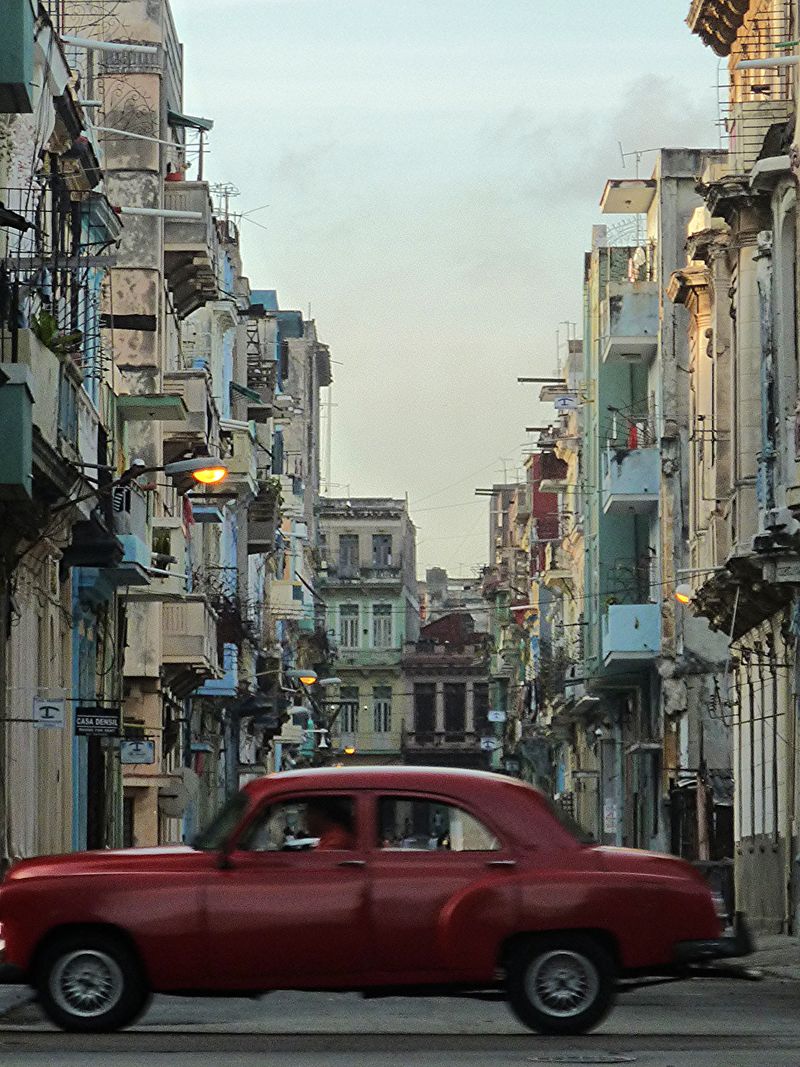 But moving further into Habana Centro, the buildings become much more fragile, congested and run down. Some are clearly - if astonishingly - still inhabited, while others are literally just shells for their former selves that could crumble at any moment. 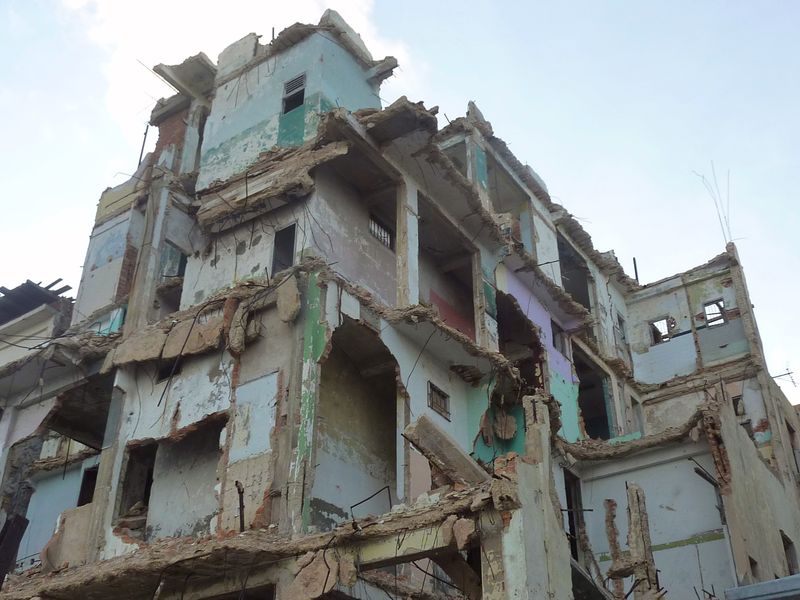 Despite the decay, there is a hint of their glory days in the pastel colors of their peeling paint, and the Moorish design of their broken tile work. 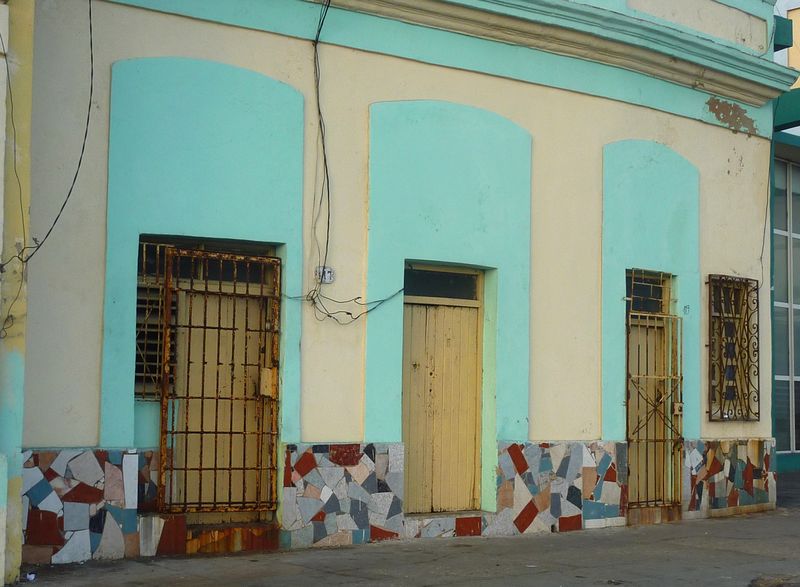 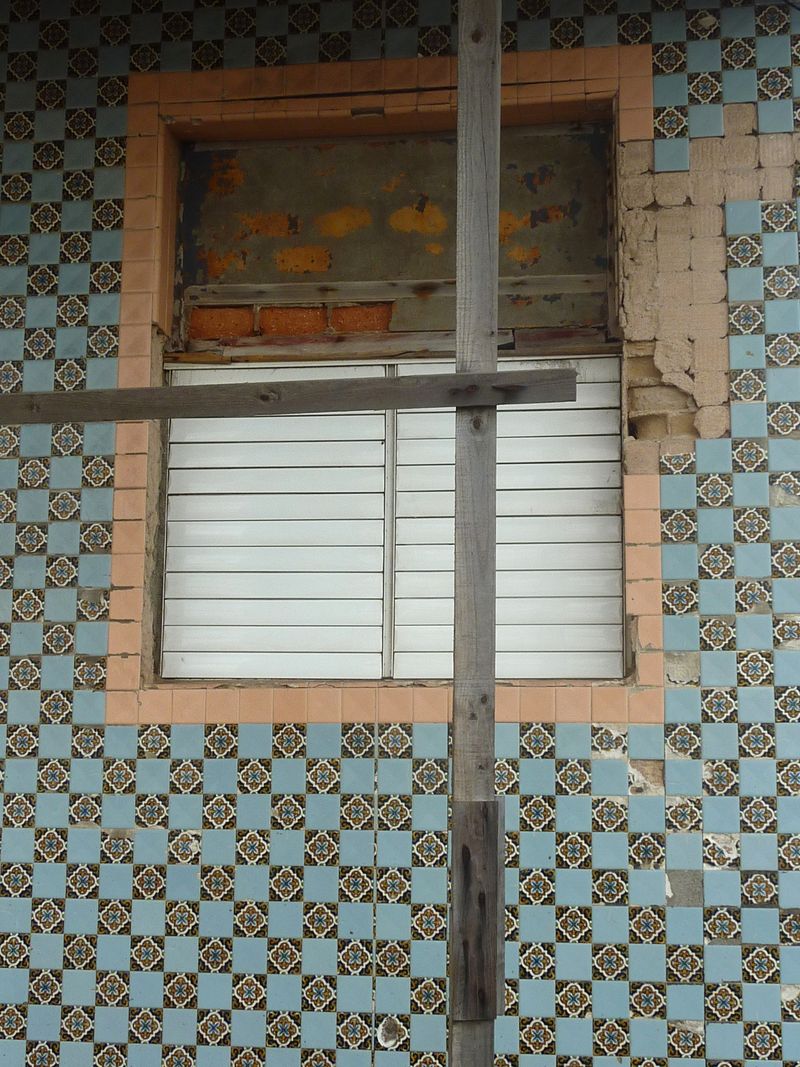 This area is also home to some impressive street art: 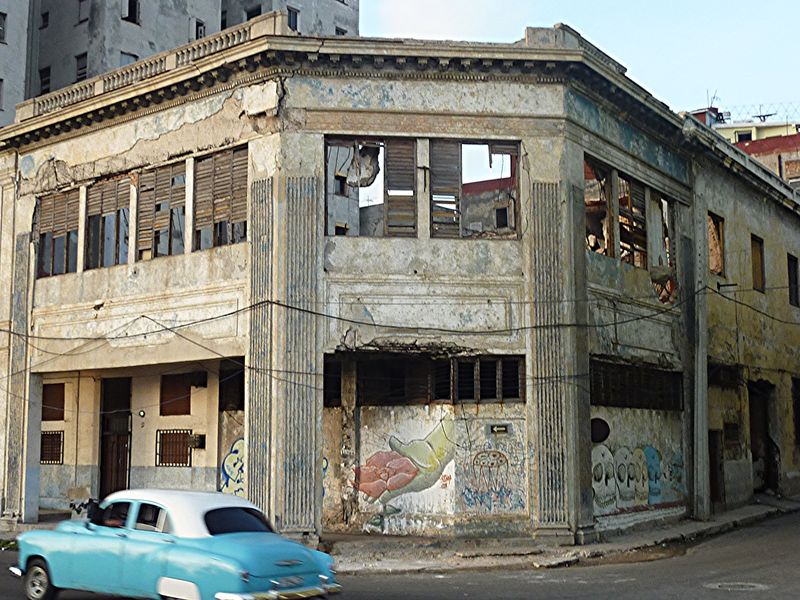 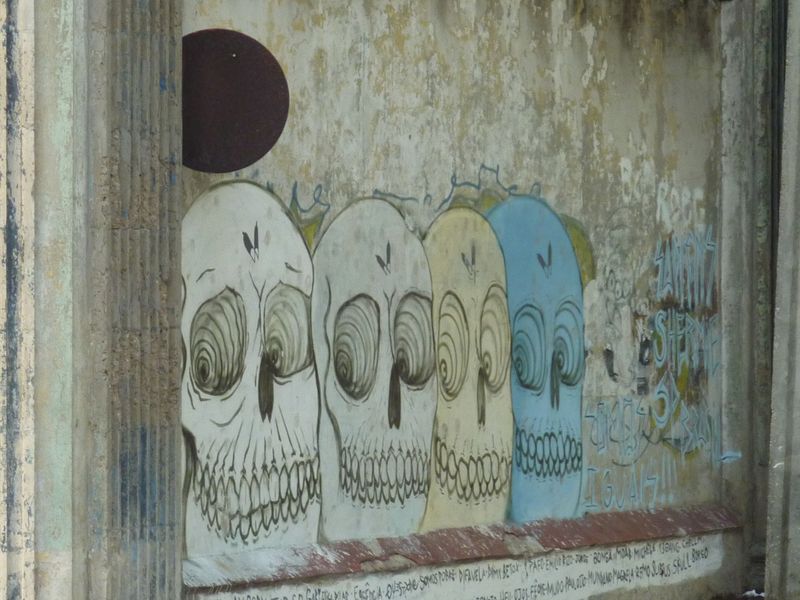 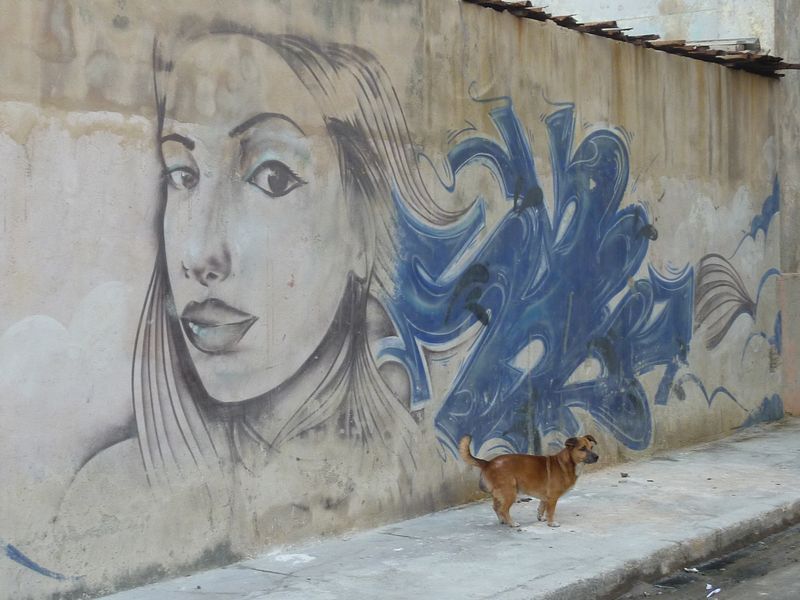 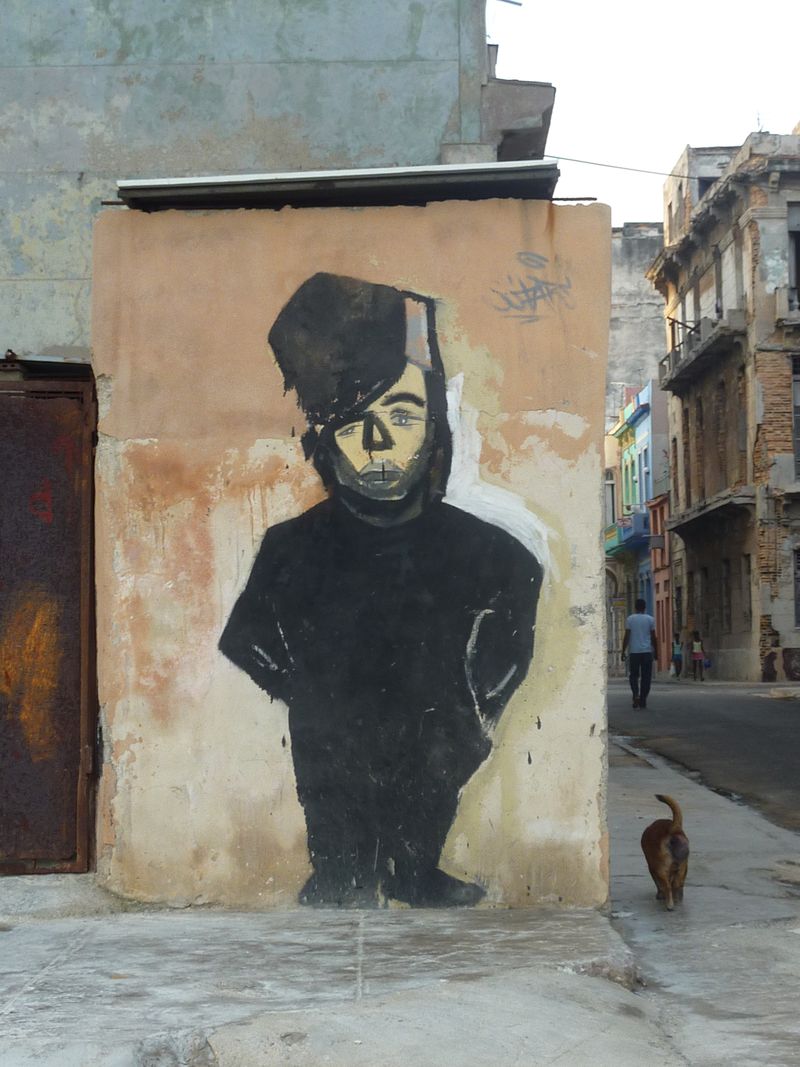 It isn't until you get closer to Havana Vieja at the eastern end of the Malecon that the buildings have been fully restored. And it is at this end that we encounter Castillo De Los Tres Reyes Del Morro (Morro Castle), a fortress built in 1589 to protect the port of Havana (and the ships docked there that were loaded with New World goods bound for Spain) from pirates or other enemies. 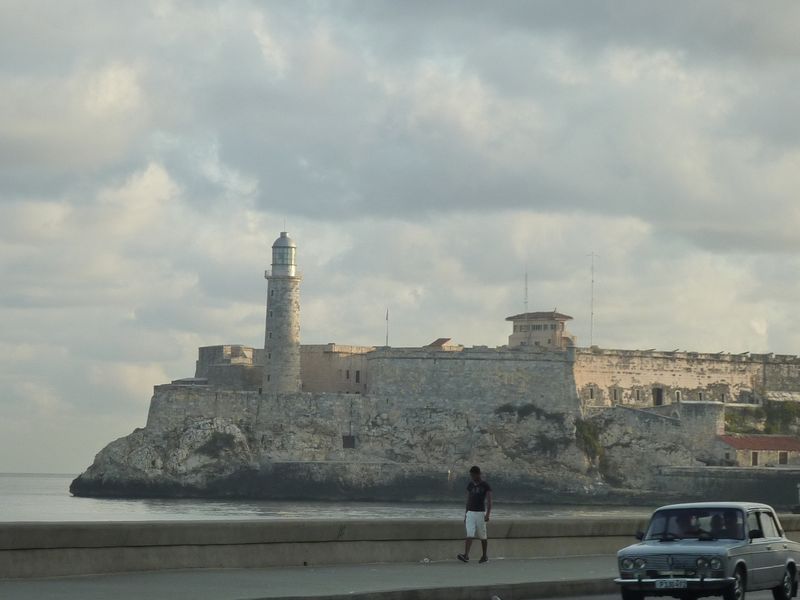 This is essentially where the Malecon ends. I had the Cocotaxi take me inland for the return trip to the hotel, and will save those photos for another post.

Thank you, PT! It really is a remarkable place, and there's even beauty in the run down parts.

Lovely photos! Shows the various aspects of Havana from crumbling elegance to the iconic Hotel Nacional.