After exploring the Plaza de San Francisco, we headed over to the Port of Havana to check out the Almacenes de San José craft market. 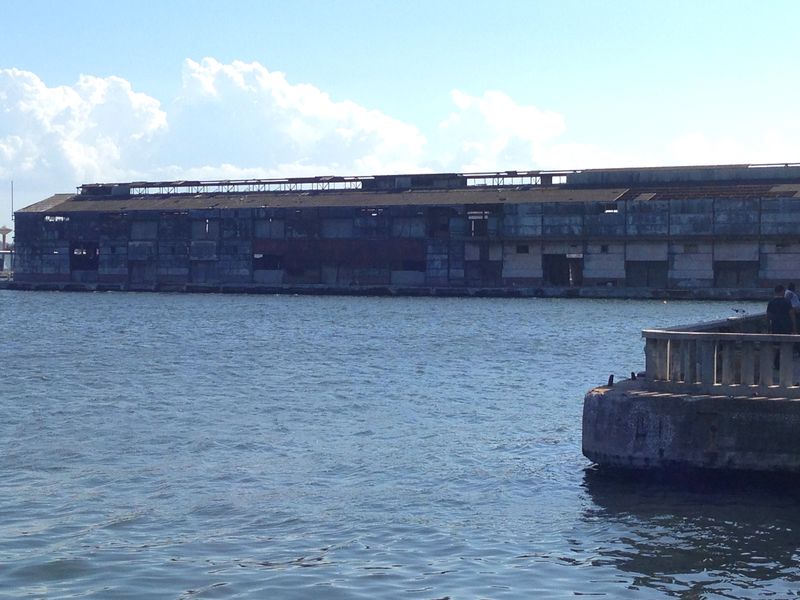 The market is housed in a giant steel warehouse dating back to 1885 and is now home to local artisans selling leather goods, baskets, ceramics, wood carvings, linens, and lots and lots of paintings. 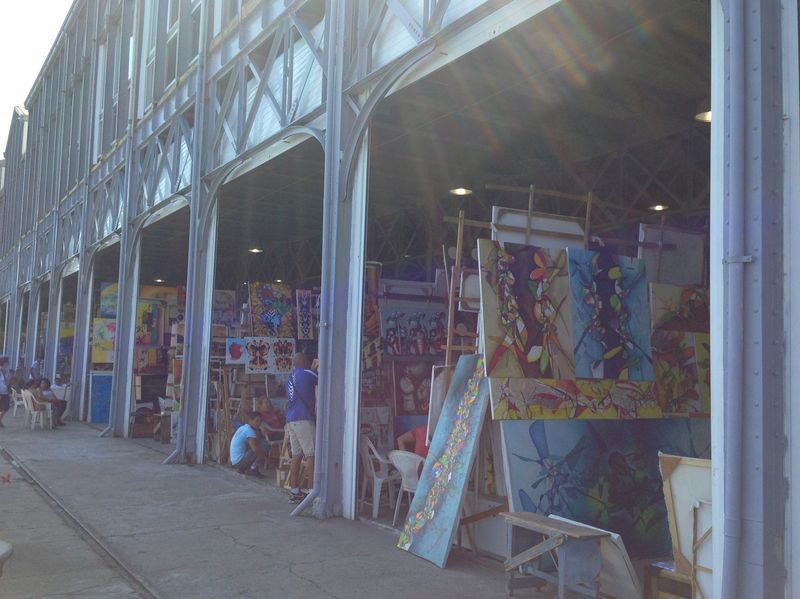 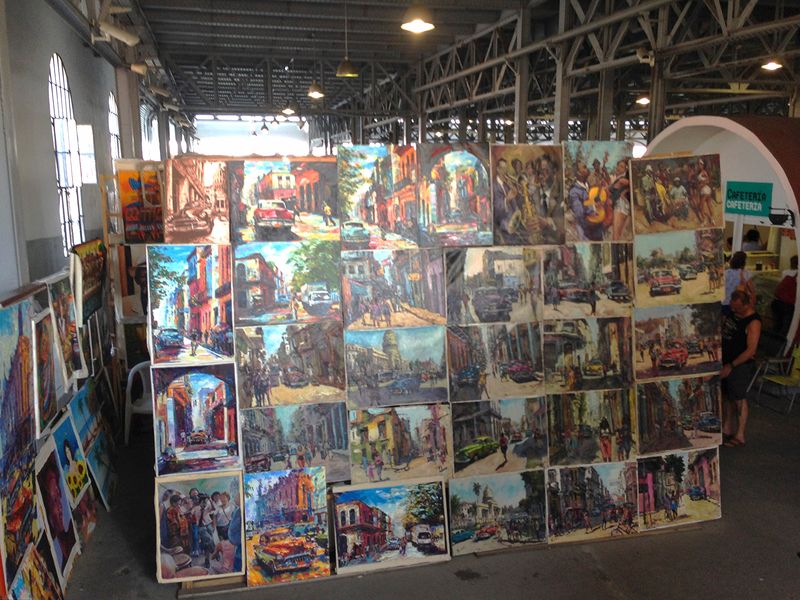 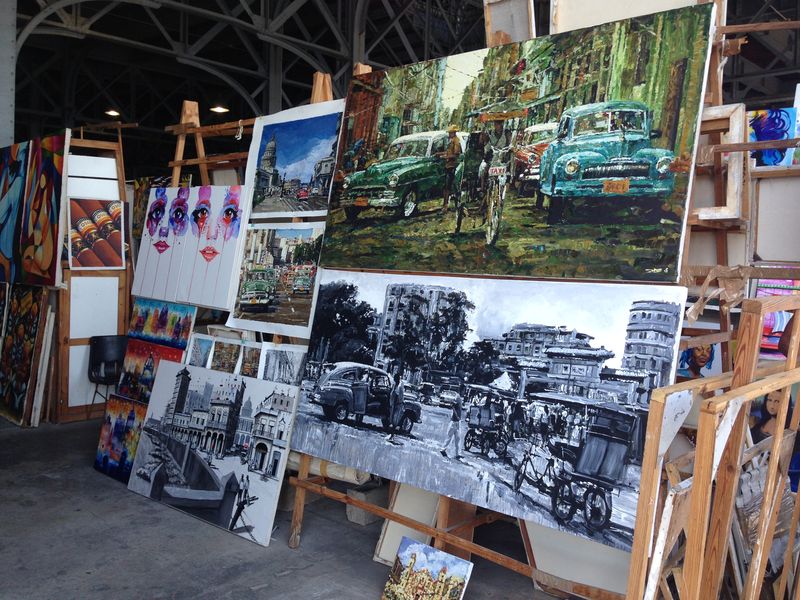 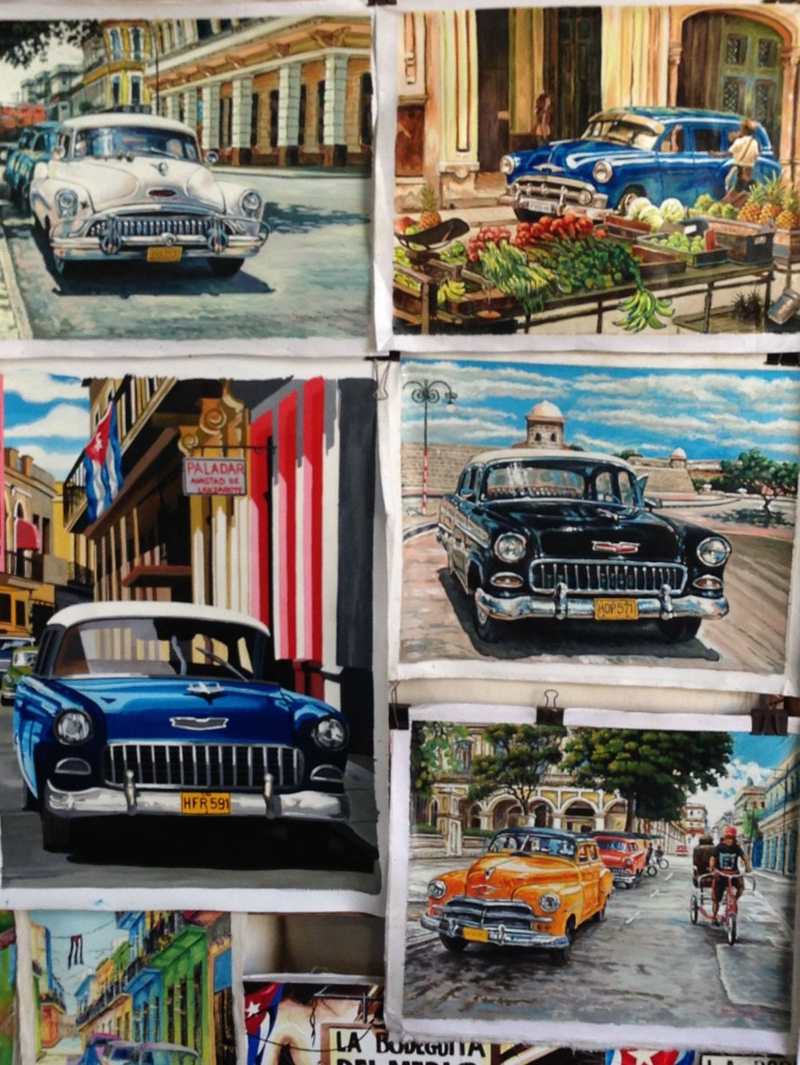 Outside, young men played chess (a common site here...if not chess, then dominoes which seems to be wildly popular in Cuba!) 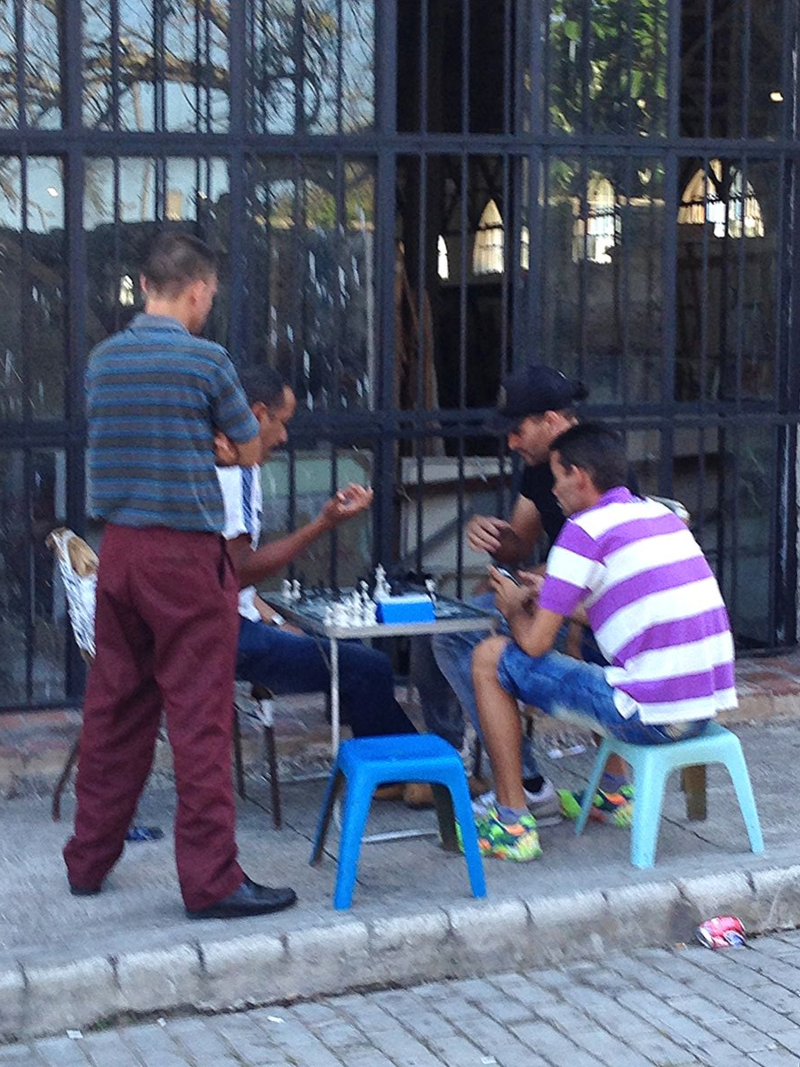 A quick walk around the block afterwards showed this to be a somewhat grittier neighborhood than we'd seen so far (typical for the dock area in any city, I would imagine), but still boasting some fabulous street art and flashy cars. 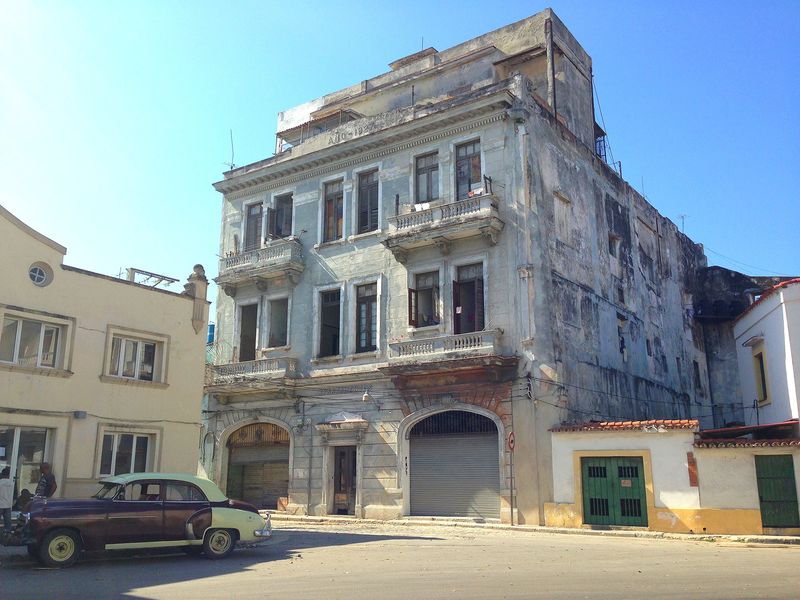 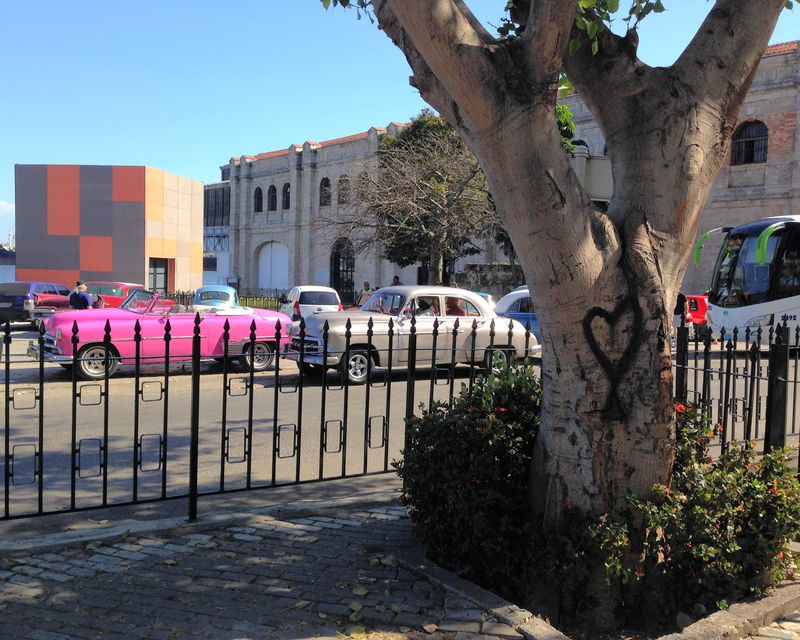 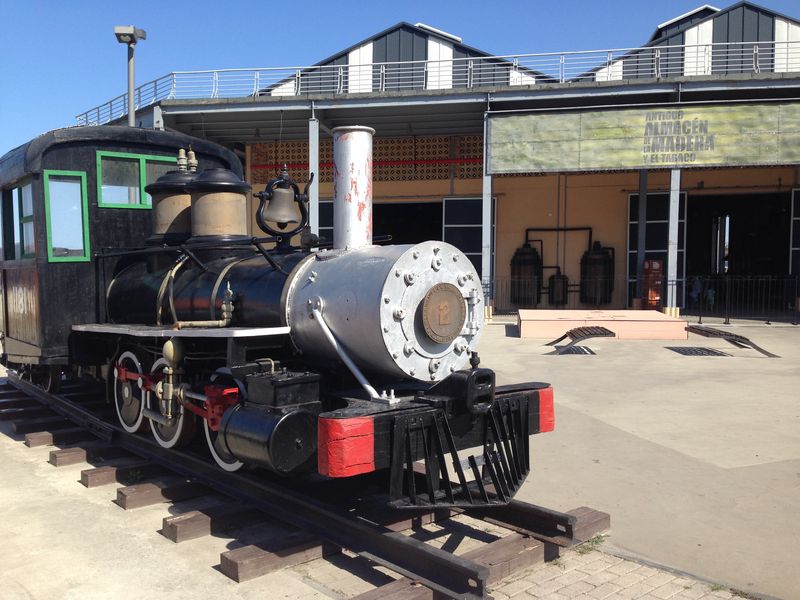 Inside people sit at tables with tall "tarros" at the center - glass towers that hold up to six jugs of beer! Each has a spigot at its base so diners can serve themselves (while enjoying the house special, "chuleta de puerco a la cerveza," - pork chop with beer). Yum! 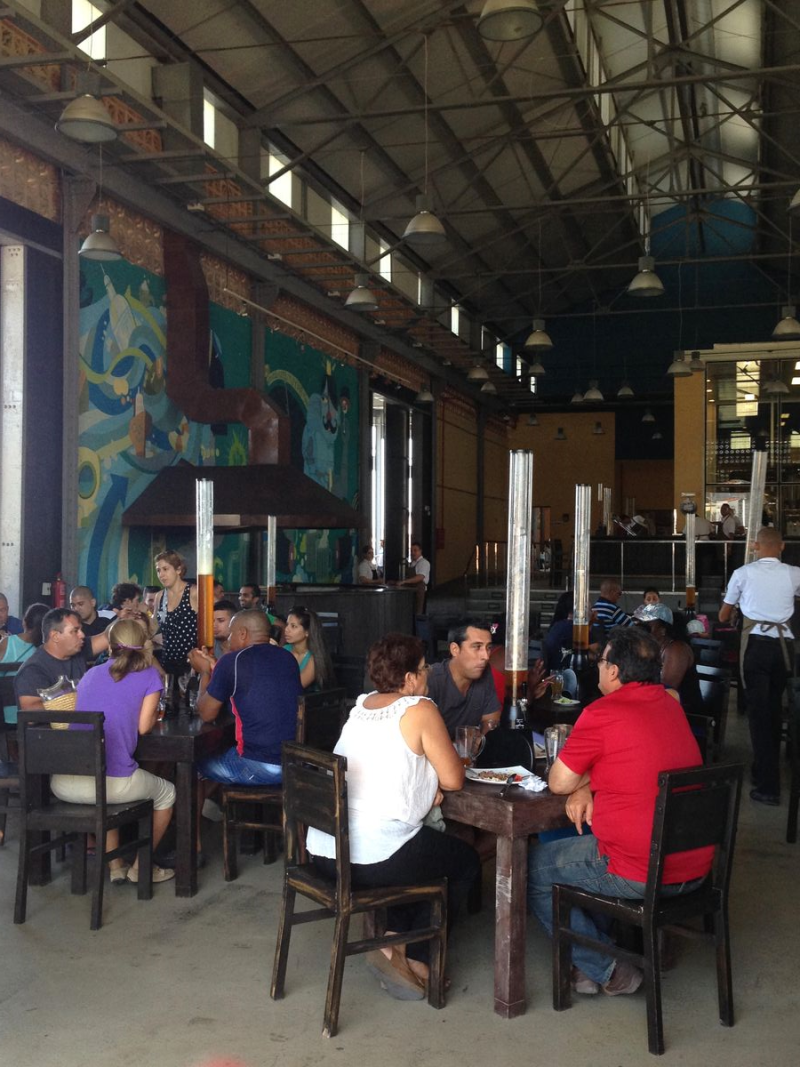 Later in the week, there was a British cruise ship in the port (remember, only US tourists have been prohibited from traveling here...other countries have been vacationing in Cuba for years). 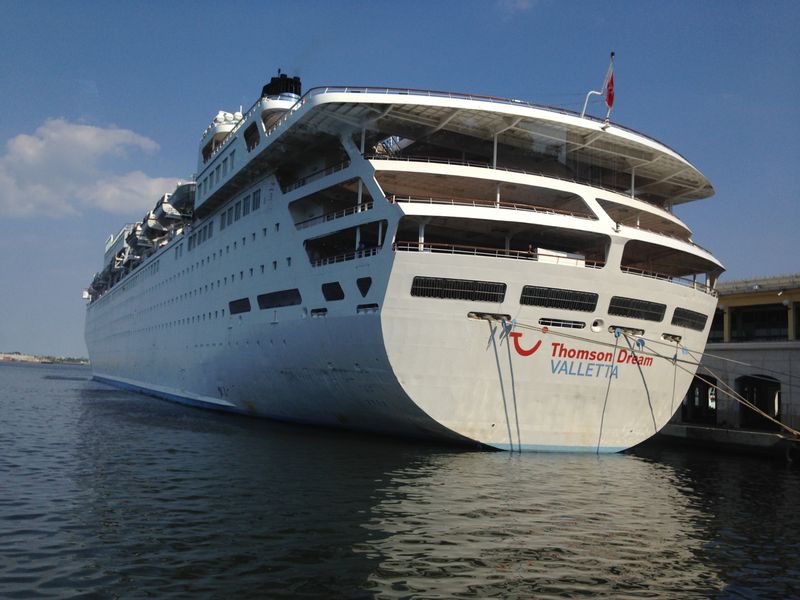