In and Around Plaza Vieja

Happy Easter! Here's a timely photo from our walking tour through Plaza Vieja in Old Havana: 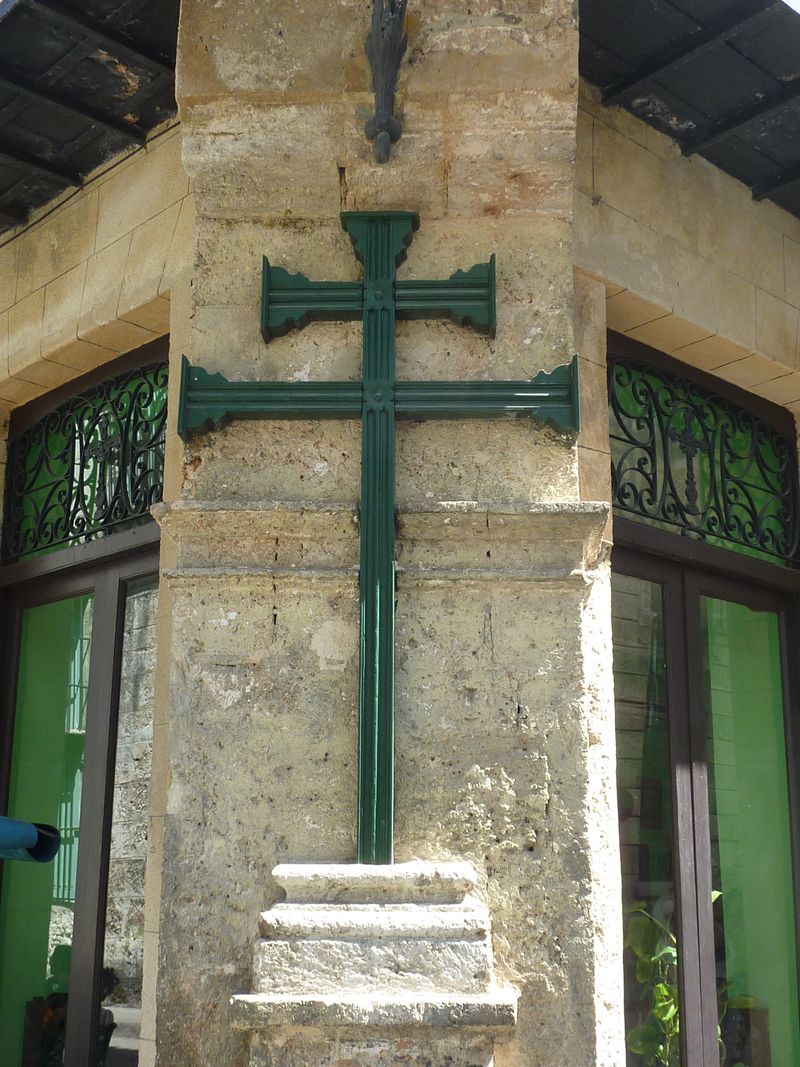 This green cross, Cruz Verde, at the corner of Amargura and Mercaderes is one of twelve that existed along this road in early colonial days. Each Easter, Cubans would make a pilgrimage along the Via Cruces (Way of the Cross), from Plaza San Francisco to Plaza del Cristo. The building now contains apartments and the Museo de Chocolate - a cafe where everything on the menu contains chocolate! 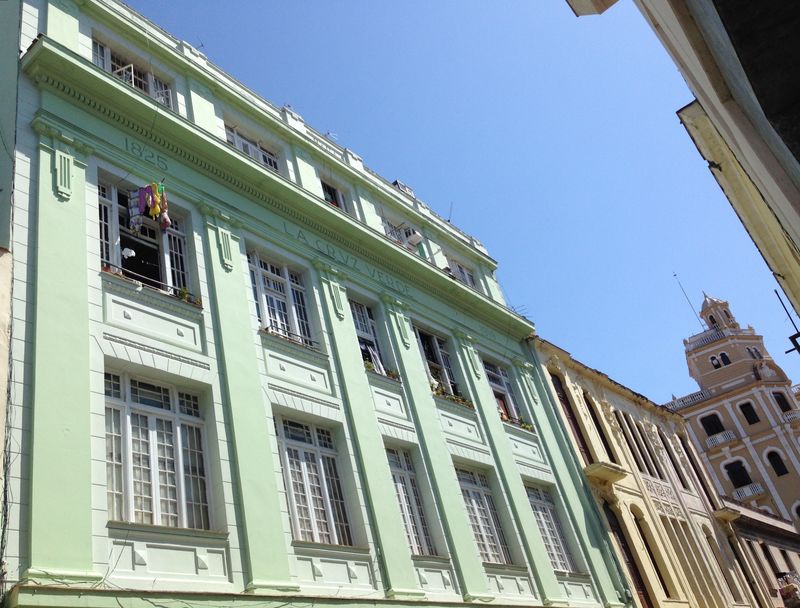 We saw many shades of green in this particular area, like the trimming on this building at the corner of Calle Mercaderes: 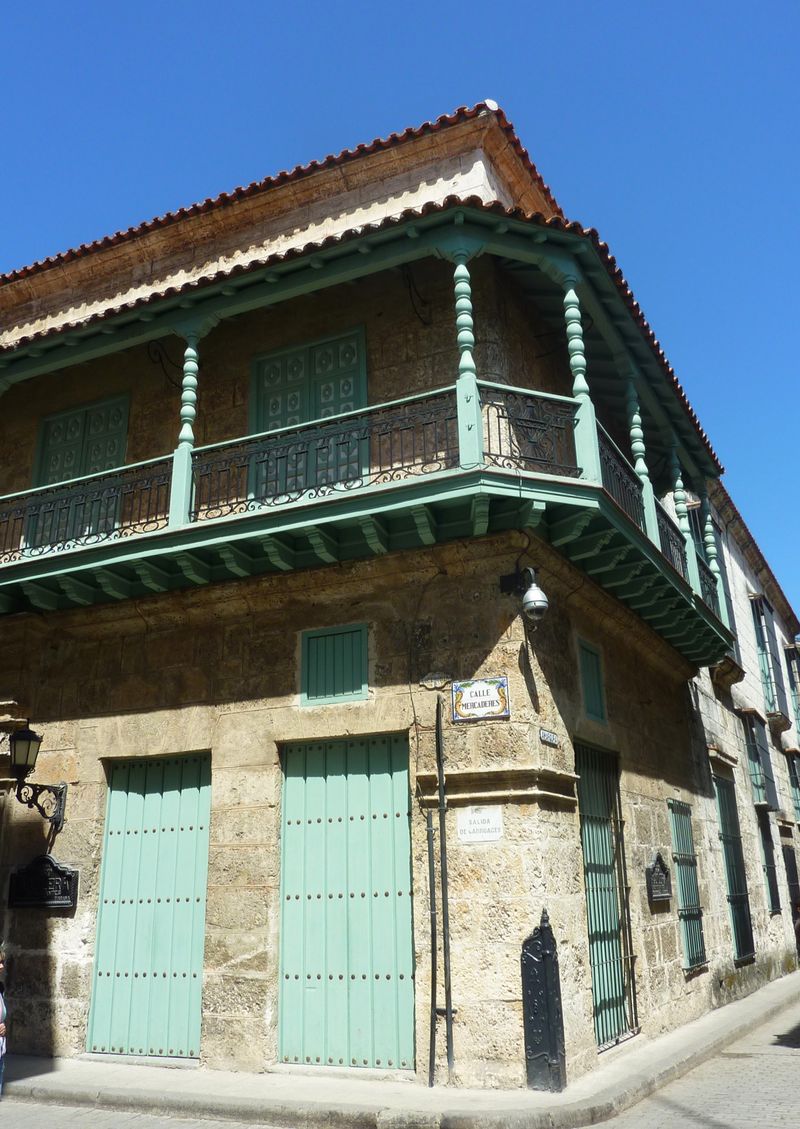 This wall with the famous image of Che Guevara: 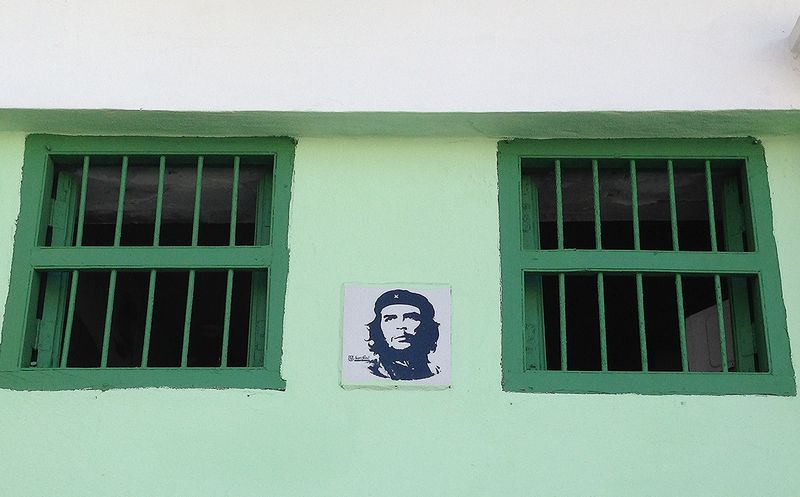 And this shuttered window: 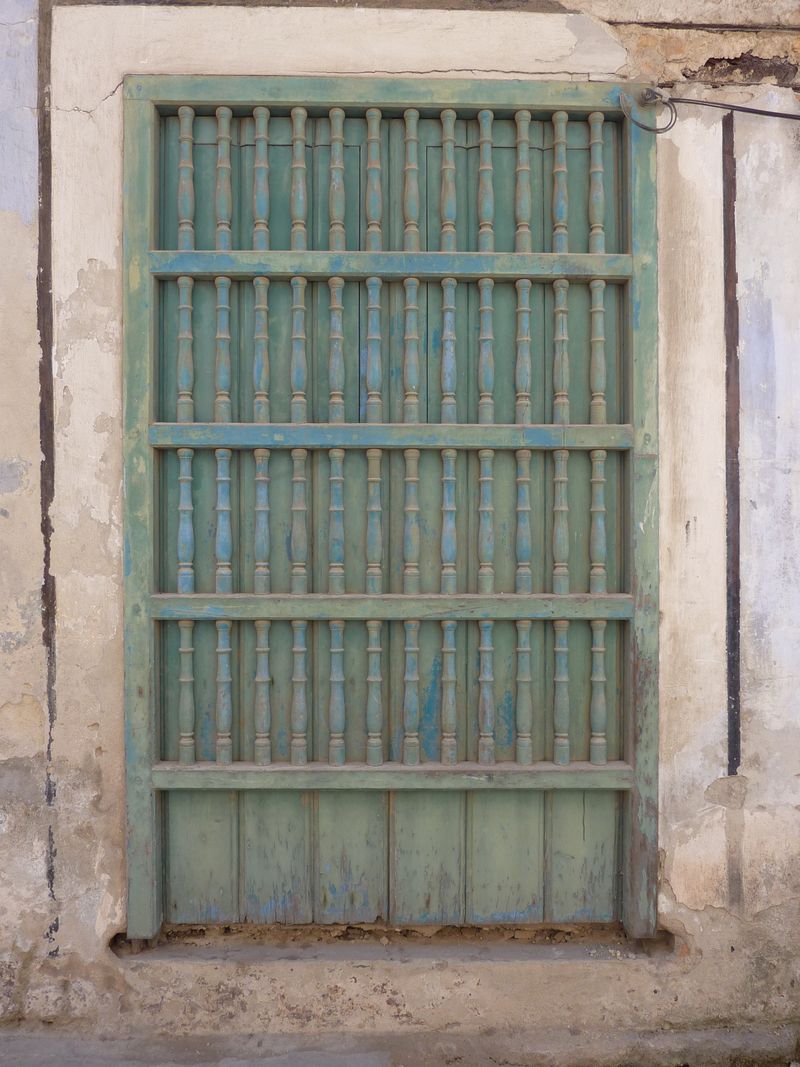 I just love the colors of these old buildings - it's like the patina on oxidized copper. 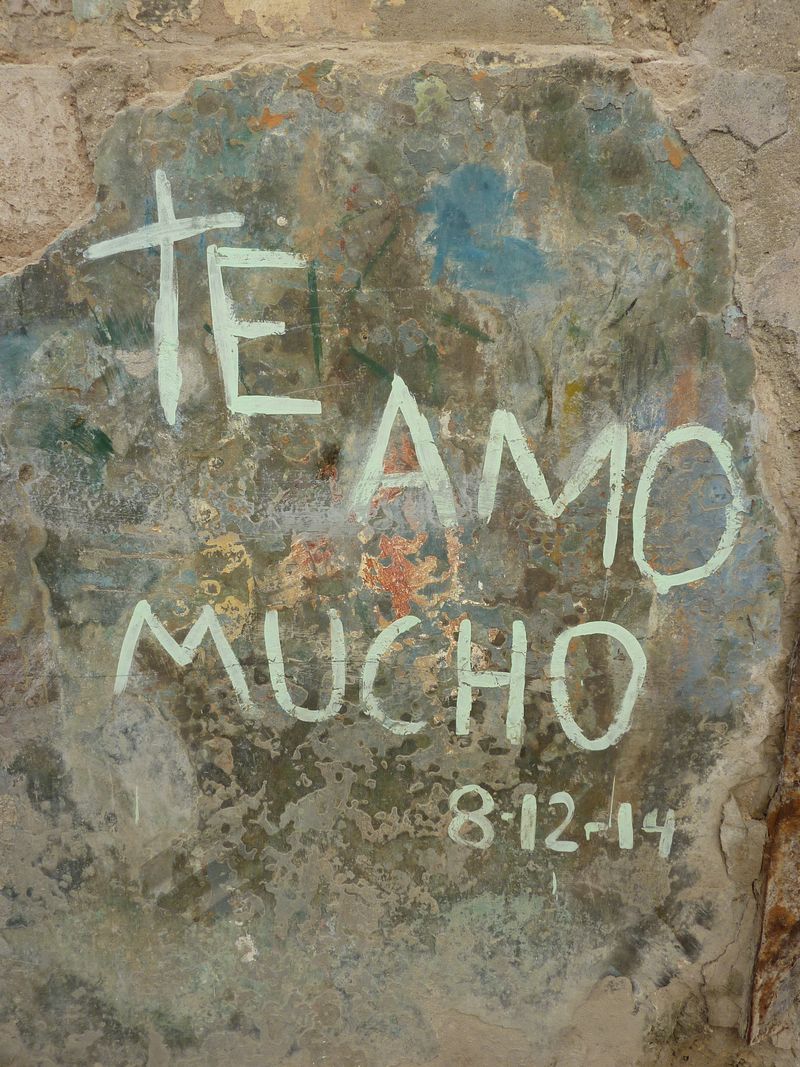 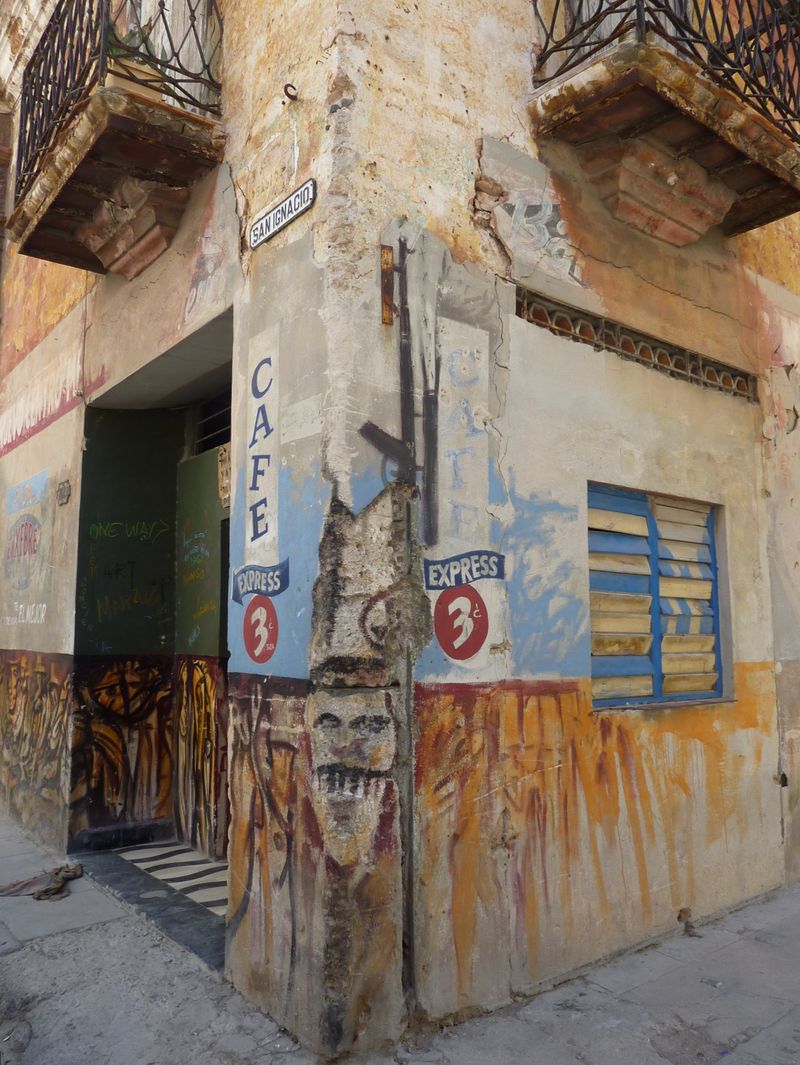 One building did have these framed, blue Delft tiles hanging outside; I'm not sure what the back story is there: 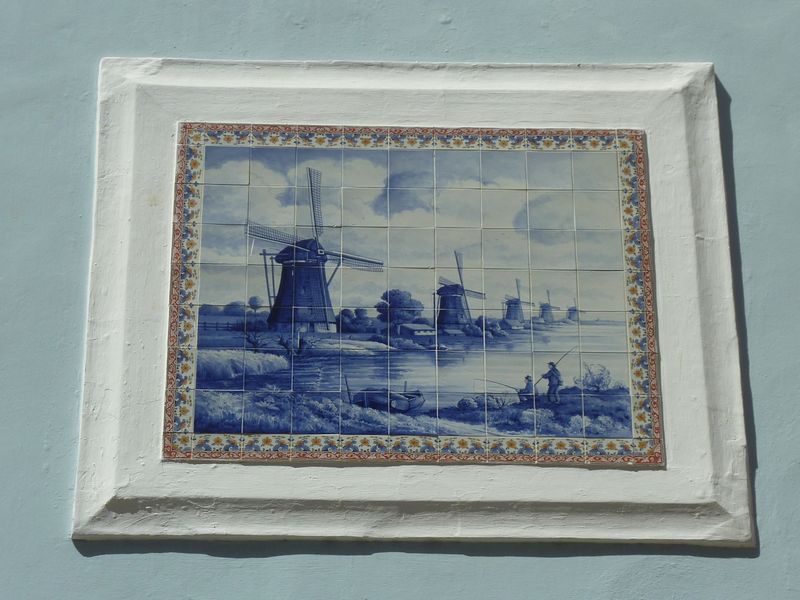 There are also some magnificently ornate buildings on the square, like the Gómez Vila Building below, which houses Havana's Camera Obscura on the top floor (the only one of its kind in Latin America and the Caribbean). If you're not familiar with camera obscura ("dark chamber"), it's a method of photography whereby light is reflected through a pinpoint hole in a darkened room - in this case, images of the Havana streets below are projected on the room's walls. I first learned about it via the work of Abelardo Morell (he's Bowdoin class of '77 and was born in Havana!). 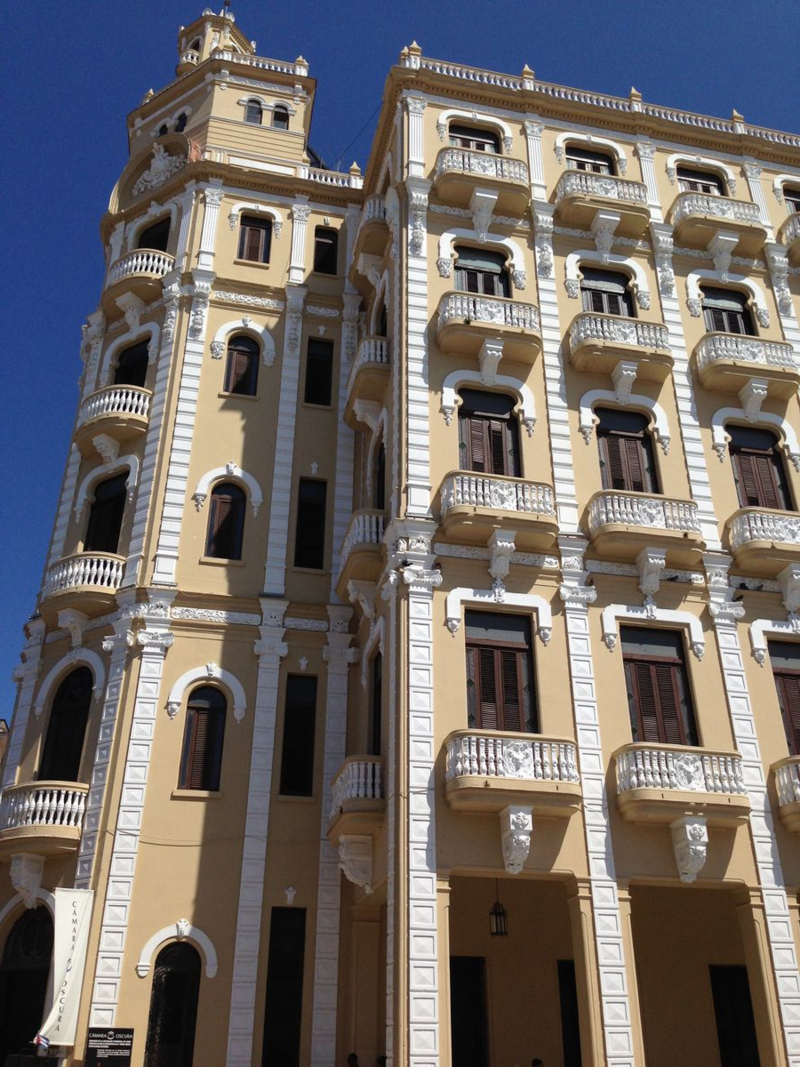 Then there is the grand, baroque styling of the Hotel Raquel, originally built in 1908 as textile storage warehouse and renovated into lodging around 2003. "Raquel" is Hebrew for "innocent," and the hotel is dedicated to Jewish art, cuisine, and heritage (it is near a Jewish neighborhood in Havana). The hotel's exterior: 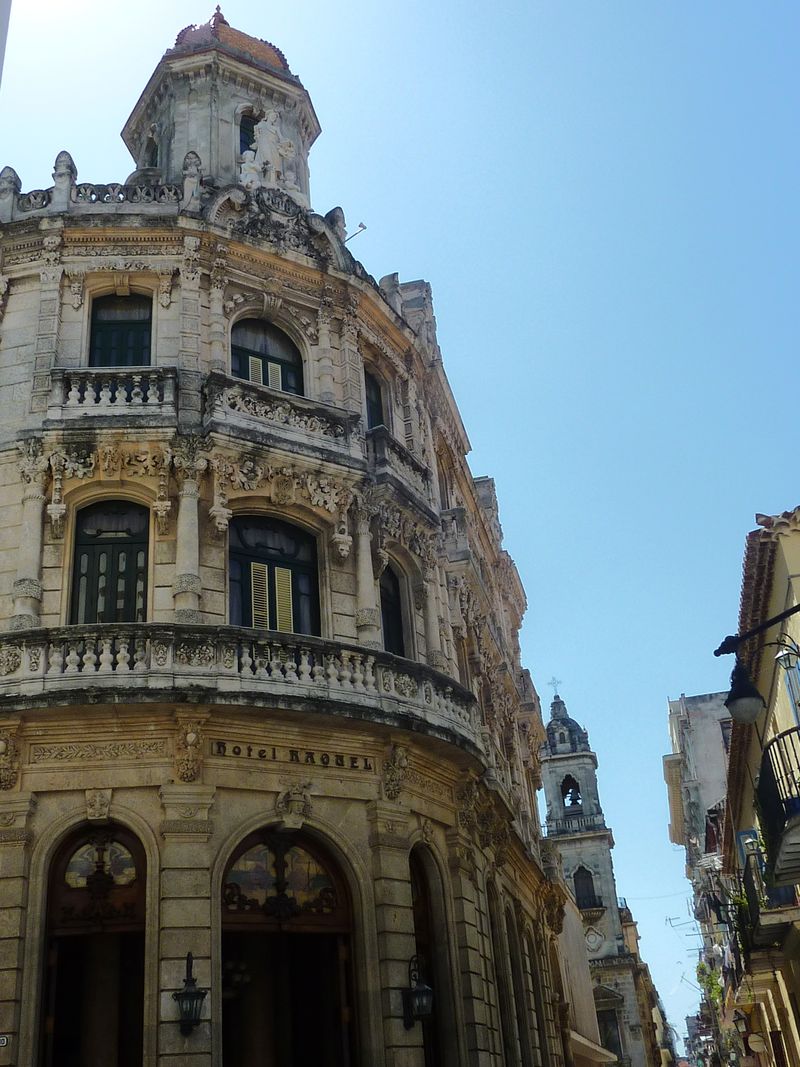 And the stained glass dome over its interior: 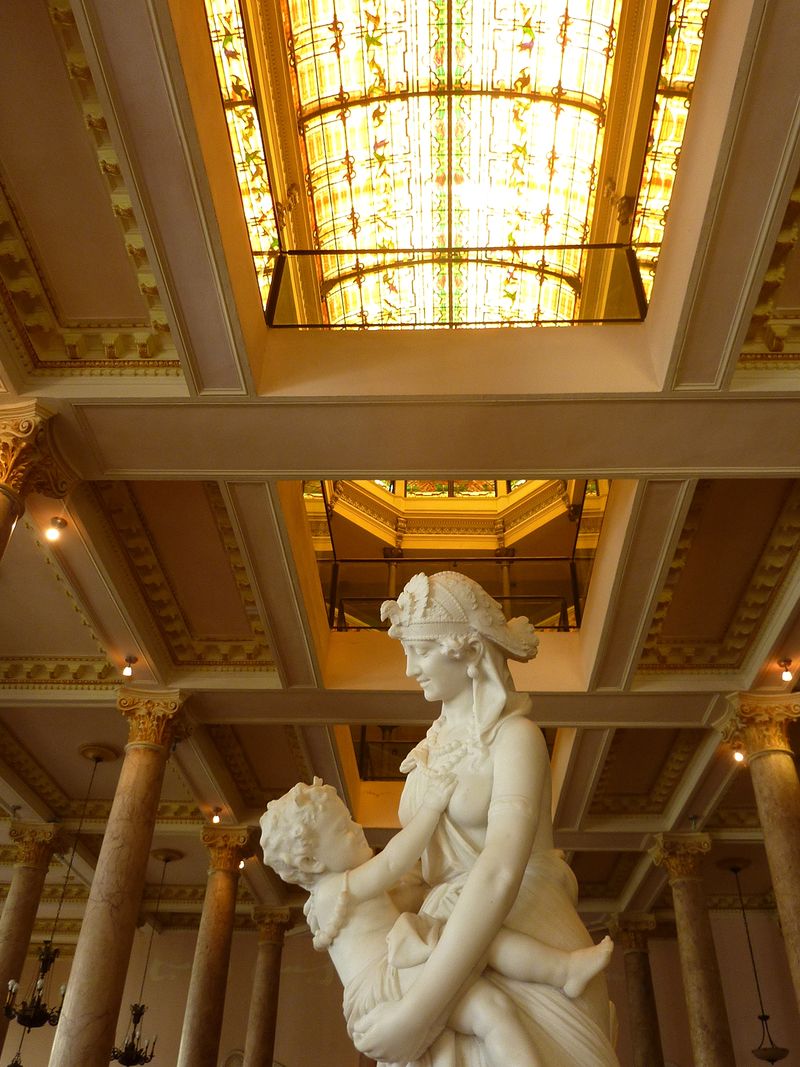 Outside, there are women selling sweets: 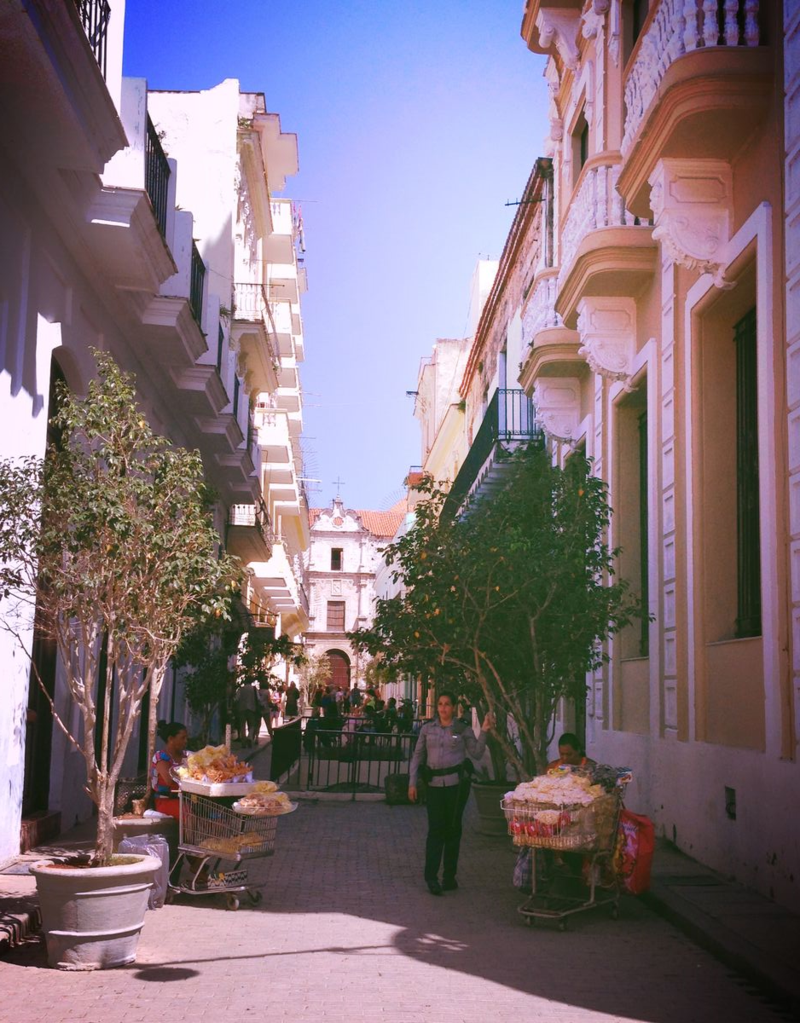 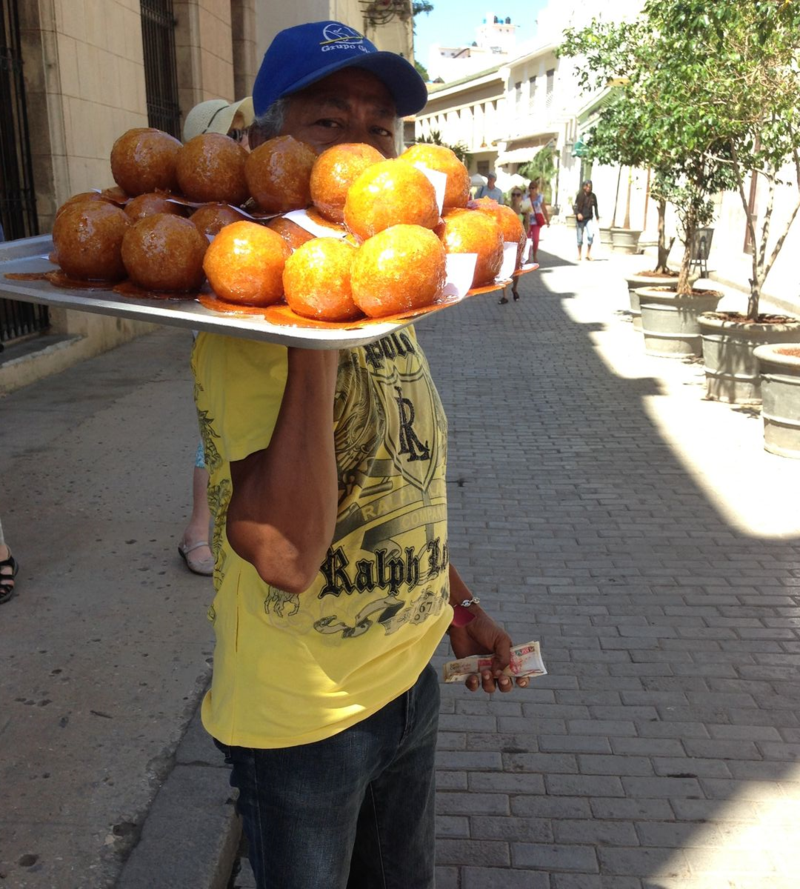 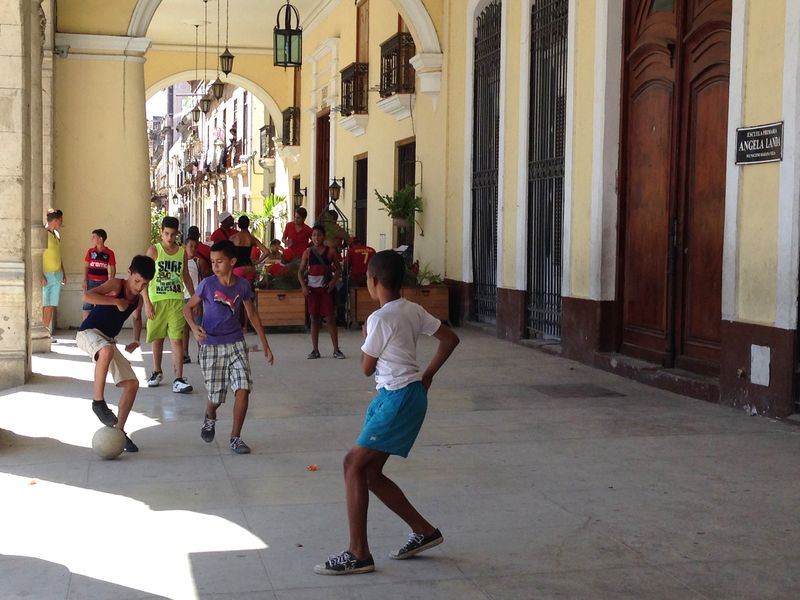 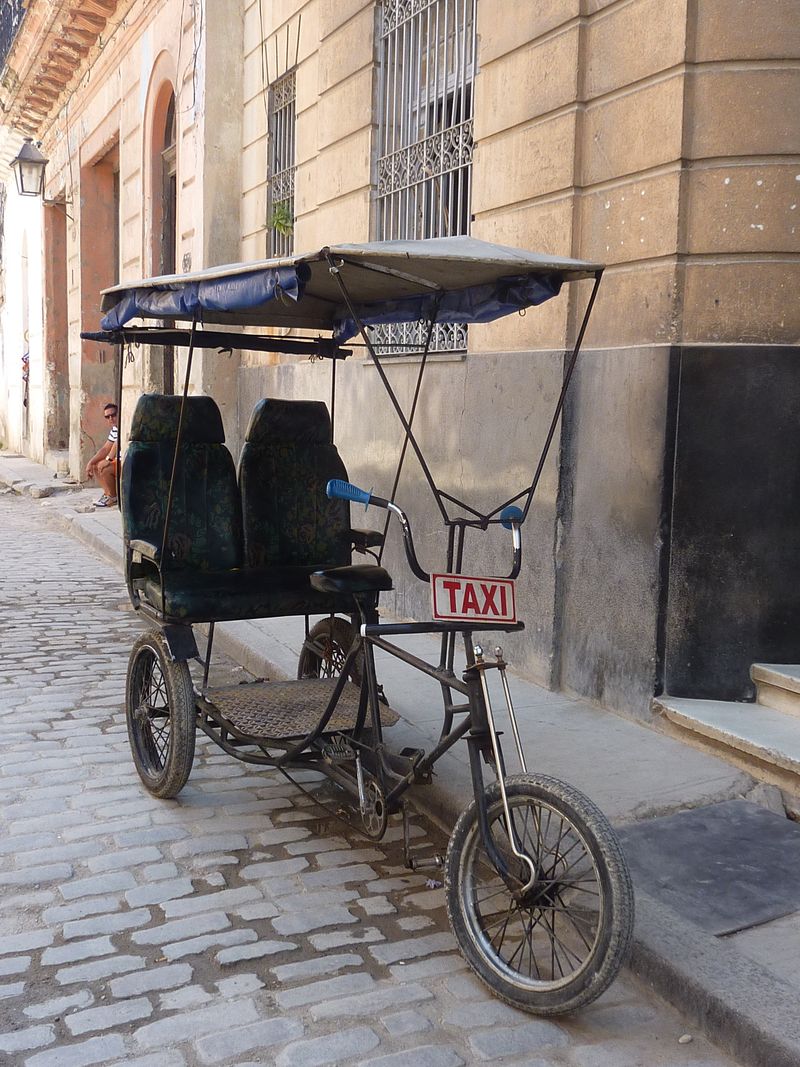 And lots of folks just strolling around the square. Another beautiful walk in Havana.