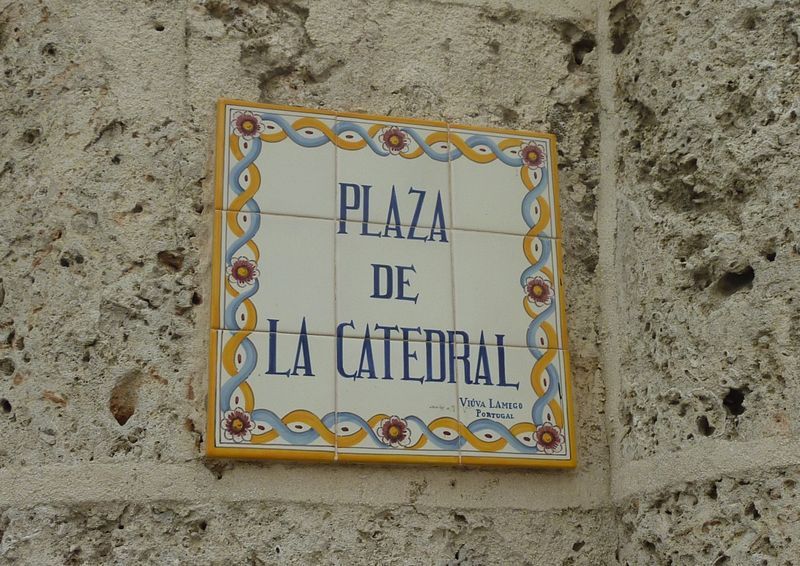 Plaza de la Catedral is one of the main squares in La Habana Vieja; it dates back to the 16th century and is dominated by the gorgeous Baroque facade of the Catedral de San Cristobal (note the asymmetrical bell towers).

Construction of the cathedral began in 1748 under Jesuit priests, but was completed by Franciscans in 1777 after the Jesuits were driven out of Cuba by the Spanish crown. It is made of coral rock from the Gulf of Mexico, and while I didn't see them, marine fossils are apparently visible in some spots. According to popular belief, the relics of Christopher Columbus were housed here (hence the name) before being moved back to Spain after the Revolution, although no official historical record confirms it. Pope John Paul II also held mass here in January of 1998. 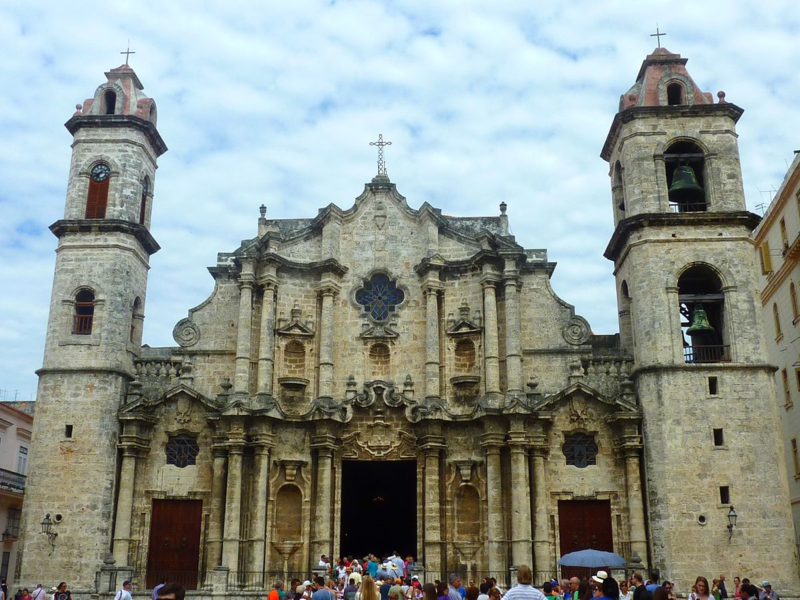 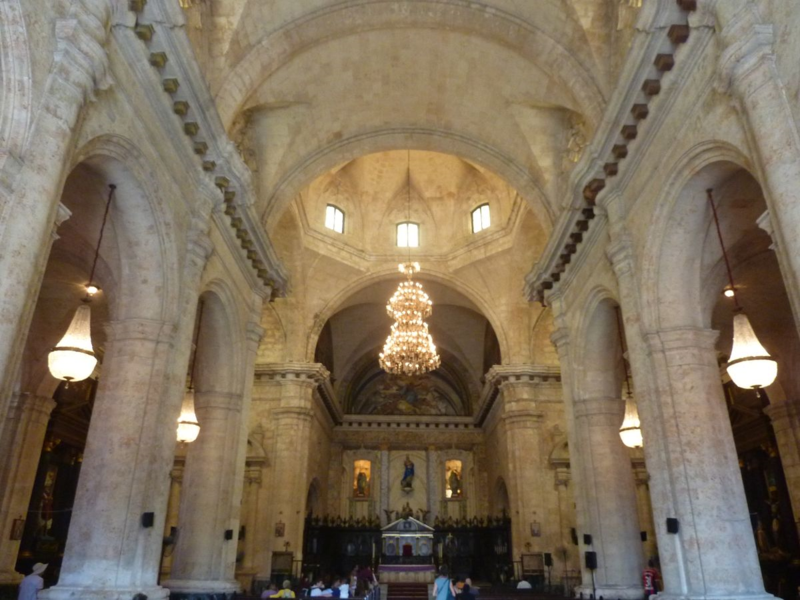 By the time we finished touring the cathedral they had closed the front doors for the day. As they ushered us out through a side door, two tiny orange kittens darted in from outside and hid in the transept! They looked terrified, and their mother was outside in the alley calling for them :( 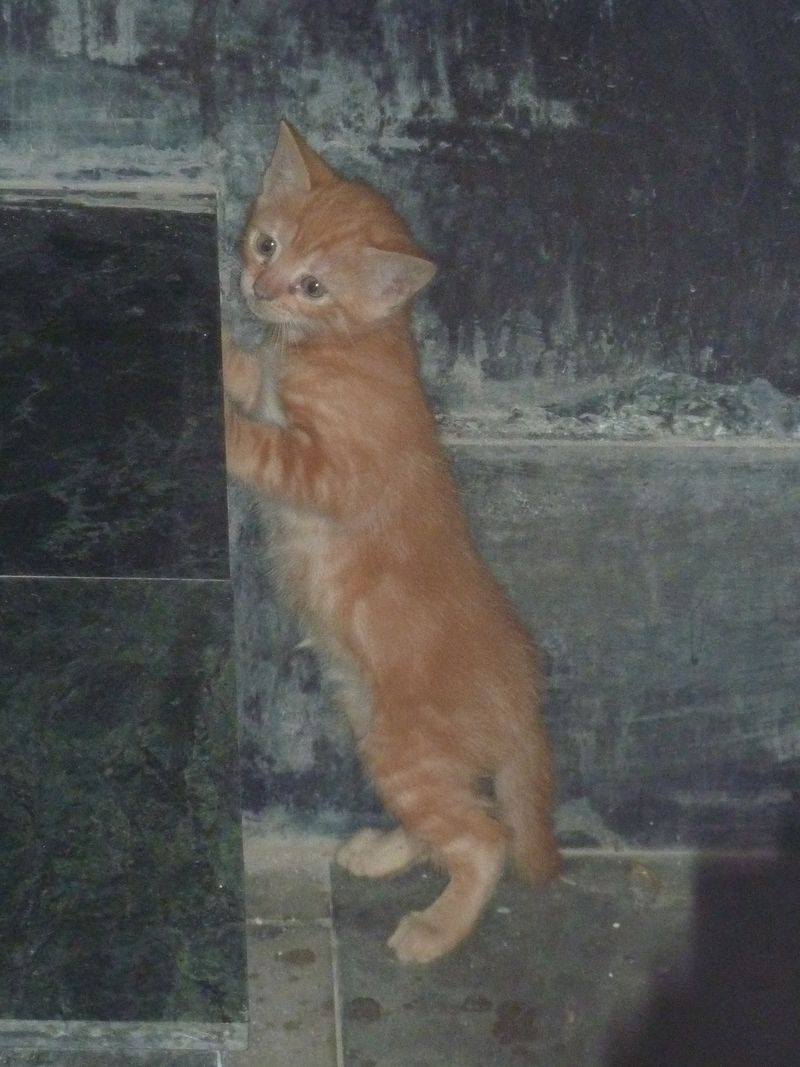 Adjacent to the cathedral (left of it in the above picture) is the Palacio de los Marqueses de Aguas Claras, built in the 18th century and home of one of the last titled nobleman to live in Cuba, it currently houses a paladar. 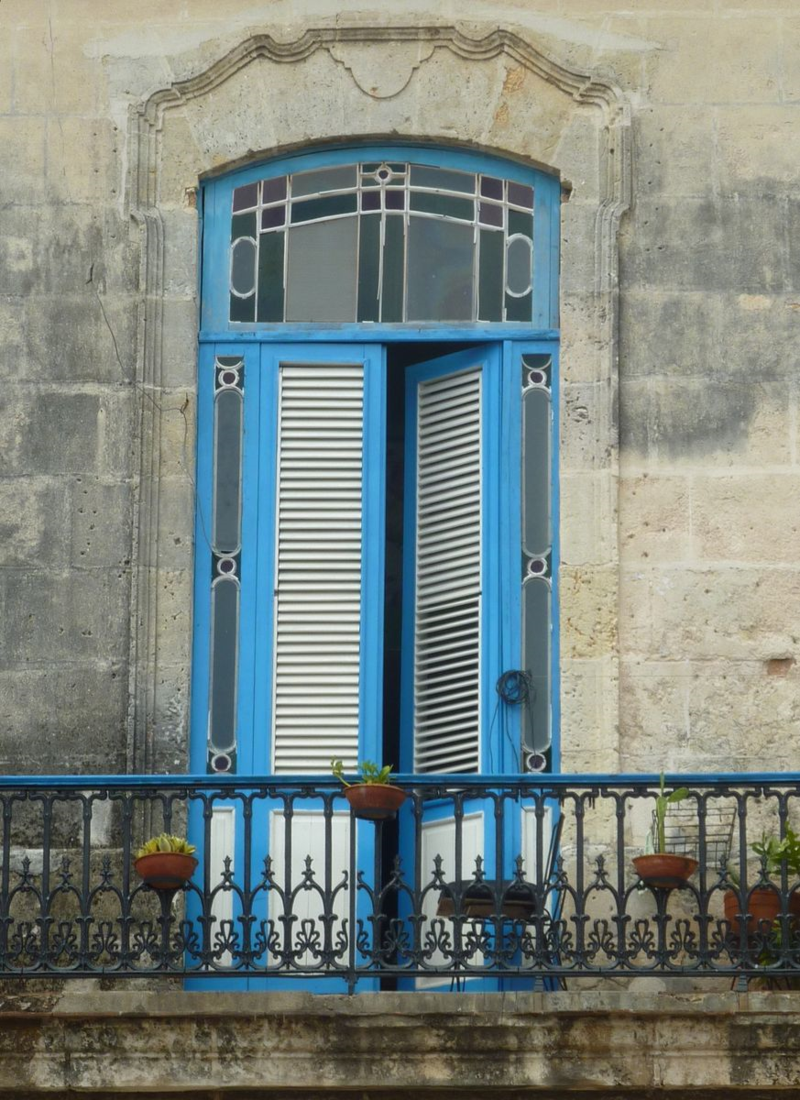 Across from this is the Palacio del Conde Lombillo which housed families of some of the first settlers in Havana and is now occupied by the historic society, and the Palacio de los Marqueses de Arcos, home to the father of the first Marquis of the dynasty, later a post office and now an art gallery. 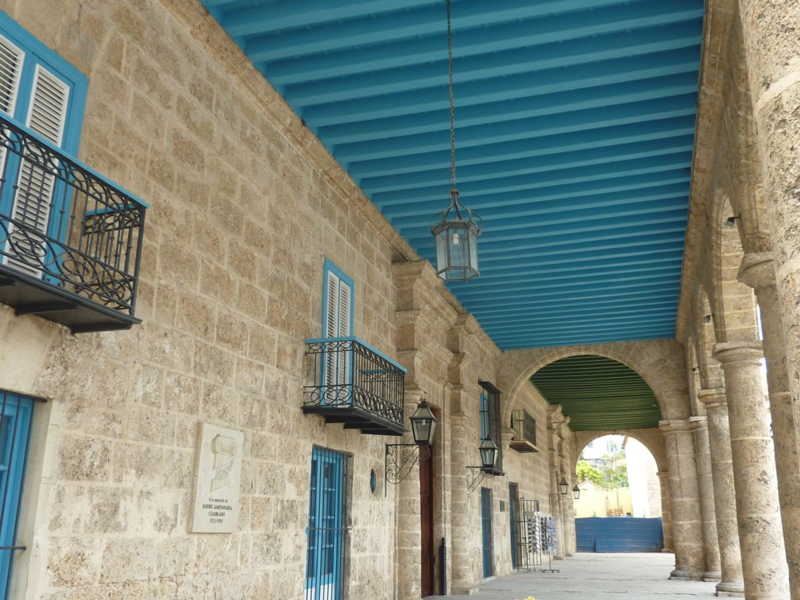 I spotted this woman on the edge of the plaza, and took a few photos of her in exchange for a couple of pesos (CUCs). 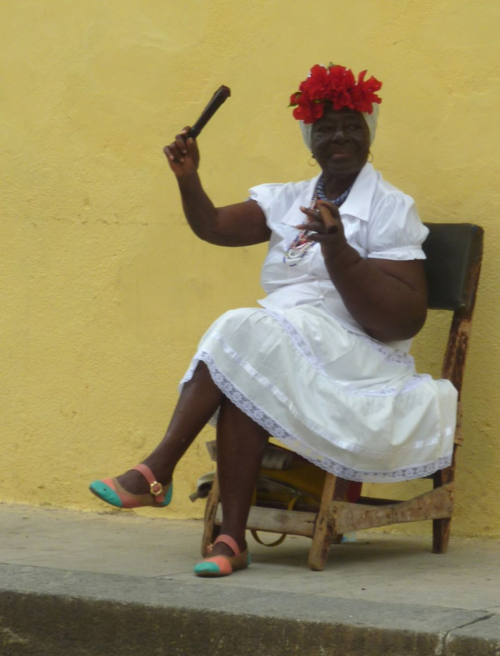 The plaza is also home to the famous bar La Bodeguita del Medio ("little shop in the middle"), birthplace of the mojito and frequented by Ernest Hemingway, Nat King Cole, Pablo Neruda, Gabriel Garcia Marquez, and Marlene Dietrich among others. I didn't get a chance to go inside and see the various photographs, drawings, graffiti and autographs from its illustrious visitors over the years. I must go back!