The Plaza de San Francisco borders the Havana port area, and was originally a commercial center thanks to the nearby ships transferring goods to and from Spain. It is comprised of the old customs house, Aduana General de la Republica (1914), and the old stock exchange, Lonja del Commercio (1908). On the top is a statue of Mercury, the god of commerce. 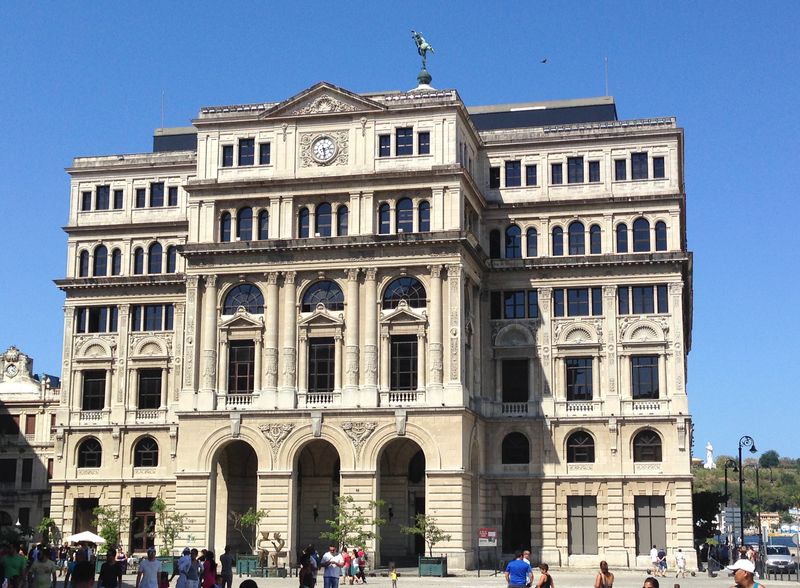 To the right of the building, in the distance, you can see Cristo de la Habana, a 60-foot tall white marble statue of Jesus in the fishing village of Casablanca, which is right across the Bay from Havana Vieja. It was commissioned by President Batista's wife in 1958, just 15 days before Fidel Castro initiated the Revolution. 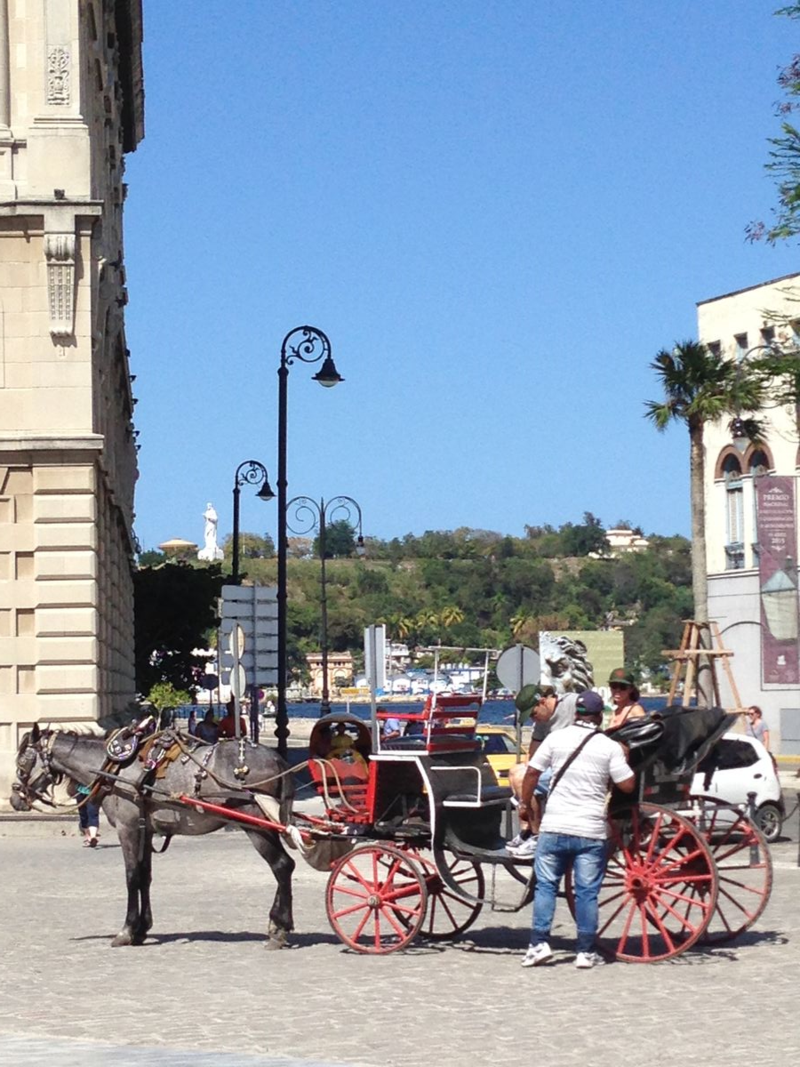 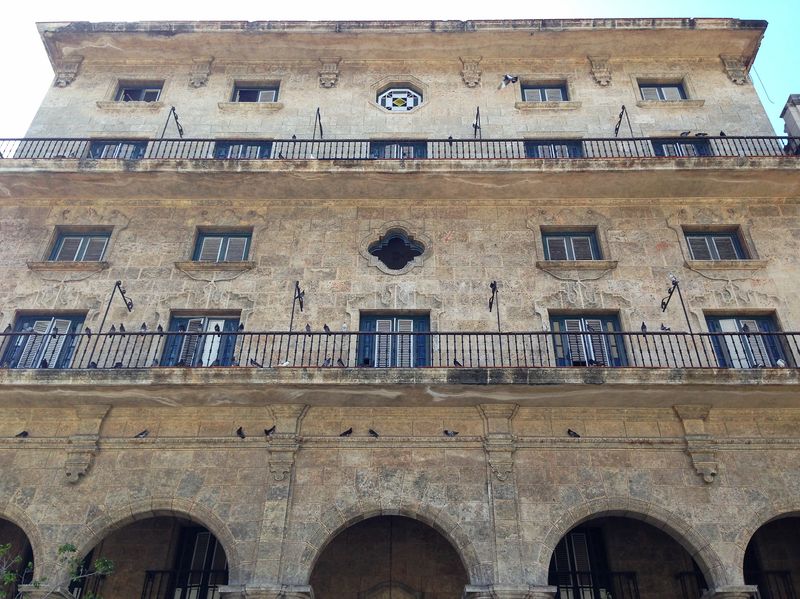 On the southeast corner of the square is the Basilica Menor de San Francisco de Asis, from which the square took its name. Built in 1580 as the home of the Franciscan community, it is now a concert hall for choral and chamber music. 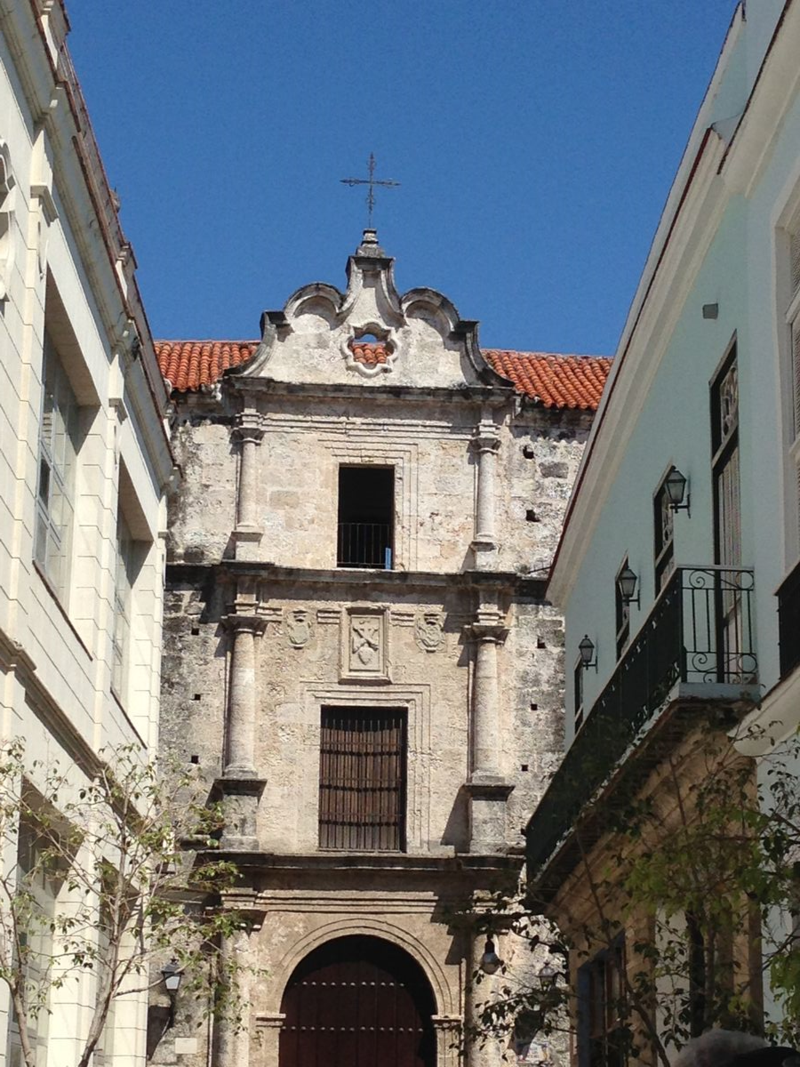 Next to the basilica is a statue of Fray Junipero Serra, a Spanish Franciscan friar who conducted missions in Southern California (then New Spain) to convert the native population in the 1760s. A Juaneño Indian boy is depicted alongside him. Serra was beatified by Pope John Paul II on September 25, 1988 and Pope Francis expects to canonize him in September 2015 during his first visit to the United States.This has been controversial with Native Americans, who criticize Serra's brutal treatment of their ancestors and associate him with the suppression of their culture. 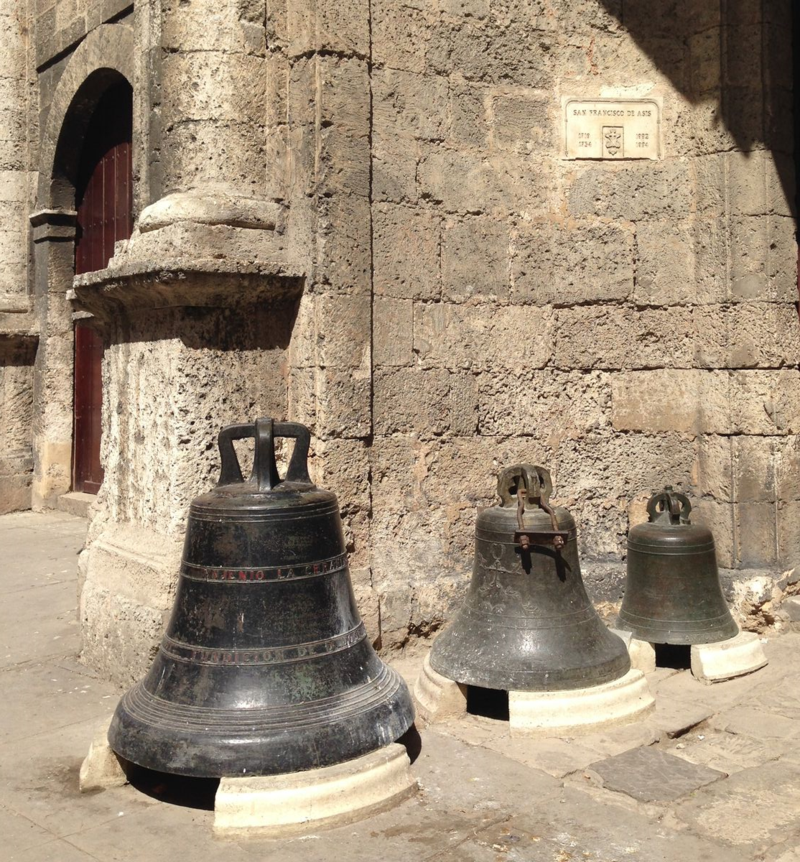 Lastly, the cruise terminal Sierra Maestra sits between the Plaza and Havana harbor. 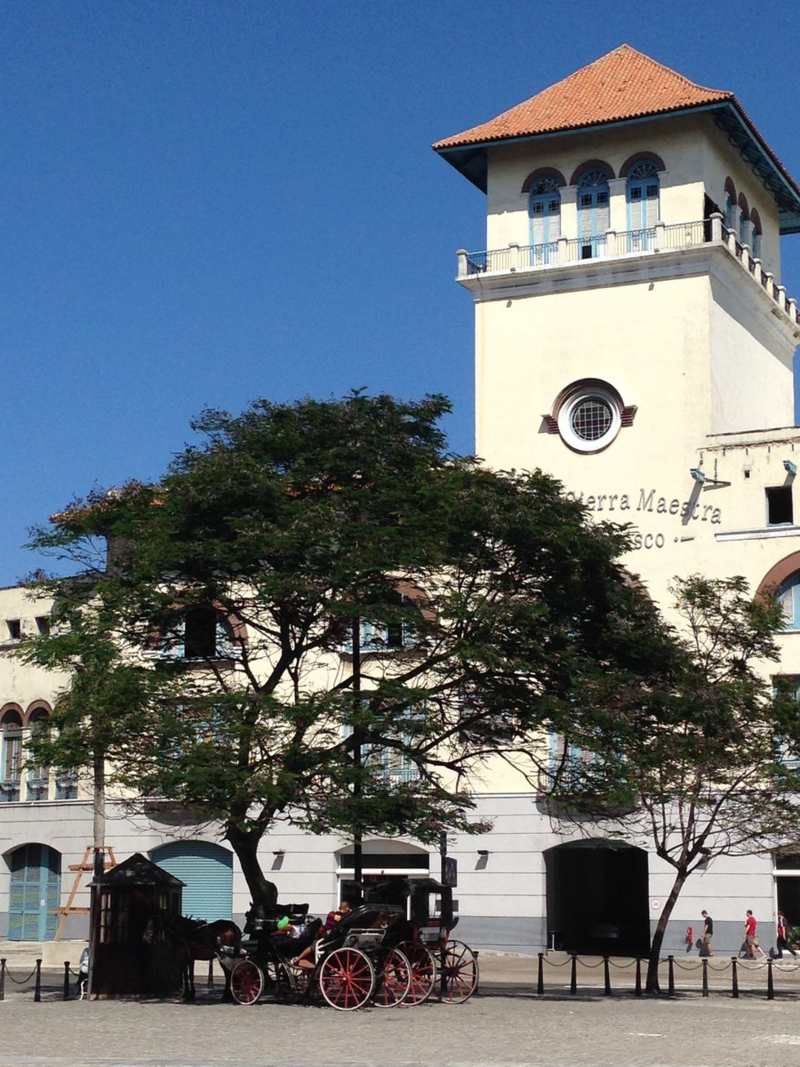 And of course, the terminal/plaza wouldn't be complete without an image of Che: 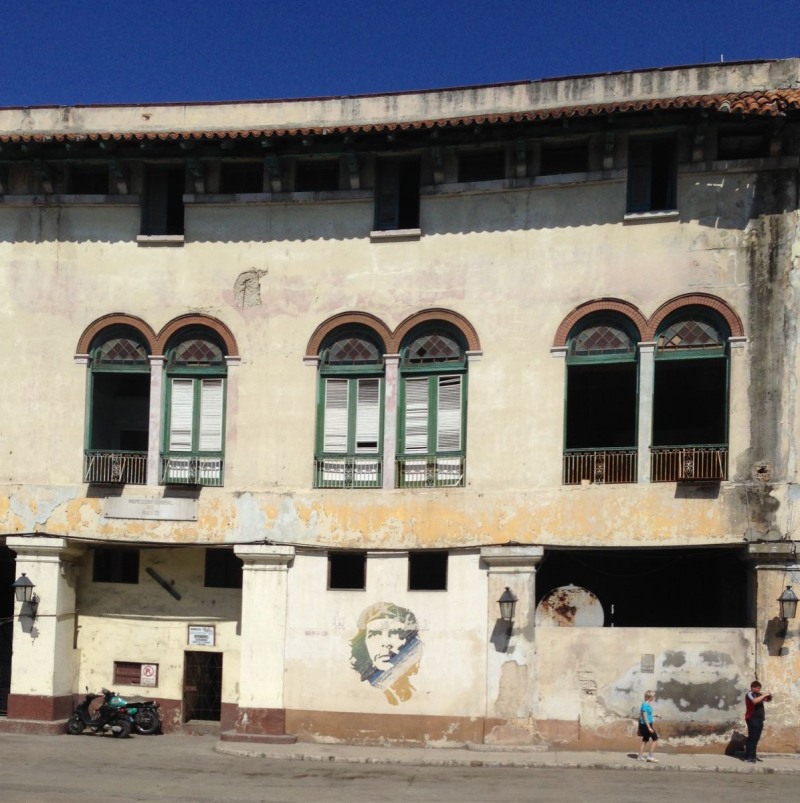