On our second morning in Havana, we met with a representative of the city's Historian Office who talked about their efforts to preserve the architectural and cultural heritage of the area. She then took us on an walking tour of the 18th century plazas of Old Havana. 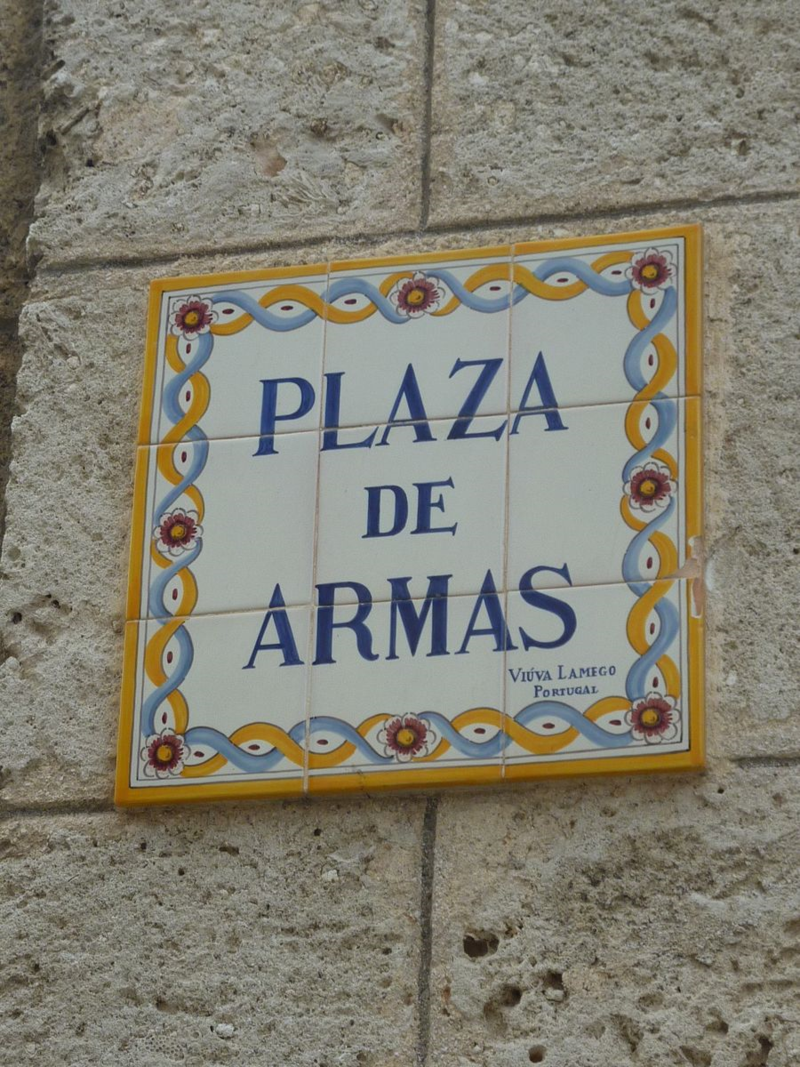 Street signs from a tile factory in Portugal

Plaza de Armas, which dates back to the 1600s, is lined with cobblestone streets, Baroque buildings, and lots of tropical vegetation. 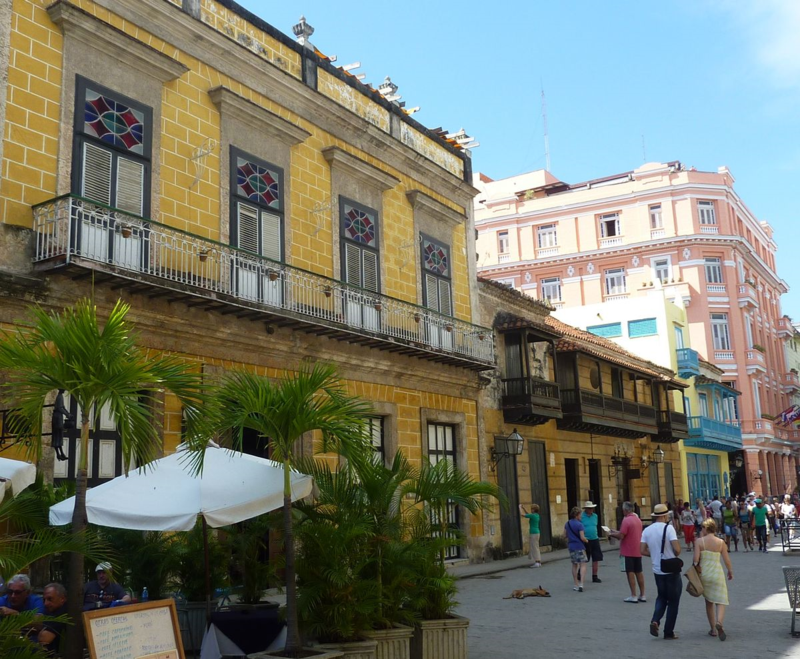 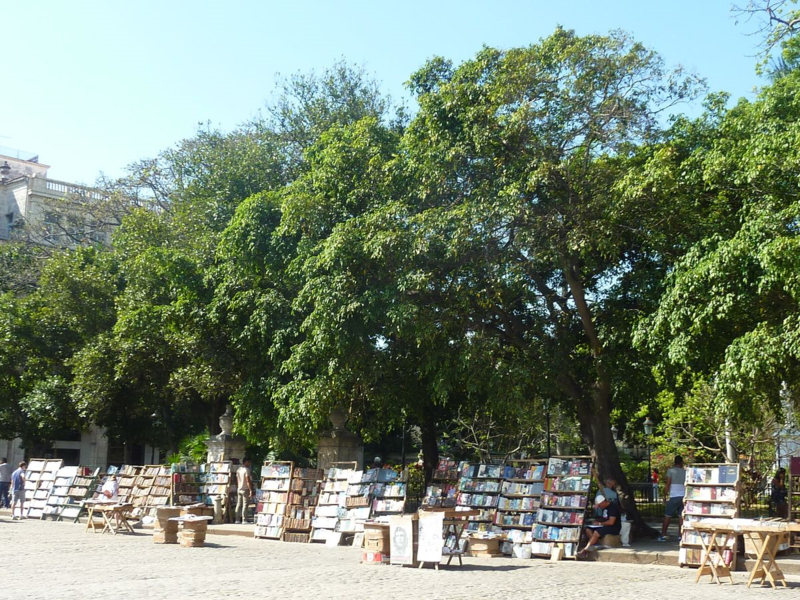 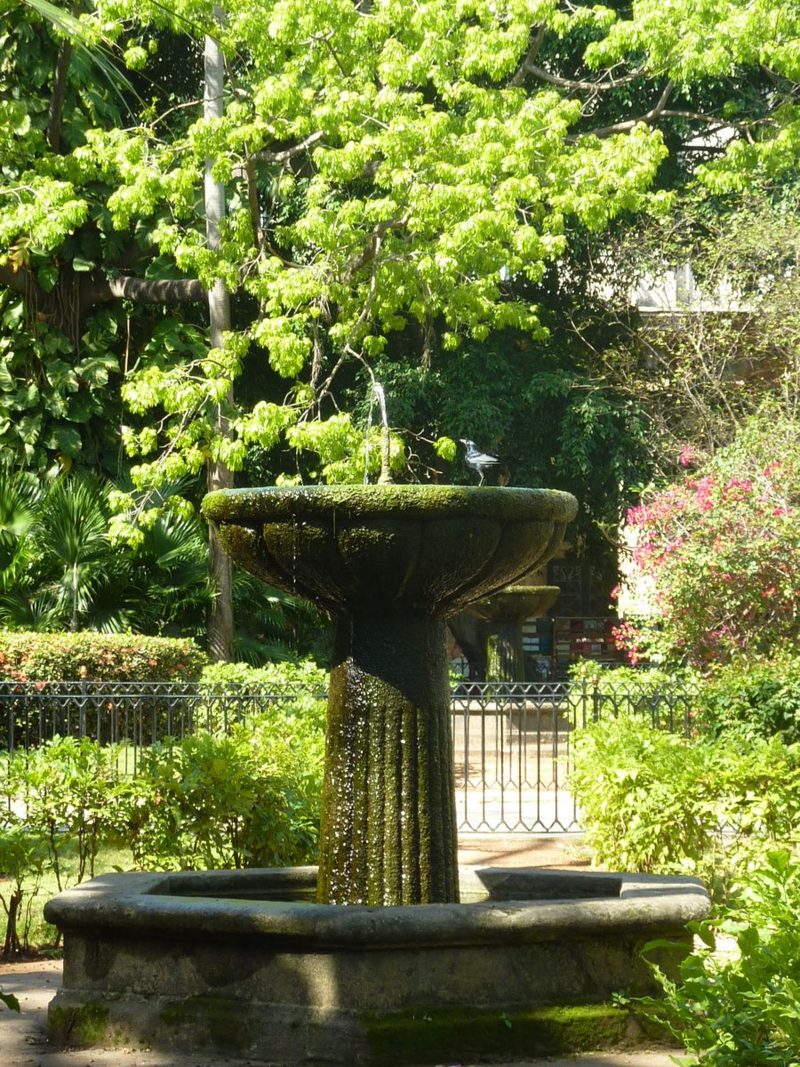 There's also a huge second hand book market with newspapers, magazines, and books from the 1940s and 1950s. Lots of Revolutionary materials, as you can imagine. 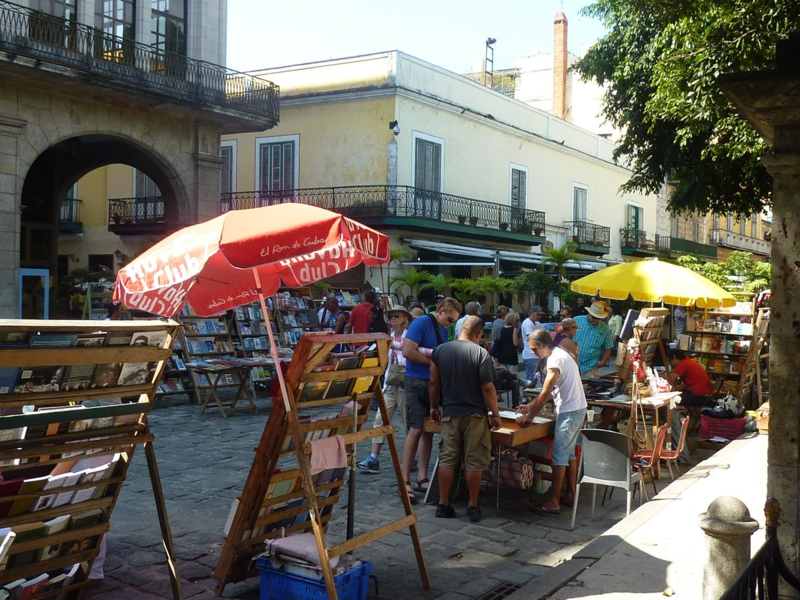 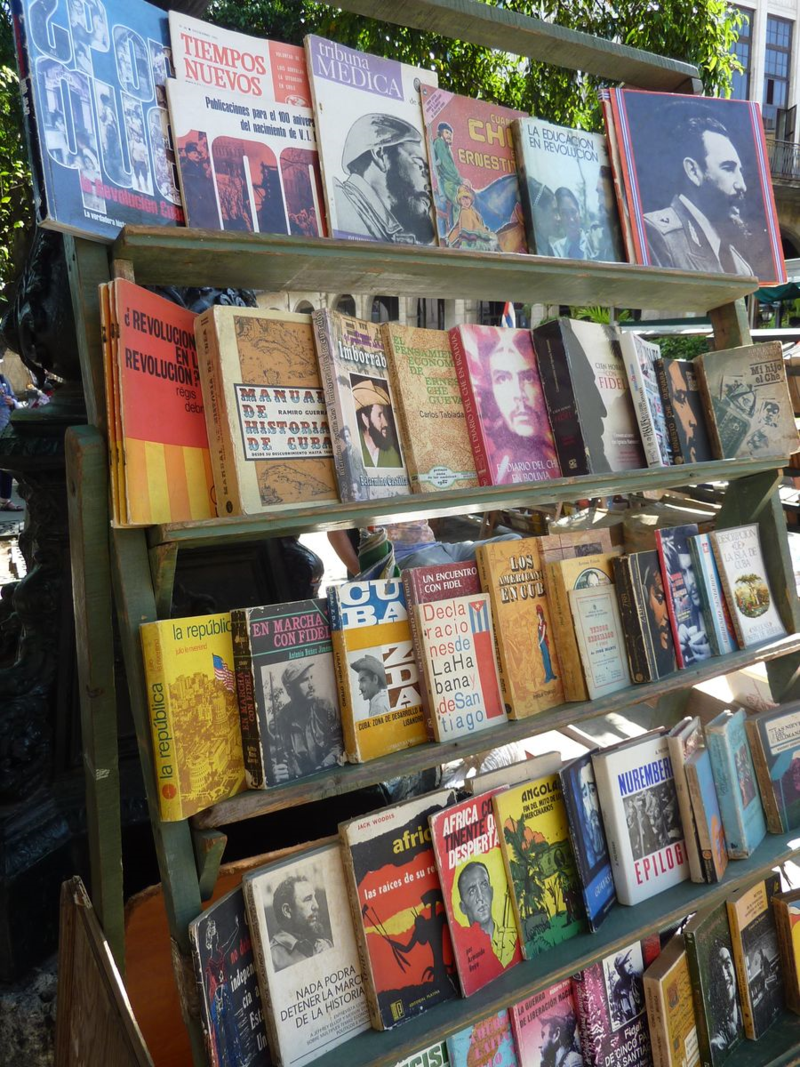 The buildings around the square are beautiful examples of Spanish Colonial design, like the Hotel Santa Isabel, with its mediopunto windows -  half moon, stained glass created in the 18th century to protect houses from the glare of the tropical sun. 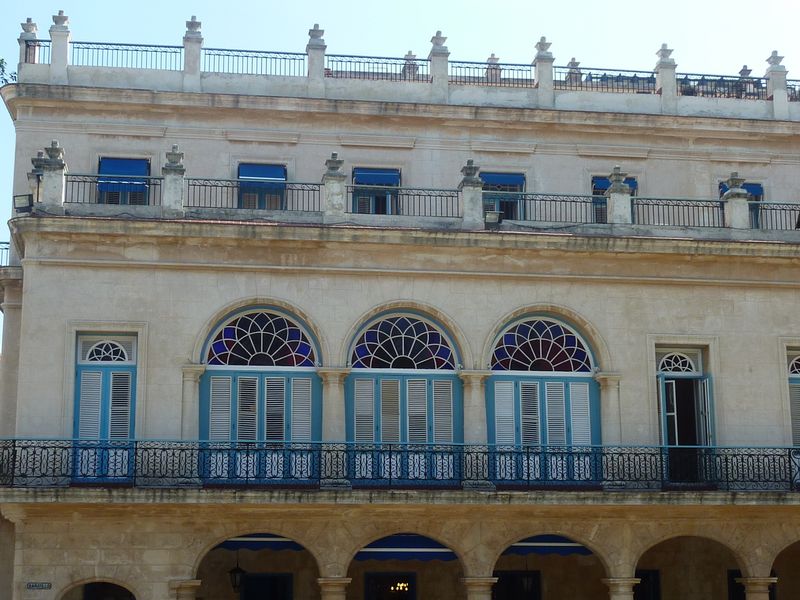 And El Templete, the spot where the city of San Cristobal de La Habana was founded in 1599. Inside are 3 large canvases by Jean-Baptiste Vermay depicting scenes from the history of Havana.

El Templete, original site of the city of Havana. 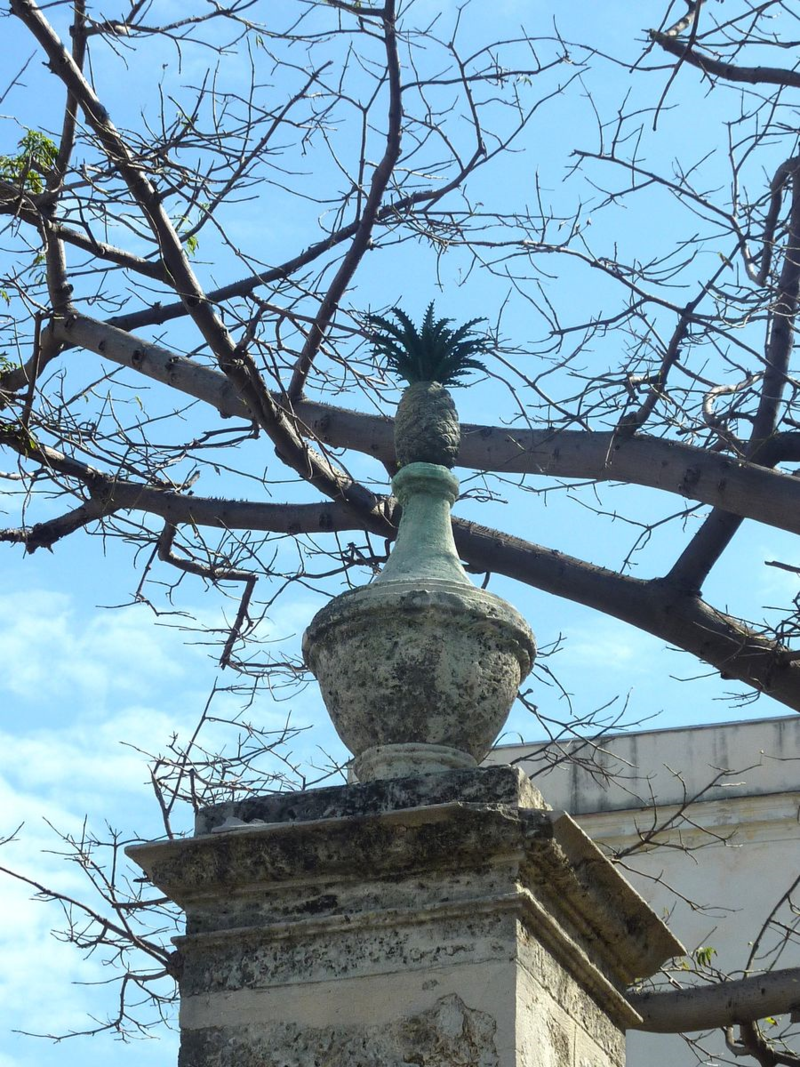 Bronze pineapples - Queen of the tropical fruit - at El Templete

Transportation options are queued up on the square: take your pick from horse drawn carriages or classic cars. 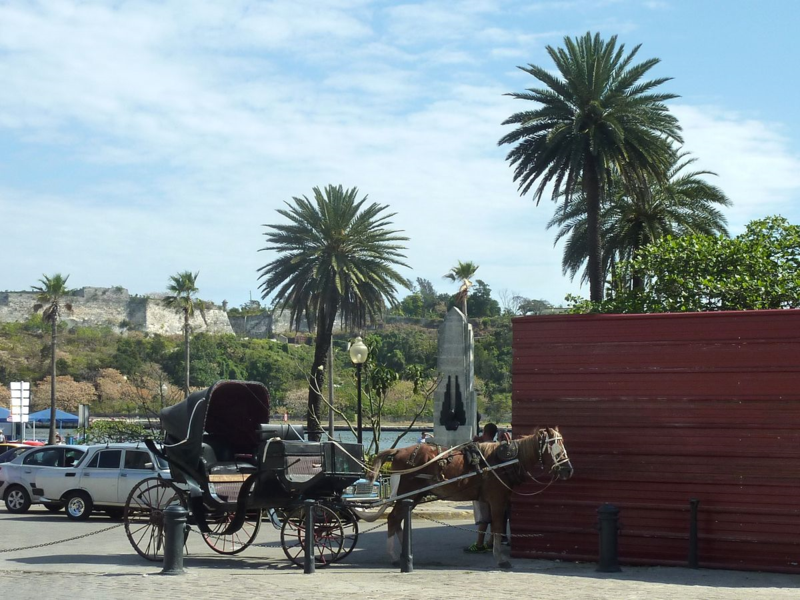 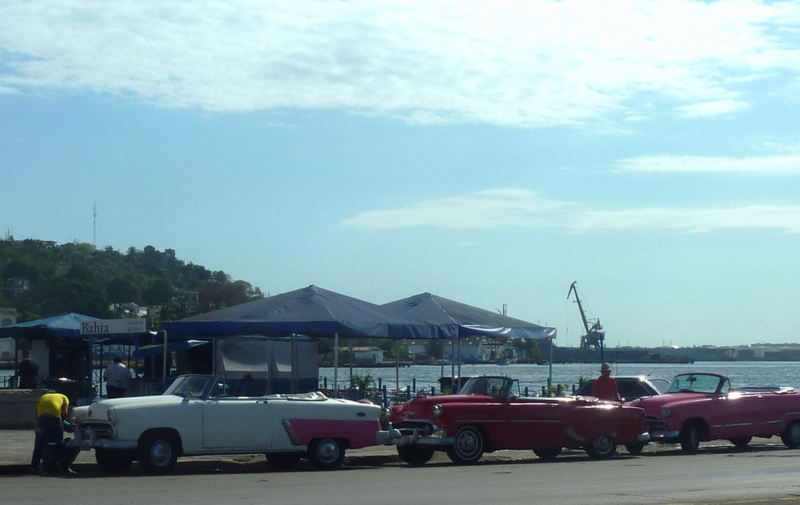 Classic cars along the Malecon

Like most tourist areas, there were also lots of entrepreneurial people looking to make a fast peso: people dressed in traditional Cuban and Colonial garb who charge 2-3 Cuban Convertible Pesos for a photo (of course I did it!), men anxious to create pen and ink drawings of you on the spot, and many musical performers. 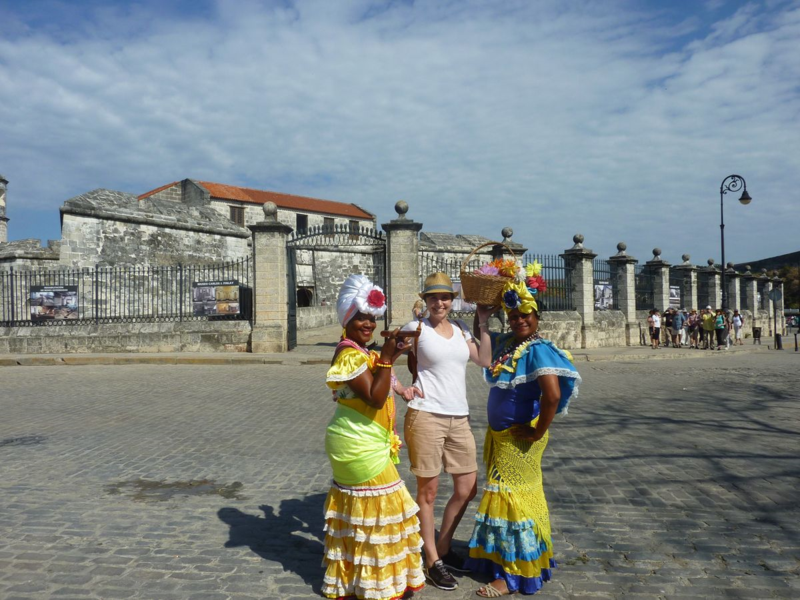 Just one of the girls.

Drawing your portrait...for a price. 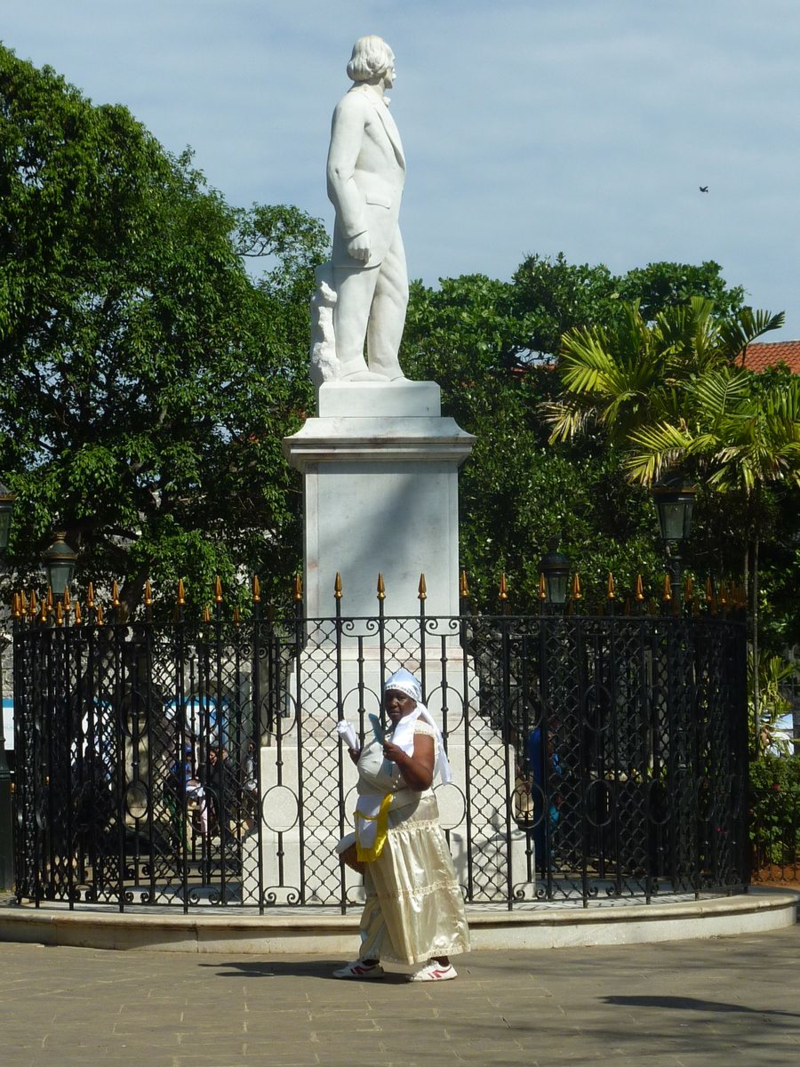 Woman in Colonial garb, in front of Statue of King Fernando VII

Another curiosity in the square: Calle O'Reilly, marking where an Irish-born, Spanish military officer came ashore in Havana: 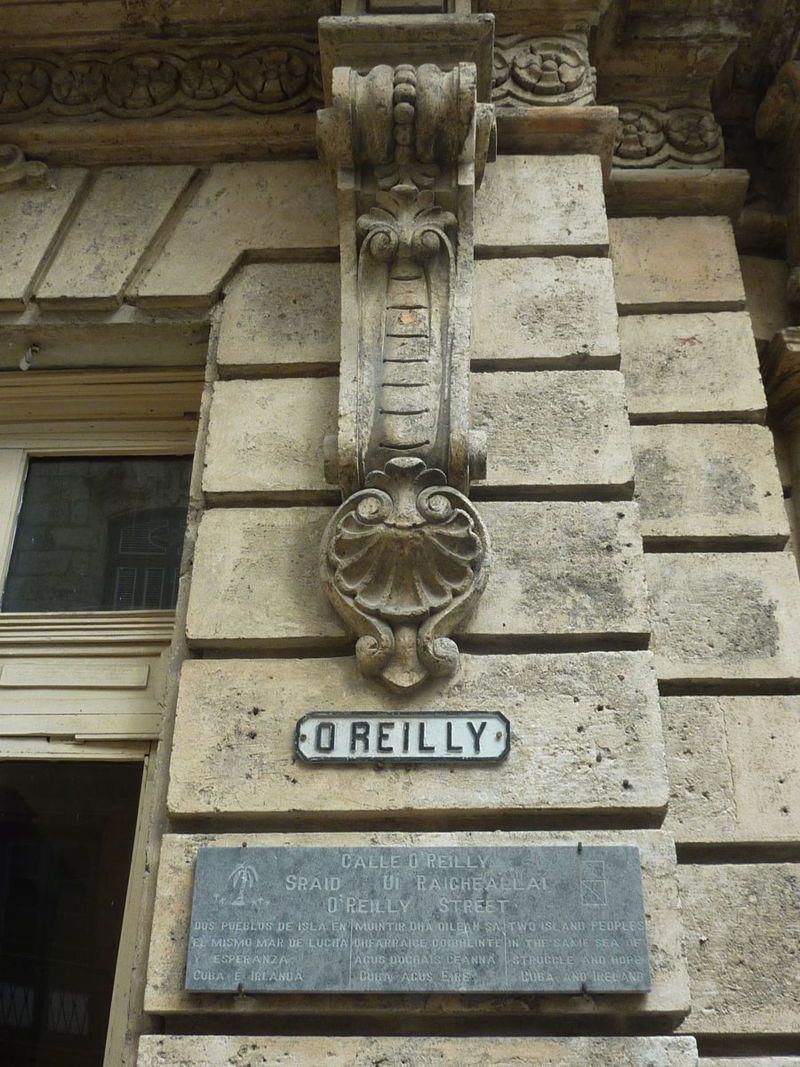 "Two Island Peoples in the Same Sea of Struggle and Hope: Cuba and Ireland"

But my favorite sighting this day was the dogs lolling about in the sunshine. There are tons of stray dogs in Cuba (and sadly, I heard rabies is a problem), and while many of them are in tough shape, the ones around the Plaza de Armas looked content. 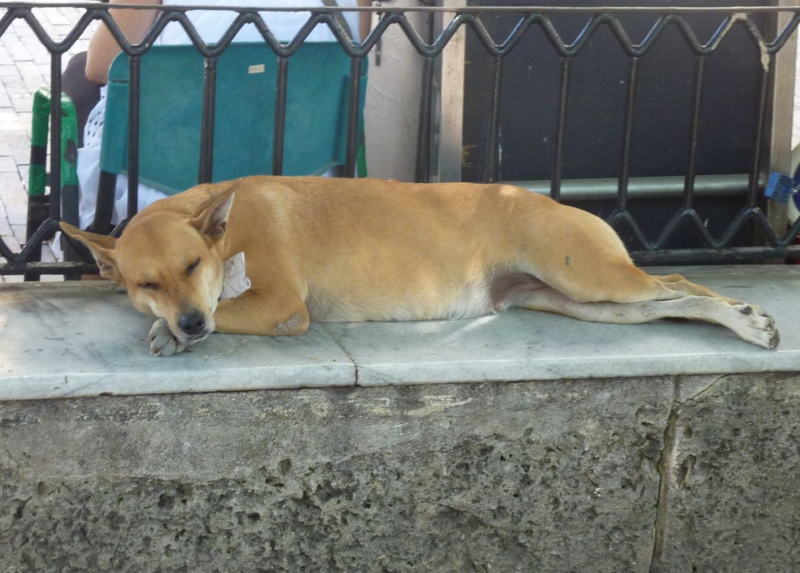 The reason is that some museums in Havana have taken it upon themselves to shelter the stray dogs, like this lucky fellow who's name tag reads, "My name is Aparicio. I live in the Museo de Orfebreria, and I have been neutered!" 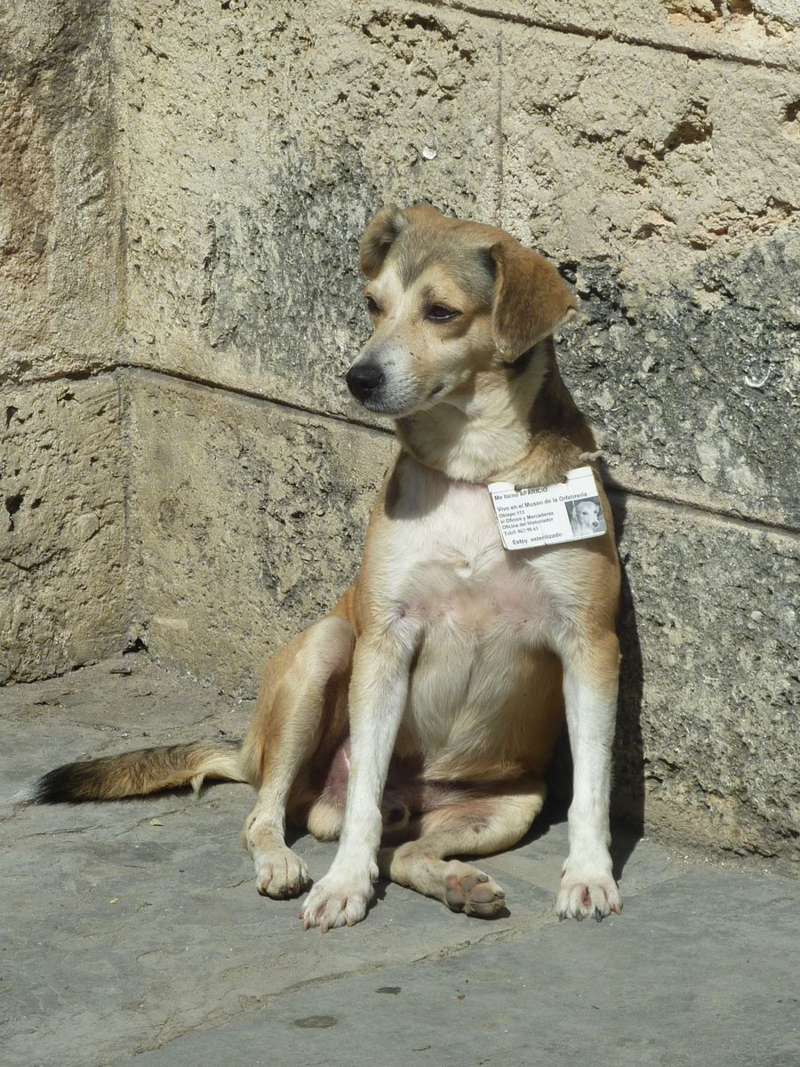 Aparicio, outside the Museo de Orfebreria

I'll leave you with one more classic car picture...because there are tons to share :) 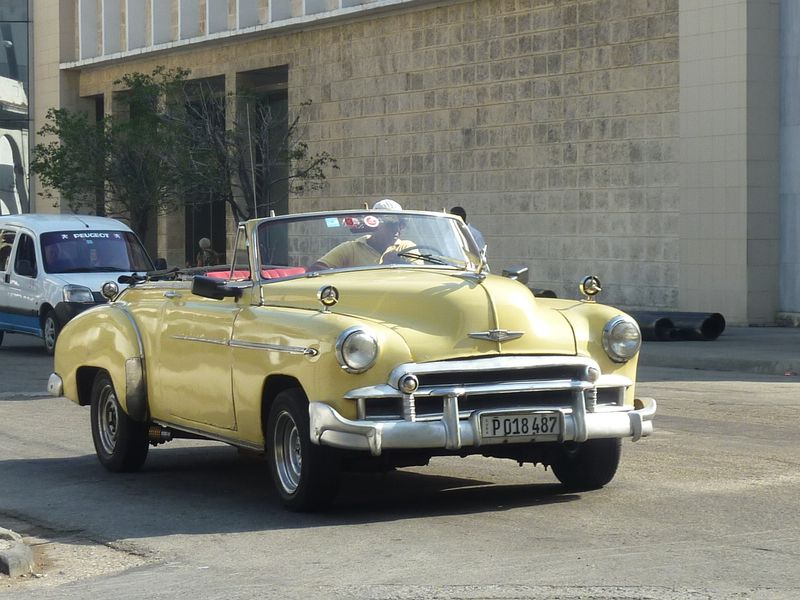