On our first afternoon in Cuba, we visited the National Fine Arts Museum in central Havana where the former director of the museum, Moraima Clavijo, guided us through its modern section. The museum is divided into two parts - the Palacio de Bellas Artes, which is dedicated exclusively to Cuban art, and the Palacio del Centro Asturiano which includes a more universal collection. 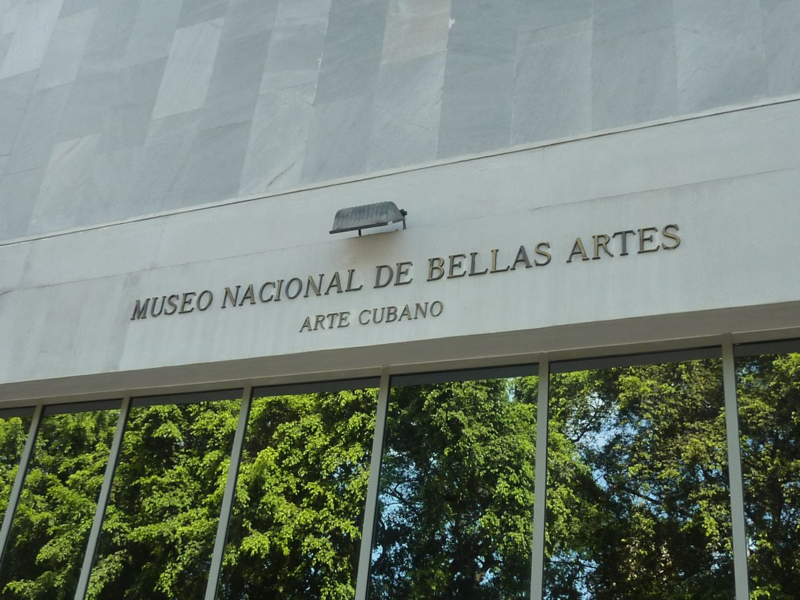 You can see that this museum has a more contemporary exterior; while it was originally founded in 1913, it occupied multiple different places before settling into a Rationalist building with geometric lines built in 1954. Havana has done a nice job integrating modern buildings into the Colonial landscape by using glass facades which reflect the more historic buildings nearby. Here's a view of the Hotel Sevilla next door, from inside the museum.

There is a huge art community in Havana, and the Palacio de Bellas Artes hosts an expansive collection of pieces ranging from the Colonial period to contemporary Cuba. Moraima provided a nice overview of the different styles and key artists, speaking in Spanish while our Cuban guide Lazaro translated everything into English. My favorite pieces were those by René Portocarrero (1912-1985), a Cuban art school dropout who went on to create brightly colored Baroque pieces, and actually had is first show in New York City back in 1945 (his artwork is in the permanent collection at MoMA). I didn't take pictures inside the museum, but here's a sample from the Christie's website to give you an idea: 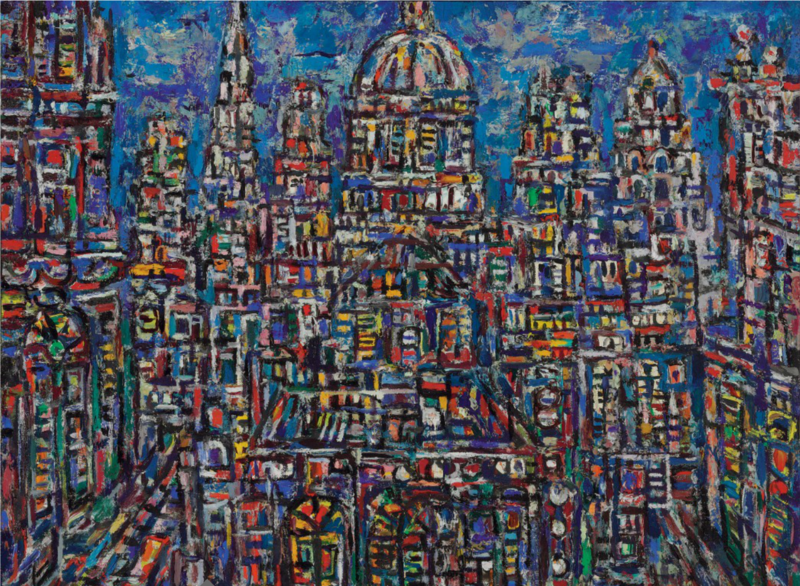 And here is a sculpture made of coffee pots from the museum courtyard, the work of renowned Cuban artist Roberto Fabelo (there's a great interview with him from a showing of his work in Long Beach, CA last year here). 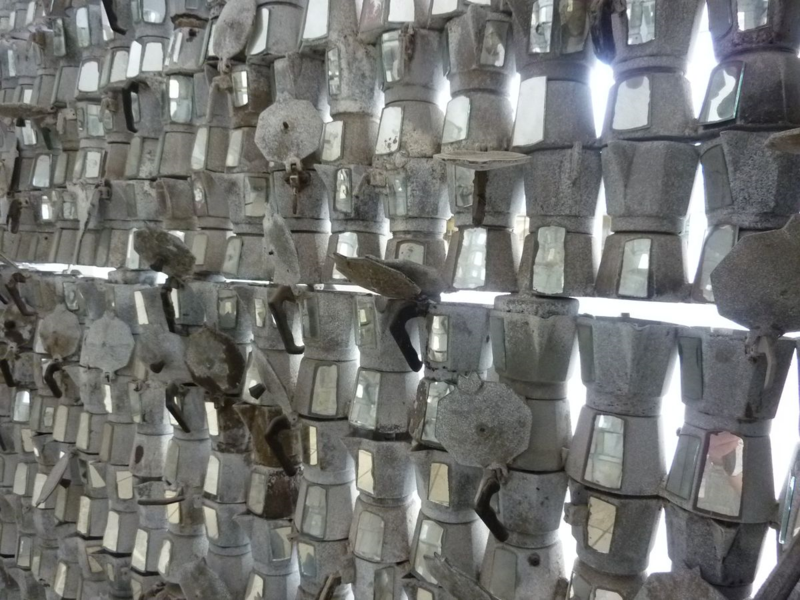 There is another glass pavilion in front of the museum - the Granma Memorial which houses the yacht used to transport 82 fighters of the Cuban Revolution (including Fidel & Raul Castro, Che Guevara, and Camilo Cienfuegos) from Mexico to Cuba in November 1956 in order to overthrow the regime of Fulgencio Batista. 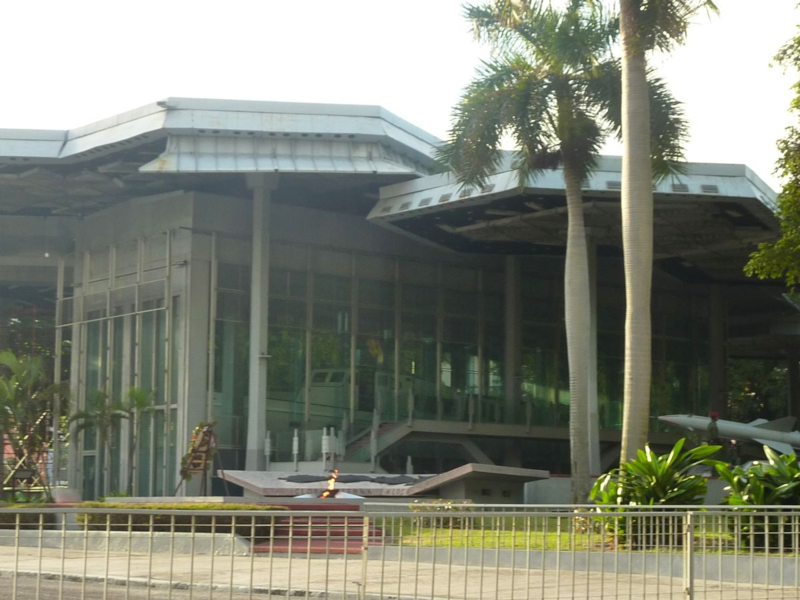 It also includes vehicles from the Bay of Pigs (1961) and the remains of an American spy plane shot down in 1962 during the Cuban missile crisis. 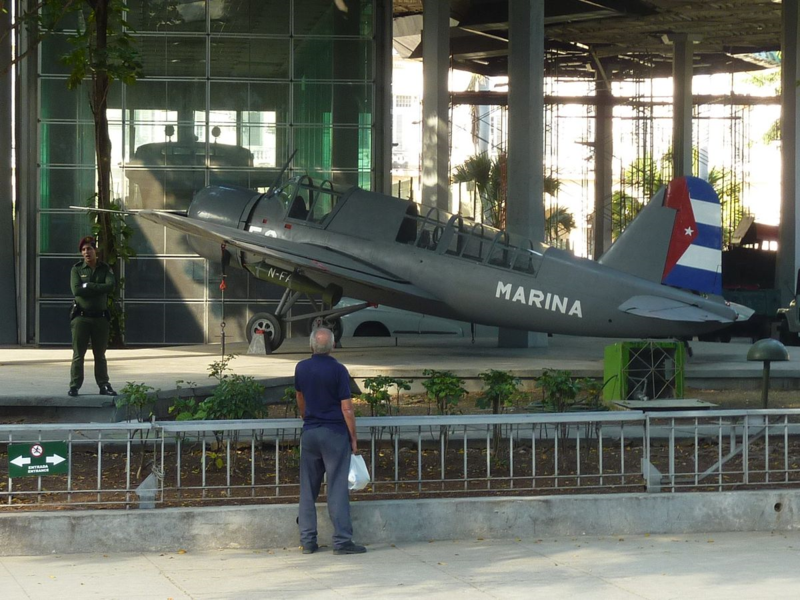 A plane flown during the Bay of Pigs invasion

Lastly, for a bit of "lighter" history: right down the street from the museum is Sloppy Joe's, a favorite hangout of Ernest Hemingway's known for its drinks, its less-than-hygienic environment, and its messy ropa vieja ("old clothes") sandwich made of shredded meat in a tomato based sauce.

It was founded by a Spanish barman named Jose Garcia who had worked in bars in New Orleans, Miami, and ultimately, Havana. Because the establishment was a mess, he earned the name "Sloppy Joe." Here's a fun excerpt from a 1923 issue of New York World:

Joe sells either by the bottle or by the drink anything there is, or has been discovered, to tickle the palate of men. The furnishings of the place are about as up-to-date as those of a Tenth Avenue delicatessen shop, but he gives the biggest drink of the best liquor for the least money - or so it is said by visitors - and has a reputation as a cocktail mixer that extends from New Orleans to Demerara... 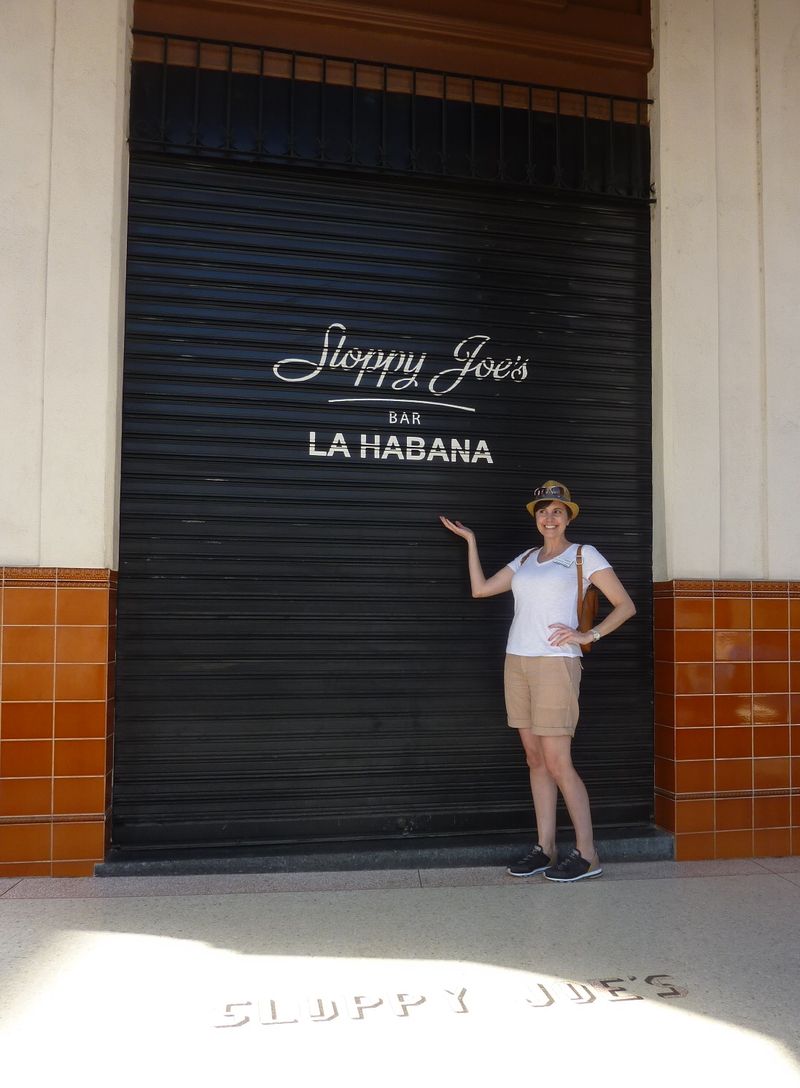 In 1959, after the triumph the Cuban Revolution, Sloppy Joe' s Bar was shut down; it reopened again in 2013 after being closed for 48 years.