People keep asking, "how was the food in Cuba?"

To be honest, I had low expectations going in, having heard about its state run restaurants, limited food supply, and ration system under Communist rule. But I was pleasantly surprised - if not by the meal preparation itself, then by the burgeoning private dining industry via the country's paladares.

Paladar is the Portuguese and Spanish word for "palate" and is the designation for the privately run Cuban restaurants - usually out of peoples' homes. They've been around for years, but weren't legalized until the 1990s, when the Cuban economic downturn resulting from the fall of the USSR led the government to open up the country to international tourism and allow paladares to operate.

Initially, the businesses were limited to 12 guests at a time, and could not serve certain dishes like beef and lobster (over which the government had a monopoly). But the rules have been relaxed in recent years, and while many paladars are still small, family run businesses in the home, others operate like more traditional restaurants with professional food service staff and full menus.  Raul Castro's economic reform program started in late 2010 has spawned a wave of new paladares around the country.

Our first dinner in Havana was at Cafe Laurent, a paladar in the Vedado district serving Spanish-Basque cuisine. Its chef has worked in Spain and Argentina, and The Guardian named it one of the top 10 paladares in Havana. 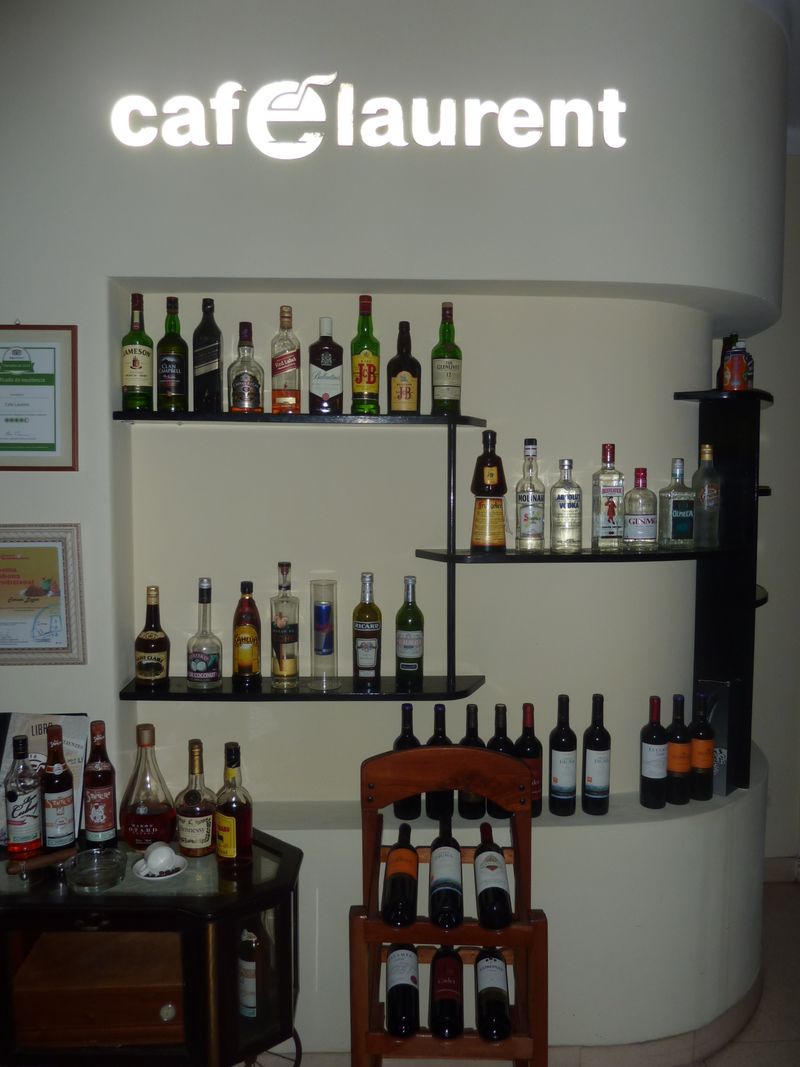 The restaurant offers indoor/outdoor dining in a modern penthouse above a 5-story apartment building; there's no sign out front, just a greeter at street level who ushers you into an old elevator, or points out the stairs. The inside dining room is brightly lit, with white furnishings and fixtures, and 1950s-era newsprint on the back wall. 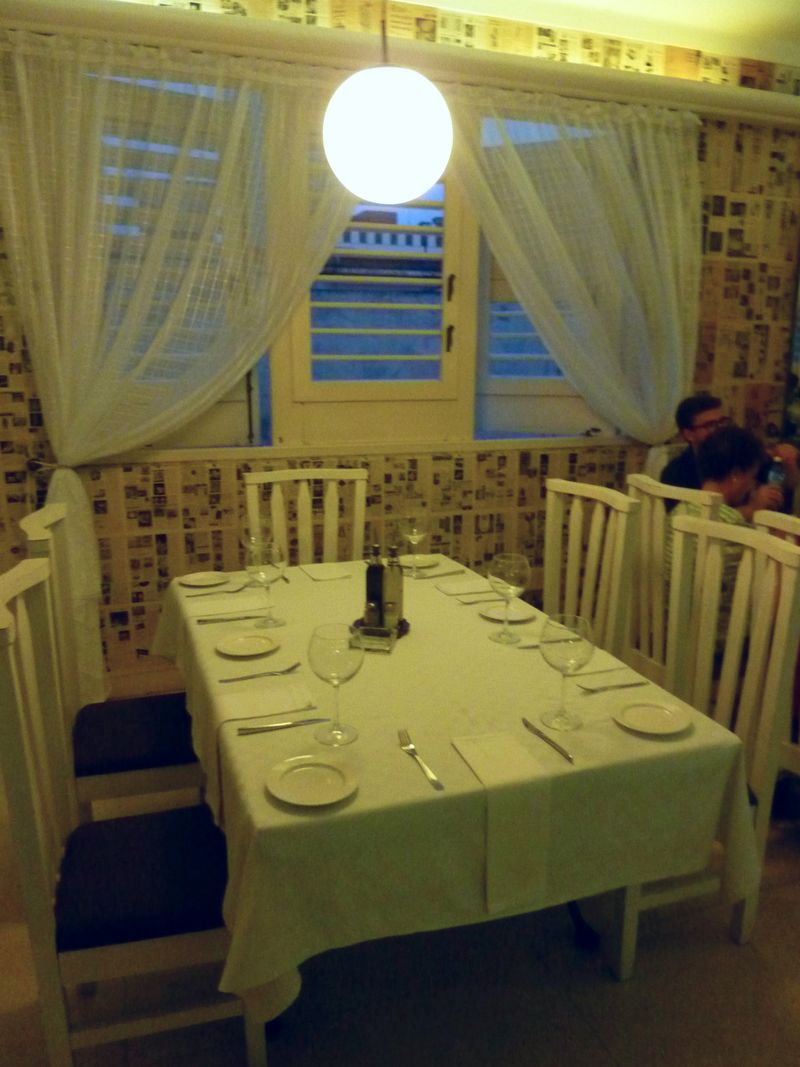 We got to sit outside on the terrace, which was wonderful, given the cold weather I had left behind (and sadly, returned to) in Boston. It also afforded us a sunset view of Havana: 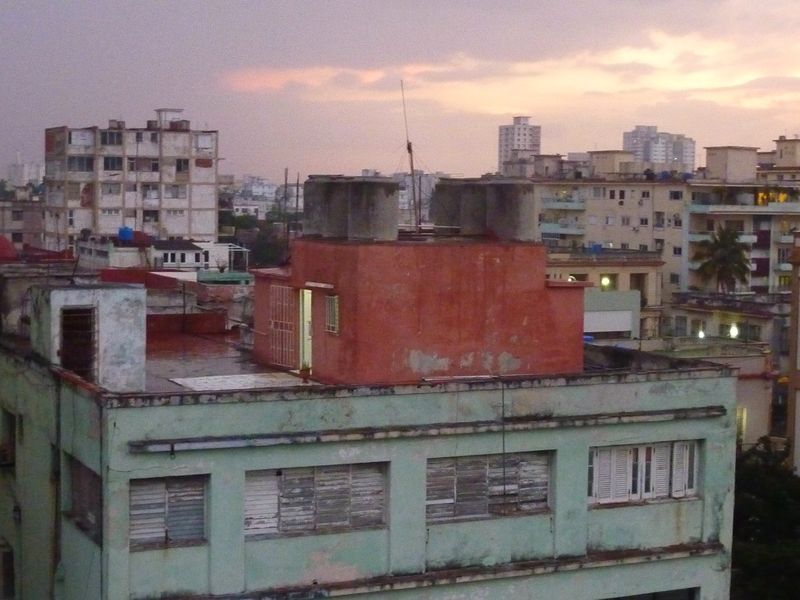 As is custom in Cuba, they started us off with a complimentary mojito (white rum, sugar, lime juice, sparkling water, and mint), followed by bread, a creamy vegetable soup (also common here - and we had pumpkin soup on more than one occasion, too!), shared appetizers like tuna carpaccio, a main course of grilled mahi mahi with rice and vegetables, and ice cream for dessert.

Ice cream appeared more than once on the trip, too. When I asked why there isn't more flan made available (which I love, and which you normally see in Spanish cultures), I learned that eggs are too hard to come by. The staple foods that appeared again and again included: papaya, tomatoes, cucumbers, squash, yucca, plantains, potatoes, beets, chicken and pork. Plus coffee and rum. There were other things, but these items were in heavy rotation, and quality varied depending on the location. From my limited experience, the paladares had more interesting, better-prepared meals than the state run restaurants. But neither produced the flavors - or used the spices and seasonings - you may be accustomed to with other cuisines.