Arnaldo Pomodoro is an Italian sculptor known for his "Sphere within Sphere" series that graces locations around the world, including the Vatican Museum, Trinity College in Dublin, UN Headquarters, the Guggenheim in NYC, and the Columbus Museum, among others.

I had taken this picture of one of his huge, bronze sculptures in front of the Banca Popolare di Milano building, not realizing that I'd visit his studio the very next day! 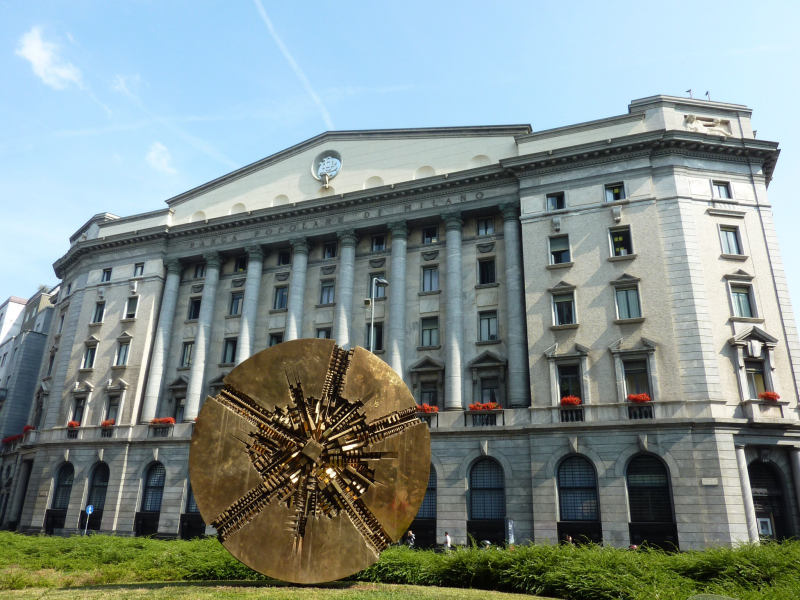 Yes, this is yet another artist we learned about on my recent Made in Italy art and design tour through Smithsonian Journeys (I cannot say enough good things about this tour...we saw and did so much! As evidenced by the fact that I'm still blogging about it two months later...)

On the second-to-last day of the trip, we visited the Arnaldo Pomodoro Foundation at Vigevano 9, an exhibit space originally set up to document and archive his own work, but now also showcases the works of others. 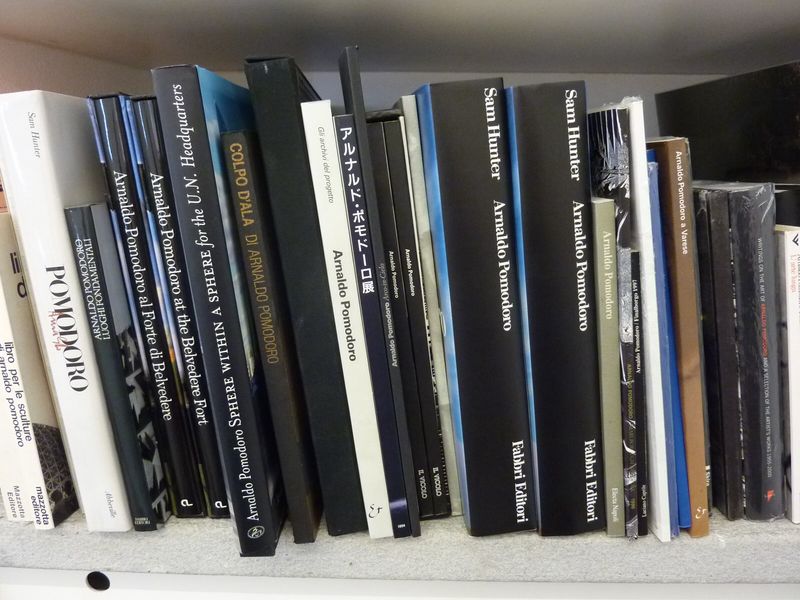 The installation on view the day we visited was made especially for the space by artist Loris Cecchini. Part of it, called "Module and Model," was made up of hundreds of small steel modules assembled into large 3-dimensional sculptures on the wall and floor. 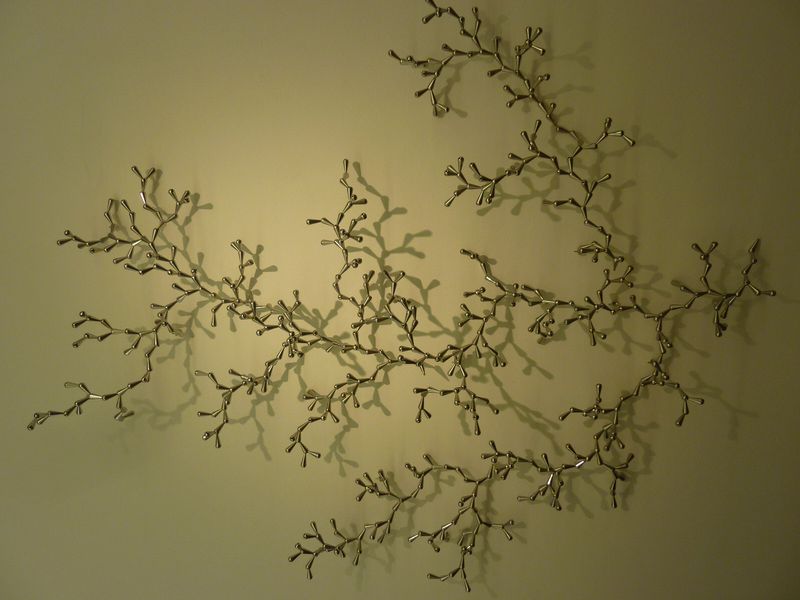 The other part, called "Wallvave Vibrations," consisted of sculptural carvings in the walls themselves. I neglected to take a photo of those so I've included one here, taken by Carlos Tettamanzi and appearing on the Foundation website; in it, you can see nearly the full installation (note the carvings on the back and right walls): Interestingly, the pieces have a nature-inspired feel to them, despite the austere colors and materials. And despite it's small size, the Foundation offers a great little gallery for viewing contemporary sculpture by international artists.