Browsing through a recent issue of InStyle Magazine today, I was overjoyed to see a reference to  Antonio Marras (even though his wild animal runway look was deemed over the top for anyone but a street-style star).

Last month when I visited Milan, I had the chance to visit Antonio's concept store, Circolomarras - and meet the Sardinian-born womenswear designer himself - in the heart of Zona Tortona, on via Cola di Rienzo, 8. 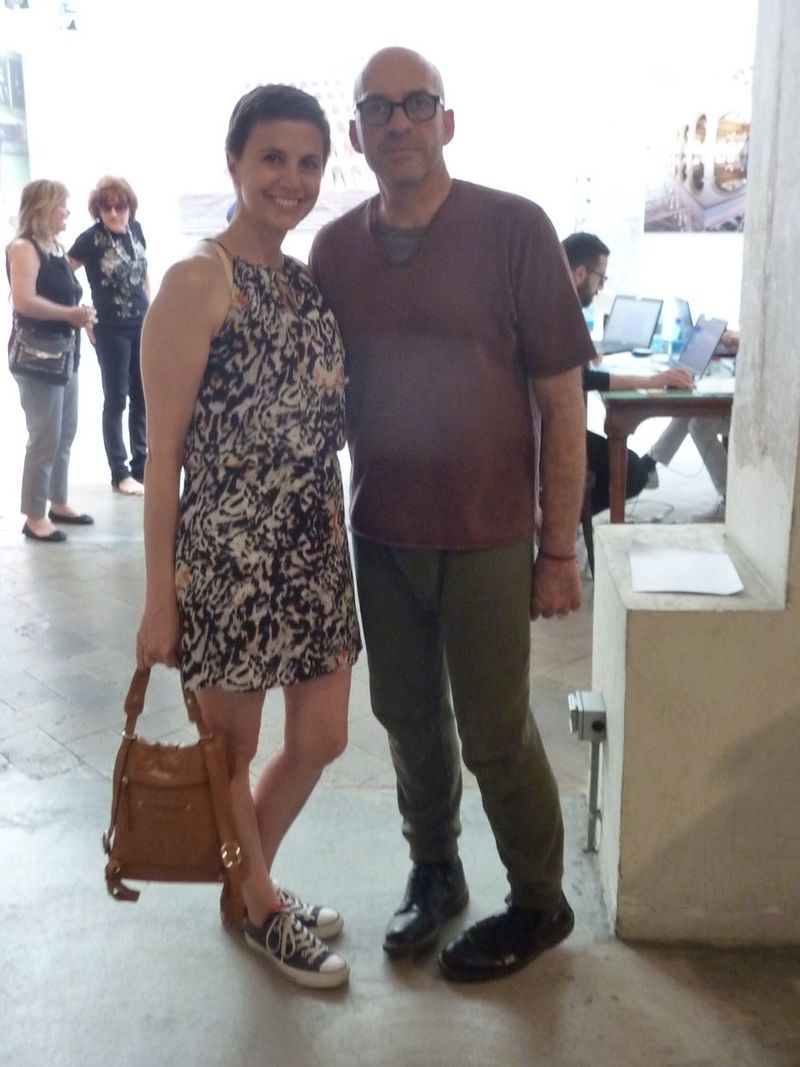 His studio/concept store is absolutely gorgeous, and one of the most memborable visits of the trip. In true Milan fashion, it sits back off the street, through a gate and a secret-garden of sorts. 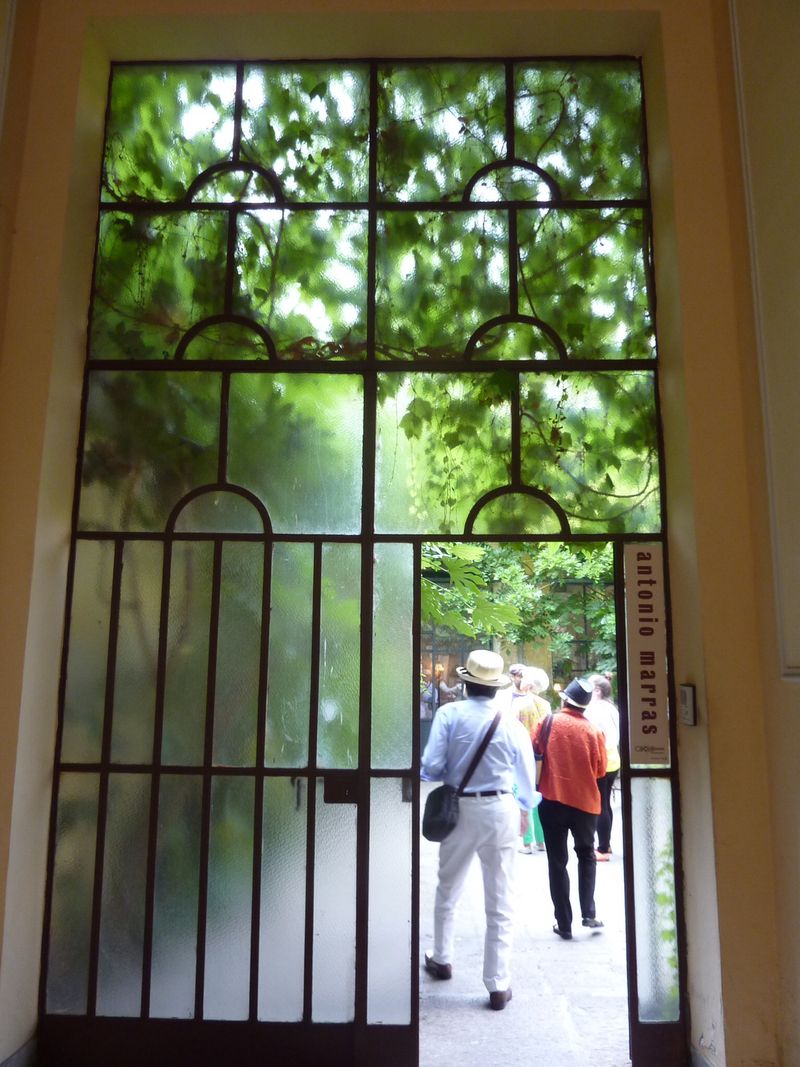 Inside an old factory workshop with vaulted, unfinished ceilings and walls is a stunning collection of Antonio's designs, mixed in with antique furnishings, books, and gobs of fresh flowers.

It's a warm, inviting space, which is how Antonio likes to live and work:

I have always liked, as a child, the idea of ​​having a space that was not my room or my house, an enlarged and private space, confidential, to stay with friends and unleash our energies. Back then it was the garage, the attic, a small barn in the countryside. As an adult, a huge space, a loft, a multipurpose space, a place not exclusively tied to exposition and sale. A comfortable place, private and open, welcoming, “hospitable” in the sense that this word had in ancient Greece, in Sardinia, in the Mediterranean area, where the stranger, the guest, was sacred and it was considered a crime to violate the laws of hospitality. 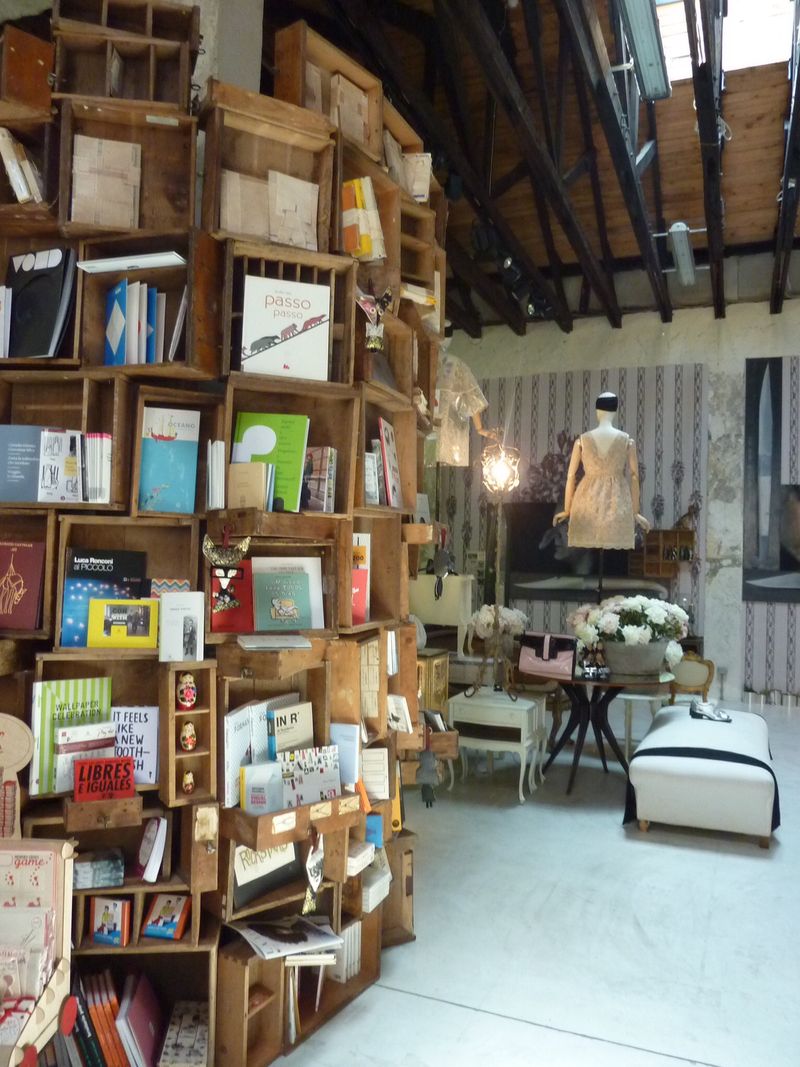 Perhaps the most stunning aspect of the space is a collection of dresses hanging from the rafters, their hems tented out over bicycle wheels, and outfitted with lightbulbs to create an enormous, ethereal chandelier: 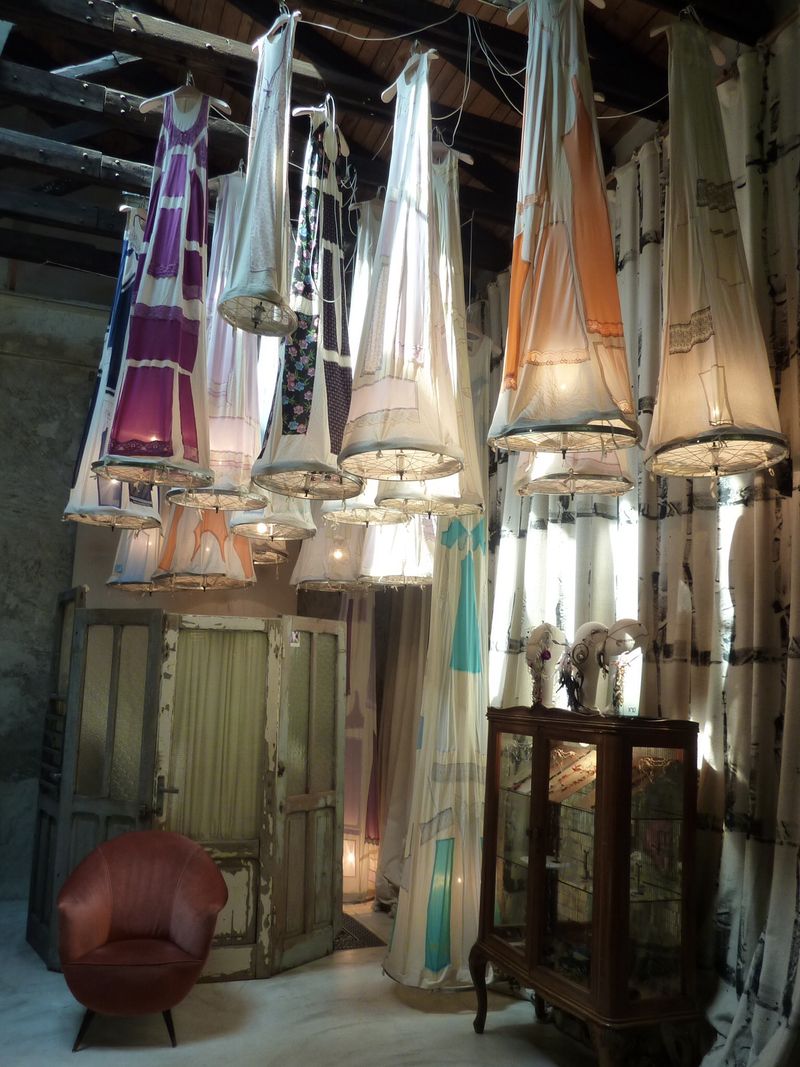 All of Antonio's clothes are made by hand in his home/studio/workshop back in Sardinia, and can be found at retailers like Saks and Shopstyle. From 2003-2011 he served as artistic director at LVMH's Kenzo fashion house, and over the years he became known for his hallmark "ligazzio rubio" (or, “red thread”). 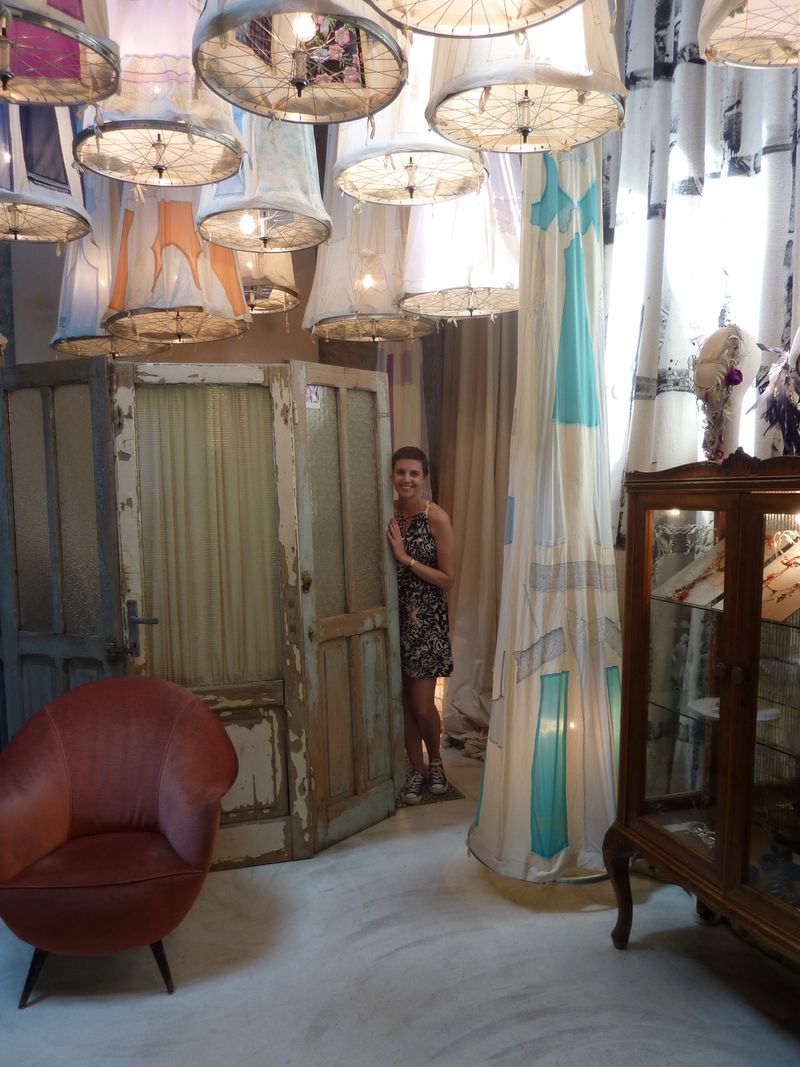 There was a buzz of energy in the space when we were there, as Antonio's team was feverishly assembling racks of clothing for Fashion Week.

Back outside through the lush garden, we toured an adjacent exhibit by portrait photographer Daniela Zedda. Her collection "Aldilàdelmare" contains eighty-eight pictures of Sardinians (she is from there as well) who have left the island to find new opportunities. Her portrait of Antonio Marras is prominently featured at the entrance to the exhibit: 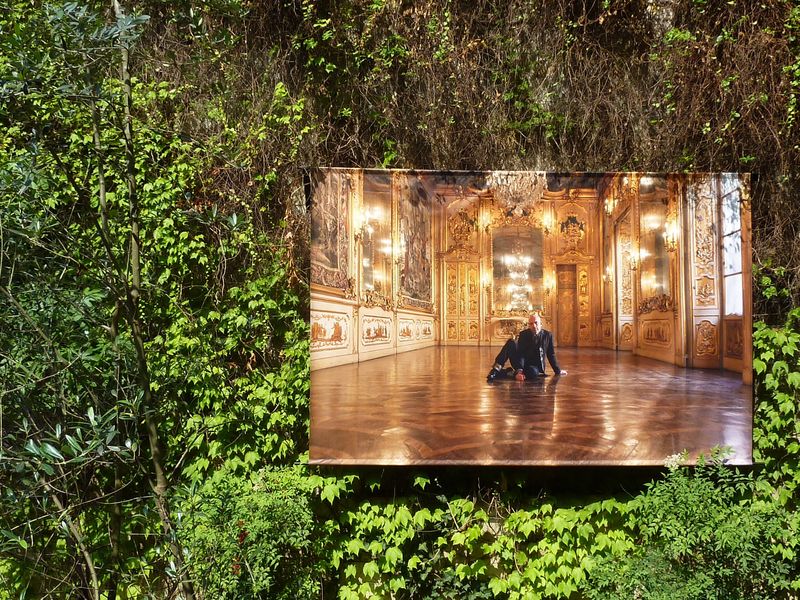 Inside is a cavernous, unfinished studio space where the art is the focal point. 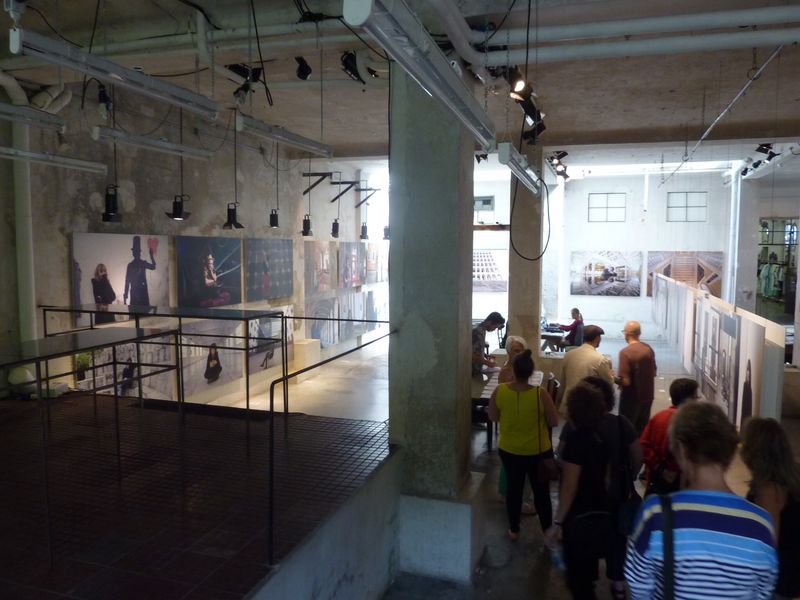 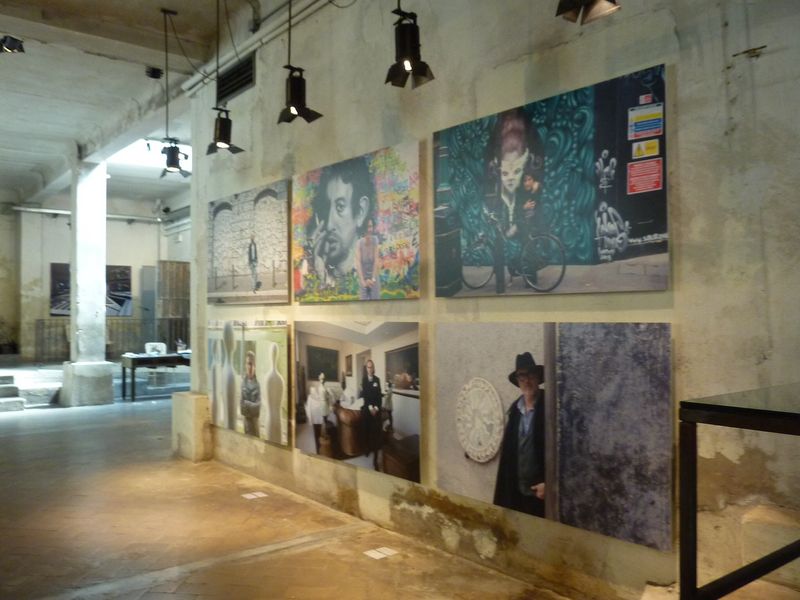 Her portraits are amazing. I was particularly taken with this one of editorial consultant Colomba Rossi in front of street art by Kenny Random at Torre della Specola, Padova. 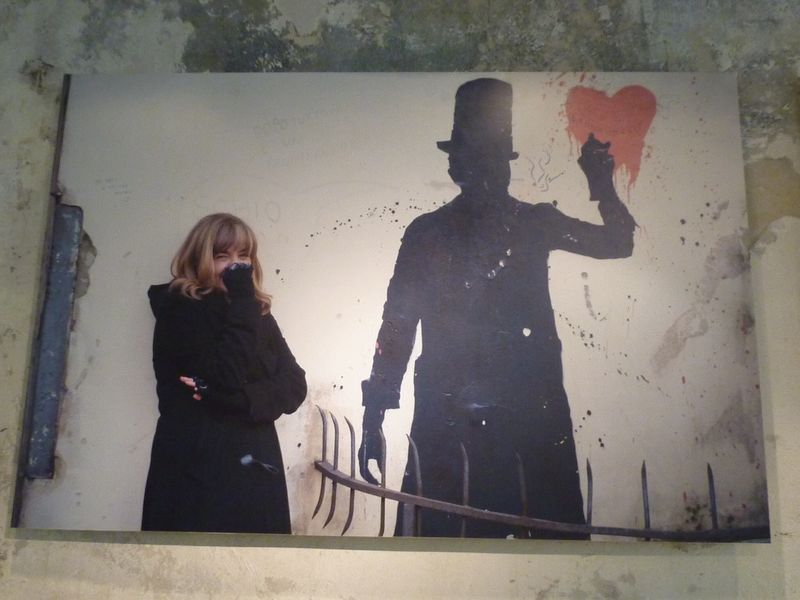 Here it is nearly 8 weeks later and I still haven't shared all of the sites and stories from Milan! But seeing reference to the people and places I encountered there gives me a little burst of creative energy. Good way to start the week. 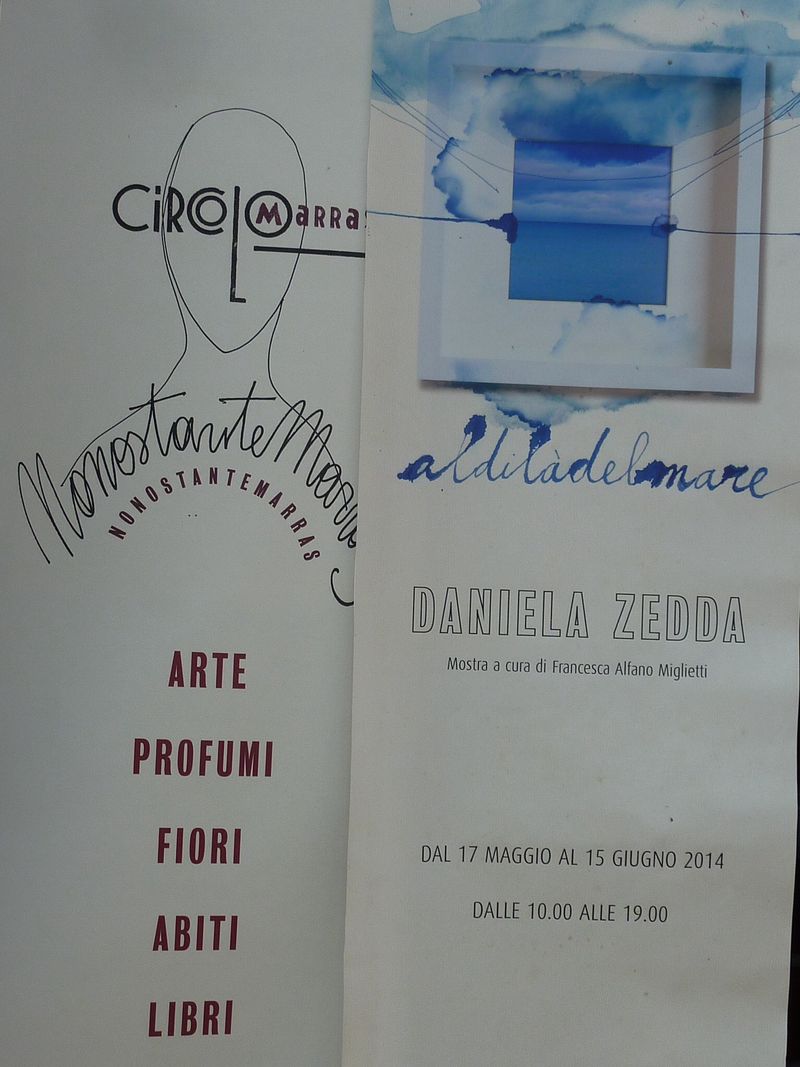 Everyday life has gotten in the way of me finishing my Milan travelogue...but there are a handful of things I still want to share with you! Here's one of them...

After lunch and shopping at 10 Corso Como, we strolled around the Navigli District; meaning "ships" in Italian, the Navigli was once a network of waterways and trade routes, designed in part by Leonardo da Vinci, and now home to restaurants, boutiques, and artist studios. 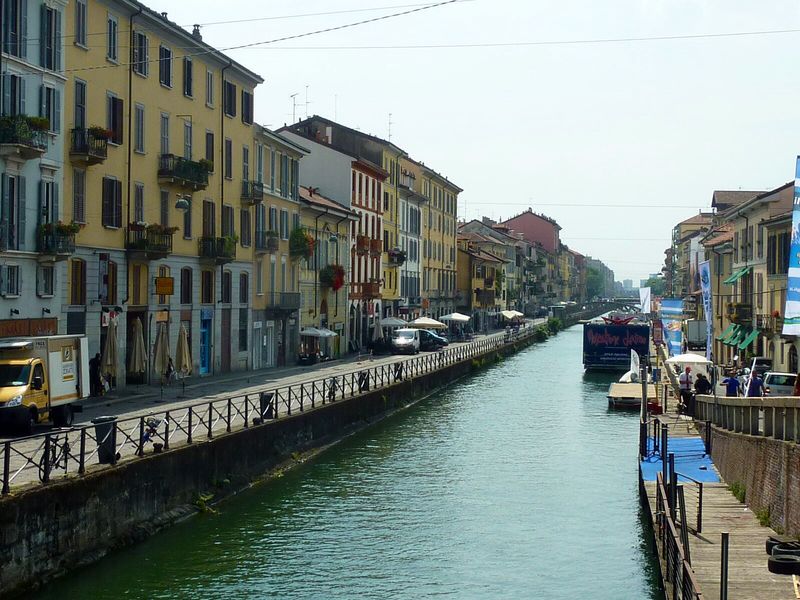 Oringinally five canals, the oldest built in 1179, they connected the city with the rivers and lakes in the Lombardian region and were used for irrigation and transport  - both people and goods - to and from areas as far as the Alps and beyond. In fact, the marble used for the construction of the Duomo was transported via these waterways from the Lago Maggiore near the Alps. 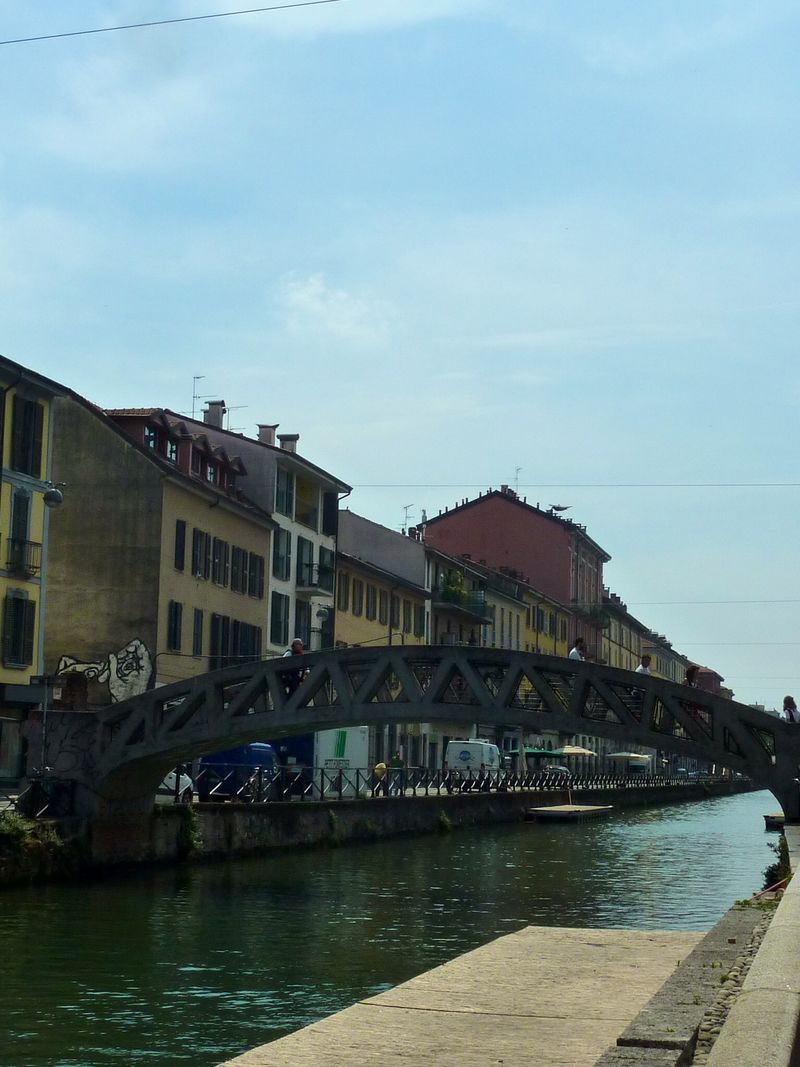 Traffic on the canals dwindled once road transportation took off, and some were filled in during the late nineteenth and early twentieth centuries.  Only three canals survive today: the Naviglio della Martesana in the north-east and the Naviglio Grande and Naviglio Pavese in the south-west of the city.

This area was until recently an impoverished, working-class neighborhood and is still a bit "edgy." 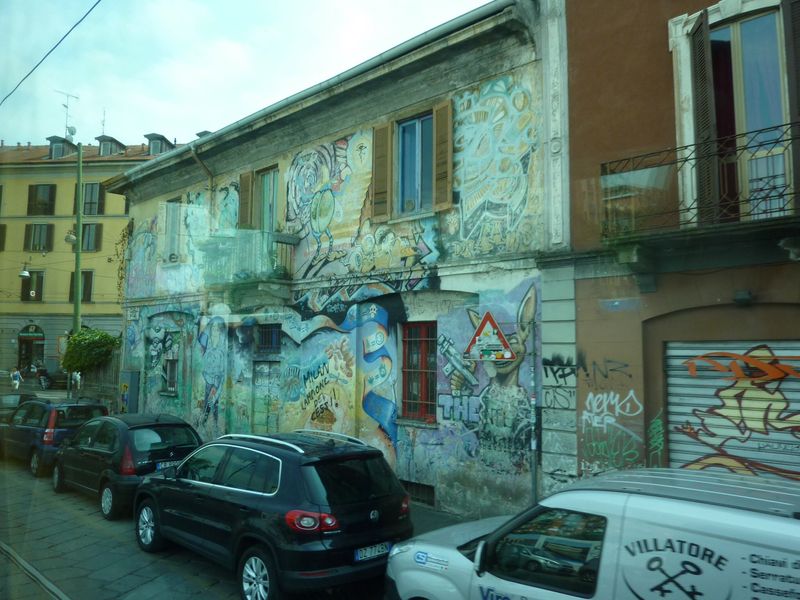 But in recent years, the houses along the canals were renovated, and many are now home to artist studios, restaurants and bars.

Along the Naviglio Grande, you'll also find the Vicolo dei Lavandai, where women used to wash their laundry with water from the canal. There were children playing here on the day we visited: 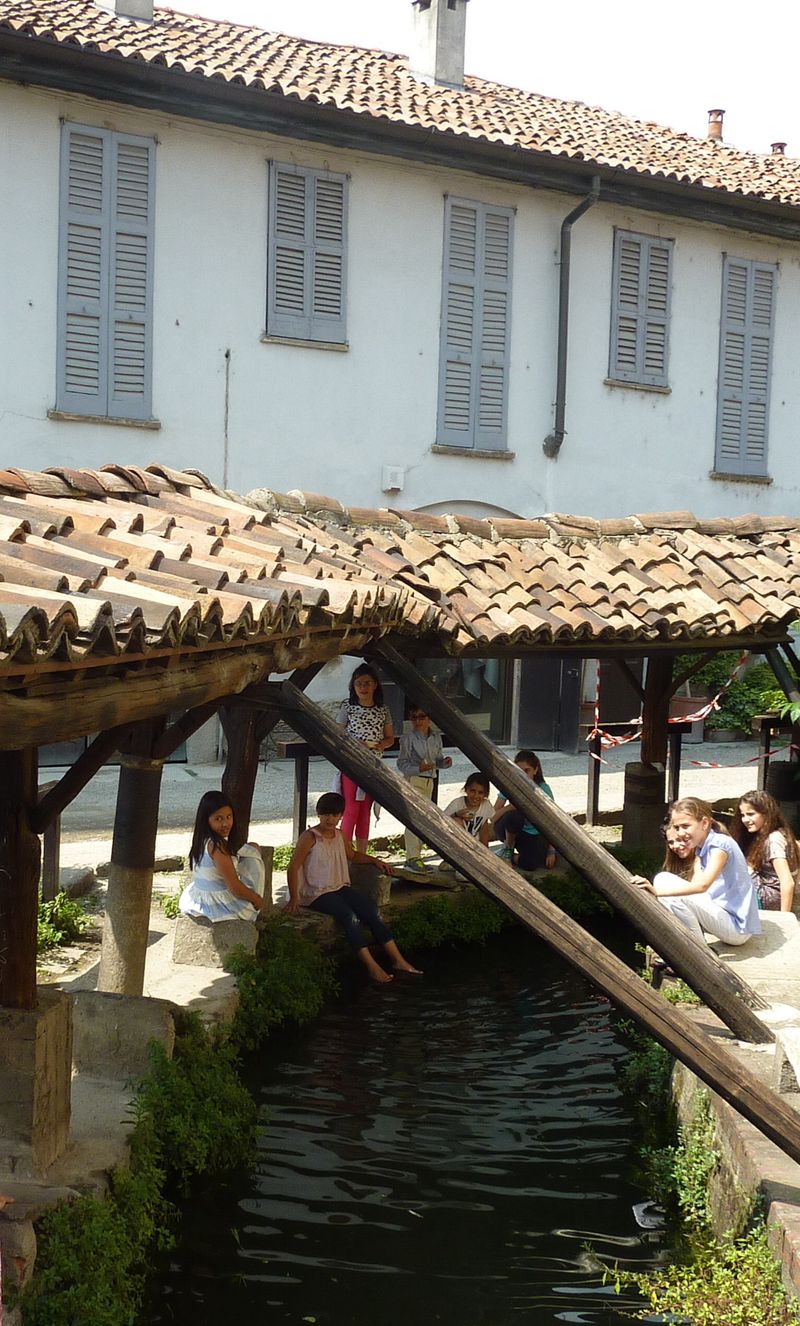 The Navigli is a fun, energetic part of town. I've had a long-time fascination with Leonardo da Vinci, and it is amazing to see a system of damns and sluices that he designed so many years ago. Like much of Milan, the neighborhood is an eclectic mix of ancient and modern. 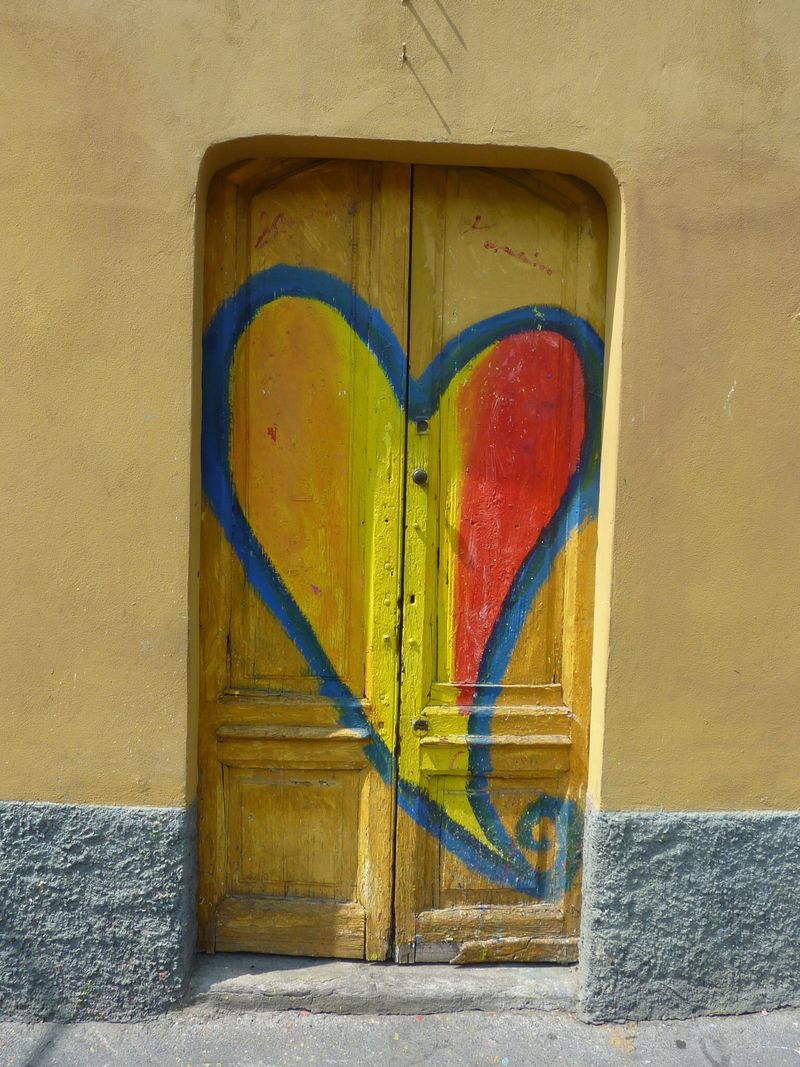