Cenacolo Vinciano Santa Maria delle Grazie is a church and Dominican convent in central Milan, commissioned in the late 1400s by the dukes of the Sforza family. 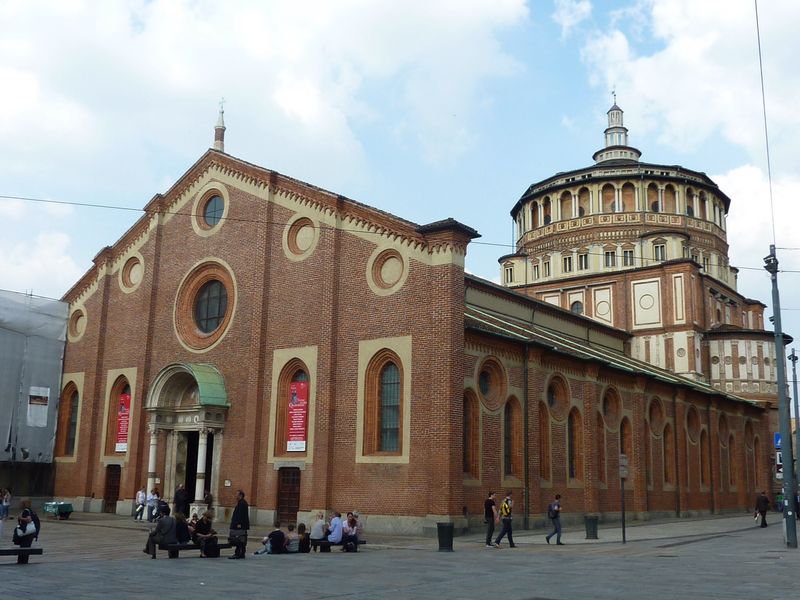 After visiting the Dolce & Gabbana concept store at Corso Venezia 7, I took the metro from San Babila to Cadorna in order to view Leonardo Da Vinci's famous mural, The Last Supper (or, L'Ultima Cena). Viewers are limited to 20 at a time, so it requires purchasing tickets in advance (which I had done from home, a few weeks ahead of my departure). 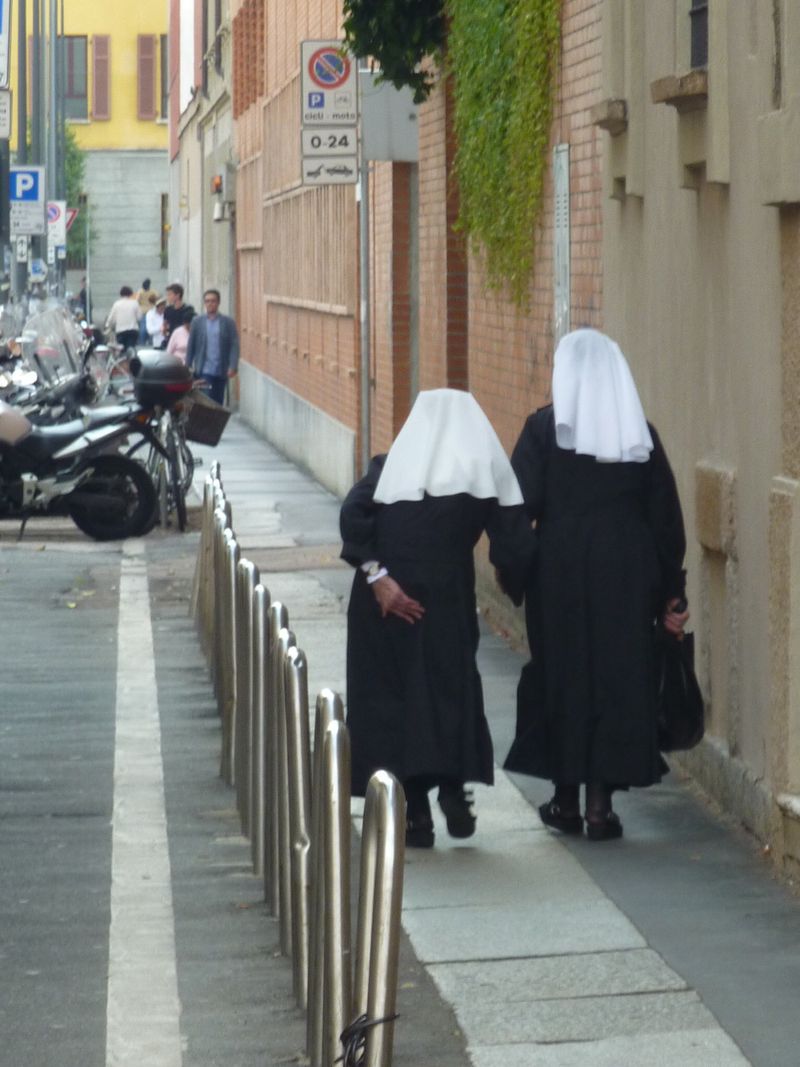 The mural is 15' x 29' and covers the back wall of the convent’s dining hall. It depicts the last supper of Jesus and his disciples as told in the Gospel of John, 13:21. The work was commissioned by Ludovico Sforza, the Duke of Milan, and completed between 1494 and 1498.

Due to its age, the materials used, and the fact that the monastery was bombed during WWII, leaving Da Vinci's work exposed to the elements for several years before repairs took place, the painting has badly deteriorated over the years despite numerous attempts at restoration. Viewers have to go through a series of humidity-controlled antichambers before entering the refectory, in order to protect it from air and light.

But when you walk into the dimly-lit room, it is just breathtaking. Everyone falls silent, gazing open-mouthed up at the back wall. There are a few benches for those who want to sit and ponder the work, but most people rush up to its edge, eager to see the masterpiece up close and read the historical placards below. No photos are allowed (yet George Clooney apparently caused an uproar when he not only took a picture of it, but used his flash) so I've included one from Wikipedia here: 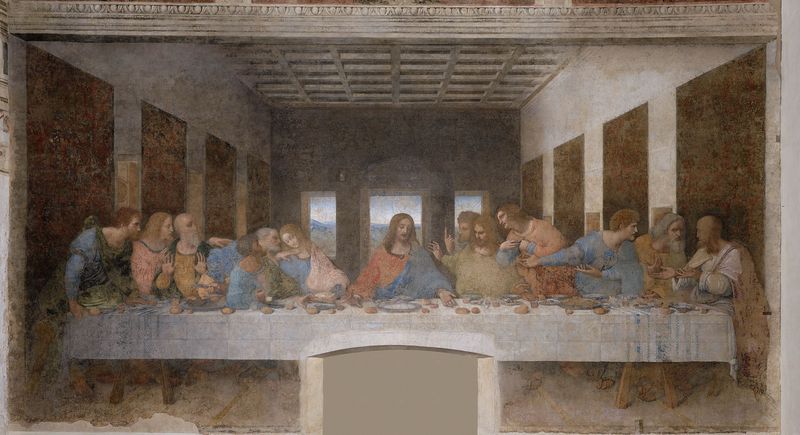 I was surprised to learn that in 1652 a doorway was cut through the lower portion of the painting, removing Jesus' feet which were said to have been in a position symbolizing his forthcoming crucifixion.

The opposite wall has a larger mural called The Crucifixion by Giovanni Donato da Montorfano, completed at the same time (here, also from Wikipedia): 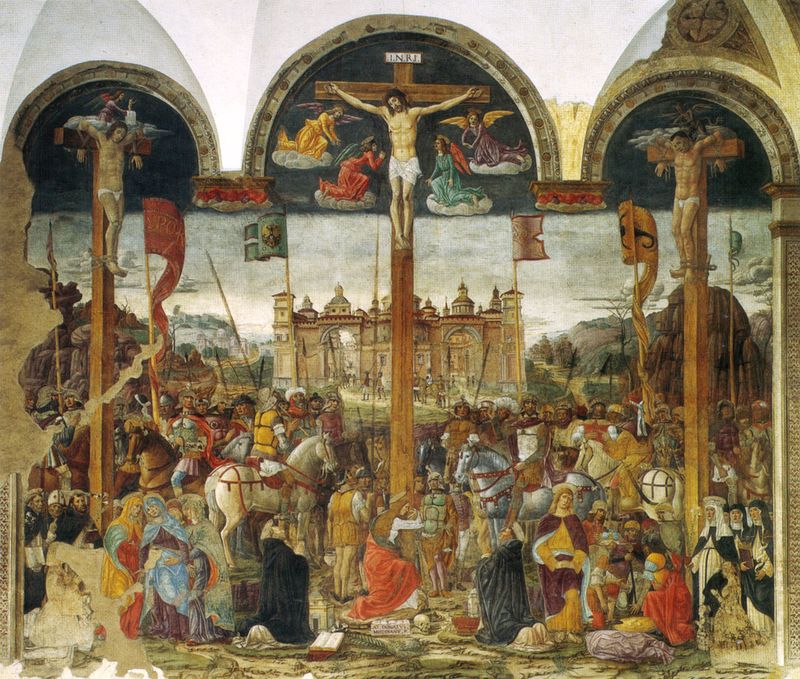 This is a must-see for visitors to Milan. Such an amazing piece of art and history.