The Duomo is the cathedral church of Milan and the seat of the Archbishop, Cardinal Angelo Scola. It is just breathtaking. 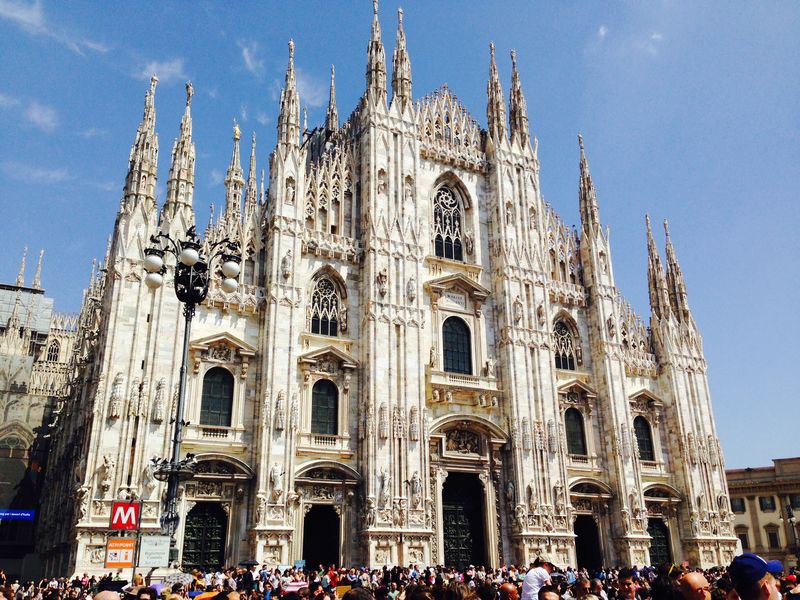 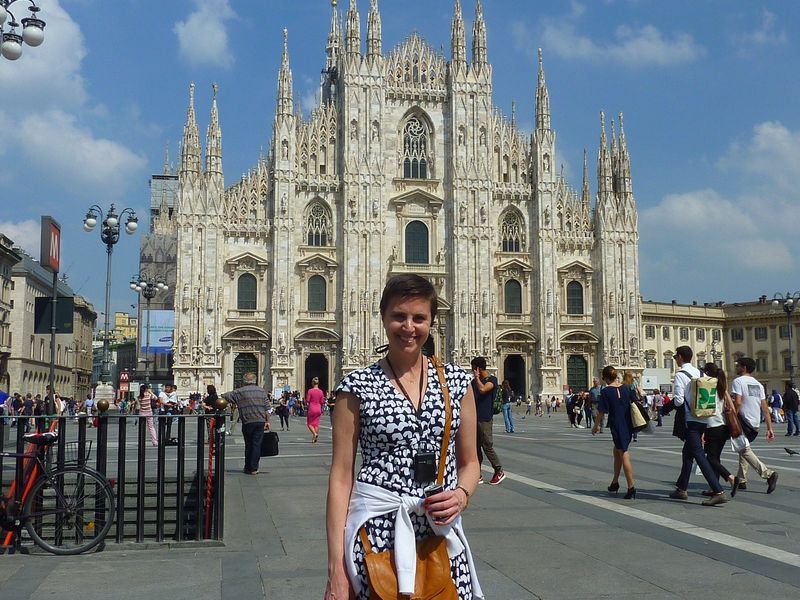 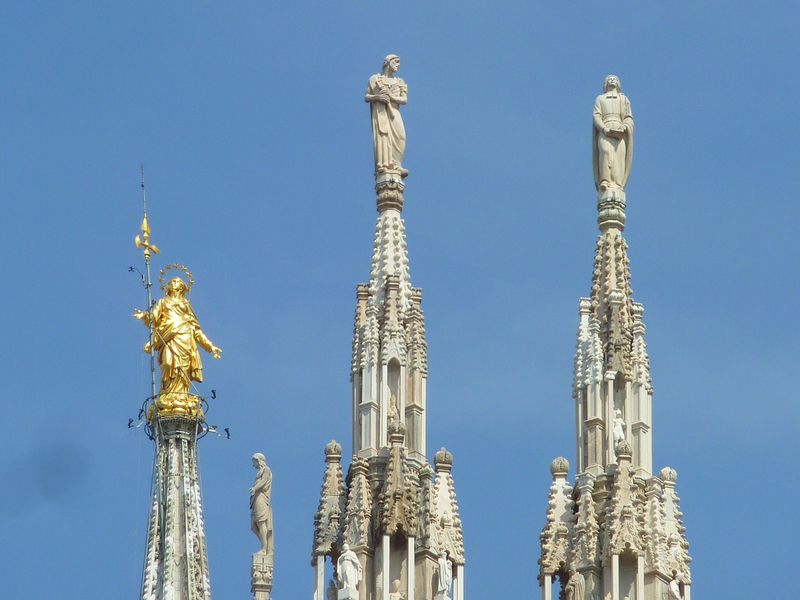 Construction began on the Gothic structure in 1386 and took 500 years to complete. It was Napoleon who pressed for its completion; he crowned himself King of Italy there in 1805. 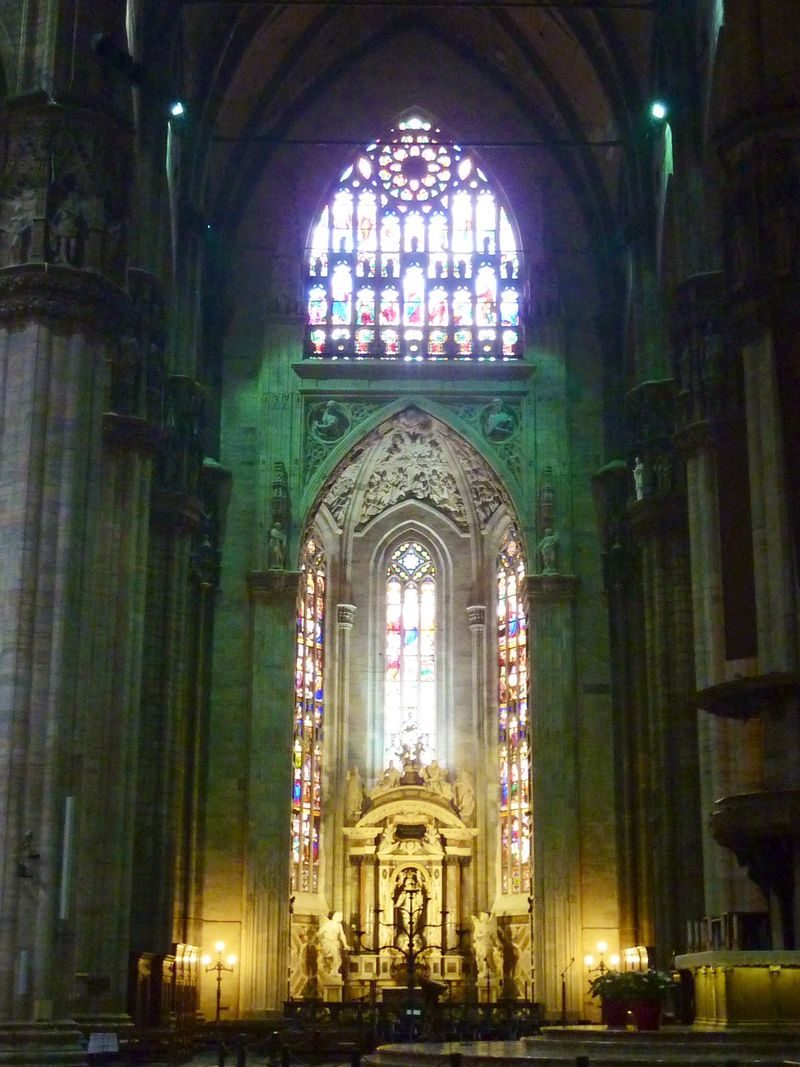 In addition to going inside the Cathedral, I was able to go up on the roof, where the architectural detail (as well as the view of the city and distant Italian Alps) is just mind boggling. 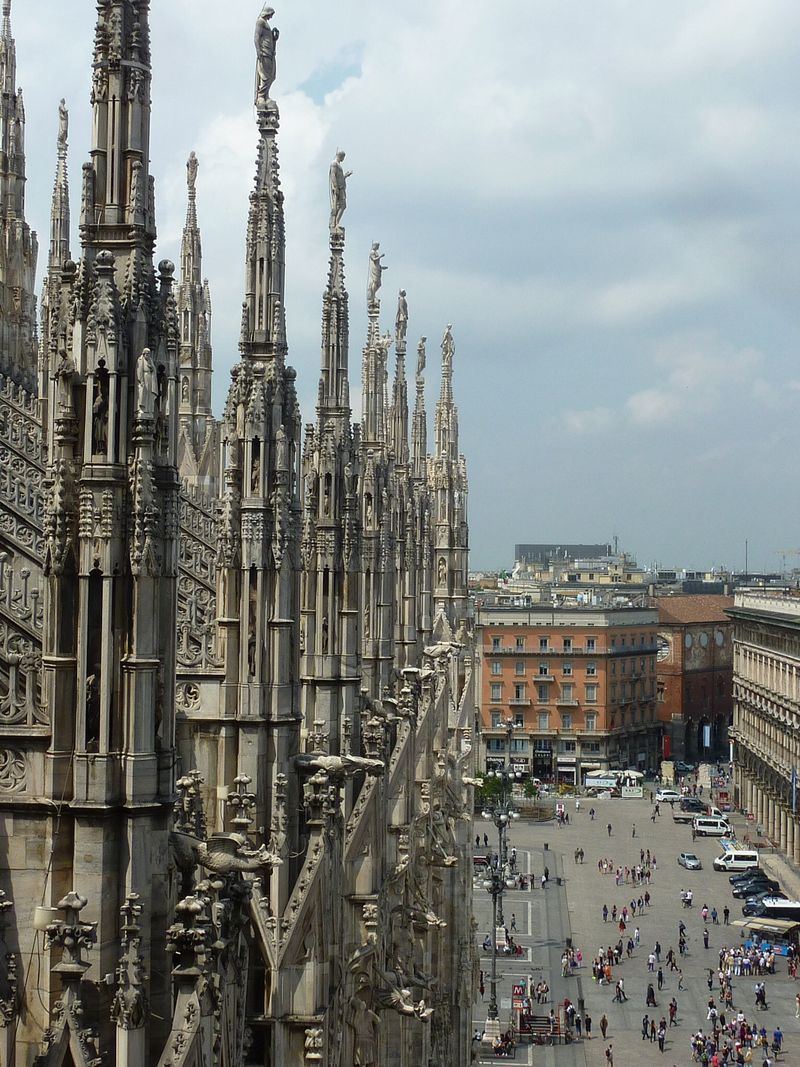 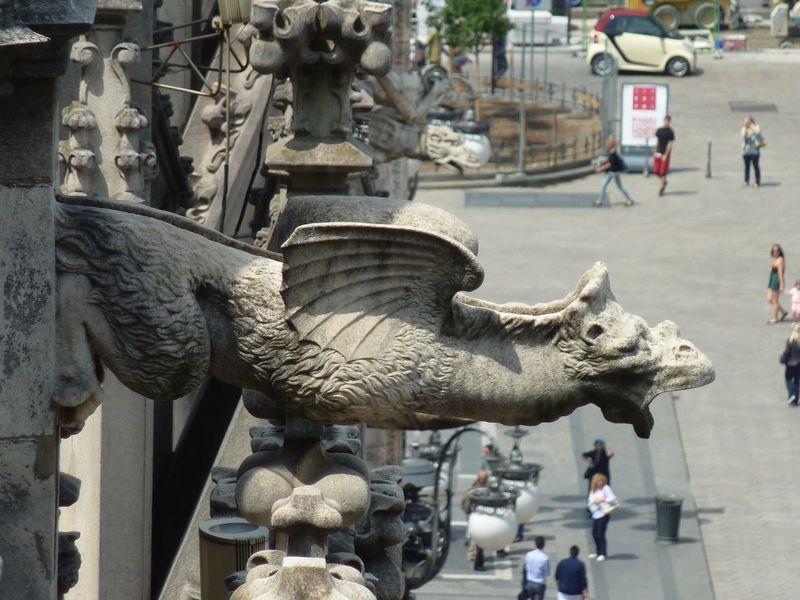 Sadly, given the poor state of the Italian economy and resulting cuts to its culture budget, it's proving difficult to raise funds needed for ongoing repair and maintenance of a structure that old and large. So they've resorted to putting the gargoyles up for "adoption" (for a 6 figure donation you can get your name carved under it) and running a large video advertising screen on the repair scaffolding. Gross. 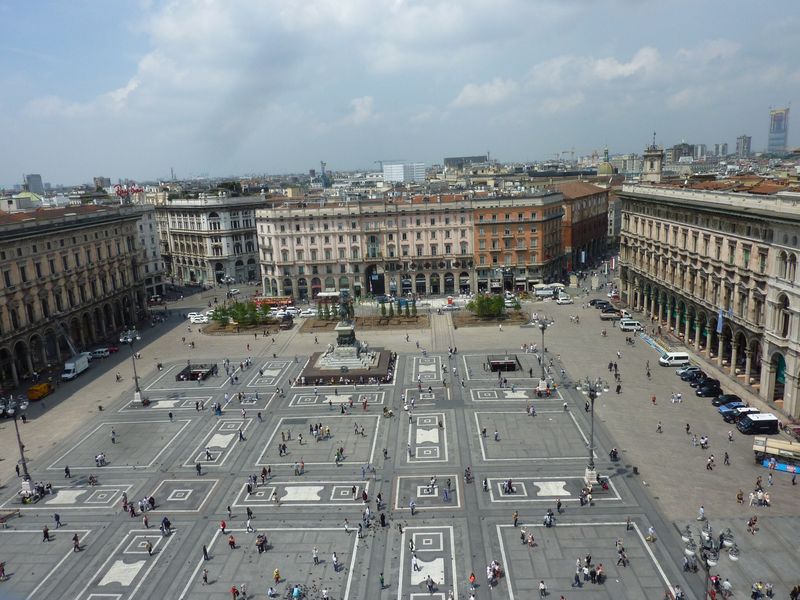 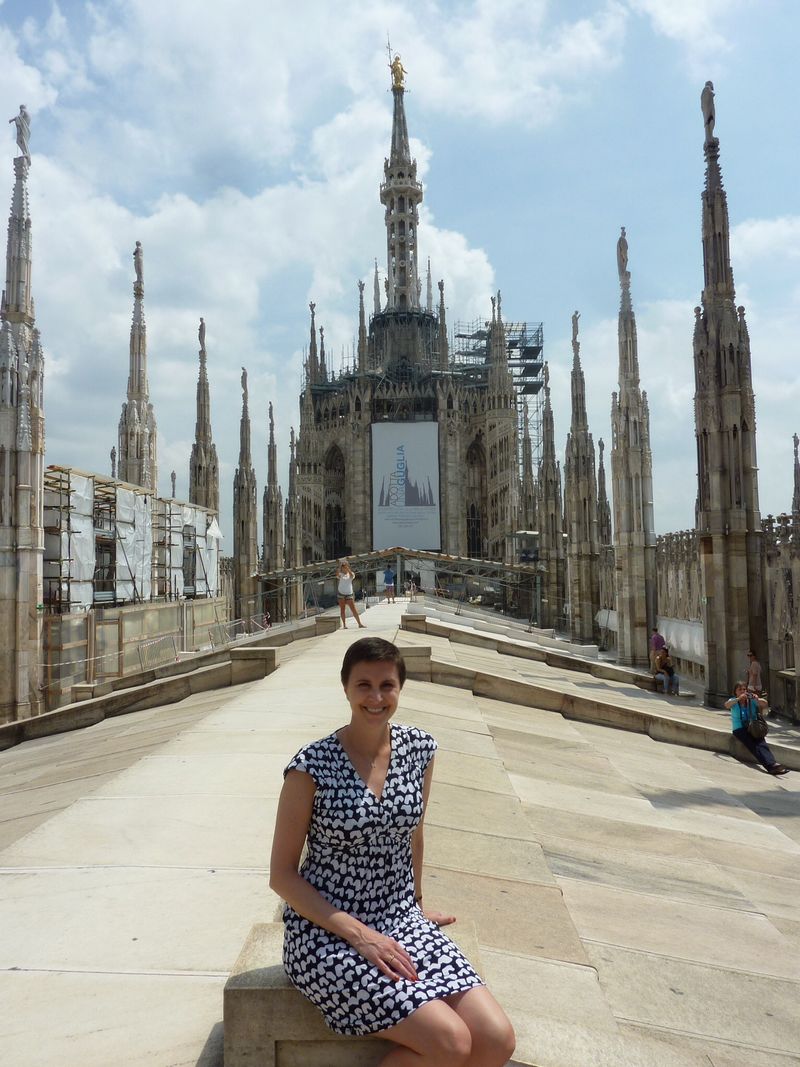 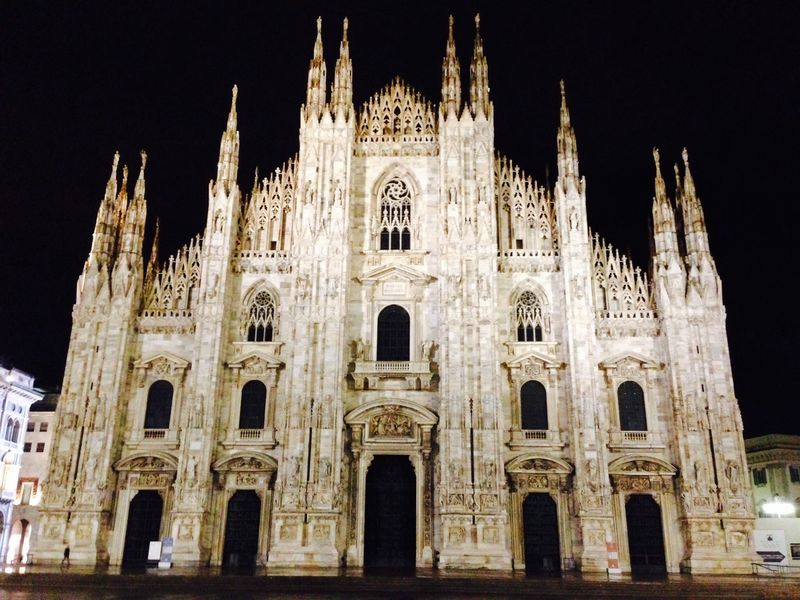