On the opposite side of the Galleria Vittorio Emmanuelle II from The Duomo is Piazza Della Scala. It is named after the famous Teatro alla Scala opera house, which sits on the northwest side of the square. On the southeast side sits Palazzo Marino, Milan's city hall, which was built in 1563 and is the oldest building on the square.

Teatro alla Scala was designed by neoclassical architect Giuseppe Piermarini and opened in 1778. While the exterior is rather dull, the interior is more interesting (so I'm told) and rich with history. Or, as author and photographer Robyn Lea noted in her book Milan: Discovering Food Fashion and Family in a Private City, "Austere on the outside, vibrant and evocative on the inside, it is the perfect metaphor for Milan itself. 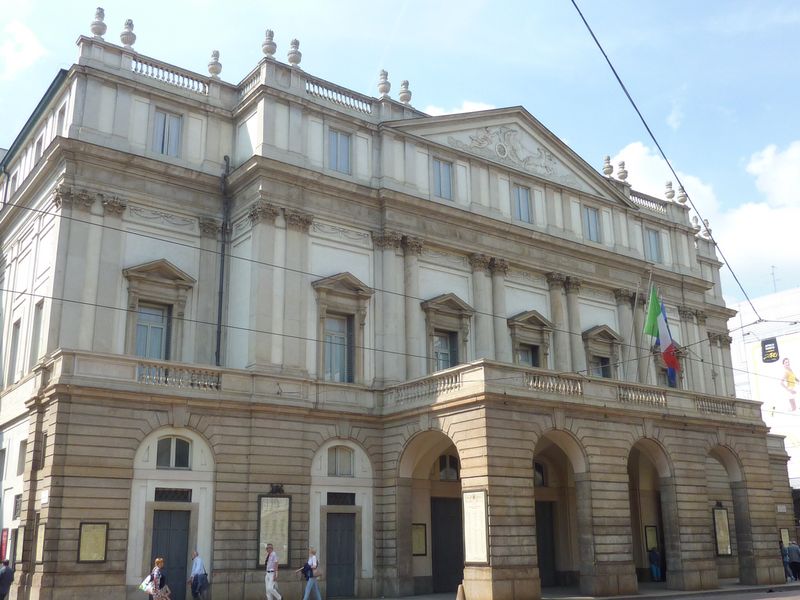 In the center of the plaza is a monument honoring Leonardo da Vinci, which was erected in 1872. Da Vinci is considered one of the most multi-talented people of all time. Reliefs depict some of the disciplines that da Vinci mastered (painting, sculpting, engineering and architecture), as well as his four favorite students who stand at his feet. One of his most famous works was created during his stay in Milan: The Last Supper in the refectory of the Santa Maria delle Grazie Church (which I also saw, and will appear in a subsequent post. 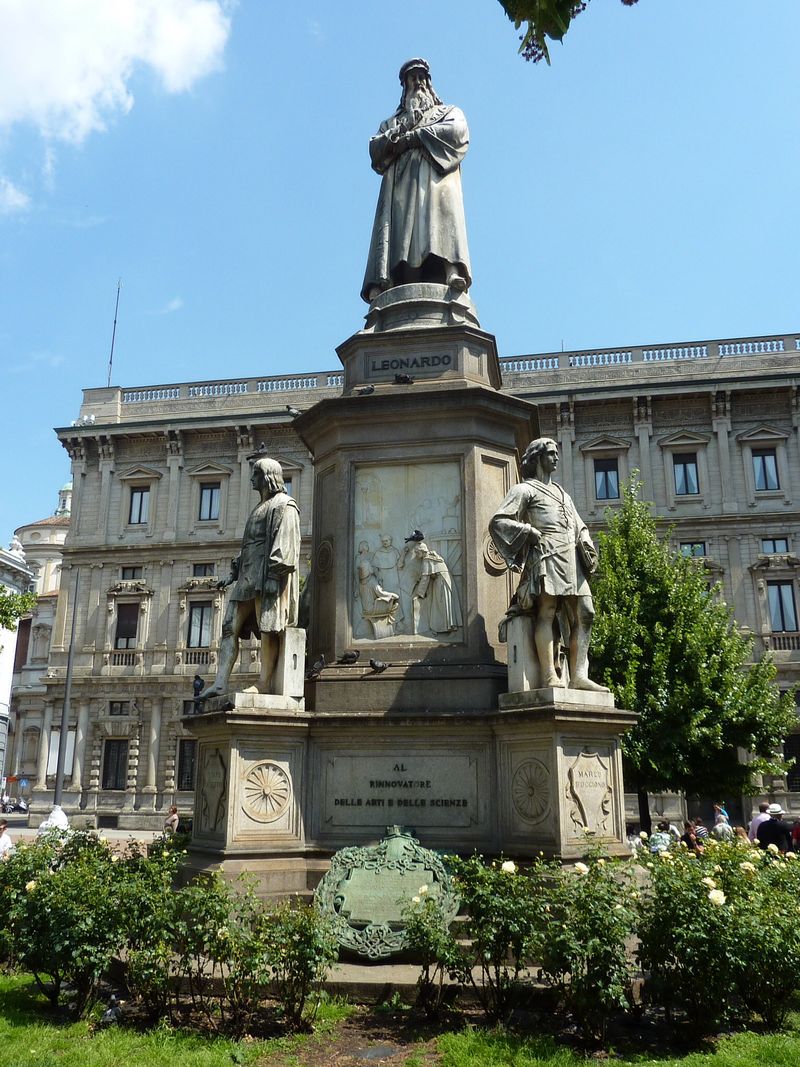 Lastly, this chain and locks was on the small fence around the statue, but I don't know what they symbolize. Do you? 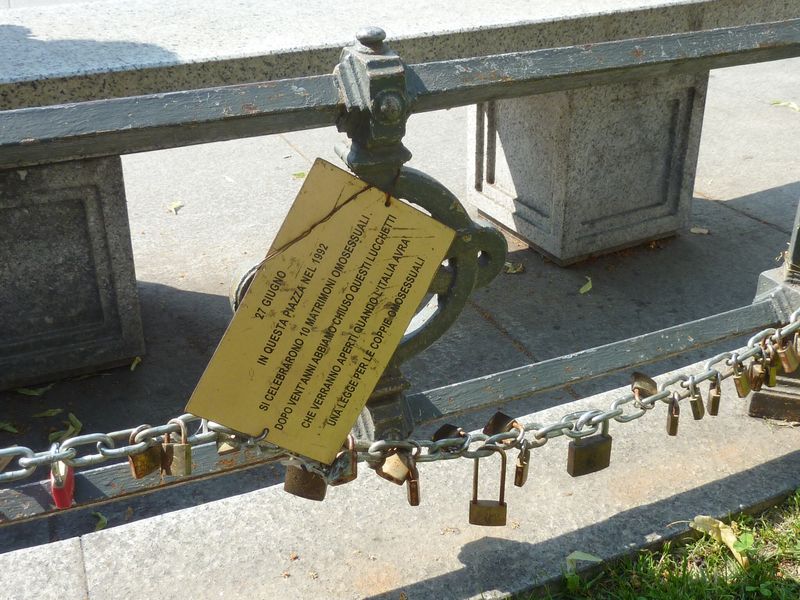