We headed over to Piazza Castello to visit the studio of industrial designer Achille Castiglioni (1918-2002), considered one of the greatest designers of the 20th century. 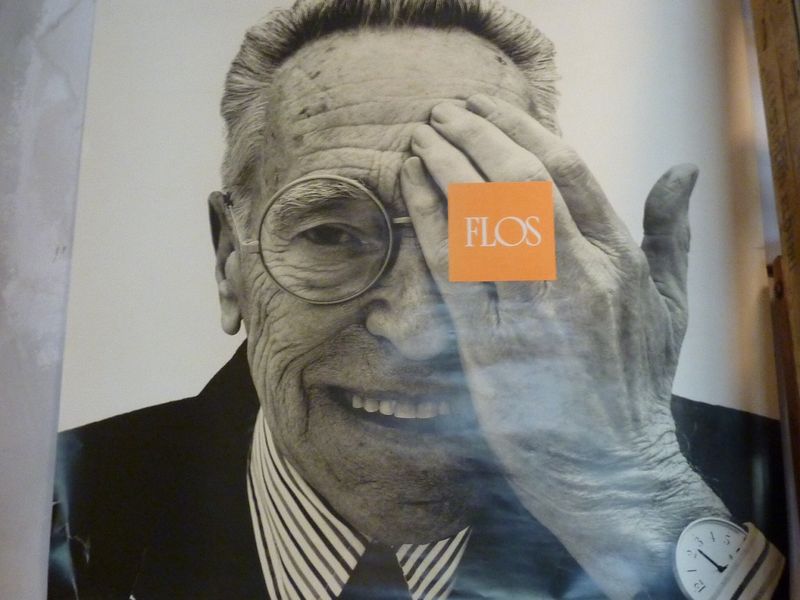 He worked in this space for nearly 60 years, and the rooms remain exactly as he left them, packed floor-to-ceiling with all manner of knick-knacks, memorabilia, sketches, books, magazines, models and films. 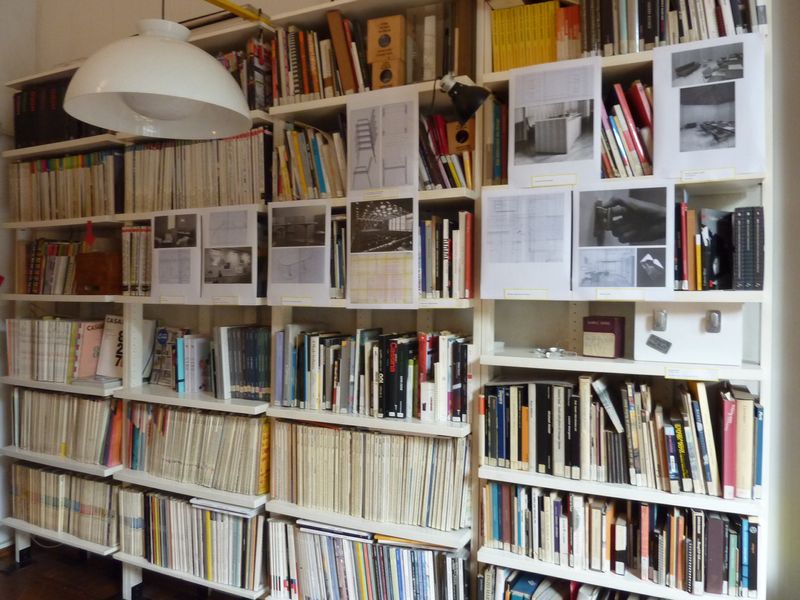 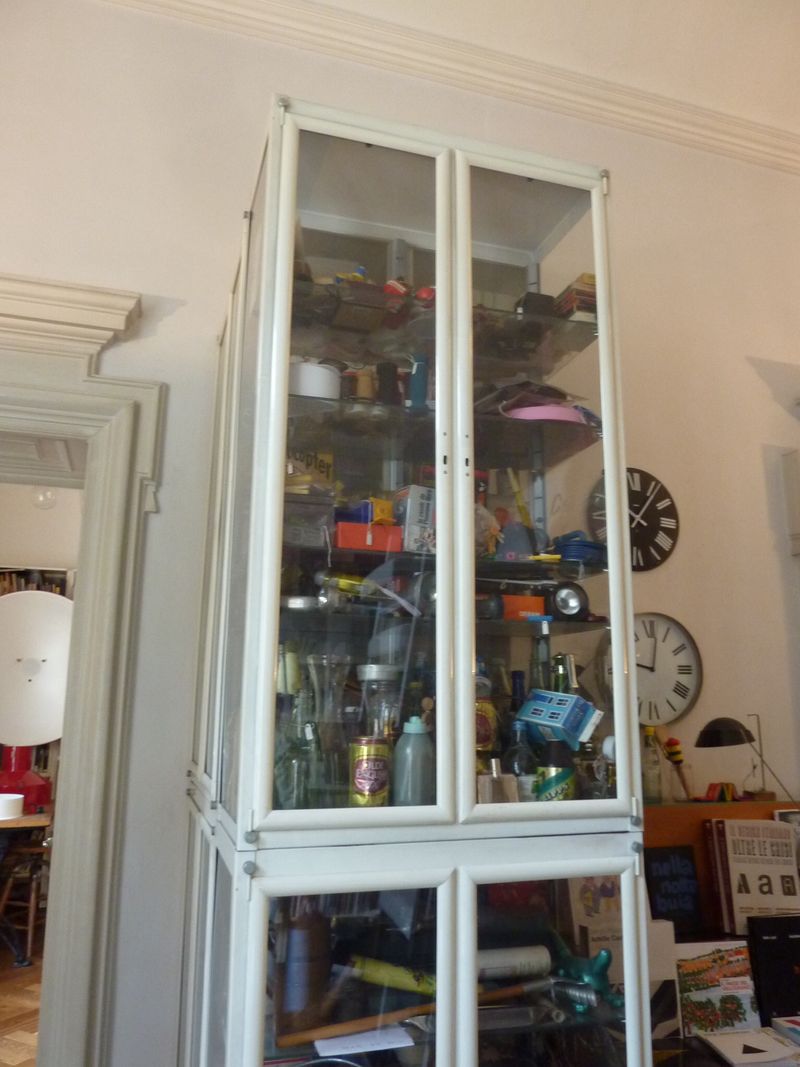 His heirs entered into an agreement with La Trienniale di Milano to create a foundation and keep the studio open for archiving and tours. 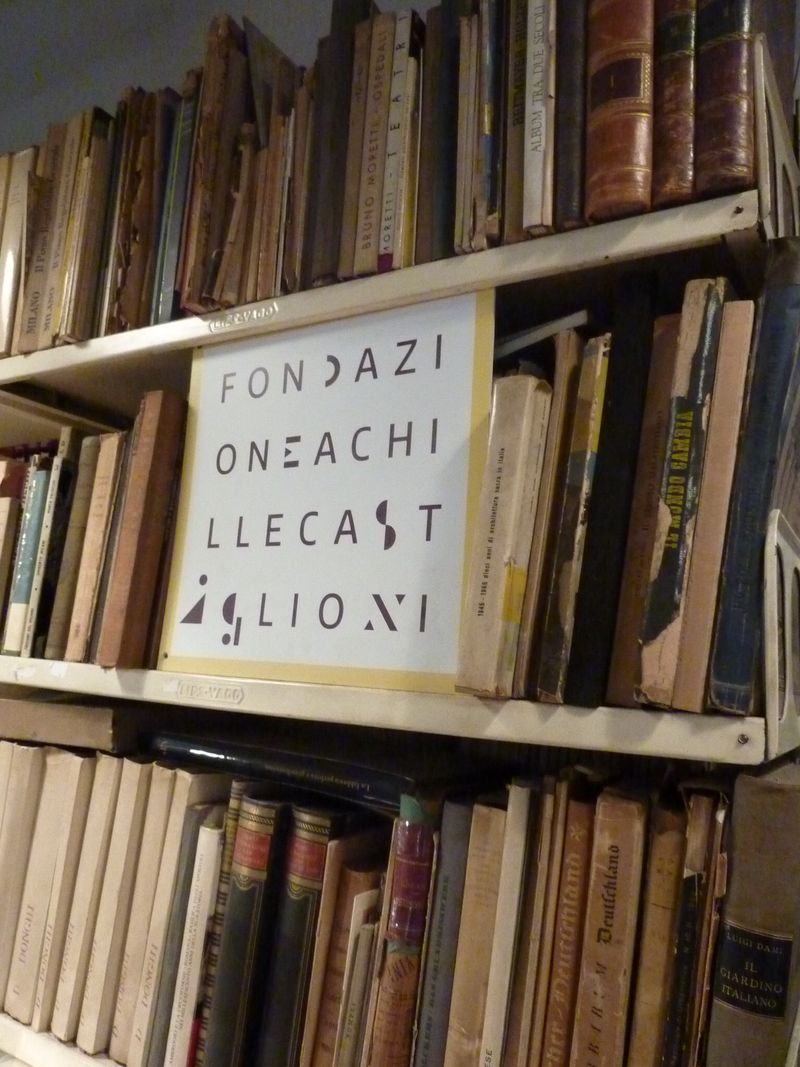 We were lucky enough to have Achille's daughter, Giovanna, as our tour guide, and she shared wonderful stories about her father and what led him to design several of his most popular products. 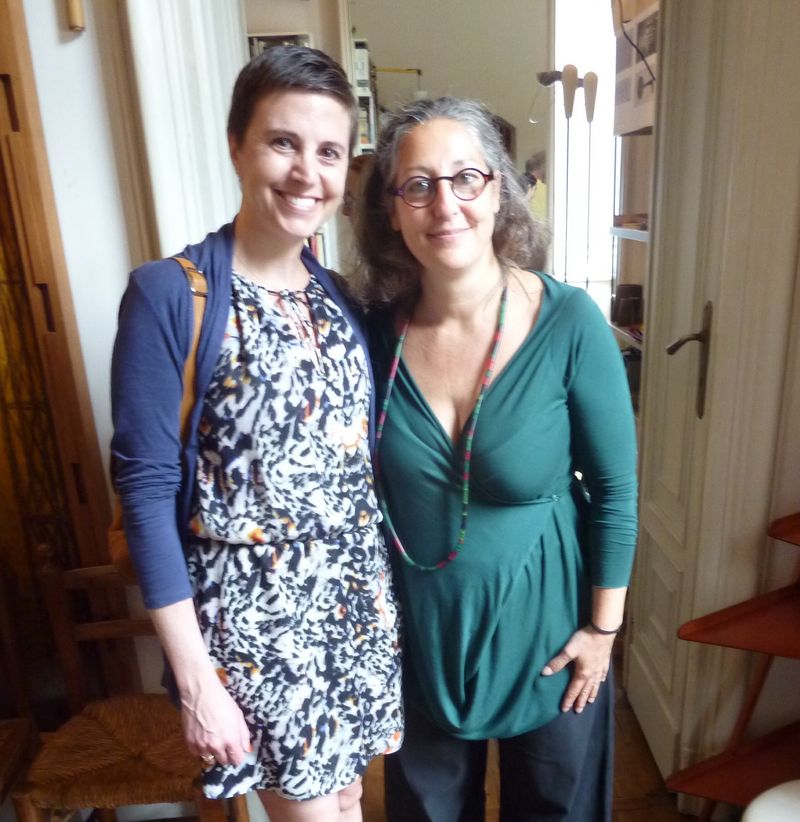 MoMA's permanent collection in NY hosts fourteen of his works, and many of his designs were produced by leading companies like Alessi, B&B Italia, Flos, and Kartell. 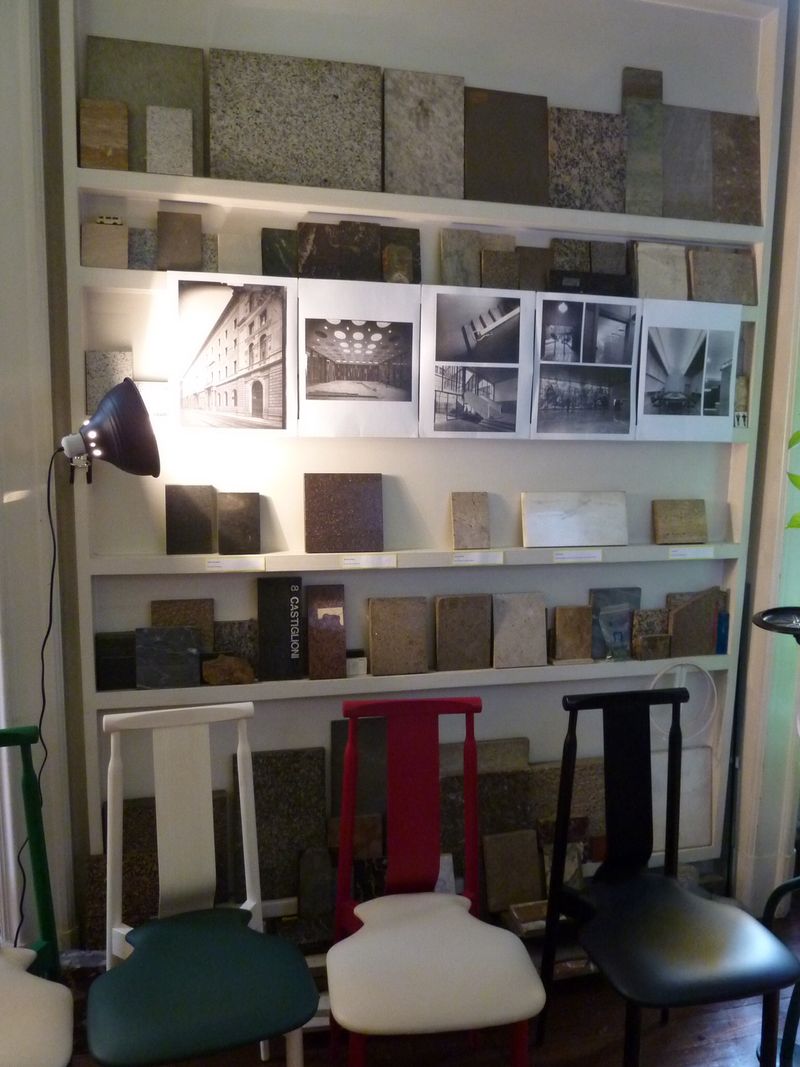 What's interesting is that he was inspired by everyday things, and used a minimum amount of ordinairy materials to create forms with maximum effect. 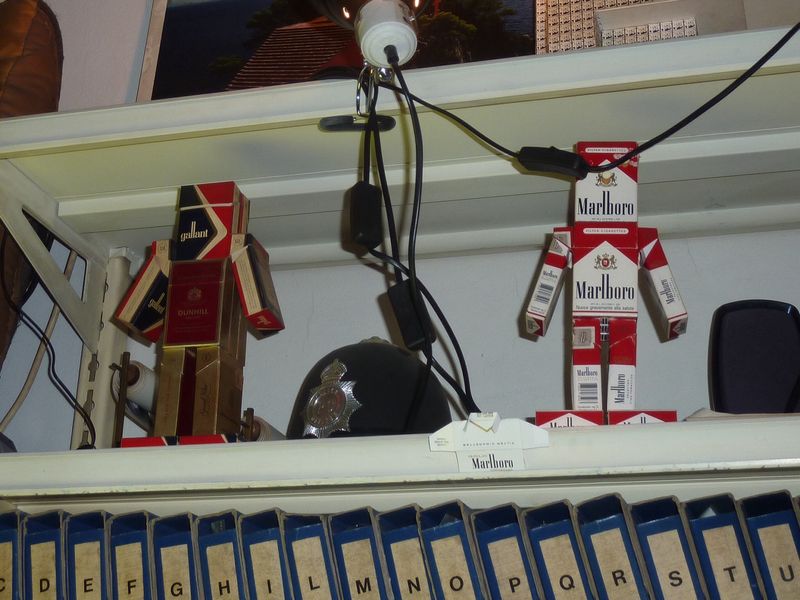 Most of his products are now considered design classics, and many are still in production. 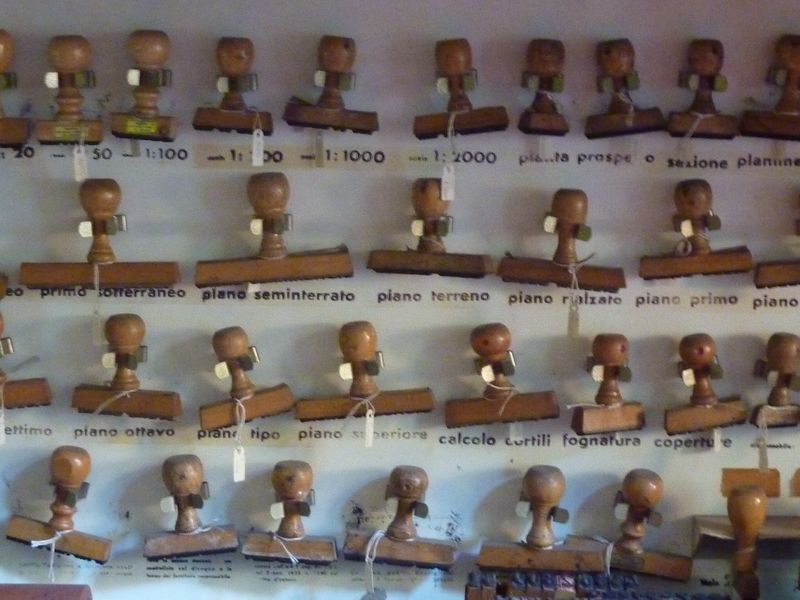 Giovanna spent about an hour walking us through the cluttered rooms and explaining the genesis of a variety of products: a collapsible tin cup, the Mezzandro portable stool borne out of a desire to sit while talking on the hall telephone, an ashtray inspired by a Slinky. 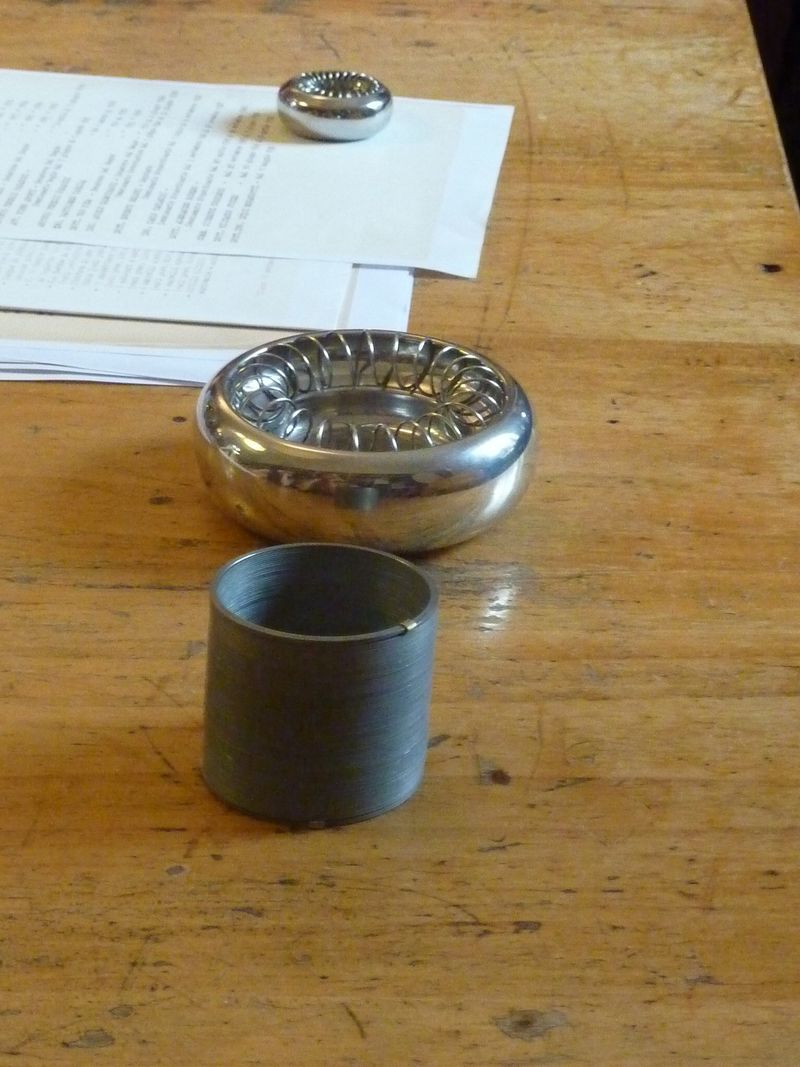 A 1968 light switch designed for electrical component company VLM that is still in use today: 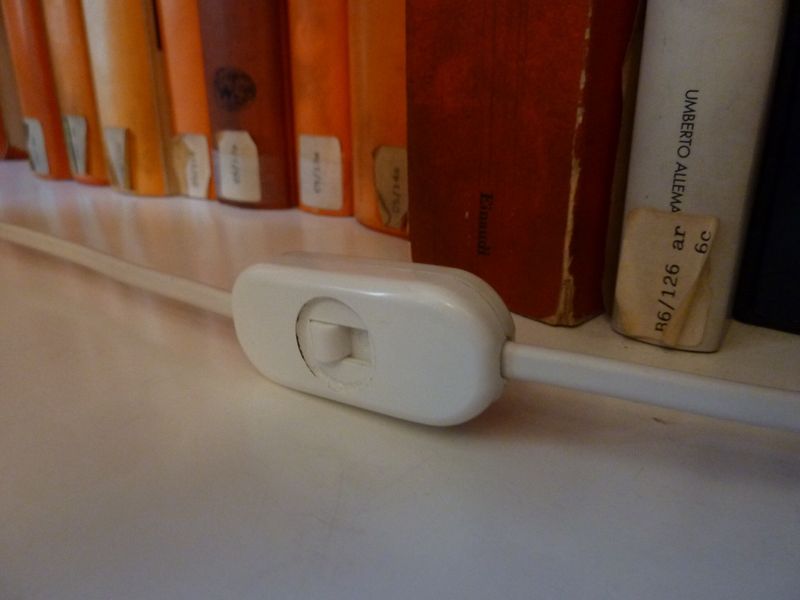 His famous Arco floor lamp with the long, curved arm extending the light out from a heavy marble base (Giovanna's holding up his original sketches), now prominently featured in the Flos store window near our hotel: 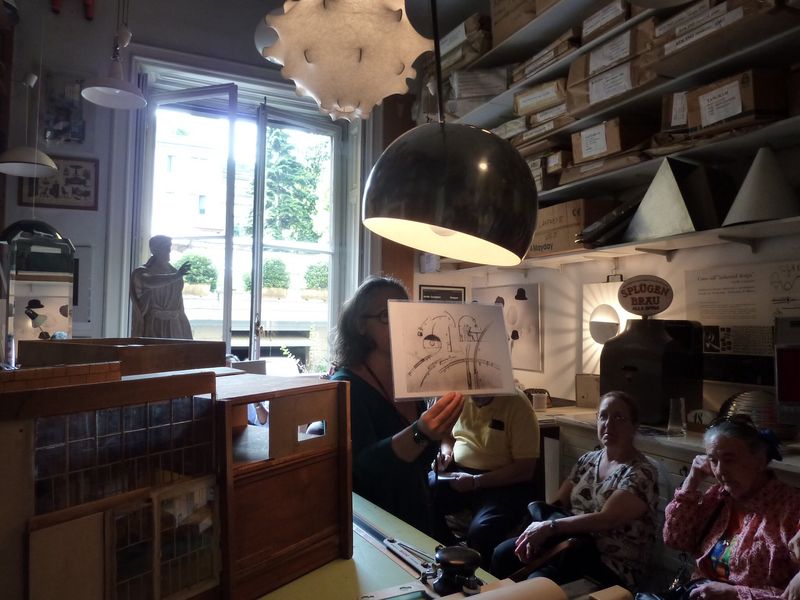 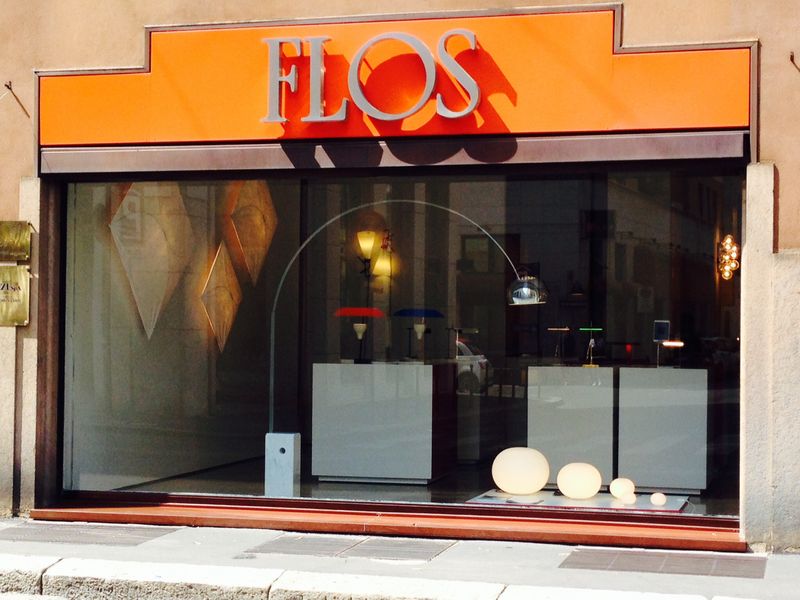 And this ingenious resin spoon for jars, perfectly designed to scoop out the last dollop of peanut butter, mayonaise, or jam. The red version is only available in the studio, and I bought two - one for me, and one for my Mom. 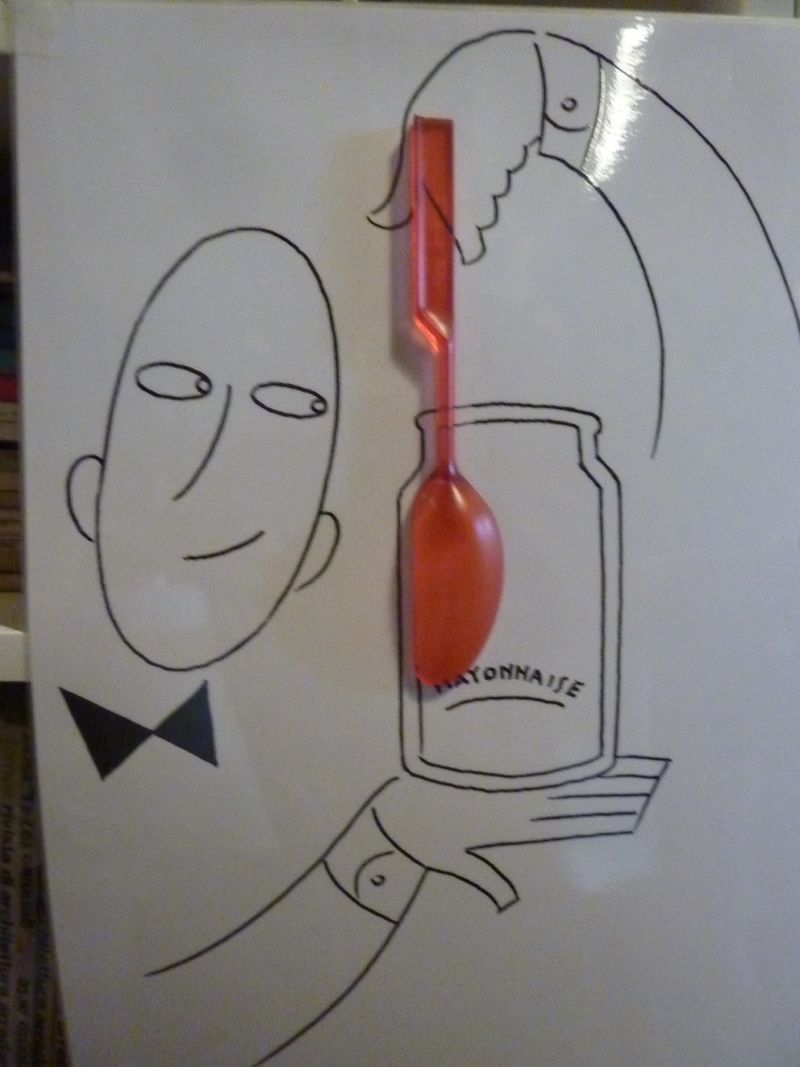 This was another fantastic visit. I just love seeing the work spaces of these creative people. So inspiring. 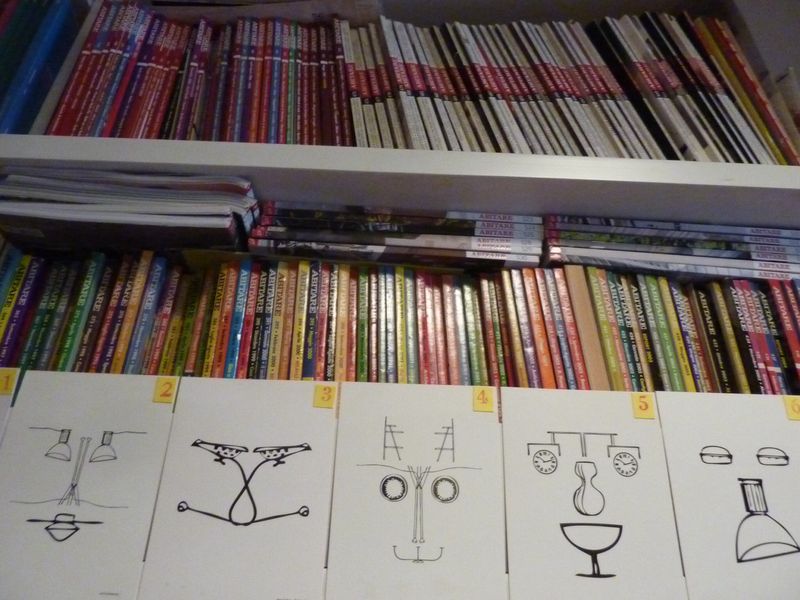