Porta Nuova ("New Gate") refers to one of the major wall gates in Milan, as well as the surrounding district. The actual gate, a triumphal arch made of sandstone, was built between 1810 and 1813.

The district has gone through a resurgence after a period of urban decay, and is now home to an eclectic mix of historic buildings and modern highrises, as well as contemporary retail shops and restaurants.

It is anchored by the enormous UniCredit Tower, a 758 foot skyscraper and the tallest building in Italy.

Behind UniCredit is the Vertical Forest, or Bosco Verticale, a pair of residential towers that house over 900 trees on 96,000 square feet of terraces, in an effort to make city living greener. 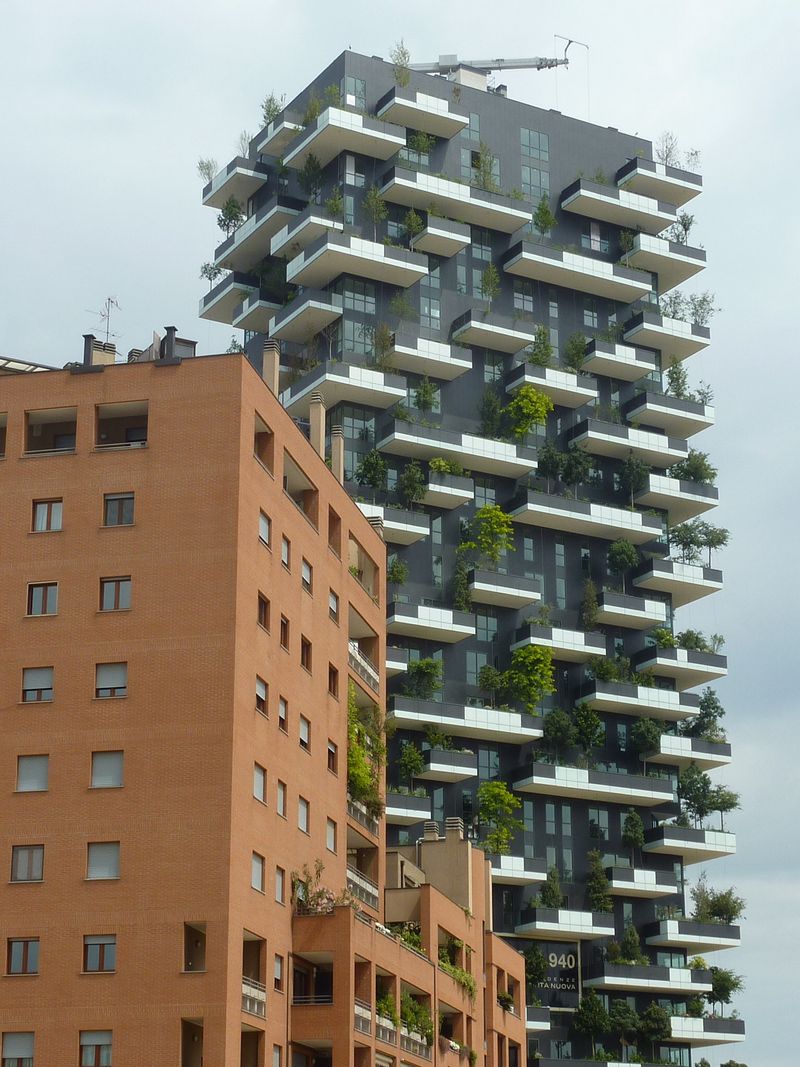 Traveling down the pedestrian way Corso Como, past an array of shops and restaurants, you arrive at Porta Garibaldi, a Neoclassical arch that was built to commemorate the visit of Francis I of Austria in 1825, and later renamed for the ruling Garibaldi Family in 1860. In another mix of old and new (so common in Milan), you can see the shiny UniCredit Tower in the background: 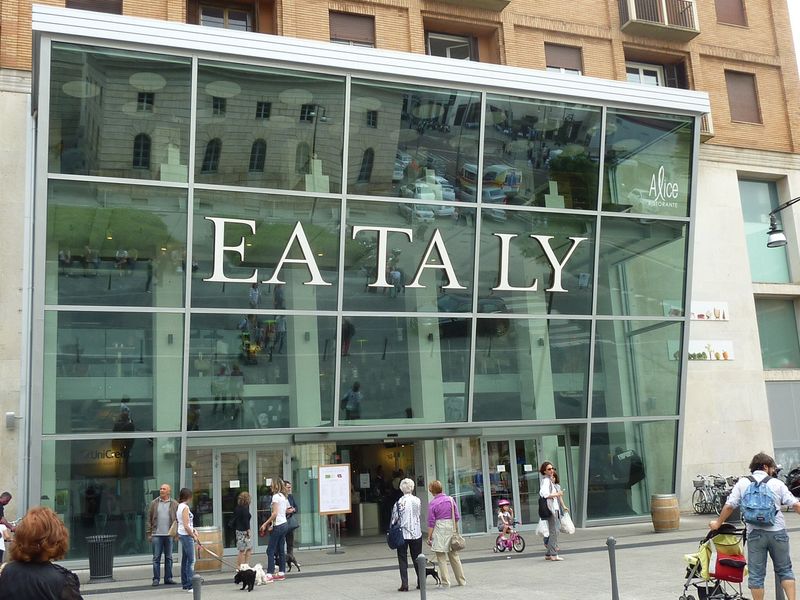 Eataly Milan is located in the former Smeraldo Theater, which was built in 1942 and hosted artists from Ray Charles to Bob Dylan. To honor its history, Farinetti had a stage built on the second level overlooking the entrance where musicians perform. His goal was to "re-create the 18th-century popular theater, where people would eat, walk and talk as artists were on the stage." You can see it in the lower left part of this picture, as well as the three floors of gourmet food, wines, and restaurants/cafes:

Between the architecture, shopping, and food in this area, I was in Heaven. It is also home to the fabulous retail/art/dining hybrid, 10 Corso Como, which I'll cover in a separate post.