Tuesday afternoon (yes, that is only as far as I've gotten with these posts because we have done so much I can't keep up!) was the trip that most of us [women] had been waiting for: a tour of the Missoni factory and talk with Angela Missoni herself. We drove to Varese where all of their iconic knitwear is made in a pair of low buildings surrounded by towering white birch trees and other greenery. The main office appears to be in a rather unassuming building, until you get close enough to see the enormous vase sculpture out front, covered with their signature zigzag pattern. Funny story: Angela's parents, Ottavio and Rosita Missoni, started the business in 1953. In 1967, they were invited to show at the Piti Palace in Florence, and Rosita asked the models to remove their bras because she didn't like how they showed through the thin knits. When the lights hit the models, it created quite a sensation and the Missonis weren't invited back! Thankfully Diana Vreeland, then editor of American Vogue, was a big champion of the label and the business went on to great success. Angela took over the business in 1998. She was great - so warm and funny, and willing to take photographs with us and to share anecdotes about her family and business - from its modest beginnings to the 2011 Target collaboration that sold out in 24 hours and caused Target's website to crash. Despite their commercial success, Missoni has purposely stayed small (250 people at this factory). Matriarch Rosita still lives next door, and Angela's daughter Margherita is now an accessories designer at the firm.   Their workspace is colorful and elegant, as you would expect. This is a large family tapestry (needlepoint) that hangs in the entryway, commemorating all of their milestones (e.g., marriages, births) - Angela provided the backstory on each one. And check out the bathroom! 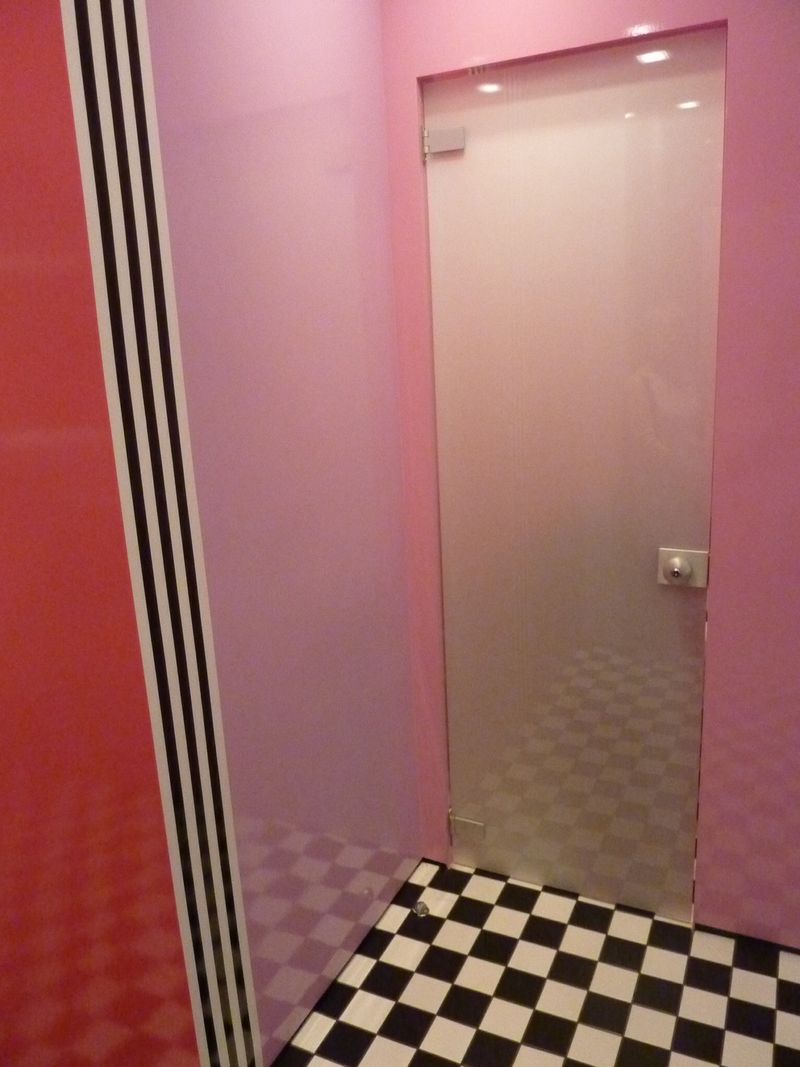 We walked through the factory next door and witnessed all steps of the production line, from pulling individual threads off of spools into a mechanical loom, to the resulting swatches of zigzag knitware, to huge bolts of the fabric in a variety of colors, and all of the men and women piecing items together by hand. 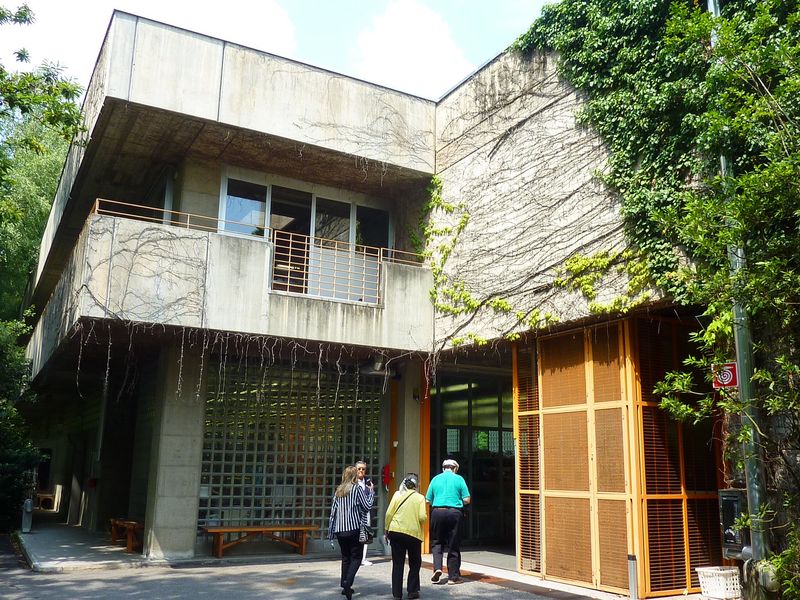 I took some amazing behind-the-scenes photos, but they asked us not to publish them because they are next season's designs and they fear copycats. Suffice it to say, theirs is an incredibly colorful and energetic work space, with heaps of fabric, jumbles of sketches and swatches, half-finished garments, whirring machinery, and smiling workers intently marking measurements on mannequins and hand stitching the final pieces. I will share the detailed photos with those of you I see in person; it was really a remarkable operation.