After our visit to Alessi we drove through the nearby Lakes region, past the beautiful Lake Como (currently famous for being George Clooney's second home, but rich in true history: it's one of Europe's deepest lakes at 1,345 feet; the town of Bellagio on its shores has been an English enclave for 200 years; Pliny the Elder (born AD 23, Roman author, naval and army commander of the early Roman Empire) and Pliny the Younger (lawyer, author, and magistrate of Ancient Rome whose letters are one of our main sources of info on Roman life) both lived here; Alessandro Vota (self taught physicist who invented the battery and for whom "volts" are named) was born here in 1745; and Benito Mussolini and his mistress were executeed here before being taken to Milan where his body was put on display. But my favorite bit of history is that many of the Romantic poets that I studied in College - Percy Bysshe Shelley, William Wordsworth, and fellow Bowdoin grad Henry Wadsworth Longfellow all wrote here. And I can see why: it's a beautiful landscape to draw from. We drove on to the smaller Lake Orta at had lunch at Ristorante Giardinetto on its shore. There, we sat outside on the terrace with the Italian Alps as a backdrop: 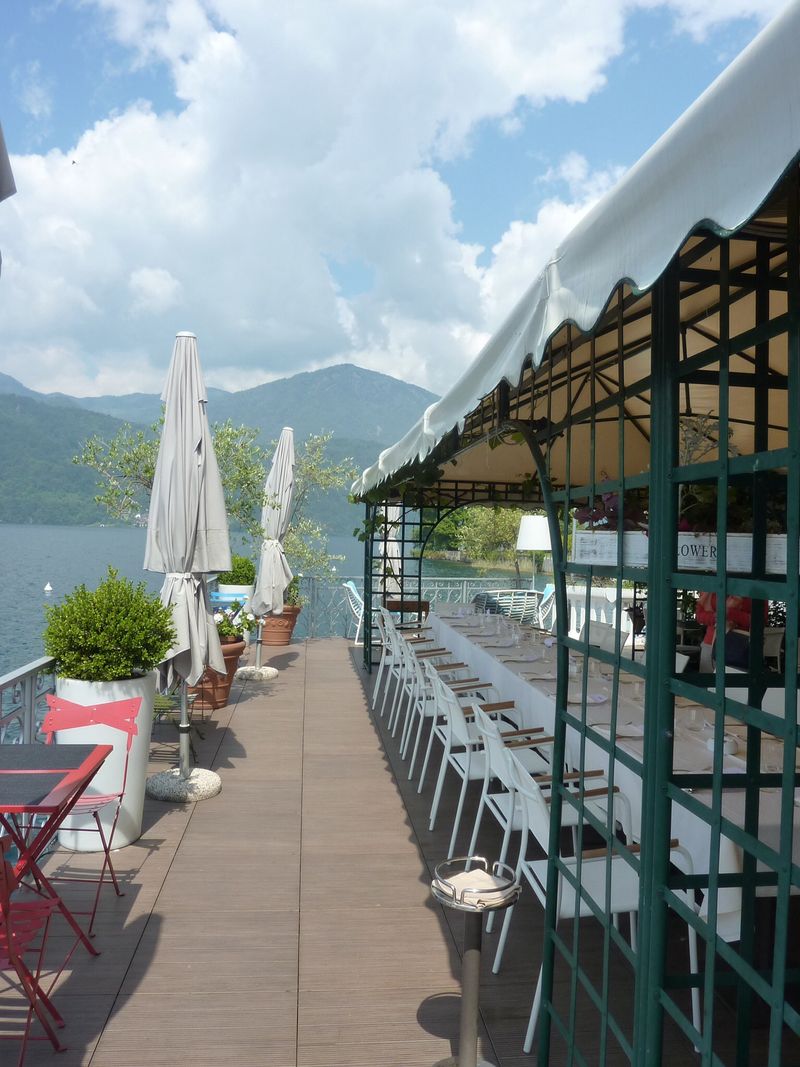 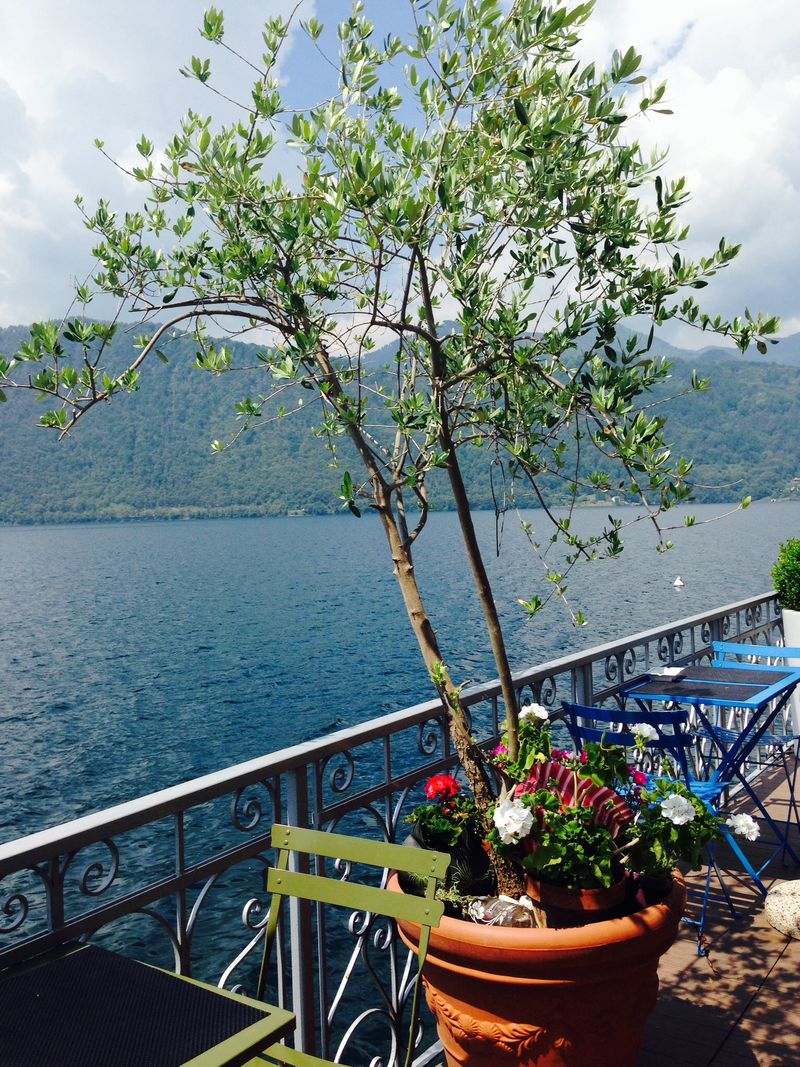 Dozens of swallows (rondinello) were busy making mud nests in the rafters above us: 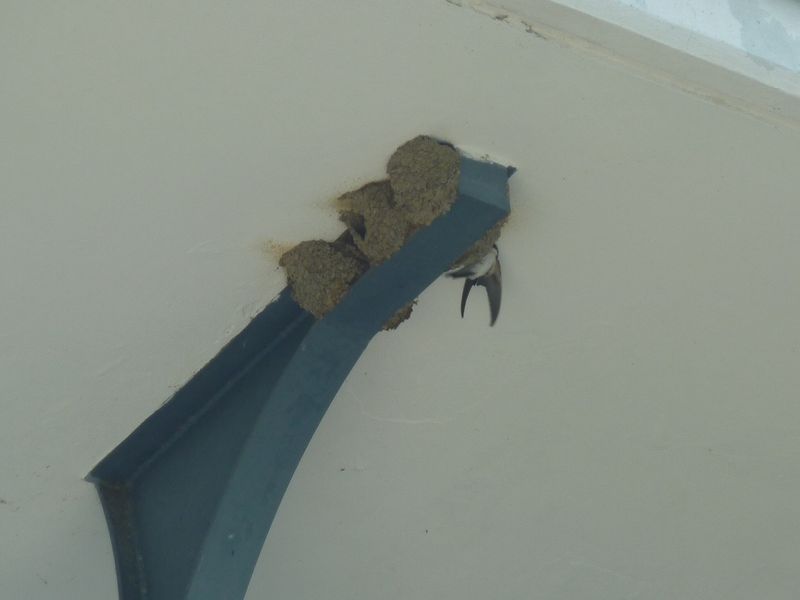 And I ate the most delicious lake fish made with butter and sage followed by Liquid Naples Pasteria (a sort of pudding with chunks of yellow cake and citrus bits, cinnamon ice cream, and pastry crumble). 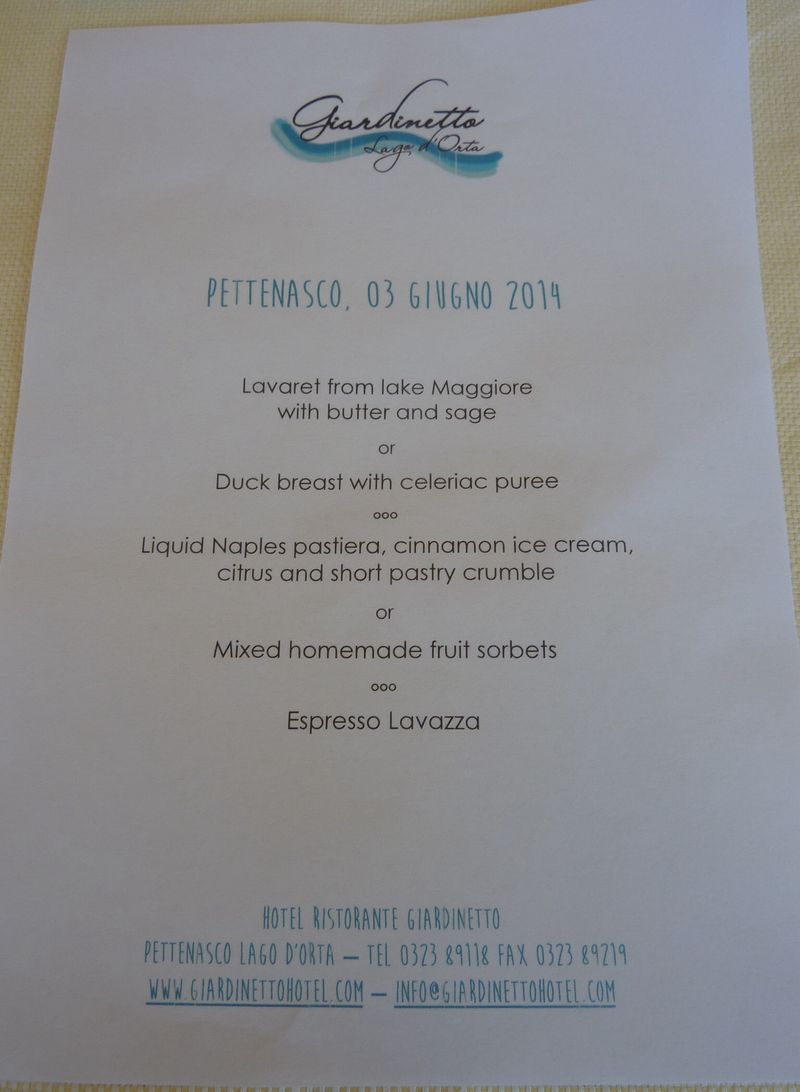 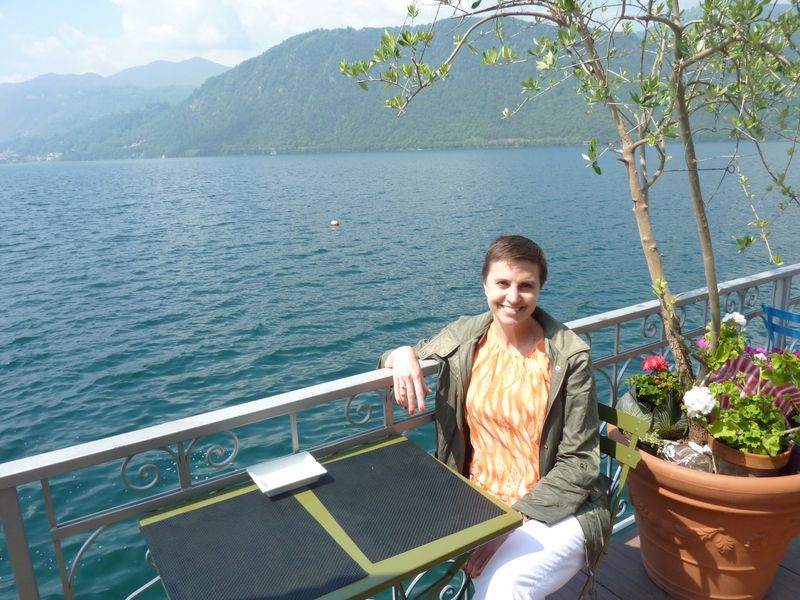