The 157 foot, glass-domed, octagonal Galleria Vittorio Emmanuelle II is an enormous, ornate shopping arcade linking Piazza della Scala and Piazza del Duomo, and is home to the likes of Prada, Valentino, Dolce & Gabbana, and Versace (separate locations from the those located in the nearby Quadrilatero d'Oro). It opened in 1867 and is one of the oldest, chicest shopping malls in the world. 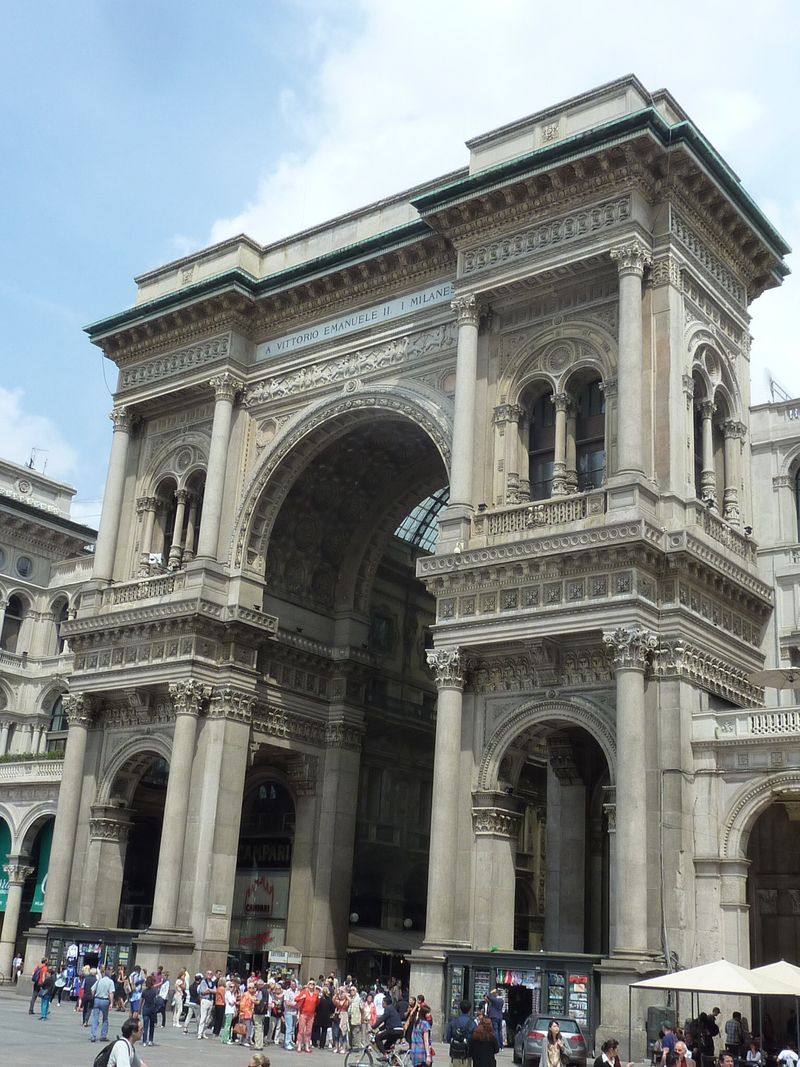 Known as il Salotto di Milano (Milan’s drawing room), the Galleria was designed and built by Italian architect and engineer Giuseppe Mengoni between 1865 and 1867. Tragically, he slipped and fell from the central dome the day before it opened.

The floor plan is in the shape of a Latin cross, with an octagonal centre adorned with mosaics representing four continents: Europe, America, Africa and Asia. There are also signs of the zodiac, one being Taurus the Bull – tourists spin on its genitals (!) which is said to bring good luck. 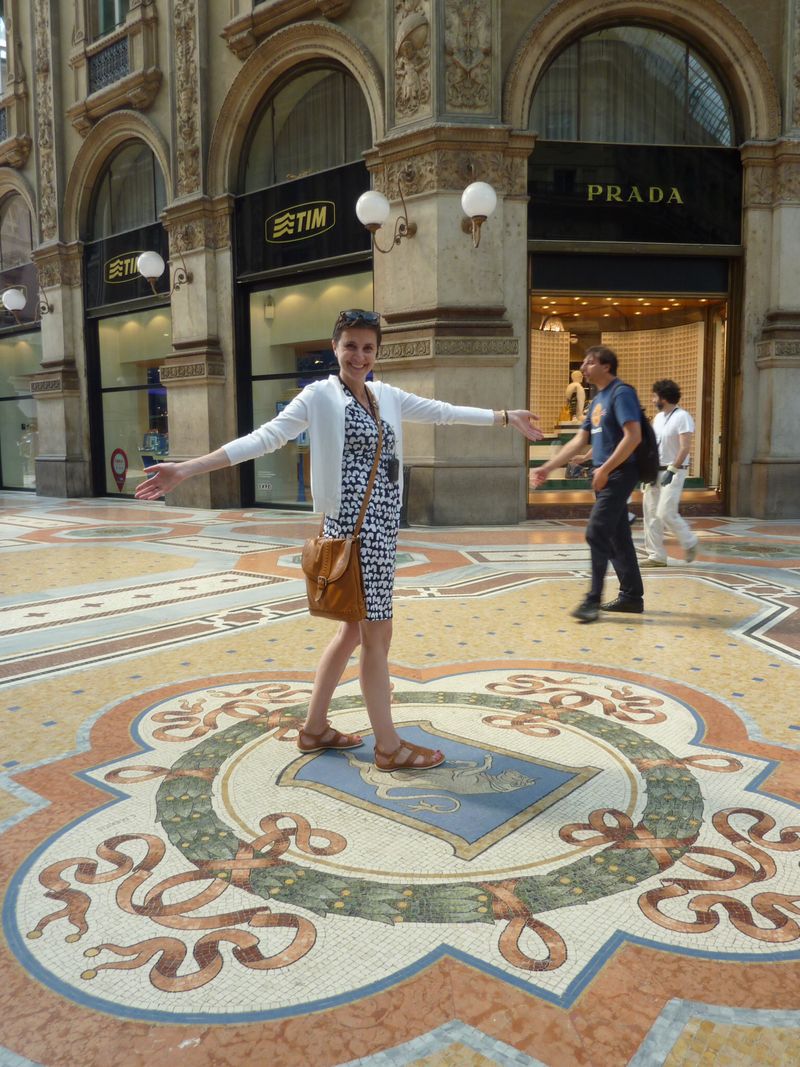 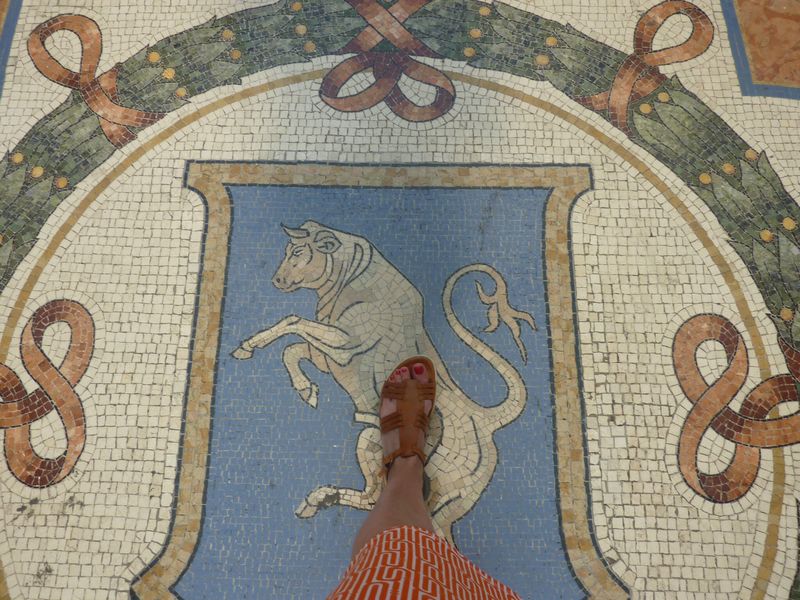