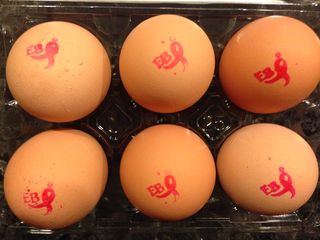 1) If you happen to see my French Bulldog Lulu, wish her a Happy Birthday. She turned 10 today. 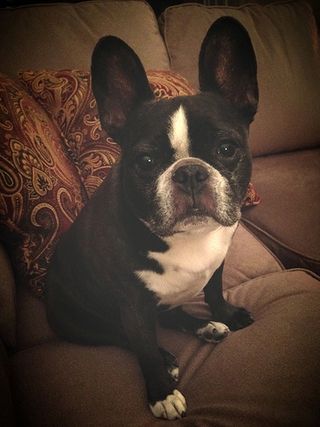 2) My friend Alethea Black, an immensely talented author and speaker (I love her her collection of short stories, I Knew You'd Be Lovely) has done it again with this incredibly inspirational story she told at the Moth GrandSLAM (a storyteller's collaborative):

3) The bewitching hour is upon us. Send your loved ones a cute Halloween e-card, courtesy of Helping Hands: Monkey Helpers for the Disabled. 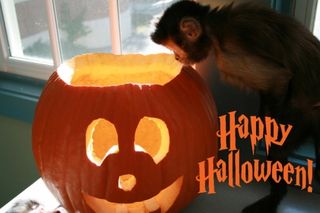 4) Graffiti artist Banksy again disses the Advertising industry (my industry!) while simultaneously showing he's a master at brand building.
5) If you have money to burn, check out IfOnly, a "marketplace for experiences" that just raised $12 Million to continue offering its members unique and memorable experiences with top sports/film/music/lifestyle luminaries (think dinner party for 12 with chef Michael Chiarello at his Napa Valley vineyard).  For every item or experience sold, a donation is made to the charity of each luminary’s choice.

6) I finally finished reading Wild by Cheryl Strayed, and I really enjoyed it. Now I'm itching for an adventure. And want to write a memoir.

The crush of correspondence/news/information I receive these days has made it increasingly difficult for me to make time for long-form blog posts. But I continue to discover and  share a variety of interesting things throughout the day, and I miss my blog and the conversations that it spurs. So, I'm switching to a micro-blogging approach here for awhile. Enjoy!

Here's what crossed my radar today: 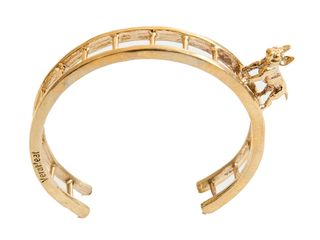 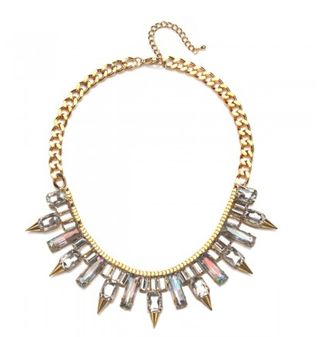 The Frenchie Ladder Cuff by Verameat and the sparkly Poppy Necklace by Piper Strand.

I would rather be ashes than dust!
I would rather that my spark should burn out
in a brilliant blaze than it should be stifled by dry-rot.
I would rather be a superb meteor, every atom
of me in magnificent glow, than a sleepy and permanent planet.
The function of man is to live, not to exist.
I shall not waste my days trying to prolong them.
I shall use my time.