A Cherry on Top

After a long wait (and some controversy), the new Whole Foods market in Charlestown has finally opened up and I couldn't be happier (and it's not because of their signature Charlestown sandwiches!).

Together with the Charlestown Farmers Market (which sets up shop on Main Street, Wednesdays through October) we now have two great options for fresh produce in town. 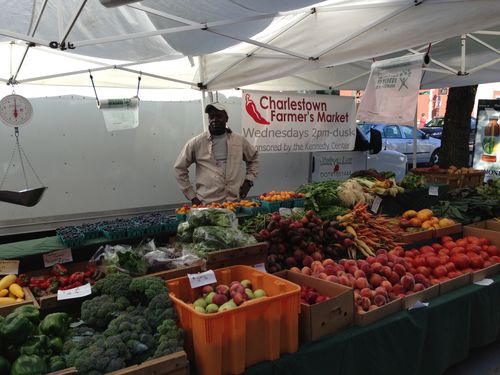 Have you ever heard of a lemon cucumber? I hadn't until I came across this one at the farmer's market: 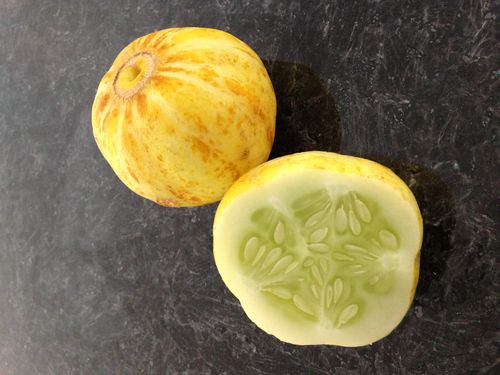 It's not actually a hybrid of the two fruits, but rather a cucumber that happens to look like a lemon. But it tasted similar to the more familiar green kind (maybe a bit milder) and I chopped it up into a summer salad. 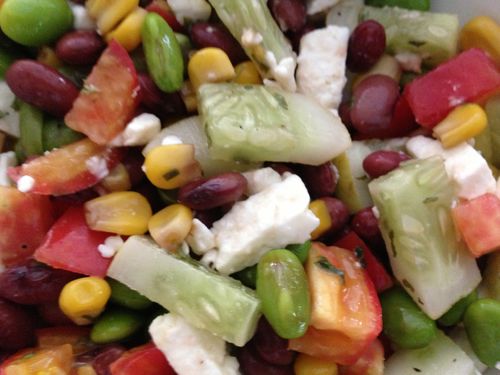 And while I think cherries peak in July, Whole Foods had some gorgeous ones in there on my last visit, which allowed me to make this delicious recipe for Cherry and Goat Cheese Crostini, courtesy of Women's Health magazine. The recipe below is copied from their site, but the photo is my own! 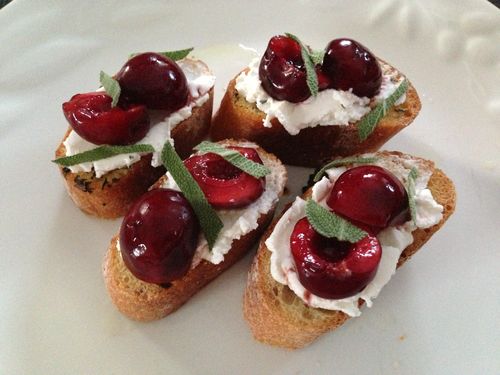