D-Day and the Ghost Army

Time to take a break from chronicling my personal battle to remember one of great historical importance. Today is the 68th anniversary of D-Day, the World War II invasion of Normandy, France, by the Allied forces.

I had the opportunity to tour the beaches of Normandy back in on the 59th anniversary, June 6, 2003. It's a remarkable and moving experience, even if you're not a history or WWII buff. And whenever I think of that trip - as I did today when I heard reference to the anniversary on WBUR - I think of our chance encounter with a group of British vets who were part of the 6th Airborne Division. These guys were the paratroopers who glided in to secure area bridges in order to limit German counter-attacks during the invasion.

We were driving home to our place in Honfleur, when we randomly came across Pegasus Bridge, where 181 men from the 6th Airborne Division/7th Parachute Battalion glided in on the night of June 5, 1944. We stopped to check it out and were enchanted to find a group of those very men celebrating the anniversary over beers. They were so delightful - and so eager to share their experiences - that we ended up visiting with them for hours, even following them back to their inn to share dinner and a homemade bottle of Calvados. They were full of life and remarkable stories, like how they reunited at the bridge every year since the War, and in the early years they would get drunk and dig up old grenades that they had buried upon landing. When the War ended in Europe, some of them went on to fight the Japanese in Burma. These were incredibly tough guys. And the bridge was actually named in their honor - it was originally called Caen Canal bridge but later renamed after the Pegasus emblem that adorned their uniforms.

Here I am with Wolfie (top) and Jim (bottom). I'm sad to say that after exchanging Christmas cards for a couple of years, we lost touch. 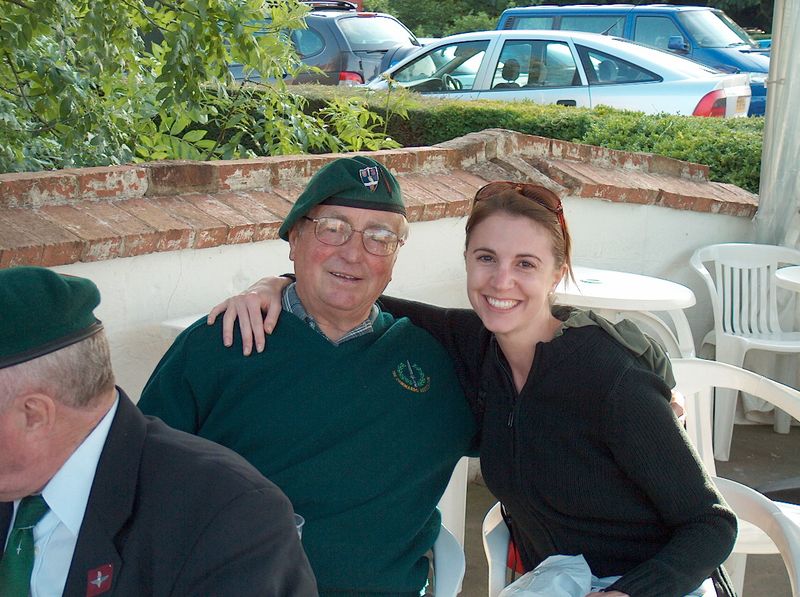 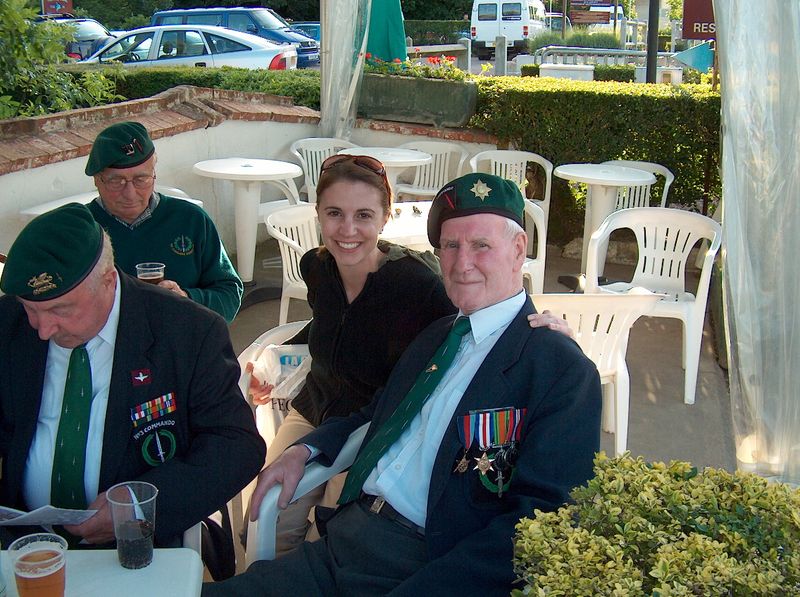 But turning back to WBUR - today they interviewed Lexington filmmaker Rick Beyer, who is working on a documentary about the Ghost Army of World War II, a top secret group of men who used "trickery and artistry" to fool the enemy. It's absolutely fascinating - many of them were artists who would later become famous (e.g., fashion designer Bill Blass, photographer Art Kane <- this is an awesome site, btw), and they used inflatable tanks and sound effects, among other tactics, to fool the enemy in Normandy. It was a group of 1000 men who would set up camp on the front lines, making it appear as if they were a group of tens of thousands. The interview is worth a listen, or you can get the full backstory on the documentary at GhostArmy.org where Beyer is soliciting donations to help fund its completion (Rick: if you read this, you should consider setting up a Kickstarter campaign!). And if you want to see more, the Ghost Army exhibition is on display through the month of June at the Beverly Historical Society.