Hooray! Yesterday marked the halfway point in my chemo treatment, and my last encounter with the Red Devil (Adriamycin, the potent red drug that causes the worst of the side effects) and it's partner-in-crime, Cytoxin. But they seem to have done their job because my tumor feels smaller and softer (fingers crossed). The next four rounds consist of a single drug, Taxol, which is apparently easier to tolerate (less nausea) but is coupled with Benadryl so there is some fatigue.

After a stressful start yesterday (a mix up in appointment times had us scrambling to get over there before my oncologist boarded a plane, and then we had some difficulty locating a good vein for the infusion), I ended up pretty well. So far the worst of it has been crazy dark circles under my eyes, which can happen when the infusion floods your veins and causes tiny capillaries to burst, leaking blood under the skin. Just like a bruise, actually, and apparently it can happen all over your body but you only see it under the eyes, where the skin is thinnest.

And speaking of eyes, I had a great week last week - no real side effects beyond fatigue and a runny nose - and I still have my eyelashes and eyebrows (although they said the Taxol my take off the rest of 'em!). So to celebrate, my friend Maria and I did a girlie outing to Saks and had our makeup done at the Trish McEvoy counter (something I'd never done before). 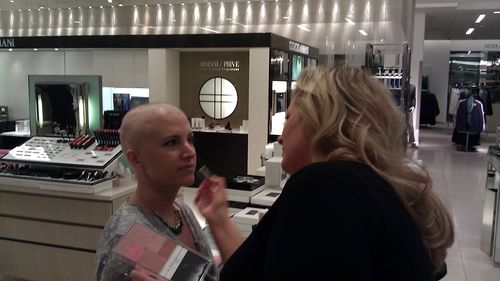 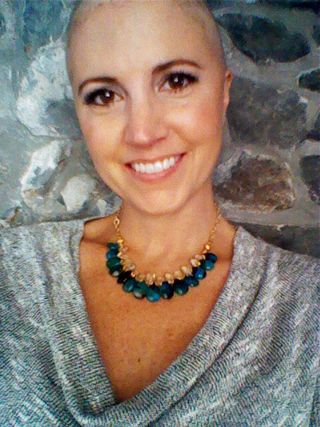 And a very happy shopper! Until I ran out of steam two hours later :) 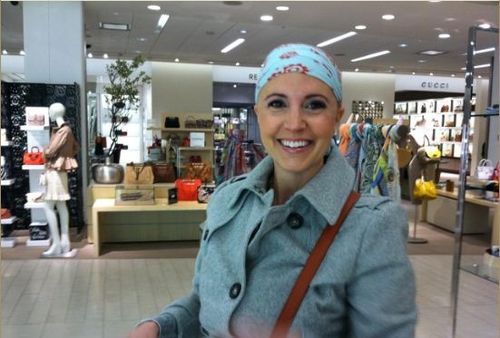 Also, I've been keeping a photo diary of my journey thus far - everything from the beautiful to the bizarre - right here.

Keep it up! You're doing GREAT!