Yesterday was supposed to be round 3 of chemo, but I had a temporary setback.

I had been pretty sick all week, not with the typical nausea as expected, but with an assortment of other issues that made it difficult to function. Among them: headaches, mouth sores, bloody/runny nose,  and burning, watery eyes. The latter is because the chemo has dried out my eyes so much that my body overproduced tears in an effort to moisten them. Weird.

But the worst of it was when I had my lab work done yesterday, it was determined that my white blood count was too low to have the scheduled chemotherapy. So I'm  now on antibiotics, and have to go back in next Friday, when hopefully my counts are back to normal.

But there were some bright spots this week - namely all the wonderful care packages I received from some great friends - full of yummy snacks, fun trinkets, beauty products, and reading materials. Thank you, everyone! 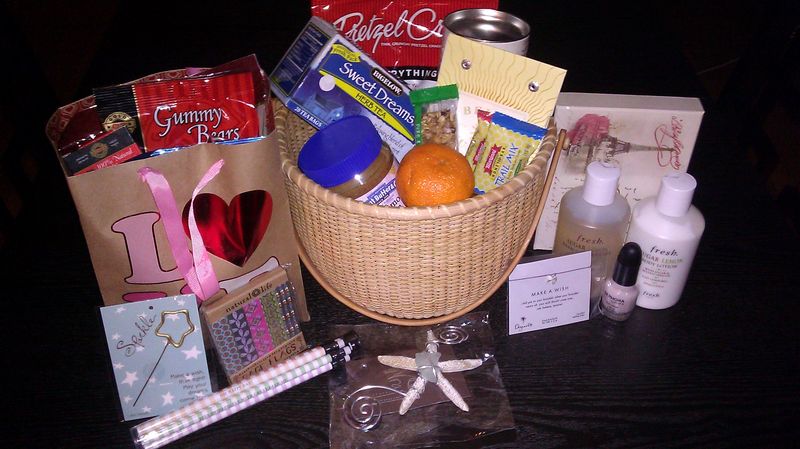 And in other news (not cancer-related, but certainly health-related, and more in line with the typical pre-cancer CultureJunkie posts):

My office overlooks a dry dock in Marine Industrial Park (check out this cool New York Times article from 1905 about its launch) where ships are docked for months on end while they get repairs/paint jobs/overhauls.

This past week we saw its newest resident pull in: the US Naval Ship Comfort, a non-commissioned ship owned by the U.S. Navy and crewed by civilians from the Military Sealift Command (MSC).

It was originally built in California in 1976 as an oil tanker, and then deployed to the Navy in 1987 to serve as a 1,000-bed hospital ship, providing emergency, on-site care for U.S. combatant forces deployed in war or other operations. She has served in the Gulf War, responded to the terrorist attacks at the World Trade Center, supported Operation Iraqi Freedom, and assisted in the recovery efforts after Hurricane Katrina and the Haitian earthquake. The ship and her crew do not carry any offensive weapons per the Geneva Conventions, and firing upon her would be considered a war crime as she only carries weapons for self-defense. 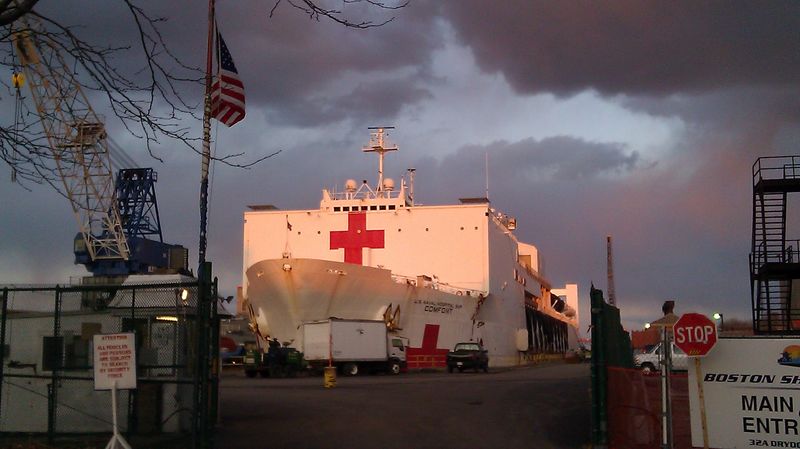 Looks like some amazing goodies! Sorry to read you had some setbacks but I'm glad to read the US Naval Ship "Comfort" is there :)