The Sentinel Building in North Beach is a magnificent copper structure, and home to the American Zoetrope, a studio founded by Francis Ford Coppola and George Lucas.

Many famous movies were written, edited, and sound checked here, including Godfather I and II, Apocalypse Now, The Black Stallion, Rumblefish, and American Graffiti.

Coppola also operates an Italian cafe on the first floor where he serves wine from his Rubicon Estate vineyards (which we visited later in the week...stay tuned) and showcases old film artifacts (like the old-time zoetropes from which the cafe takes it's name). 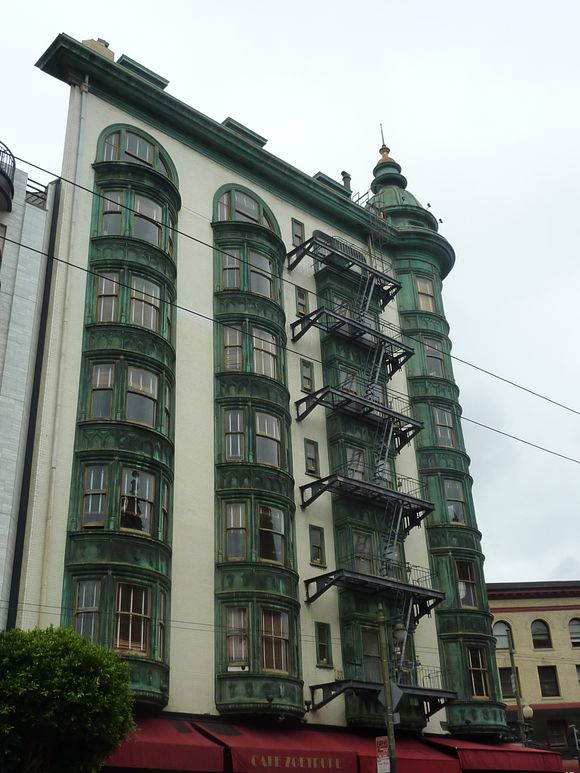 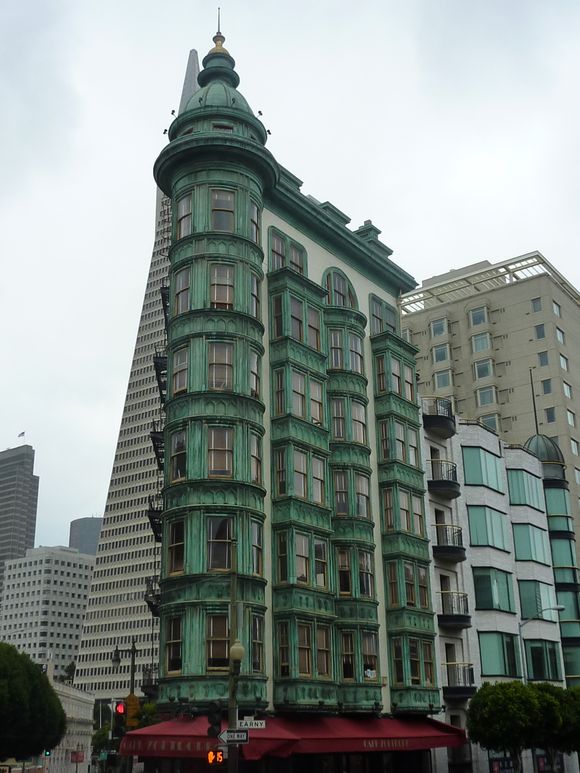 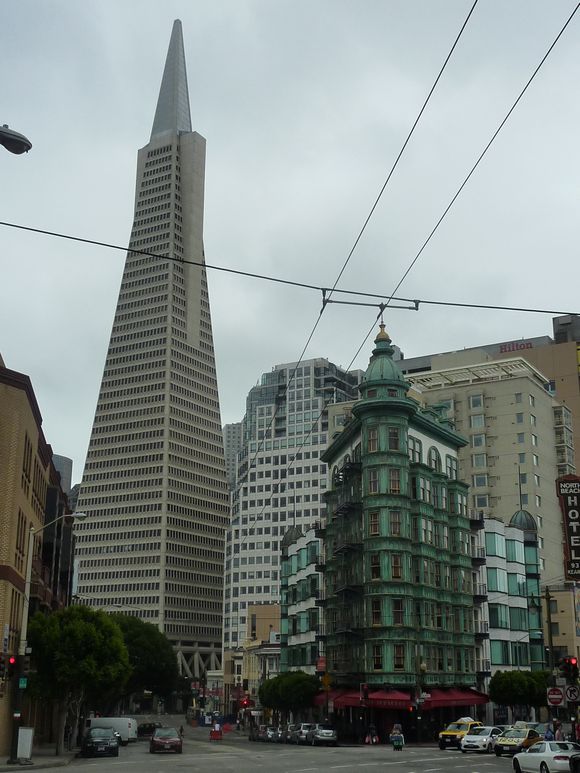 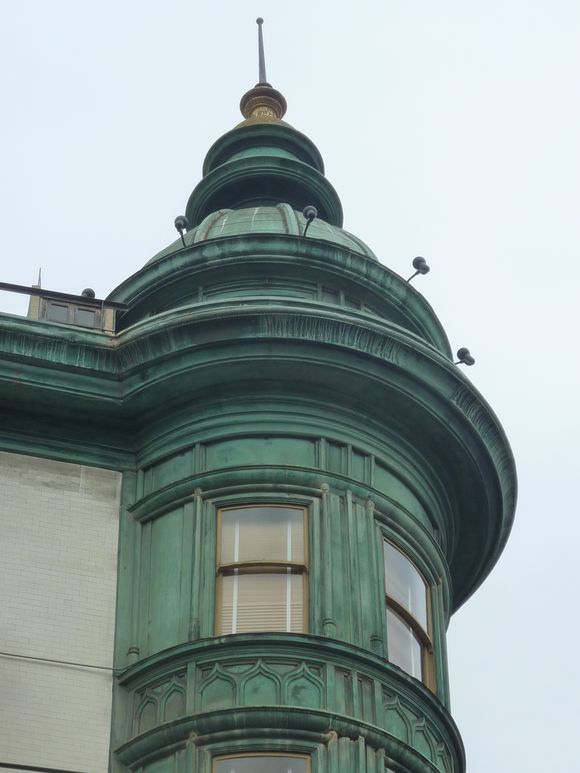 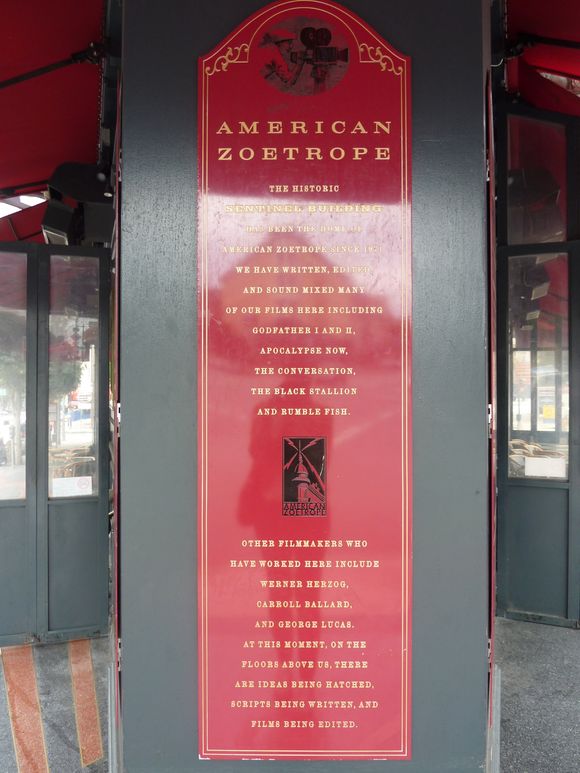