Grace Cathedral (see first photo, below) borders Little Italy and the Red Light District. It's an Episcopal cathedral known for its open-mindedness, and has one of only 7 remaining men & boys cathedral choirs. It is also known for its stained glass windows, mosaics by Polish painter Jan Henryk de Rosen, and an altarpiece designed by Keith Haring for the AIDS Interfaith Chapel here.

Further down the road, on the edge of Washington Square Park (host to an art show the day we visited) is Saints Peter and Paul Church. This one is Roman Catholic and serves as the home church and community center for the city's Italian American population. It was prominently featured in Clint Eastwood's Dirty Harry, and is also the site of Joe DiMaggio's wedding (to his first wife, not Marilyn Monroe - although she posed for photos with him on the front steps) and his funeral. This church is pictured in the last 3 photos below, including the final one in which I was walking up the steep road to Coit Tower, which I'll feature next. 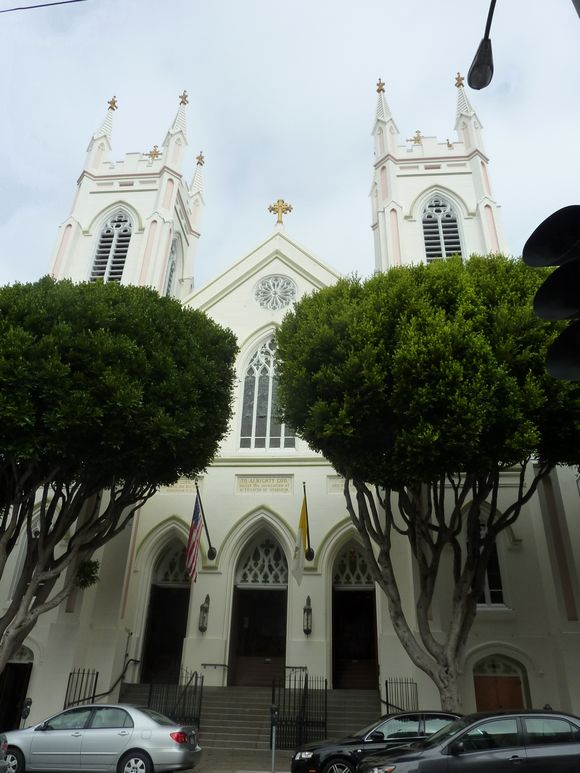 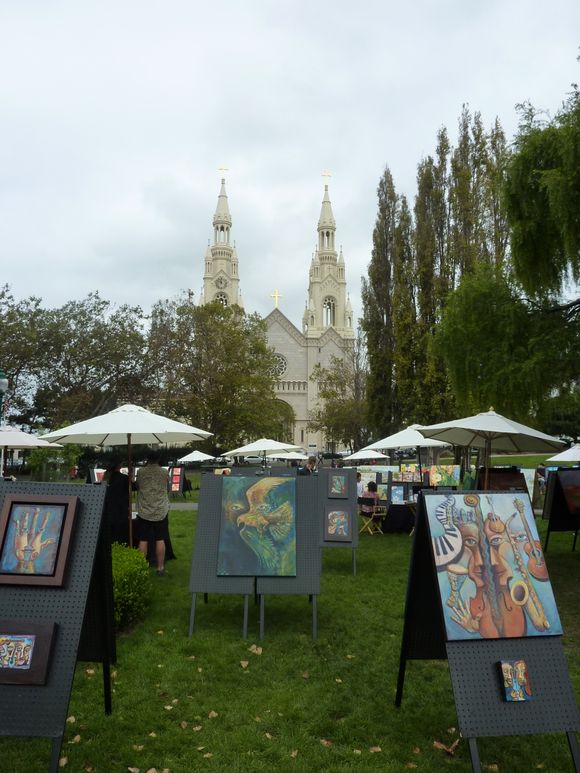 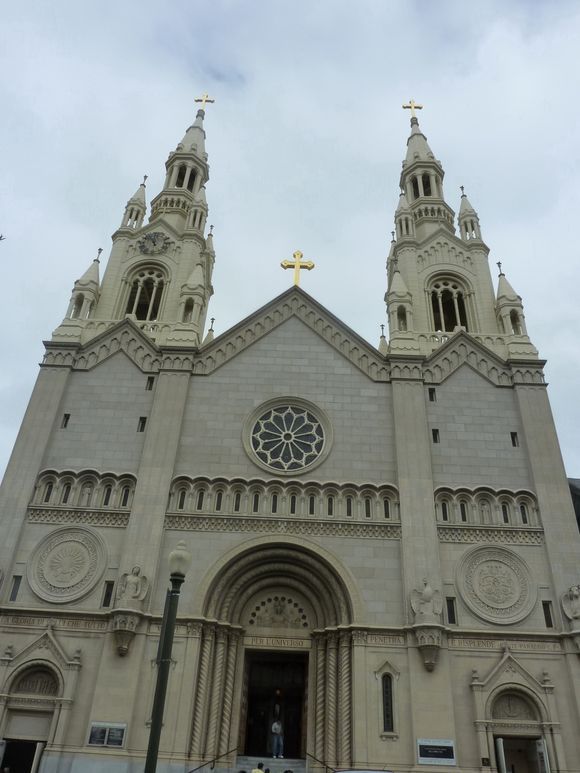 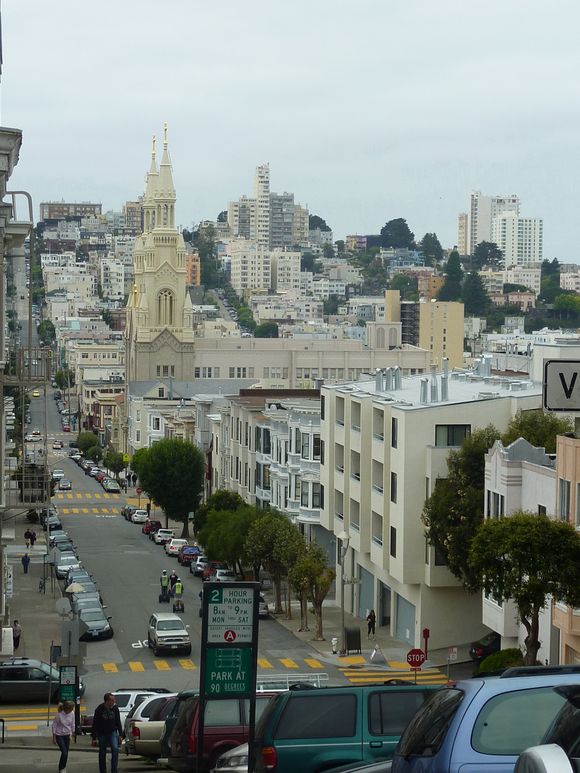