Next I climbed the dozens of steps up Filbert Street, one of the steepest navigable roads in the Western hemisphere, with a nearly 35% grade. The sidewalks are stepped and cars must park perpendicular to them because it is so steep. It's also an incredible up-hill workout!

My destination was Coit Tower, a 210-foot structure atop Telegraph Hill that was built in 1933 at the request of a local socialite who wanted to beautify the city. Her name was Lillie Hitchcock Coit, an eccentric woman who smoked cigars and wore trousers (unheard of for women back then!) and on occasion dressed like a man so she could get into the gambling parlors.

The long climb up was rewarded with amazing 360-degree views of the city, including Alcatraz, the Golden Gate Bridge, and the Oakland Bay Bridge. Inside, the tower walls are swathed in giant murals painted by 27 different artists under the auspices of the New Deal Public Works for Art Project. 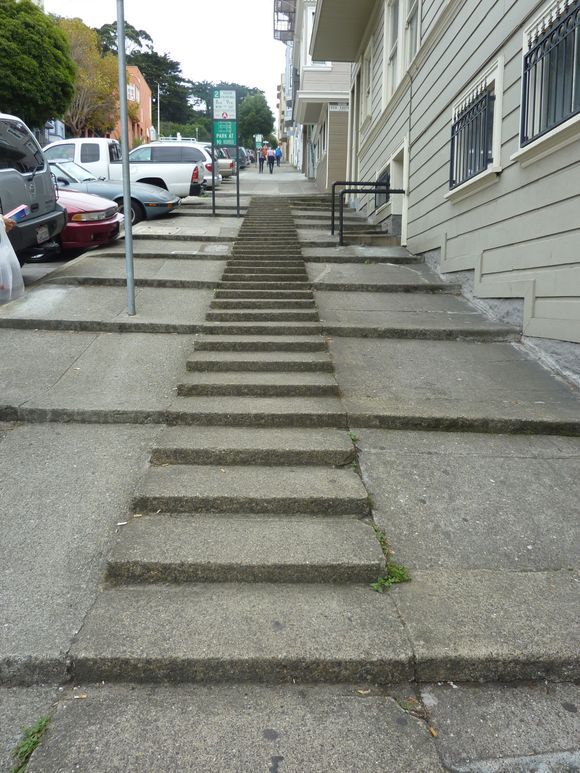 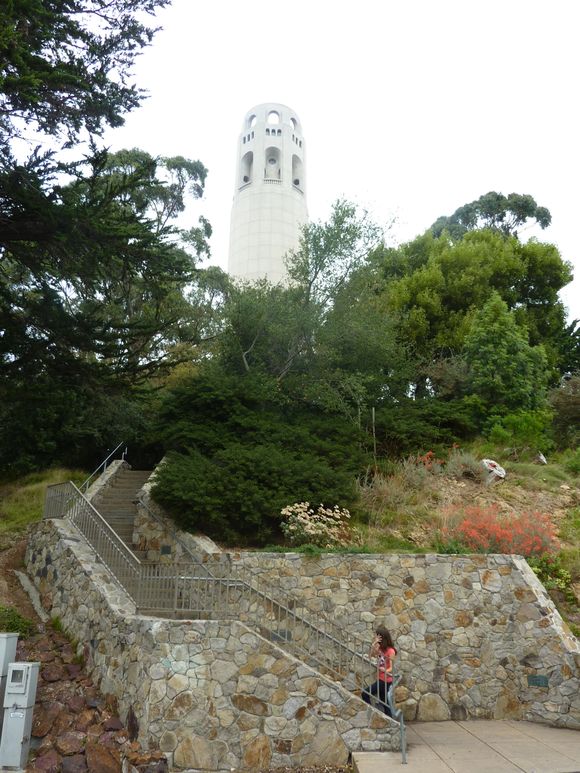 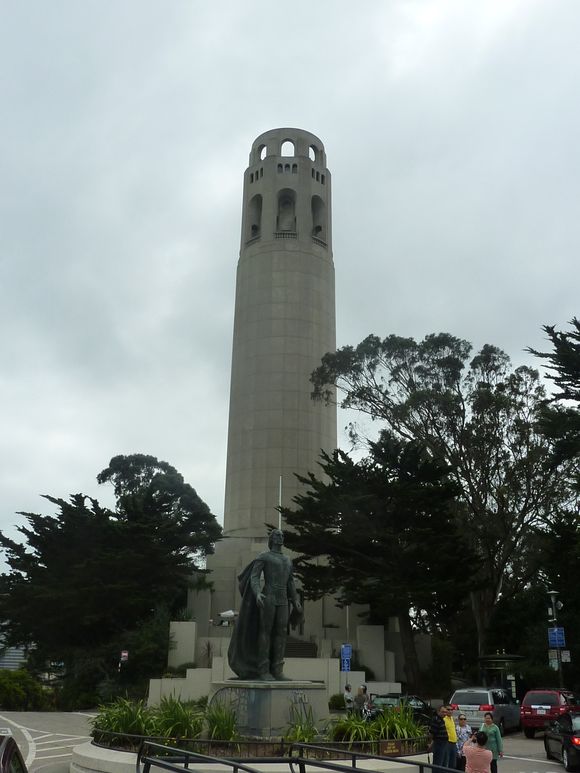 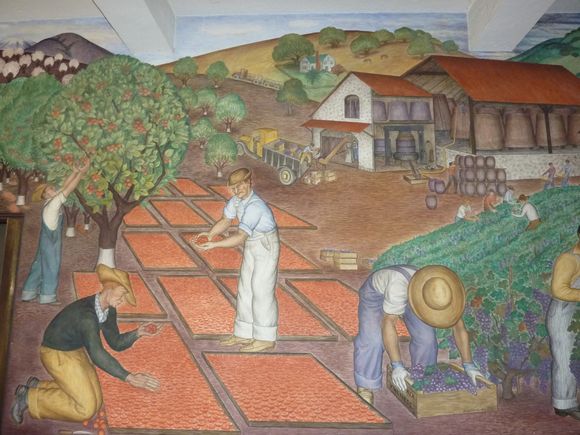 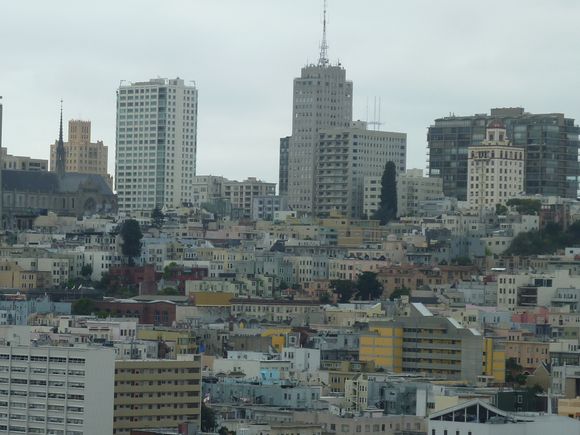