Summer Doesn't Have to End 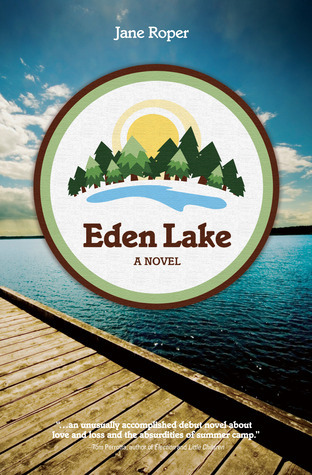 Yes, tomorrow is September 1st, and Labor Day is right around the corner. But Summer doesn't have to end just yet!

Prolong it a bit with my friend Jane Roper's debut novel, Eden Lake.

I just finished reading this story about an idyllic Summer camp in Maine, and Jane's writing - which I know from her blogging to be engaging and humorous - is so descriptive that you feel like you're there amognst the pines (or maybe I'm just nostalgic for my college years).

But don't let the Summer camp theme fool you. Yes, there's arts & crafts, campfires, and stargazing. There are kids dealing with being away from home and fitting in. But the central themes and issues in the story are decidedly mature, as the main plot focuses on the grown-up children of the original camp founders who struggle with adulthood.

So in an interesting twist, it's the adults in the book who go through a metamorphosis at Summer camp, more so then the children.

Check it out (in all its 5-star glory!) on Amazon. 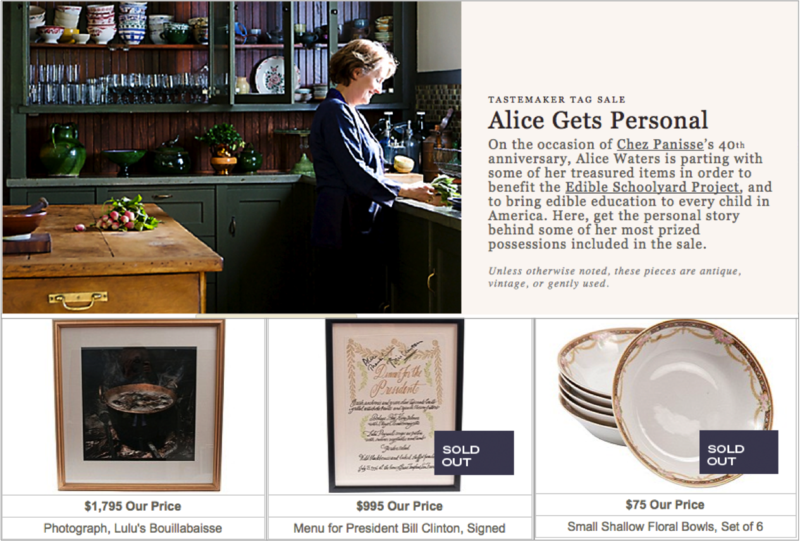 I love the Tastemaker Tag Sales available on One Kings Lane.  The flash sale site partners with some of the most prominent designers and taste makers in the world, who curate a selection of exquisite goods for sale on the site. There is currently a sale featuring items from chef and slow-food pioneer Alice Waters' personal collection - a variety of serving pieces, cookbooks, and art gathered during her 40 years at the helm of Chez Panisse, her bistro in Berkeley, CA. Proceeds go toward her Edible Schoolyard Project, a model public education program to teach kids about sustainable, healthy eating. Hurry! This particular sale ends tomorrow, August 30th. 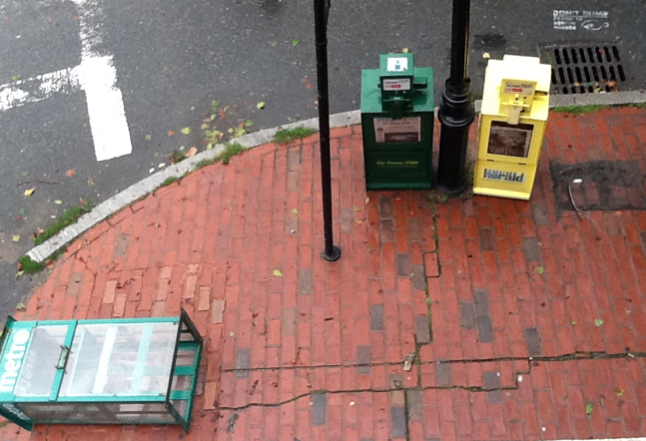 Despite all of the sensational headlines, Hurricane Irene made a reasonably calm passage through Boston today, leaving a few downed tree branches and one uprooted Metro box. Still, it was the perfect weather for staying couch-bound with the weighty September issue of Vogue, four DVR'd episodes of Design Star (glad Cathy finally got the boot!), and a few chapters of Sea Escape.

While browsing through the latest issue of Lonny magazine I came across this amazing video from Resource Furniture. They are the exclusive distributors of a space-saving line of furniture designed in Italy by Clei, srl.

My parents always talk about the Murphy bed they had in the small apartment they lived in when they first got married, but this is not your parent's Murphy bed! These are stylish, modern beds, desks, tables and cabinets that maximize the tiniest of apartment spaces.

Last May I was invited to participate in a new initiative by the Massachusetts Innovation and Technology Exchange called MITX-Up. Billed as a "marketing hackathon," it was designed to introduce local marketing professionals to the city's thriving start-up scene in a mentor capacity. Most of these companies are affiliated with incubators that provide extensive counsel on product development and raising capital, but less on the marketing and communications front. This is where MITX-Up comes in...to give entrepreneurs practical marketing advice to help grow their businesses. 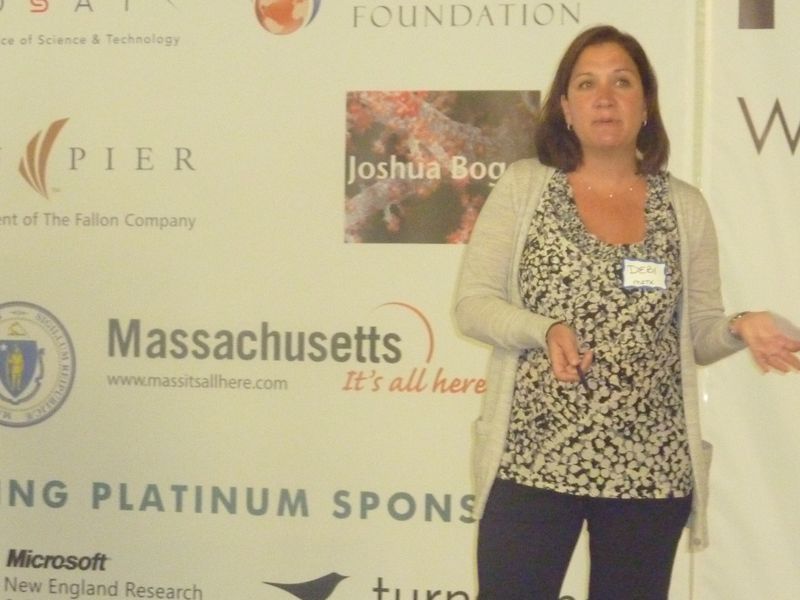 Debi Kleiman, President of MITX, kicks off the MITX-Up event, above.

The inaugural event was held at TechStars Boston, a mentorship-driven seed stage investment program. Twelve marketing professionals mentored three start-ups over the course of about four hours (with pizza and beer thrown in to get the creative juices flowing) and it was a great success. So much so that MITX decided to hold a second, larger event this week at MassChallenge, a $1M global start-up competition and accelerator founded by a fellow Bowdoin alum. 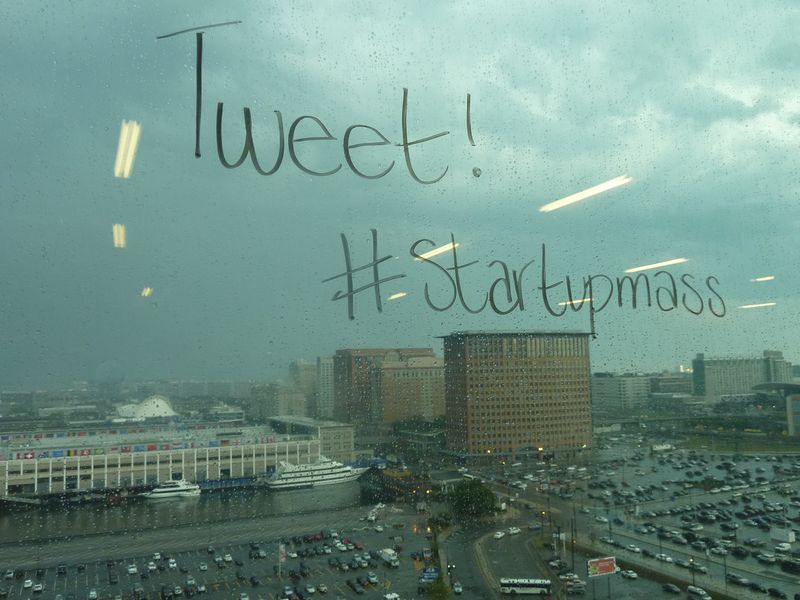 It is amazing to see the array of ideas born right in our own backyard, and feel the collective energy of these entrepreneurs bringing them to market. They get a few hours to learn about marketing and develop actionable ideas for their businesses, and the marketers get a chance to work with companies and brands they might not normally meet in their day jobs. It's a great networking opportunity and a fun way to get plugged into the local start-up scene (not to mention a chance to see some really cool work spaces - these incubator offices rival any ad agency in terms of creative & quirky spaces!).

If you're a marketer or a start-up who would like the chance to participate in the next MITX-Up event, contact MITX President, Debi Kleiman. Help support New England's innovation economy!

I first saw artisan Dale Chihuly's work about 13 years ago, when he unveiled the Fiori di Como, a hand-blown glass structure that graces the ceiling of the Bellagio Hotel in Las Vegas (the hotel was modeled after one on Lake Como, Italy, and "fiori" means flowers). 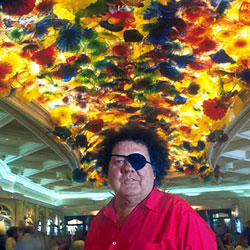 Not only is the sculpture a thing of beauty, but it is also an engineering feat: it took 10,000 pounds of steel for the armature and 40,000 pounds of hand-blown glass - over 2,000 pieces covering 2,100 square feet, positioned fifteen to twenty-five feet overhead.

Chihuly has become known as a master glass artist thanks to installations like this - his works are fantastical explosions of color on a grand scale, and they adorn buildings and museums all around the globe.

But here's what is so fascinating about his collection: it's a collaborative effort. In 1976, Chihuly was involved in a head-on car accident that left his face severely cut by glass (the irony!) and blind in his left eye. He continued to blow glass until 1979 when he dislocated his shoulder in a bodysurfing accident. This made it impossible for him to hold the glass blowing pipe, and he has hired workers to bring his visions to life ever since. It is this large team model that allows him to produce architectural glass works of this scale and quantity. And it seems to be working for him: The Seattle Times reported that his estimated sales in 2004 were about $29 million.

If you're in the Boston area, you have one more week to see Chihuly's work up close: his exhibit Through the Looking Glass is at the MFA through next Monday. I was able to visit yesterday and took the below photographs to share with you here (note: the Museum usually bans cameras, but the artist insisted that they allow it!). While the pictures came out well, the work is really something to behold in person. It's a relatively small exhibit, but includes a variety of his work, such as:

PS: As a memento from the exhibit I brought home not a Chihuly original, but a handblown Skipping Stone Vase from Henrietta Glass in Rhode Island. It's perfect bud vase and will capture the light on a sunny windowsill.