Two more posts about San Juan. I know they're tardy, but I got busy with other things and the blog has languished! And these are too cool not to share:

First, the castles and cemetery in Old San Juan.

The Santa Maria Magdalena de Pazzis cemetery is just beautiful.  It's a colonial era burial ground surrounded by a 40-foot high wall right at the ocean's edge. This placement was believed to help spirits pass over into the afterlife. 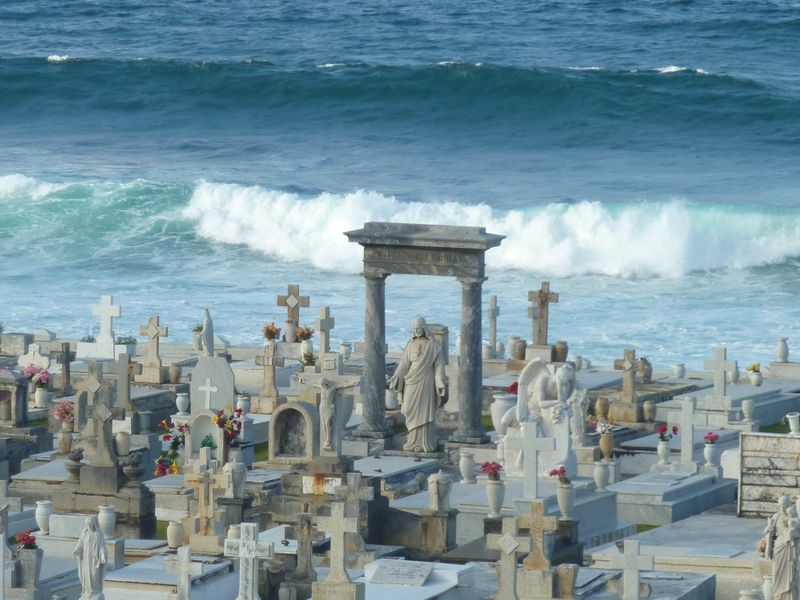 Named after an Italian mystic and saint, the cemetery is the final resting place for many prominent Puerto Ricans. 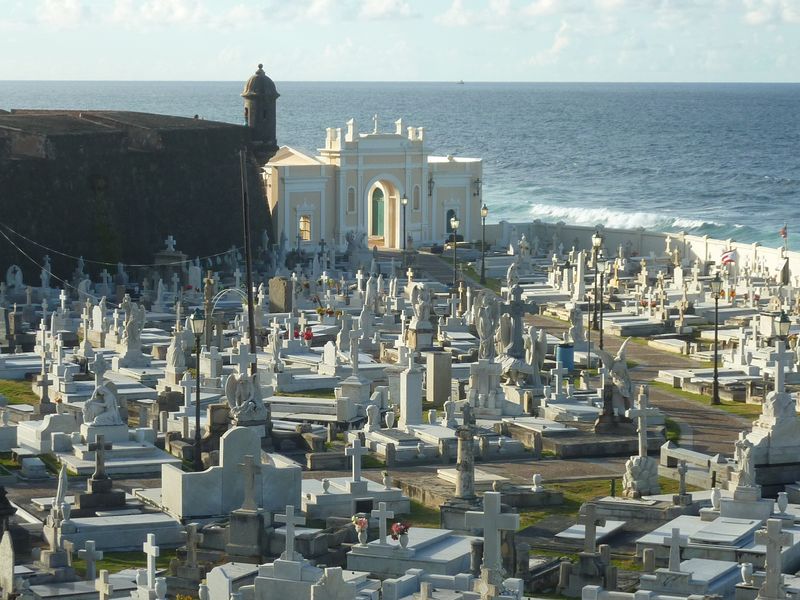 To one side of the cemetery is the San Cristobal Castle, a Spanish fort built to protect the city of Old San Juan from a land-based attack (entry to the city was via San Cristobal's double gates). 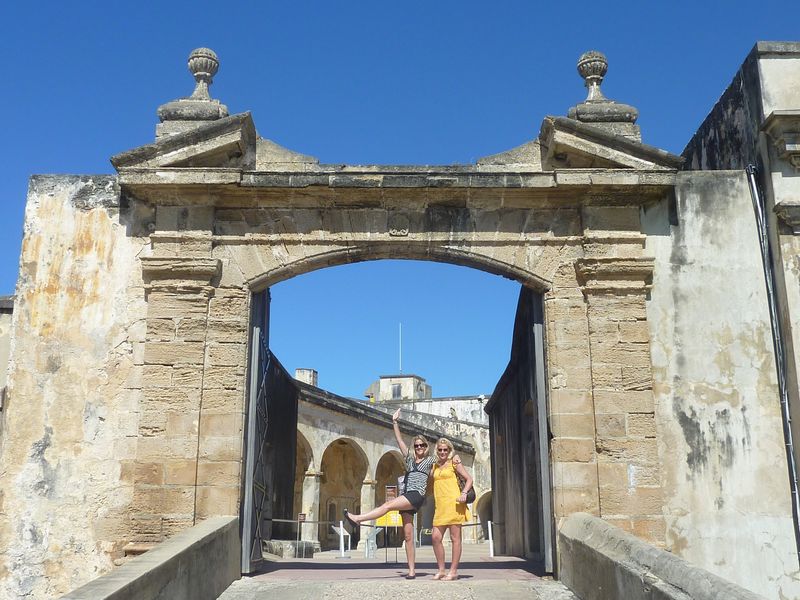 On the other side, just above it on the hill, is the San Felipe Del Morro Castle, a 16th-century citadel designed to protect the city from an attack by sea (it in fact played an active part in both World Wars). It is probably the most notable landmark in Old San Juan. 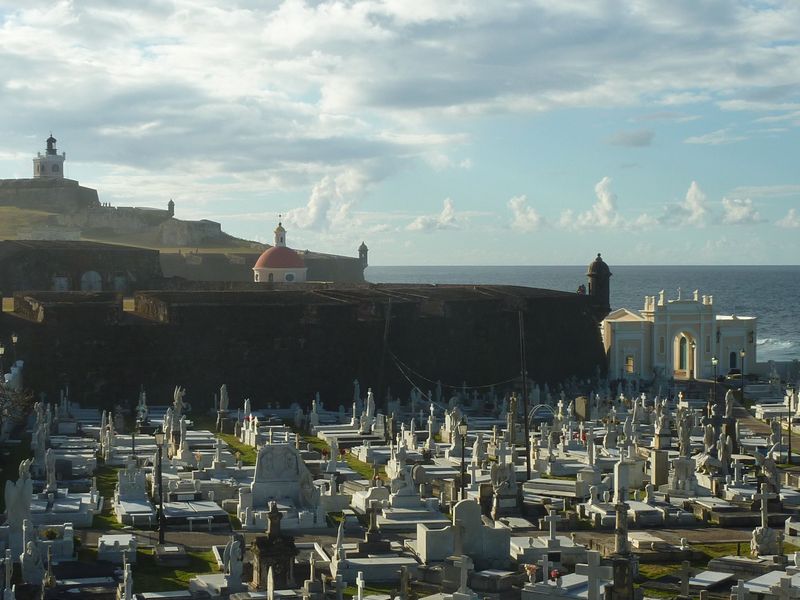 Today, the fort and its 70 acres is a national park and World Heritage site. Both times I visited, it's rolling hills were covered with picnicking families and people flying kites. 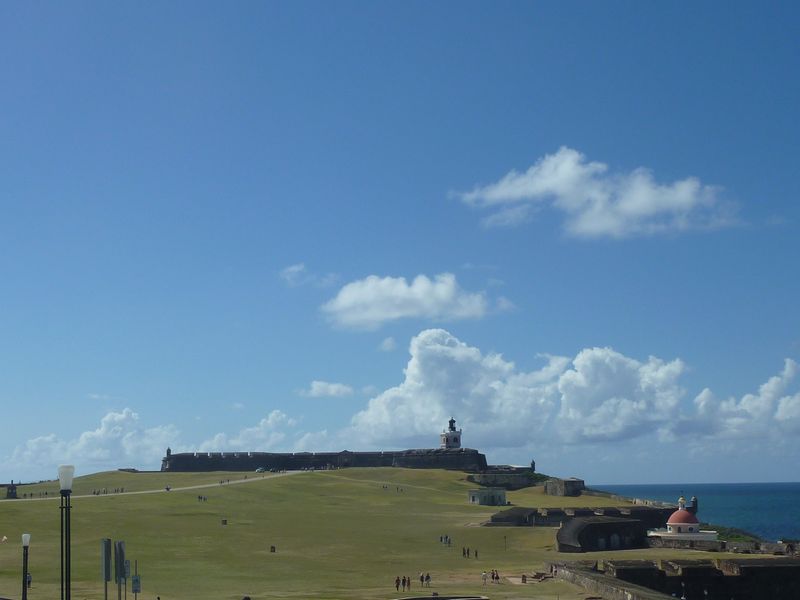 The fortification actually extends all the way around the city, and you can walk a path outside of it, along the water's edge: 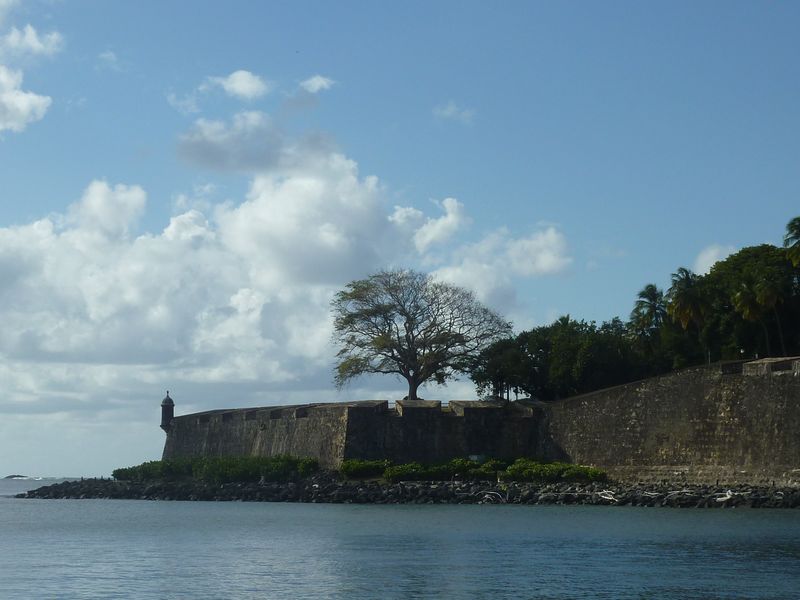 And get some beautiful ocean views at sunset :) 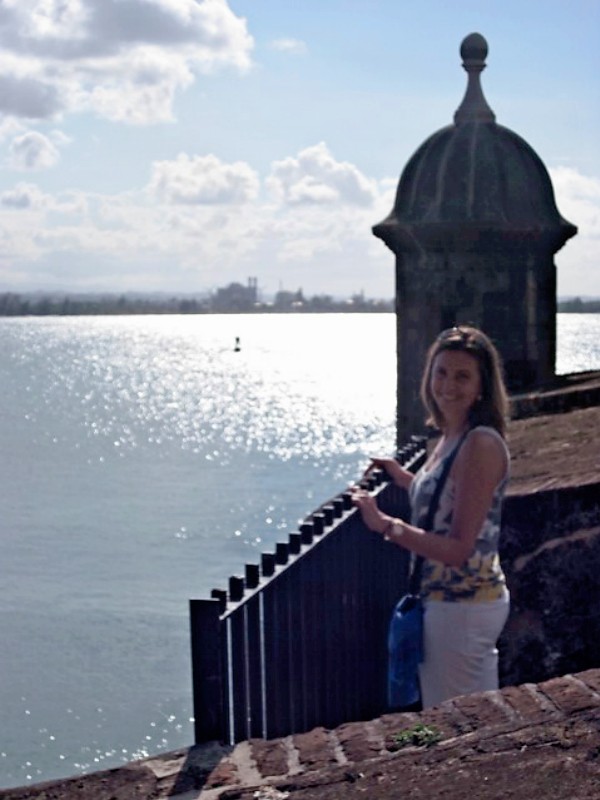