It is estimated that there are at least 400 structures of historic value in Old San Juan; we looked at some of them in the last post on architecture. As if that weren't enough, the neighborhood is also home to many beautiful statues, fountains and other pieces of outdoor art - perhaps not as ancient, but just as lovely to look at. I like the character they bring to the streets and squares of this historic area. Here are a few that caught my eye:

Plaza de Colón (Columbus square) was originally called St. James Square but was renamed in 1893 with the dedication of this statue honoring Christopher Columbus on the 400th anniversary of his discovery of Puerto Rico: 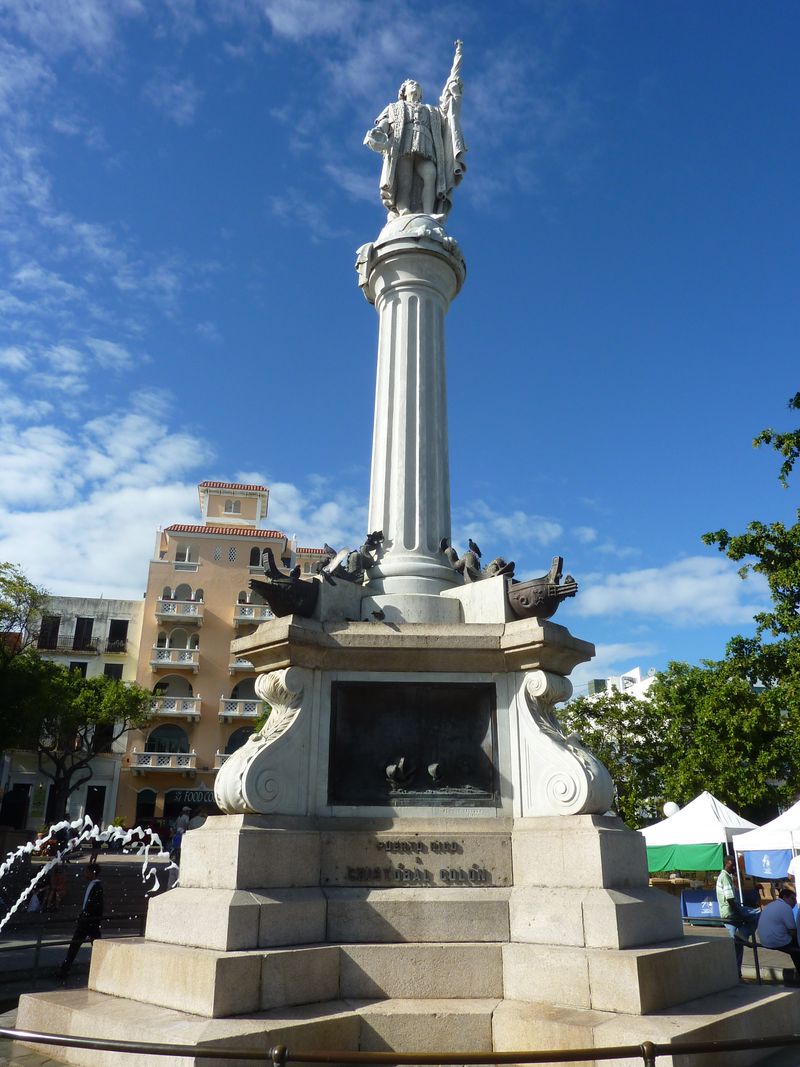 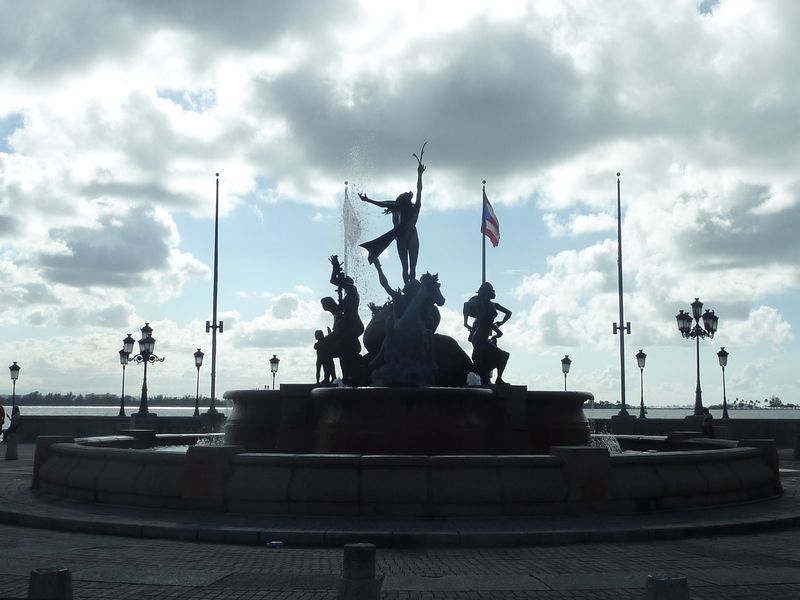 Modern art is mixed in with these older statues, like the Tótem Telúrico sculpture in the Plaza del Quinto Centenario (Quincentennial Square). It was designed by Jaime Suarez in 1992, stands about 40 feet tall, and is made of black granite and Taino ceramic pieces: 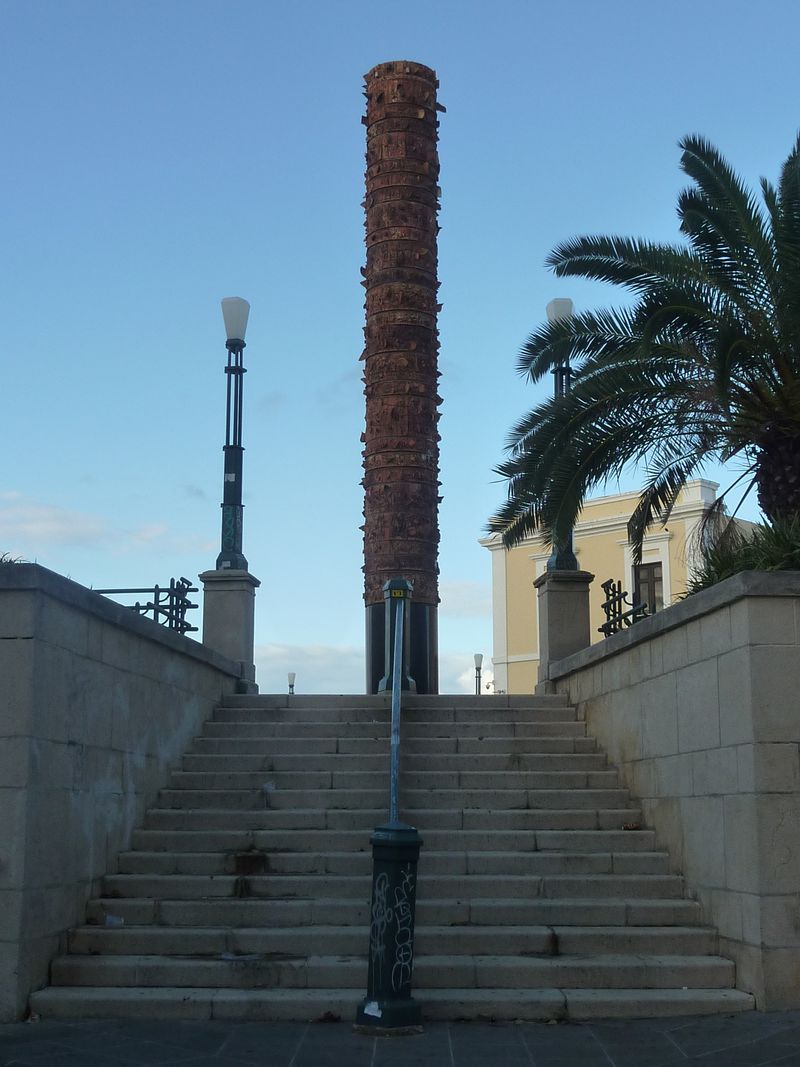 This fun statue of penguins in a boat is by local artist Jorge Zeno and is located in the little square next to El Convento: 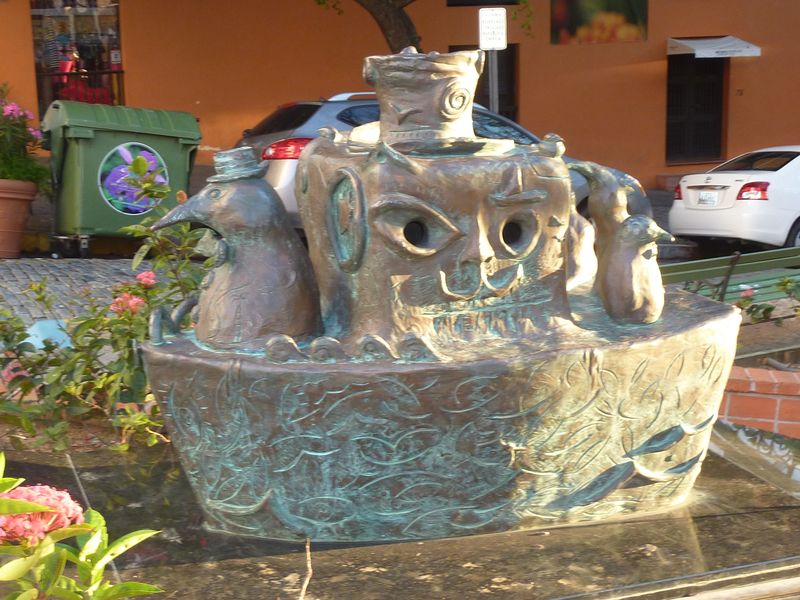 These whimsical cat chairs, perhaps in homage to the many cats that roam the streets: 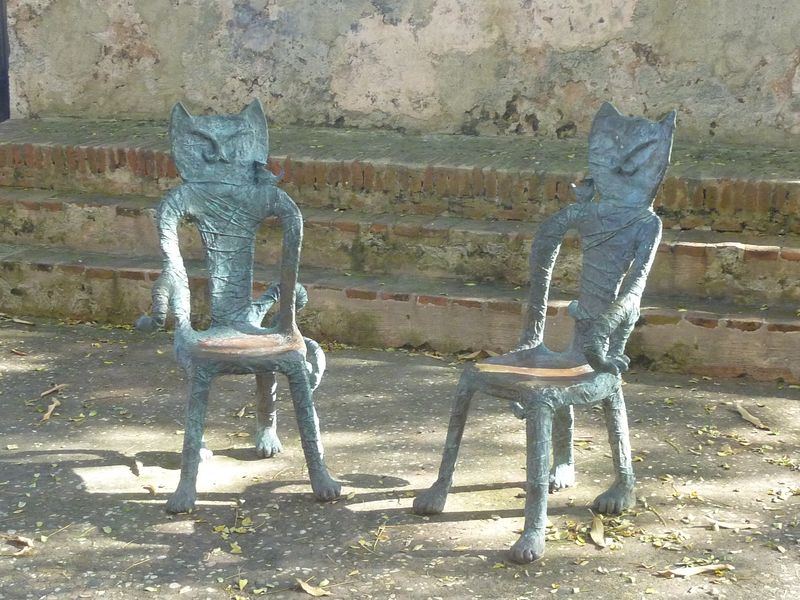 And lastly, a piece depicting the Santos (saints). Puerto Rico is famous for its carved wooden religious idols called santos that are popular souvenirs and sought after by collectors: 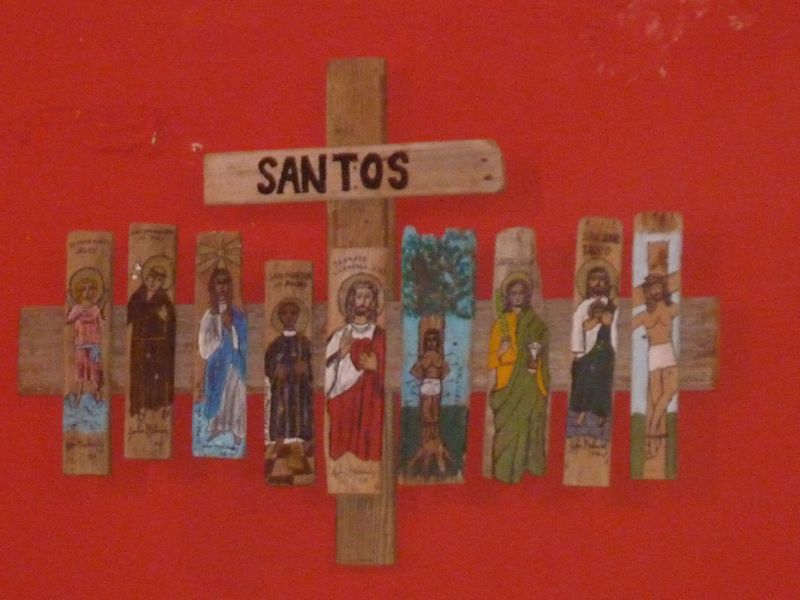 Unfortunately, I don't know who made these chairs - I did a quick online search but only came up with other tourists' photos...no artist information.

Could you please name the artist of the sculptural bronze cat chairs in old San Juan?