The city is razing the building at 6 Tide Street in Marine Industrial Park (a $1.6 million project that was voted "not critical" by the folks over at Stimulus Watch) and what's left of it (for now) makes for a cool photo.

You see, rather than knock it down in one, fell swoop, they are slowly dismantling it piece-by-piece (presumably for salvage) and it's currently an iron skeleton one city block long: 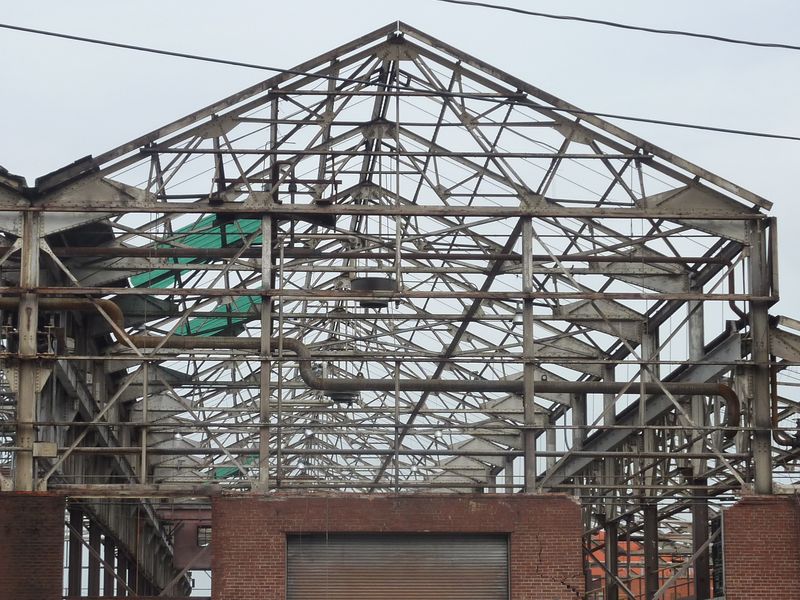 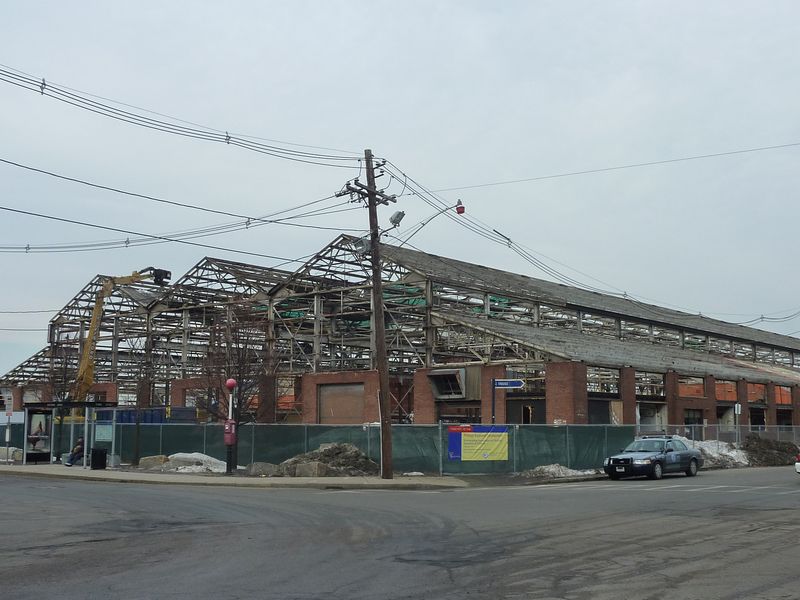 This is what it used to look like, back when it housed JJ Daly Incorporated (office supplies), Twin Lights Publishers (I think just warehouse space), and Reach Distribution. 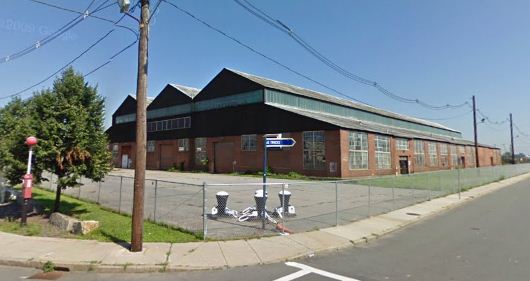 There's another old photo here. But soon it will be an open lot again. Not sure what the city's plans are for development. 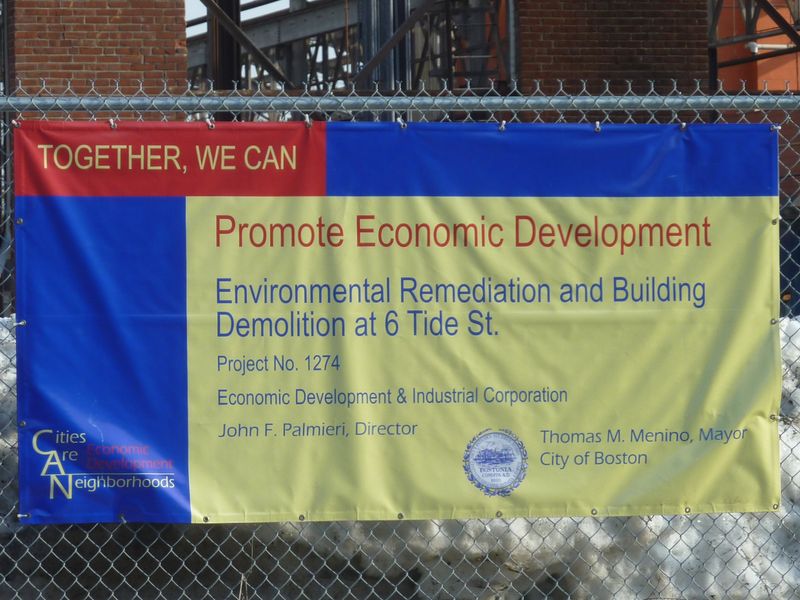 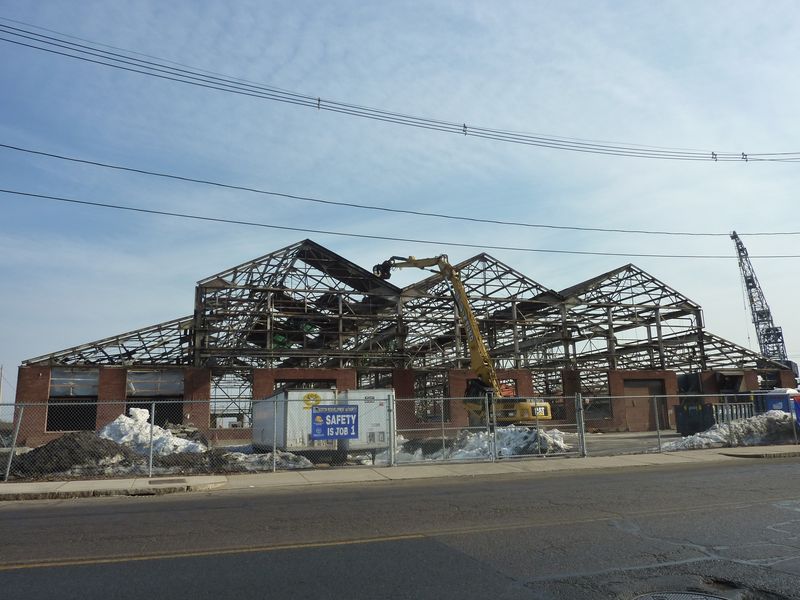 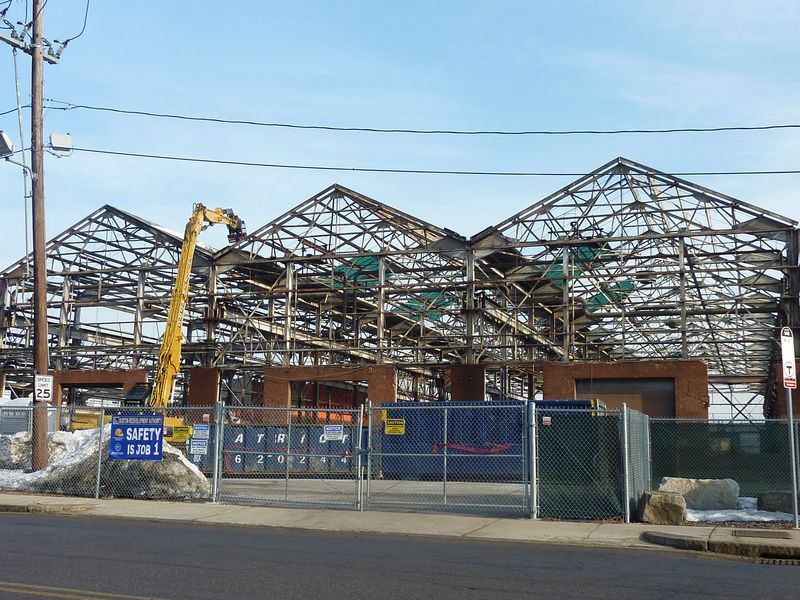 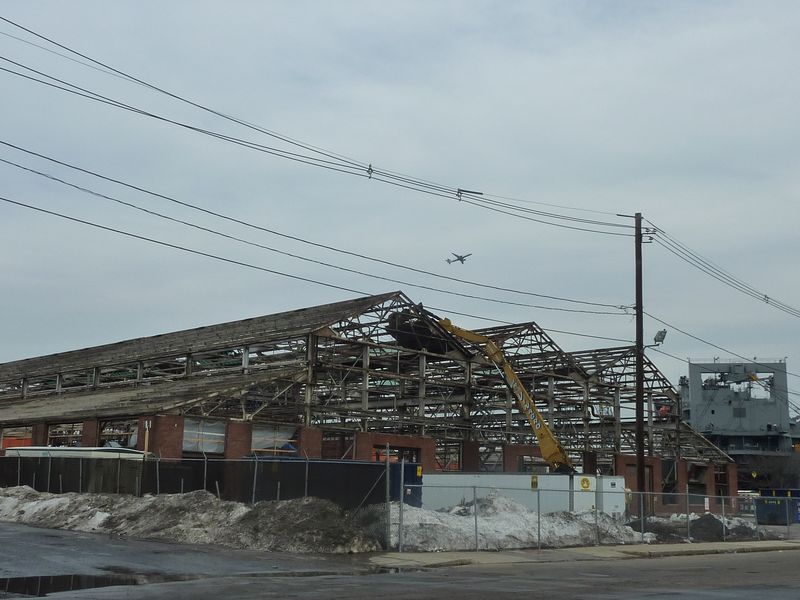