I jumped on the InMaps meme yesterday, using this latest experimental tool from LinkedIn to visualize my professional network. The result is interesting (and also quite beautiful): 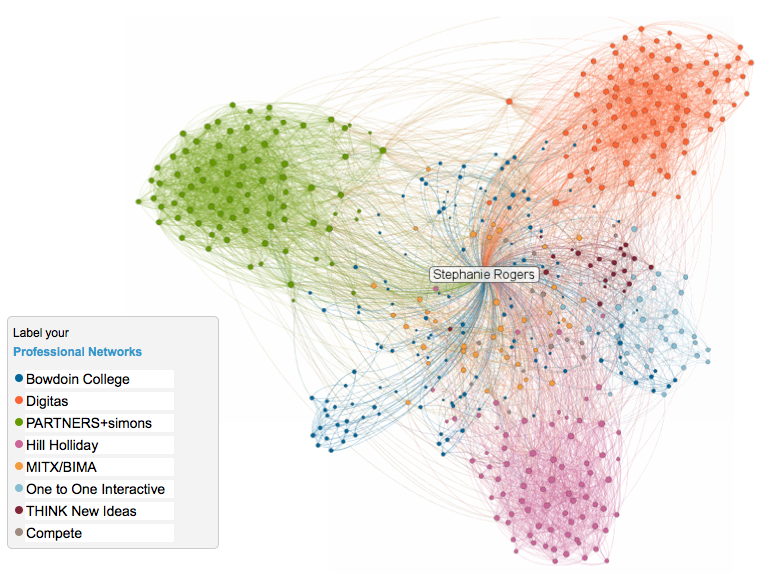 For the most part, it is what I expected: the major nodes in my professional network are driven by my current & past employers (PARTNERS+simons, Hill Holliday, One to One Interactive, THINK New Ideas), professional organizations (BIMA, MITX), and education (Bowdoin College).

The only real surprise is the inclusion of Compete, a local data analytics company, as a major node. While I have never worked for the company, I started out as a client of theirs about 5 years ago, and have grown into a "friend of the organization," both professionally and personally. So it makes sense that they're there, too (and I'm happy to be affiliated with such a smart group of folks).

Data visualizations like this are so interesting & informative. In one glance, you can quickly get a handle on my professional experience and the company I keep. Wouldn't it be cool if we could build similar visuals for a company or brand? LinkedIn Labs, are you working on this?

There are tools to visualize your Facebook network as well, but for the most part their value is unclear to me (basically, they all display some variation of which friends know each other). The one exception is UpGo, a Facebook app which does let you sort & filter your network based on different filters (high interaction, mutual friends, interests, age, location...) and groups (companies, schools, affiliations...). It's actually more like the inMaps app, but with a few more bells & whistles: 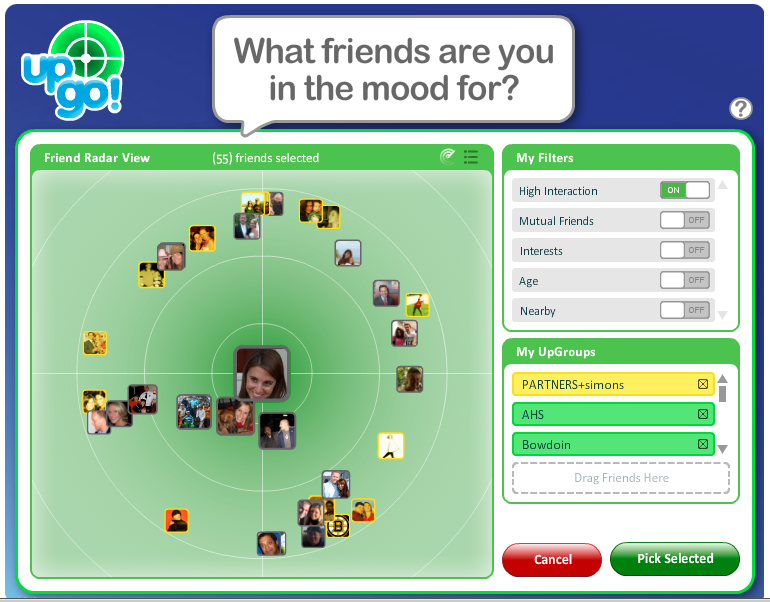 Want to explore more visualizations? Head over to Visualizing.org, a new, collaborative data visualization hub created by Seed Media Group and GE. It's a great resource.

This April, Boston will host the fifth annual National Conference for Media Reform (NCMR), where over 2500 people will gather to collaborate on a new vision for our media system.

For three days, NCMR participants will explore the future of journalism and public media, consider how technology is changing the world, look at the policies and politics shaping our media, and discuss strategies to build the movement for better media.

While the full program schedule won't be available until late March, it promises to include include live musical performances, film screenings and over 50 interactive sessions about journalism and public media, technology and innovation, policy and politics, arts and culture, social justice and movement building, plus hands-on workshops and how-to trainings.

I'm particularly interested in the "Media Makers, Culture, and the Arts" track, which will explore music, art, film and other creative media, showcasing inspiring projects, examining how media and technology are affecting our culture, and connecting the arts to media policy and politics.

Here's a sneak peek of the event:

NCMR is the brainchild of the non-profit organization Free Press, which is dedicated to making media reform a bona fide political issue in America. Through education and advocacy they promote independent media ownership, strong public media, quality journalism, and universal access to communications. From their web site:

Our media system is in a crisis.

The takeover of our country's media outlets by a small handful of giant conglomerates puts too much power and influence in too few hands. That's bad for our democracy, which depends on our ability to access diverse sources of news, information and opinion.

Our media is in trouble in other ways, too.

The big cable and phone companies that control access to the Internet want to be gatekeepers, deciding which Web sites and services you can use depending on which companies have paid them the most. They want to turn the open Internet we've always had into a closed, private toll road.

And public broadcasting, one of our most valuable public resources, is under constant threat in Washington by those who would cripple alternatives to the commercial media and muzzle the critical voices and diverse fare that public media offer.

It's up to us to change the media. The way we do that is by changing media policies.

NCMR 2011 takes place April 8-10, 2011 at the Seaport World Trade Center. About 2,500 people are expected to attend, so get your tickets now! Early bird registration is available through January 28th at $125; regular registration is $175.

Hope to see you there!

"In the Chinese calendar, 2011 is the Year of the Rabbit, which is predicted to be a peaceful year, conducive to artistic pursuits."

Thus begins the Wall St. Journal article, "Cultural Resolutions," which goes on to profile this year's creative goals from some well-known folks in fashion, art, music, literature, architecture, theater, and food (it's an eclectic bunch; check it out).

As for my own artistic pursuits in 2011, I think I'm going to make it oil painting. I've always loved the medium, and while I used to dabble in drawing and water colors, I've never tried oil. Yes, I realize it's the hardest to master, but oil paintings are just gorgeous.

Look at this one from my new, favorite up-and-coming-artist gallery, ArtQuiver. It's called Fifth Avenue Ladies and is by American artist Kathryn Trotter. Gorgeous! 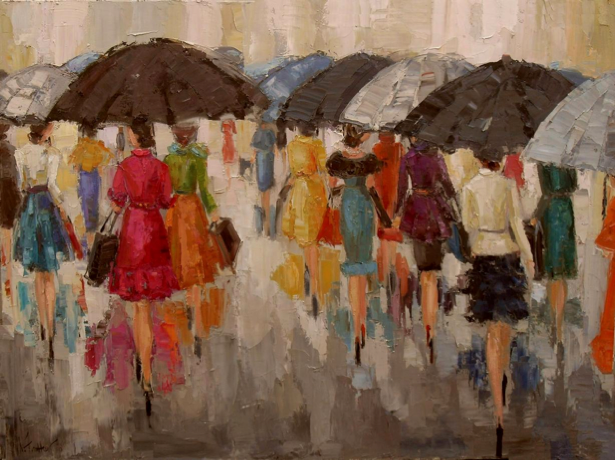 Her style is referred to as "impasto" - she applies layers of paint with a palette knife for depth, color variation, and texture, using her past experience in the corporate world of fashion, interiors, and textile design for her subjects.

I'm thinking that photos from my travels may provide some good inspiration of my own.  So I've purchased the materials and will start to dabble in this new pursuit. Watch this space! 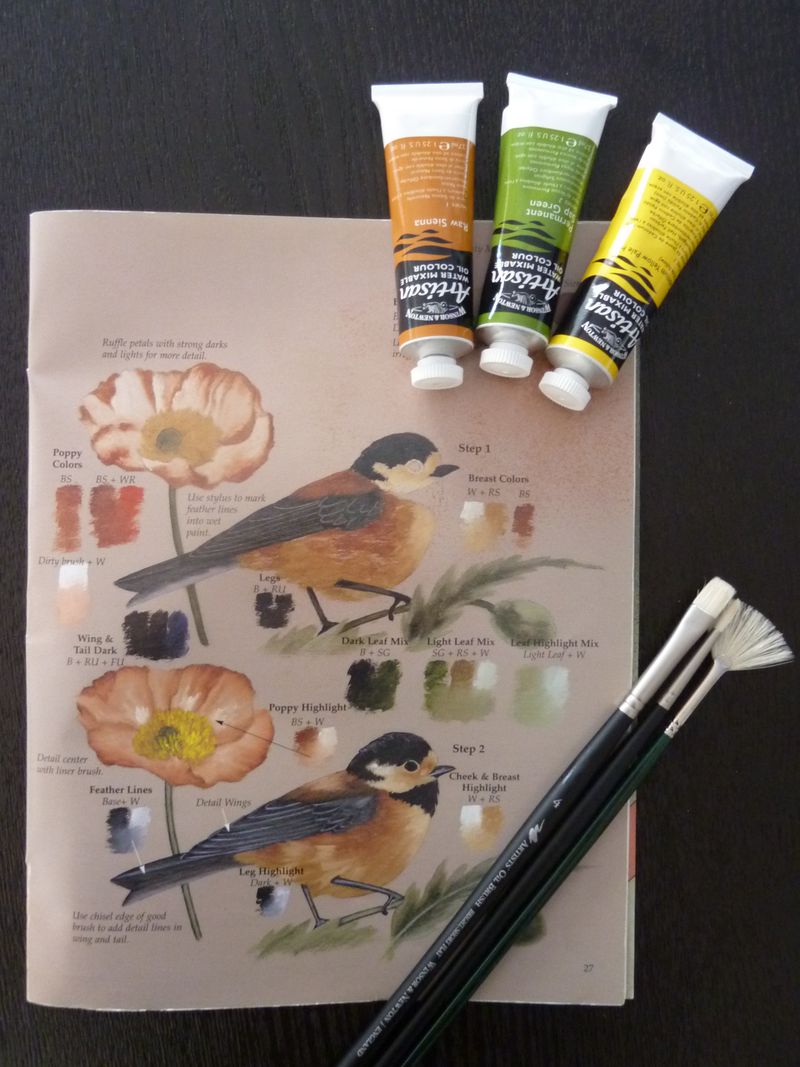 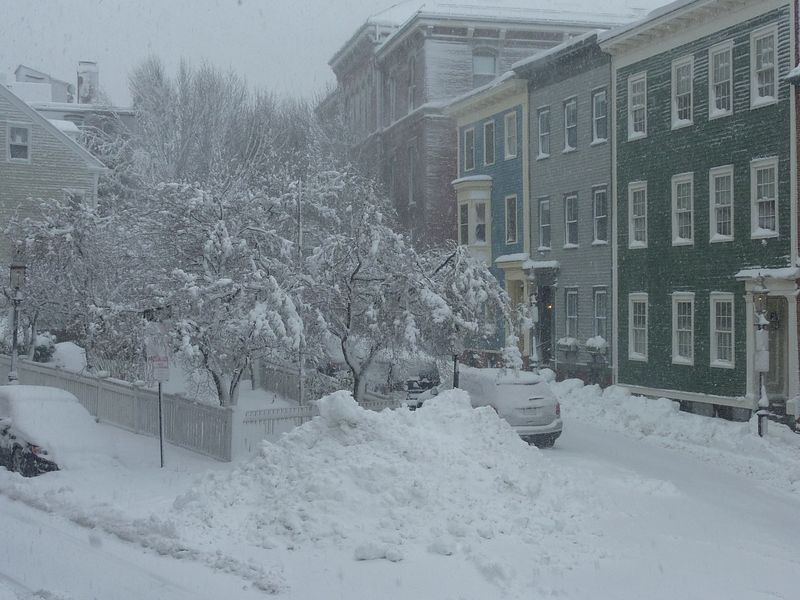 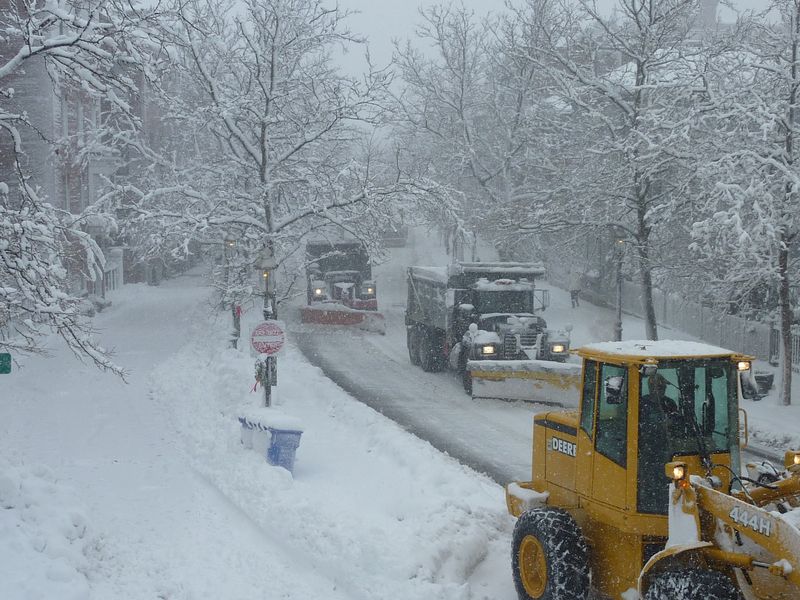