A friend who just retired after a long and successful career shared these words with us at the office earlier this week, and I think they are the perfect sentiment to ring in the new year:

Just published a new post over on the PARTNERS+simons blog, on using QR Codes in Financial Services Marketing (and there's a Healthcare Marketing version here). Enjoy!

Editor-in-Chief William Falk's most recent column in The Week is worth a read, especially as we look forward to a new year:

Looking back over 12 months of human folly, as we do at The Week at this time each year, is a perilous exercise. It can shake one’s faith in the long-term viability of our species. Economic chaos, political deadlock, religious and ethnic conflict, another awful season for my Mets — what a mess. And yet... In defiance of both evidence and reason, I cling to the conviction that human beings have a spark of the transcendent within us, and that we are part of the unfolding of something wonderful and mysterious. Here and there, I see encouraging signs and portents. Did you notice, for example, that this year bacteria learned to live on arsenic?

It may sound irrelevant, but hear me out. NASA scientists trained a hardy species of bacteria to survive without phosphorous, which was supposed to be one of the six essential building blocks of life. In just a few months, the bacteria learned to replace the phosphorous in their DNA with arsenic, ordinarily a toxin. NASA pronounced the transformed bacteria a new form of life, whose existence points to even stranger biochemistries on other planets. But I saw the experiment as something else: a metaphor. (I have a weakness for metaphors.) Even in the most poisonous environment, this little experiment proved, life finds a way. It survives. It thrives—impelled onward by something defying rational explanation. George Bernard Shaw called it the Life Force; call it what you will. But this astonishing persistence, this upward, Promethean striving from the muck, is no accident. It speaks of a purpose and a destiny. It suggests that all our struggling is not for naught. Or so, at year’s end, I’d prefer to believe.

I hope everyone has a happy & healthy holiday season! 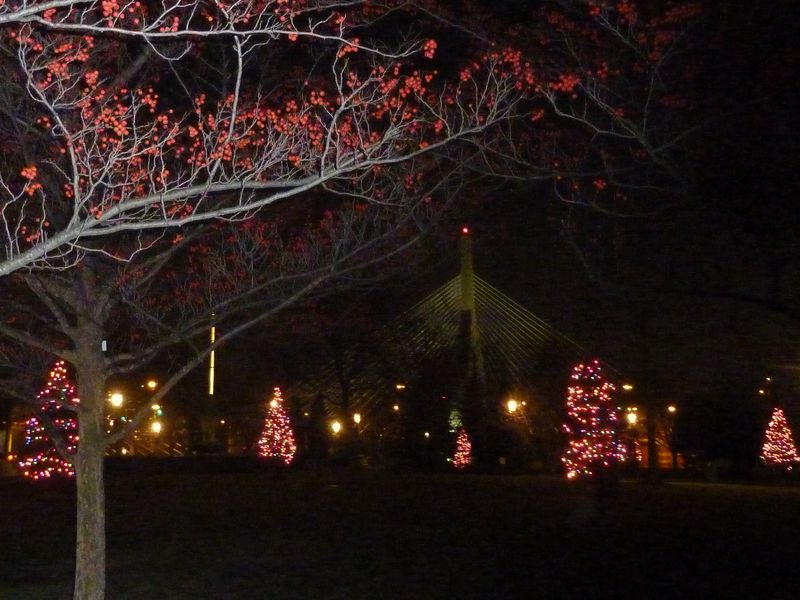 I've mentioned Joy of Old before, in a previous post about Christmas in Charlestown; it's a treasure trove of antiques, art, linens, notecards, jewelry and more from local artisans.

It's also a great place to pick up some last-minute Christmas gifts and supplies. I picked up these lovely "Battle of Bunker Hill Monument" Christmas cards from local artist Sophie Lowery, and Happy Holiday cards and ornaments, also featuring our most famous landmark, from Trepiccione Design, Inc. 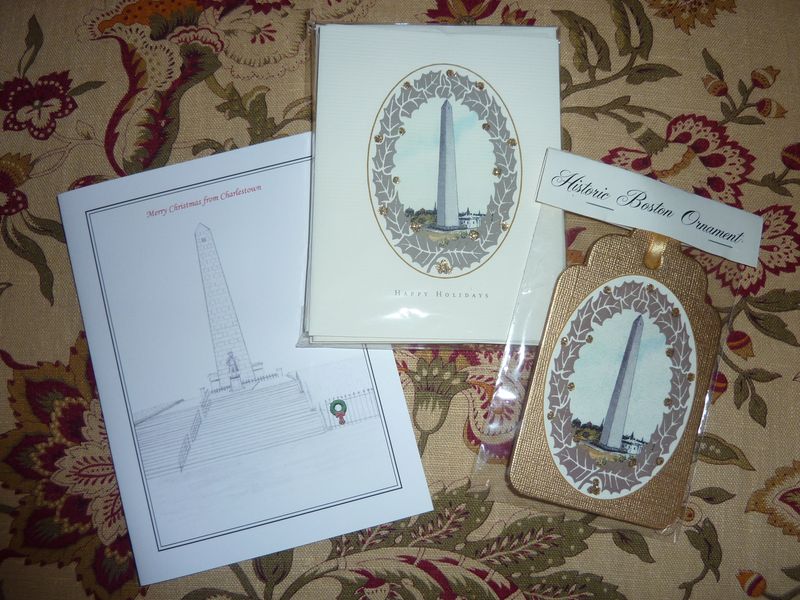 Here are a few more shots of inside the shop: 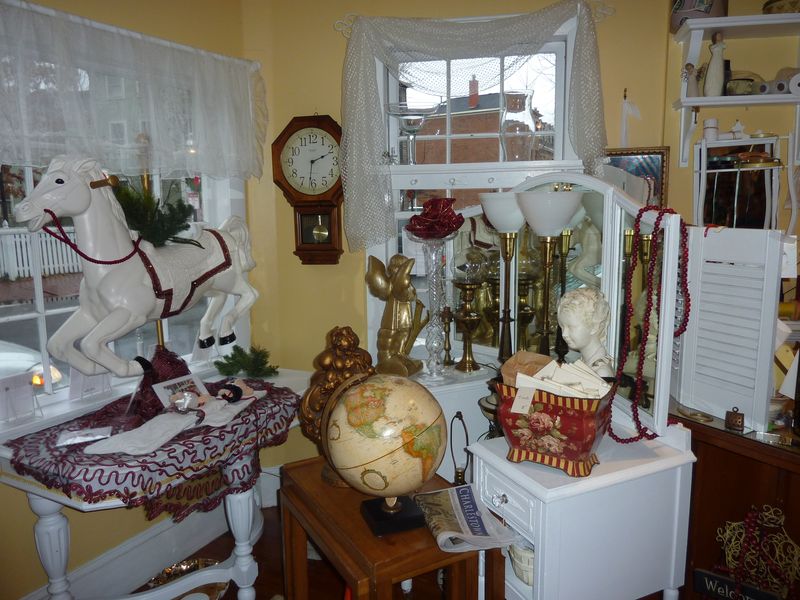 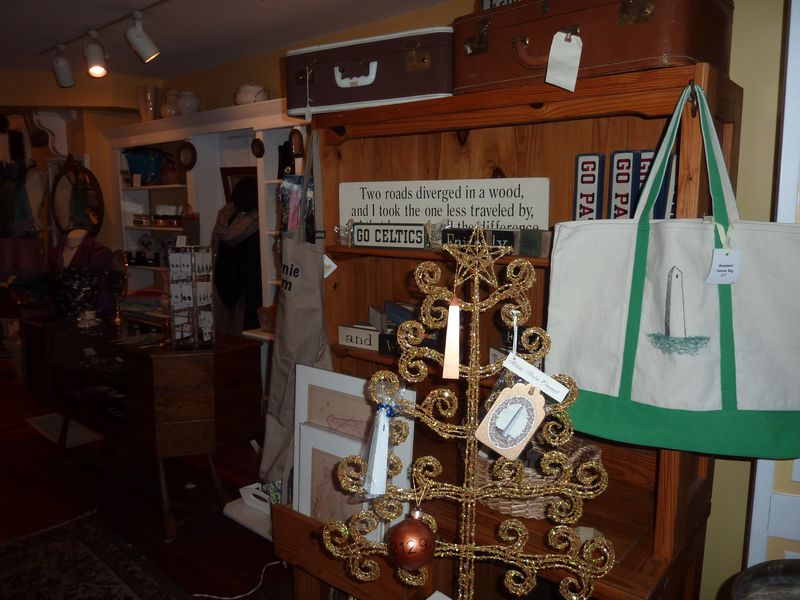 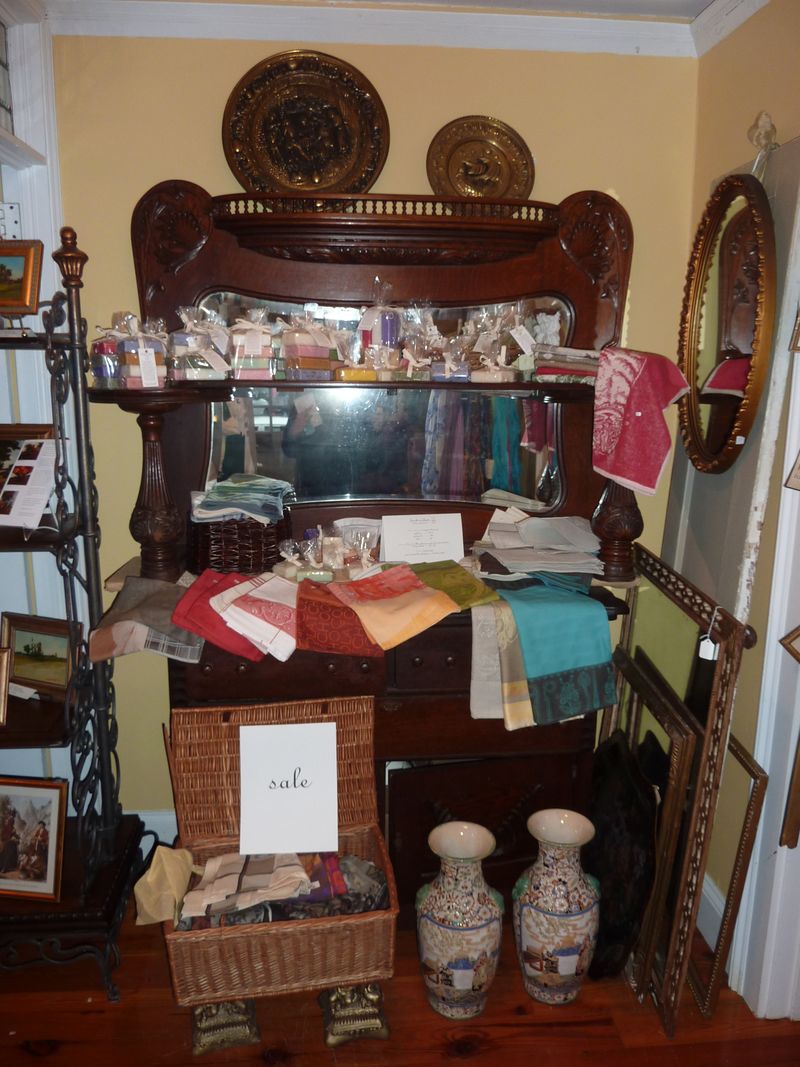 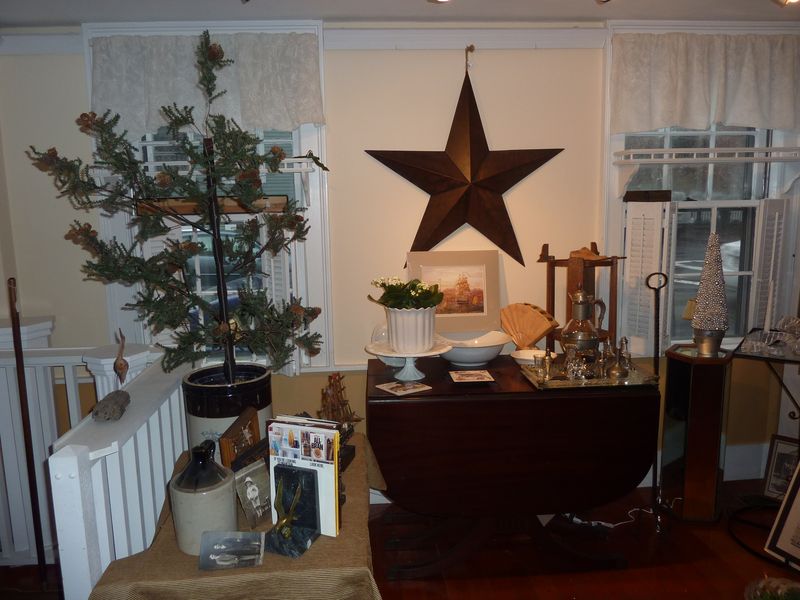 Next time you're in Charlestown, be sure to stop by Joy of Old at 85 Warren Street!

A (Shopper's) Haven in Charlestown

I recently had the pleasure of meeting Lindsay Hill, Principal and Creative Director at the eponymous design and communications firm in Charlestown.

But it wasn't her branding and creative work that caught my attention (despite a very impressive client list) - it was her latest venture, Haven, a wonderful little pop-up store right in our own Thompson Square. 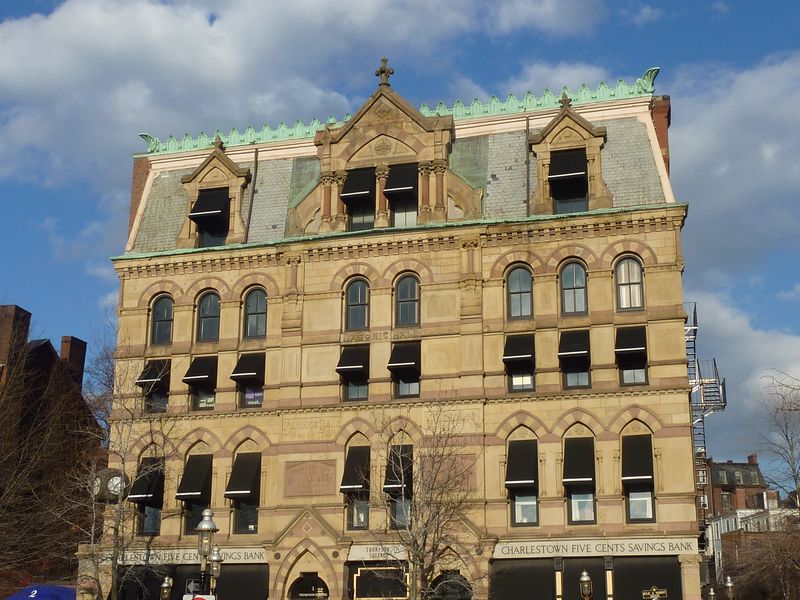 Lindsay has partnered with a West Coast stylist to bring us gorgeous clothing, jewelry, accessories, and eco-friendly (read: super-soft faux leather) handbags, all in a charmingly-designed space (staging is one of Lindsay's specialties). Here are a few shots from the trunk show I attended last weekend: 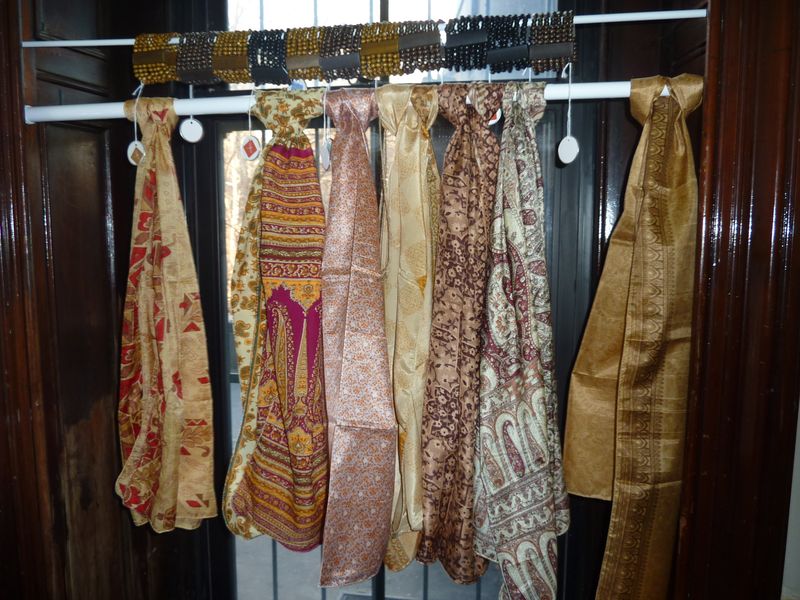 Comfy sweaters, belts, and bags (I actually snagged this blue one)... 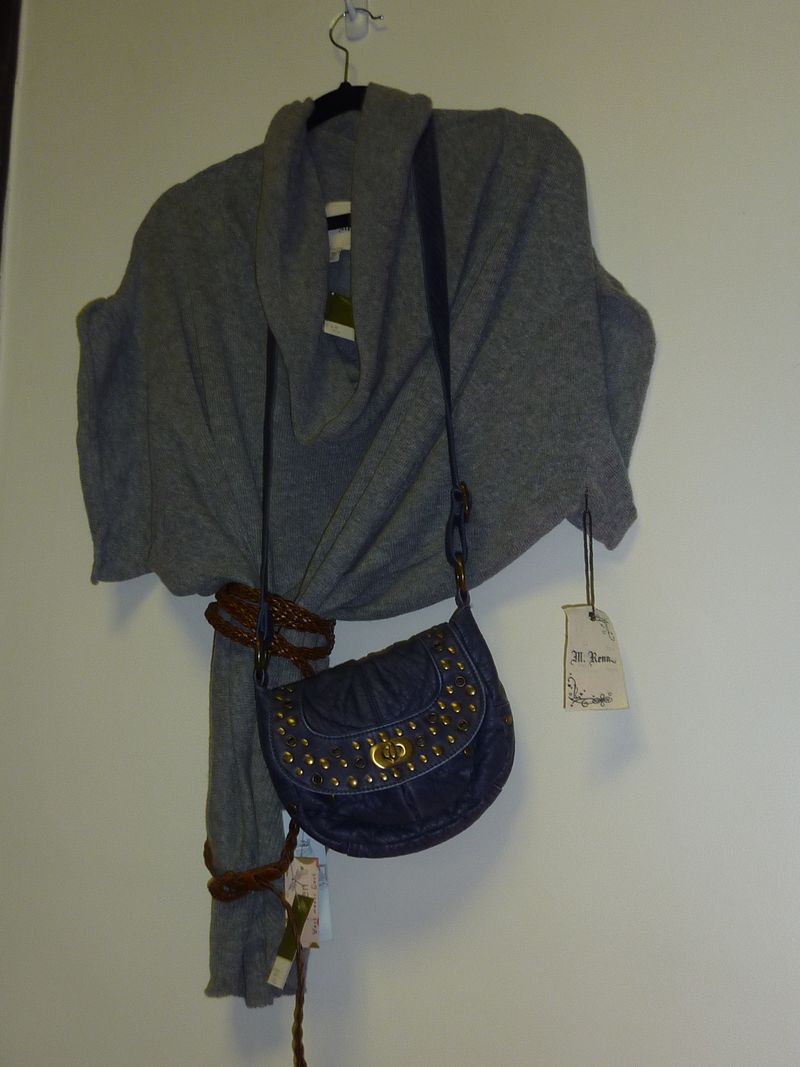 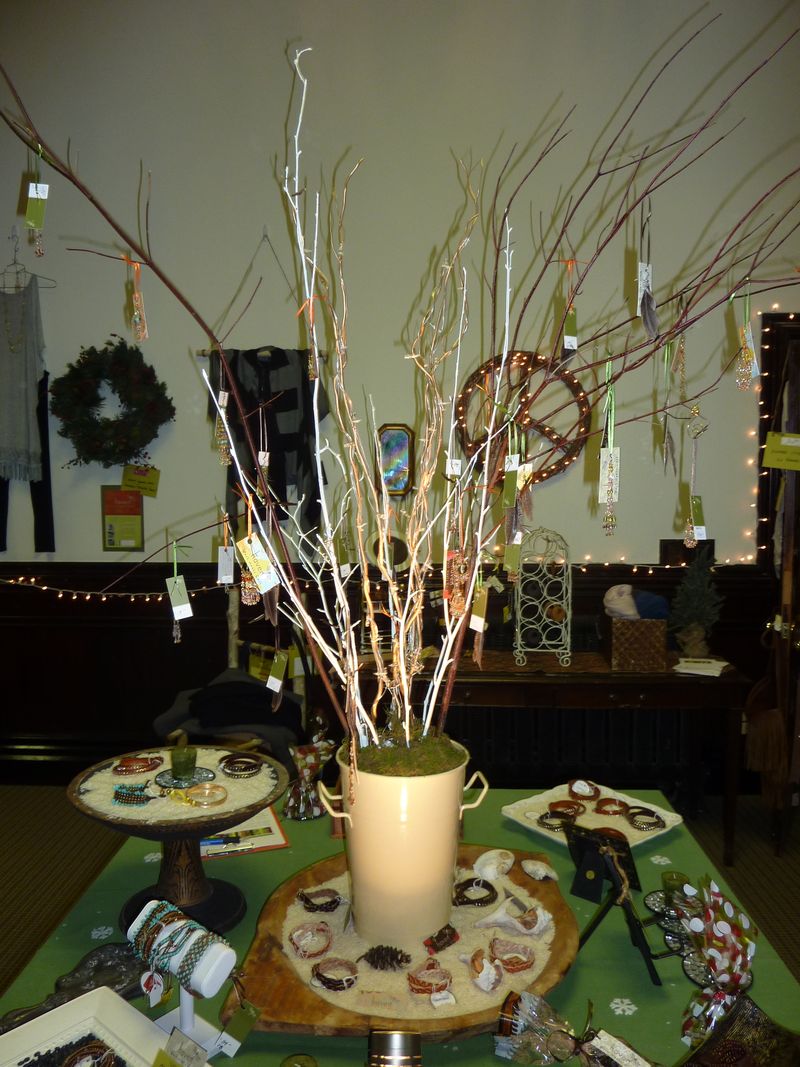 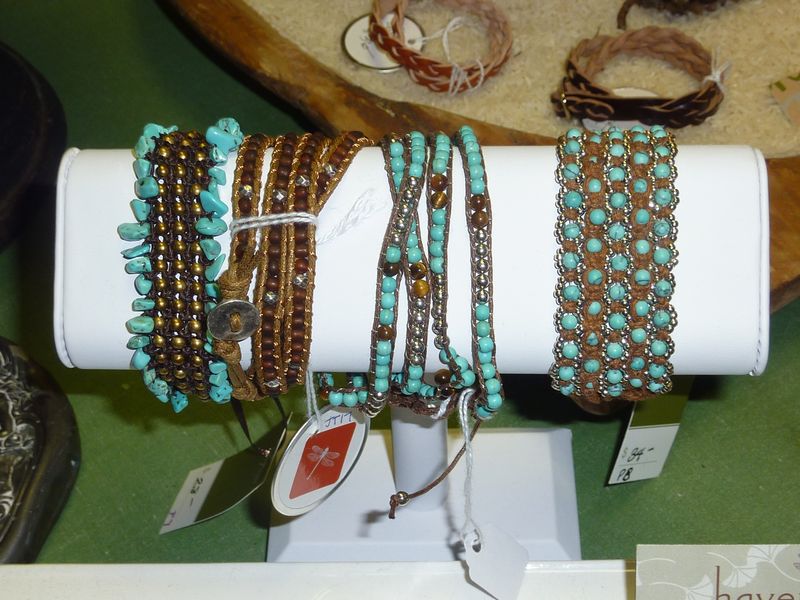 And the aforementioned staging of the space...lovely! 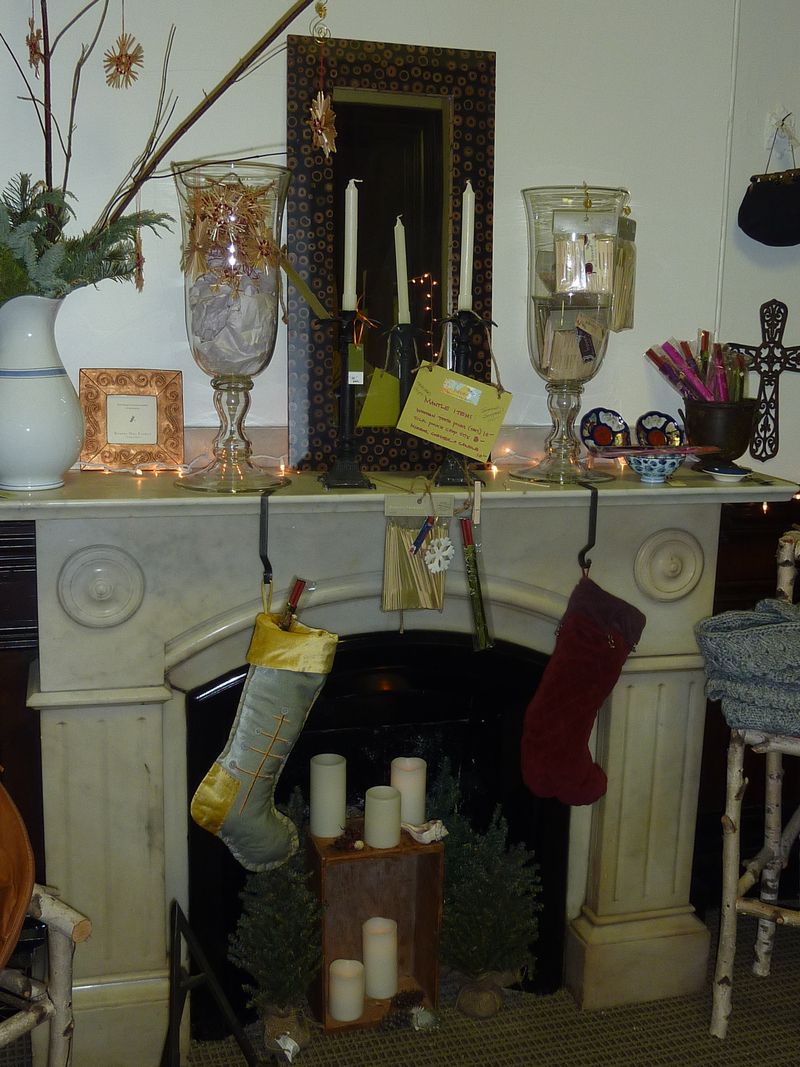 While this weekend's was the last of four trunk shows in this particular space, Haven will have an upcoming show at Charlestown's Ambiance Day Spa and Salon.

To find out where Haven will pop up next (or to inquire about hosting your own trunk show), be sure to friend Haven on Facebook. They have have great items for last-minute Christmas gifts!!

Christmas with the Copley Singers

Today Charlestown hosted a special holiday concert and community sing along with the Copley Singers, a group of professional and volunteer singers formed in 2006 and led by Brian Jones.

It was held in the gorgeous St. Mary-St. Catherine of Siena Church, where Mark Dwyer helmed the 122-year-old Woodberry and Harris organ, complete with 2501 pipes. It's magnificent to behold: the pipework ranges from tin, pencil-sized ones all the way up to 18-foot wooden ones, and they are split into two sections so not to obscure the stained glass window at the back of the Church. 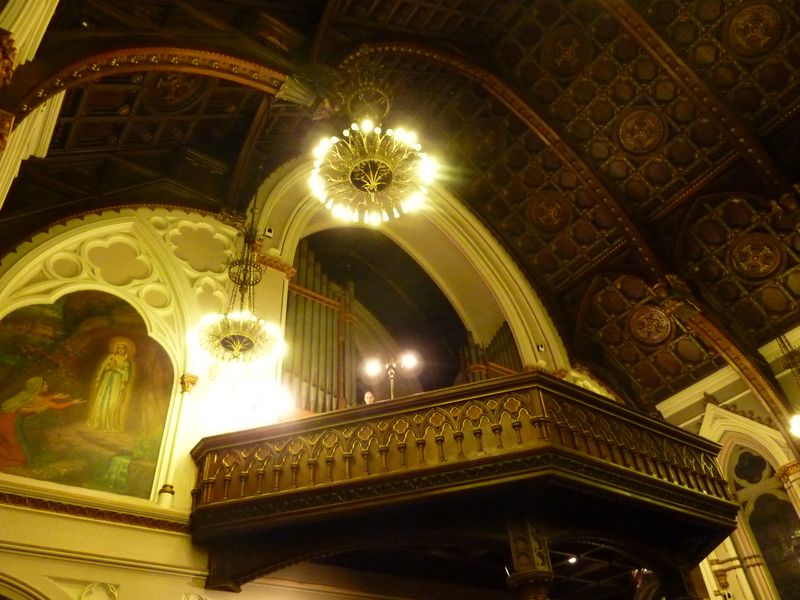 The Church itself was built in 1887 in the Tudor-Gothic style; its roof is a hammerbeam design which doesn't require columns: 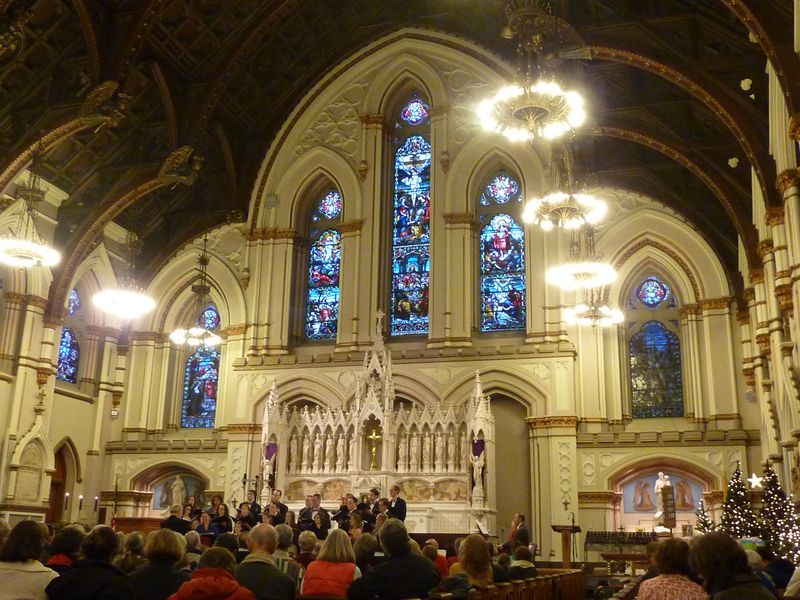 Note the brass light fixtures from the 1890s (originally designed for gas) and stained glass windows created by Mayer of Munich (still in operation today). The Stations of the Cross were designed by ecclesiastical sculptor Joseph Sibbel, who also built the famous statue of St. Patrick at St. Patrick's Cathedral in New York City.

The Choir lead the community in over 15 carols, both ancient and modern, including We Need a Little Christmas, O Come All Ye Faithful, O Little Town of Bethlehem, Feliz Navidad, and Silent Night. Here are a couple of snippets, one with the organ, and one an a cappella number that gives you a good view of the Church.

Thank you to the event sponsors, St. Mary's Church, Friends of the Charlestown Branch of the Boston Public Library, and Hammond Residential Real Estate, who also encouraged donations to the Harvest on Vine Food Pantry.

The revelers of Santacon Boston filled the streets again today for their annual pub crawl. Here are some pix from the starting point, Warren Tavern. 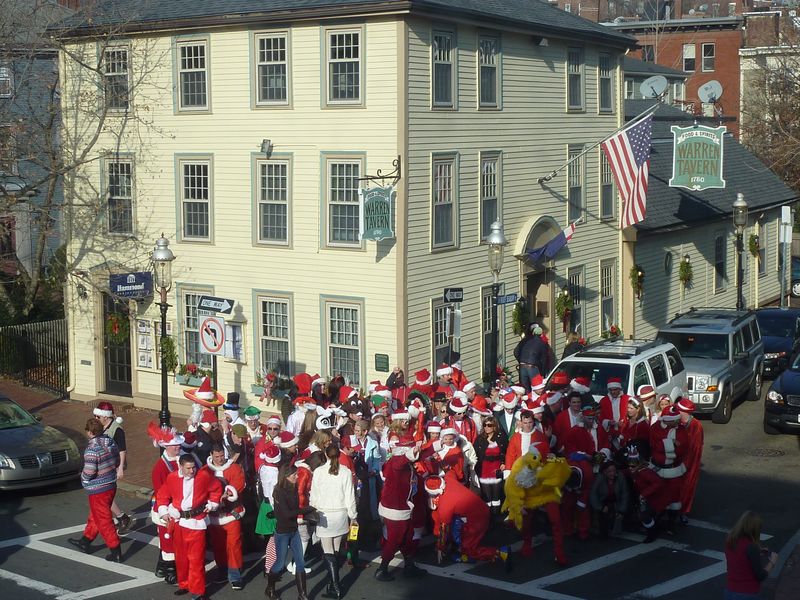 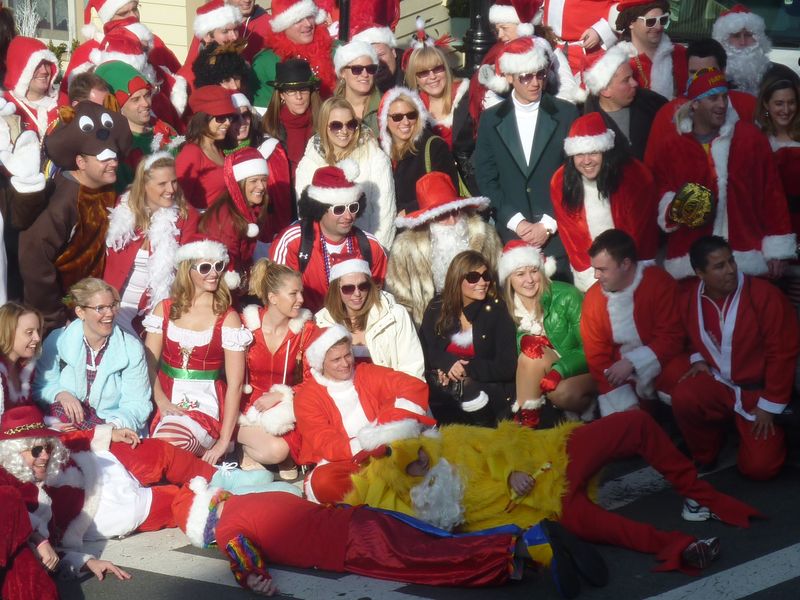 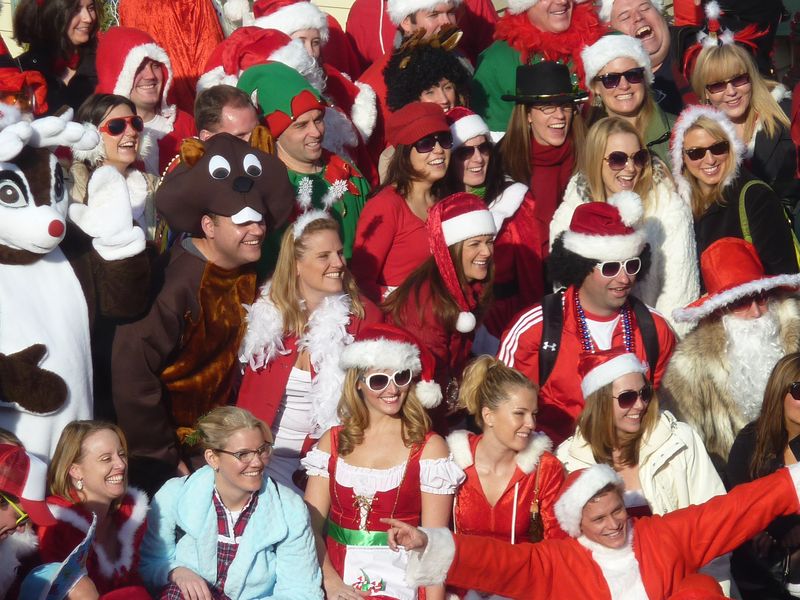