It seems as though we're being over-run with food trucks.

A couple of months ago, before I'd ever given this topic much thought, a friend mentioned an interest in starting one. So when I read about the Clover Food Truck debut in June, I sent him the link. Then I learned about Fillbelly and Silk Road BBQ and sent him those links as well.

The April issue of Cooking Light referenced Portland, OR, as the epicenter of the food-cart craze, host to 440 of them serving more exotic menus like Thai and Korean barbecue. But we had our own first annual Food Truck Festival here in Boston last weekend, and judging from the ridiculously long lines at all of them, the craze is now local. 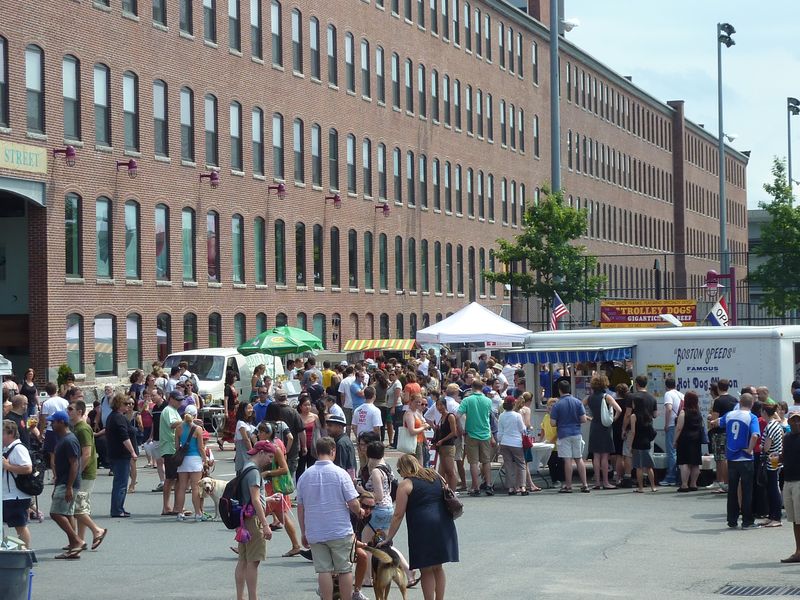 The Atlantic recently reported on the Food Truck Economy, and on Sunday night The Food Network will premier its latest reality show, The Great Food Truck Race. Have we reached the tipping point?

It's fascinating to look at this trend in the context of the broader economy. Maybe food trucks represent the long tail of the dining industry, with fewer products but more highly engaged customers. They're mobile, social (often Tweeting out their locations and engaging with fans on Facebook), and entrepreneurial. They are less institutional and more personal than traditional restaurants (where you may never see or speak to the people making your food).  They are pull (vs. push) marketing, going out to where the people are, instead of waiting for the people to come to them.