Home Subscribe Archives Social Circles About
The more things change, the more they stay the same.
What I learned at #adclubedge - Part 2

What I learned at #adclubedge - Part 1 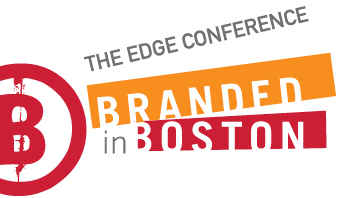 Last week's Ad Club EDGE Conference: Branded in Boston was a smashing success, judging by the sold-out crowd in attendance at the Westin Boston Waterfront. The day-long event brought together people from all aspects of advertising, marketing, public relations, production, design, and academia to learn more about - and celebrate - brands that were born and raised in our own back yard. Here's what I learned there (in no particular order):

That's only a handful of the interesting ideas and topics discussed at the EDGE Conference; watch this space for Part II - taking calculated risks, succeeding internally, opportunities with mobile data, citizen commerce, and more.

Thanks for stopping by and sharing your experience with Pod...I don't know them personally but was impressed with Steve's contribution to the panel and started following them on the social channels. Now that I know they did your site I'm even more impressed! Love it.

Thanks for covering (Part 1) of the Branded in Boston event. It really was fantastic. I've never interacted with the Ad Club before, but I will certainly do so again.

You highlighted Pod Design/Steve Curran of the small agency panel. Although we are not a typical client (our work involves building a website, creating original social interactions and idea submissions, and incorporating the back end ecommerce platform, Pod has been a joy to work with. They have been with us since before our 2008 launch and are working on some big stuff for us now. Their success and recognition are well deserved.