Last weekend's Barcamp was a good excuse for me to finally check out the Stata Center on the campus of MIT. It's a 720,000 square foot academic complex designed by the famous architect, Frank Gehry.

Other luminaries associated with the space include Ray Stata (MIT alum and Analog Devices founder) and  Bill Gates, who both helped fund it, and Noam Chomsky (linguist and philosopher) and Tim Berners-Lee (credited with inventing the Web), who have offices there. Pretty inspiring space.

Like much of Gehry's work, the building got a lot of attention when it was erected in 2004. Take one look and you'll understand why: 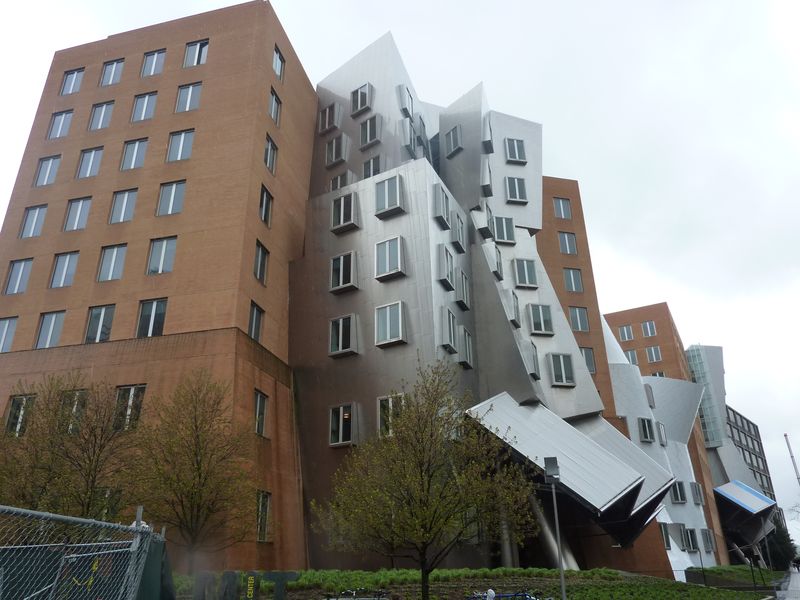 Gehry is known for his Deconstructionist style, and has received both praise and criticism for it. MIT even sued him and the building company behind the development for design flaws leading to leaks, cracks, mold growth and drainage back ups (later resolved & settled). But mostly, it's been looked upon as an architectural wonder and tourist attraction. Here are some other views: 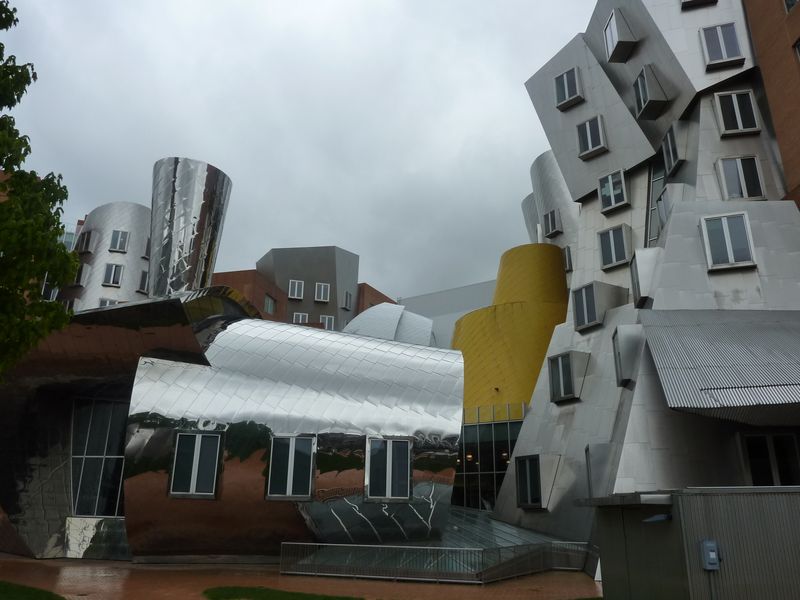 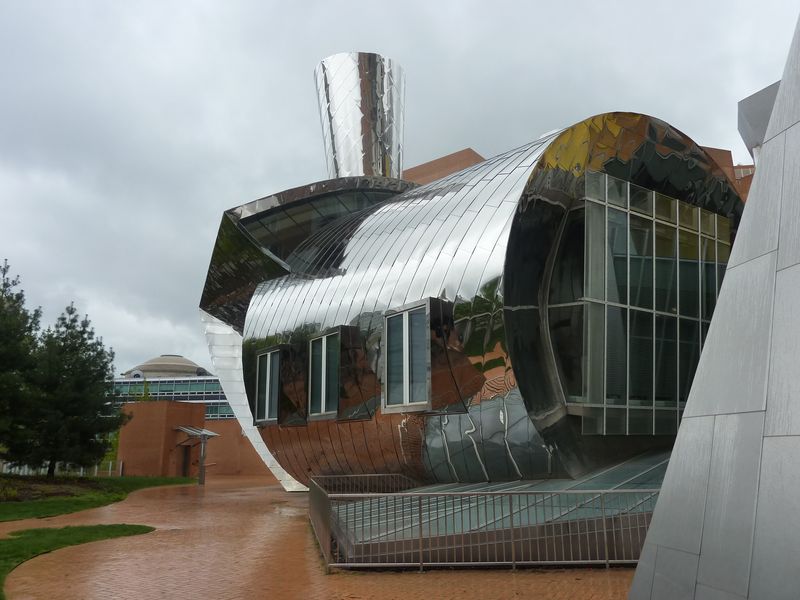 Look closely at this one - see the little robot in the left-hand side of the window? Only at MIT! 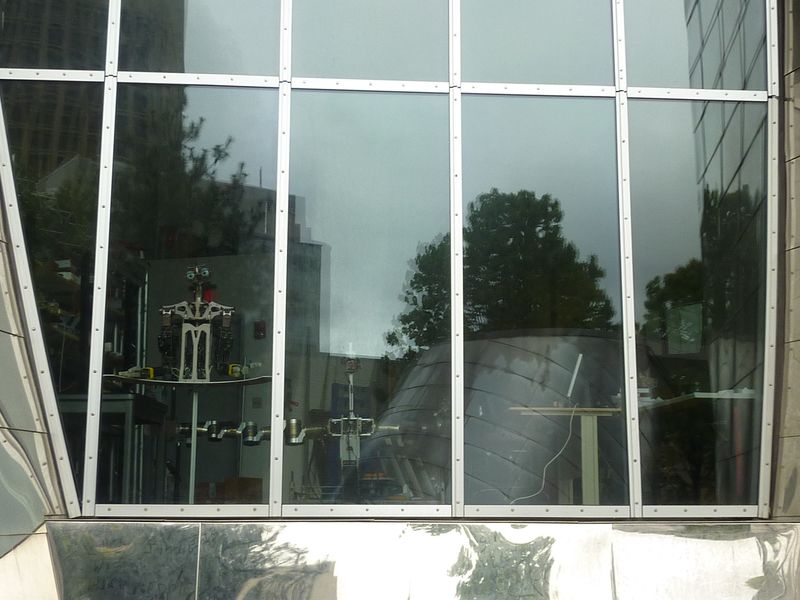 The bold design continues inside, with lots of primary colors and open spaces: 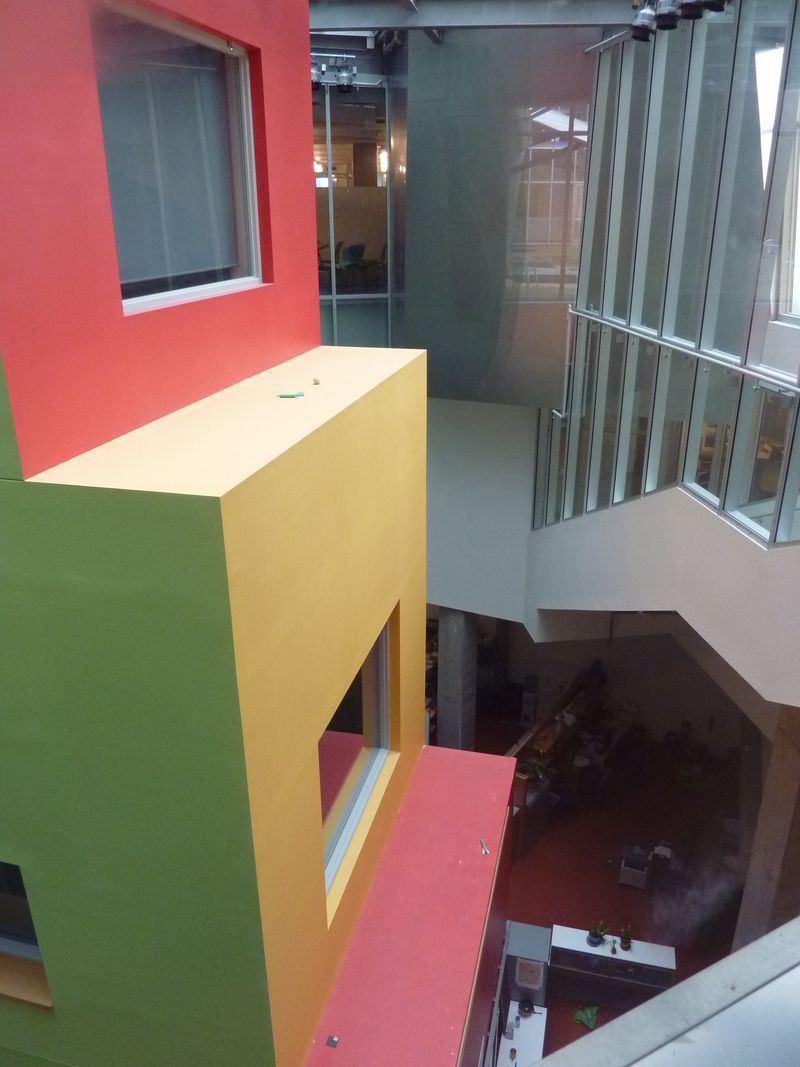 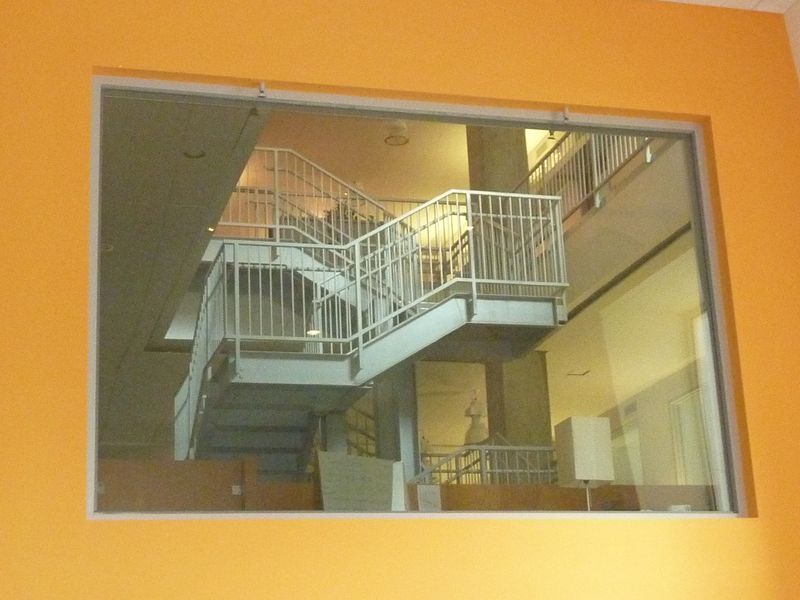 There are also many artifacts from MIT's past - a mini museum if you will. One example is the RadLab Time Capsule, created in the 1990s to commemorate the historic Building 20, which originally stood on this spot. It was built during World War II to temporarily house MIT's Radiation Lab, and it was here that most of the microwave radars used by the US during WWII were built. 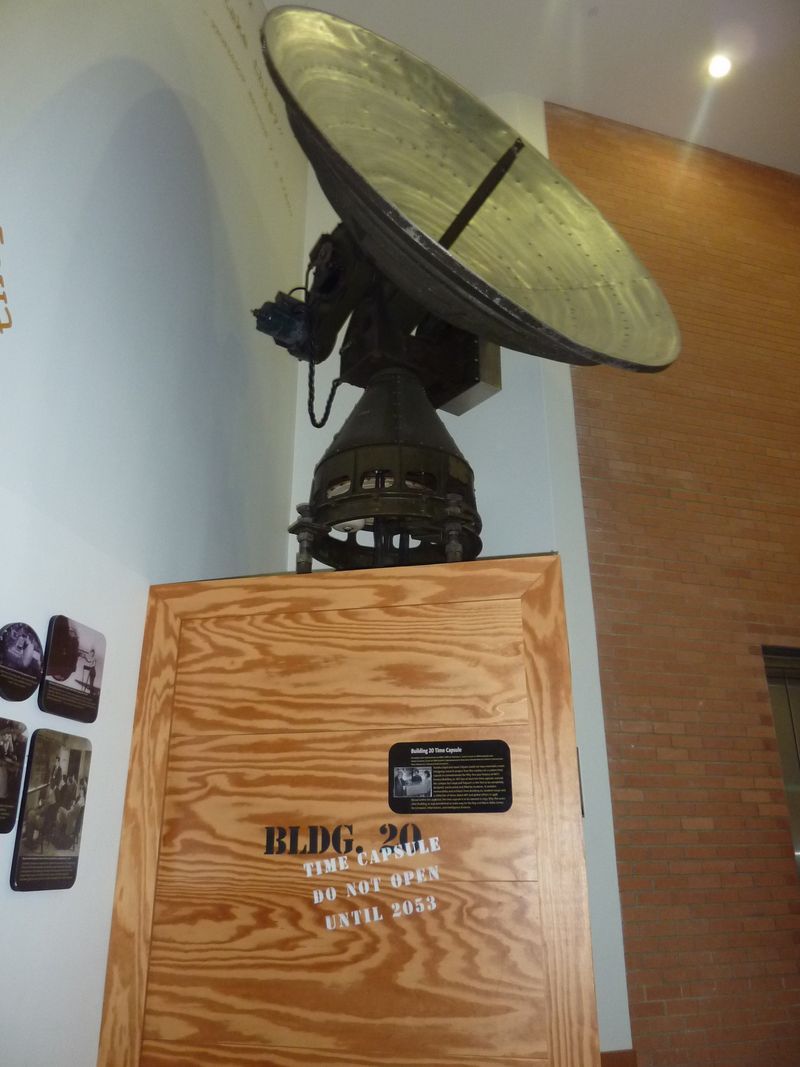 They've also documented some of the MIT students' more famous pranks, like placement of a police cruiser atop the dome back in 1994... 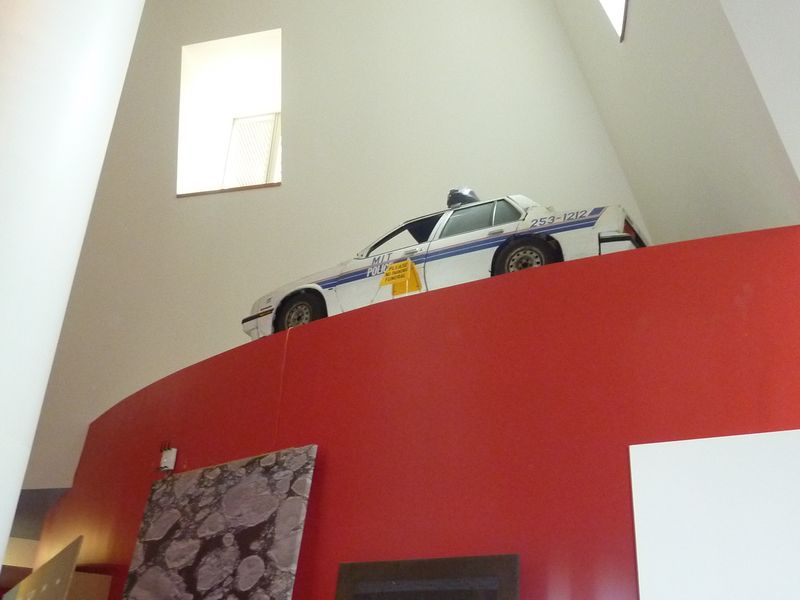 ...and similar treatment for one of the fiberglass cows posted outside of the Hilltop Steakhouse in 1979: 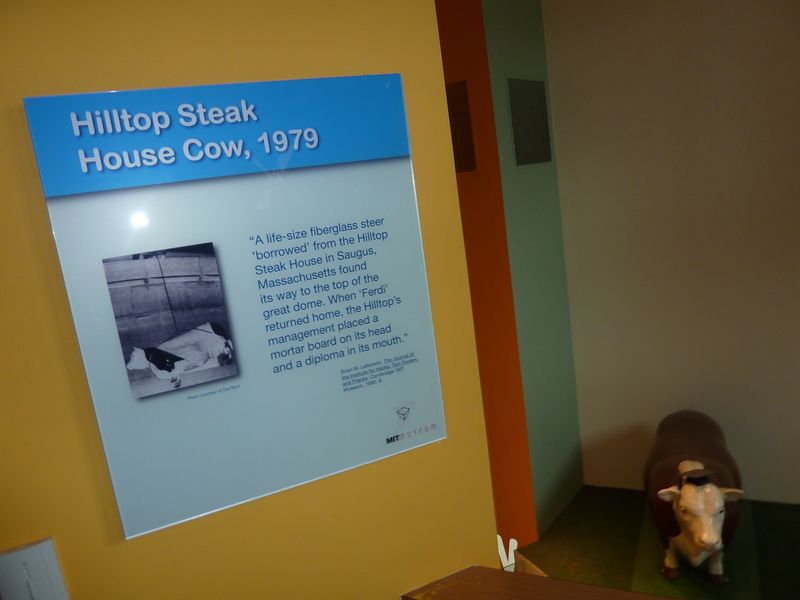 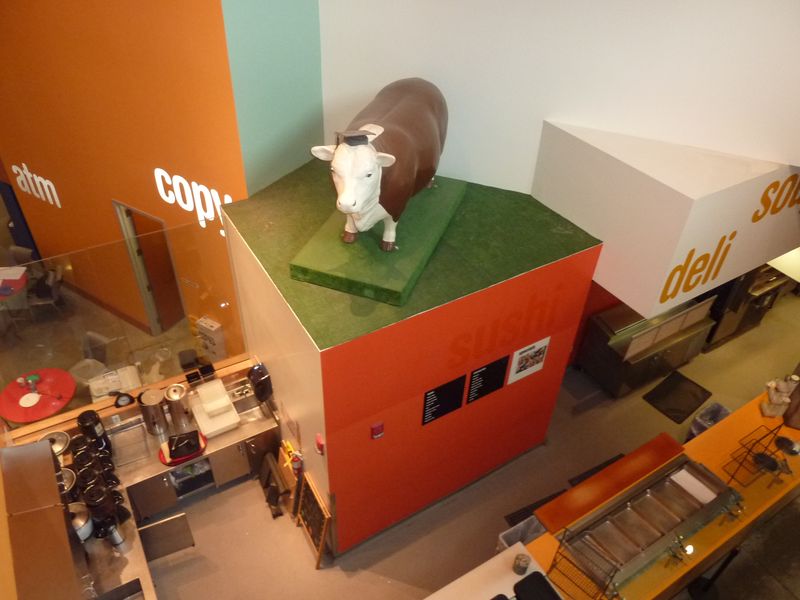 But lest you think it's all fun and games here in the Stata Center...a whole lot of serious work gets done in state of the art class rooms like this: 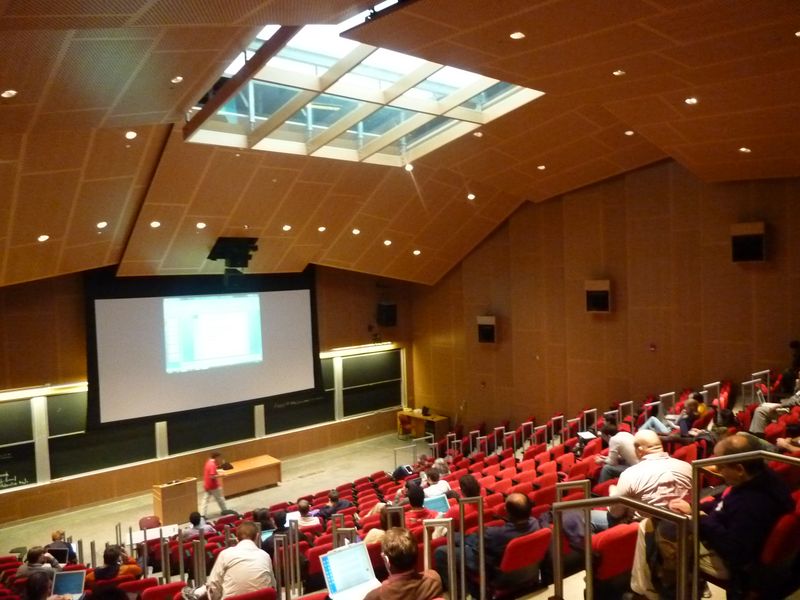