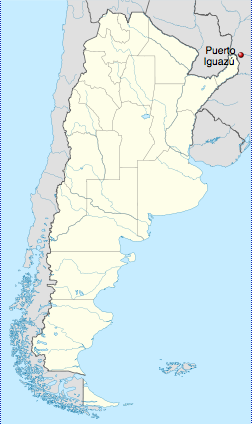 After touring Buenos Aires and Patagonia, it was time to turn our attention north, to the hot, humid jungle area of Puerto Iguazu, a frontier city that borders Brazil and Paraguay.

We'd debated whether it made sense to make the trip up there given our already-full schedule, but in the end, the lure of the famous Iguazu Falls was too great to ignore. So we booked a flight and made arrangements to stay at The Secret Garden Iguazu Bed & Breakfast, which had gotten rave reviews on TripAdvisor. It did not disappoint.

The Secret Garden is owned and operated by John Fernandes, a commercial photographer who spent the bulk of his career in Buenos Aires. Four years ago, he moved to Iguazu to open his own gallery and settled in as the innkeeper of this 3-unit bed and breakfast. He's done a marvelous job of fusing his two interests - photography and conservation of the area's natural resources.

You enter the property through a whimsical gate adorned with toucans, which are native to the area (more on that later). Inside the gate is John's gallery, which he has created as a resource for area residents to both appreciate art and learn about photography. He teaches classes in documentary photography to the local children using his own equipment, as well as cameras donated from corporations he's worked with over the years. 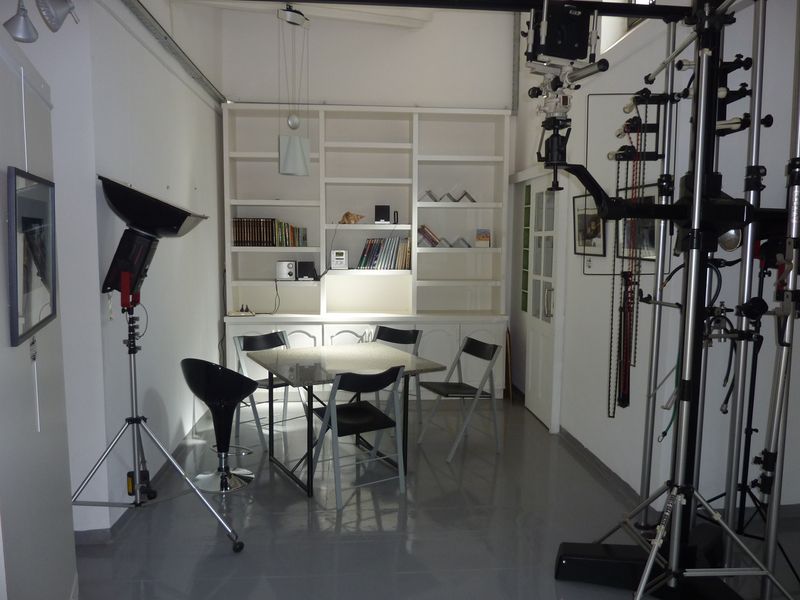 It's really a lovely space, with a great mission. 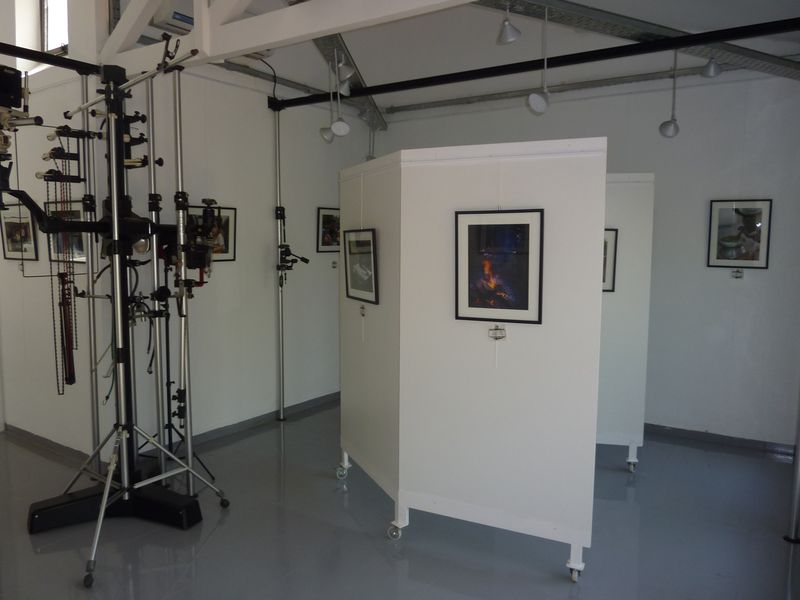 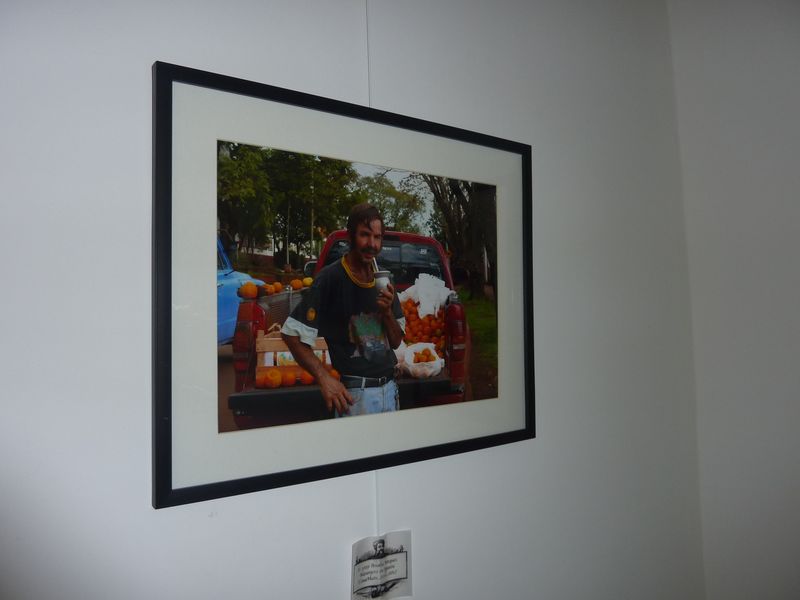 Behind John's home and gallery he has created a lush garden (hence, the name "Secret Garden") complete with tree ferns and other plants salvaged from logging activities that threaten the nearby rain-forest. Here, he has a fabulous deck where guests enjoy breakfasts of fresh papaya, toast, marmalade, and dulce de leche, as well as cocktails and hors d'ouvres every night at 7pm (Caipirinhas are his specialty! He uses the same brand of rum that Hemingway drank). We had the best time at these cocktail hours...talking with John and fellow guests (a couple from Michigan) about travel, books, culture, and all sorts of things. 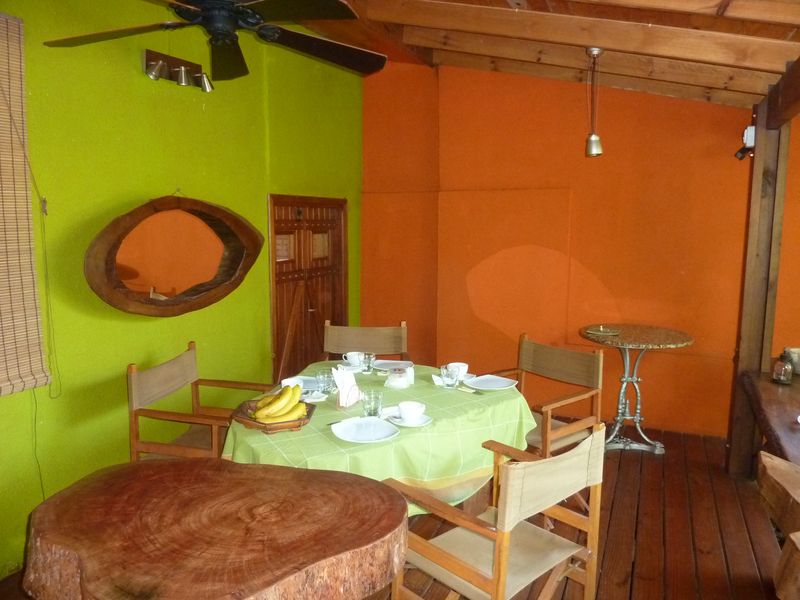 And let's not forget Roxy, John's sassy little Jack Russell terrier who joined us each day: 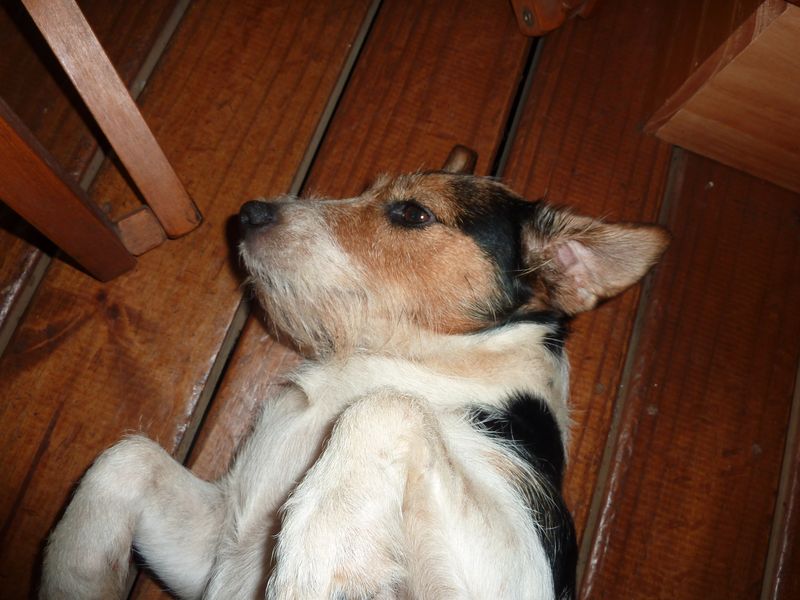 The guest cottages sit behind the garden; here's ours: 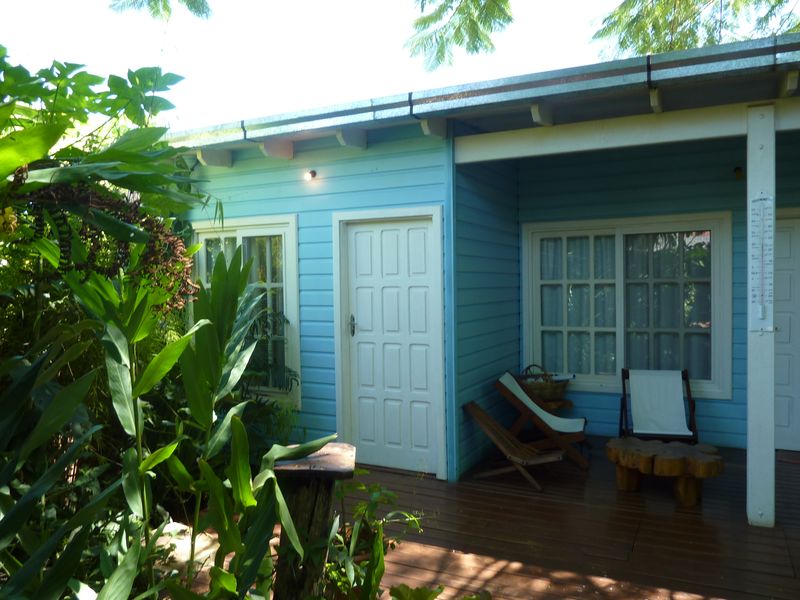 It was really conveniently located, just a short walk from town, and right near a bus stop to head over to the falls (although John has a driver available for hire as well).

The city itself is rather small, despite its 70K headcount.  Mostly red, dirt roads, dotted with homes, supermercados and restaurants, plus the occasional roadside roast: 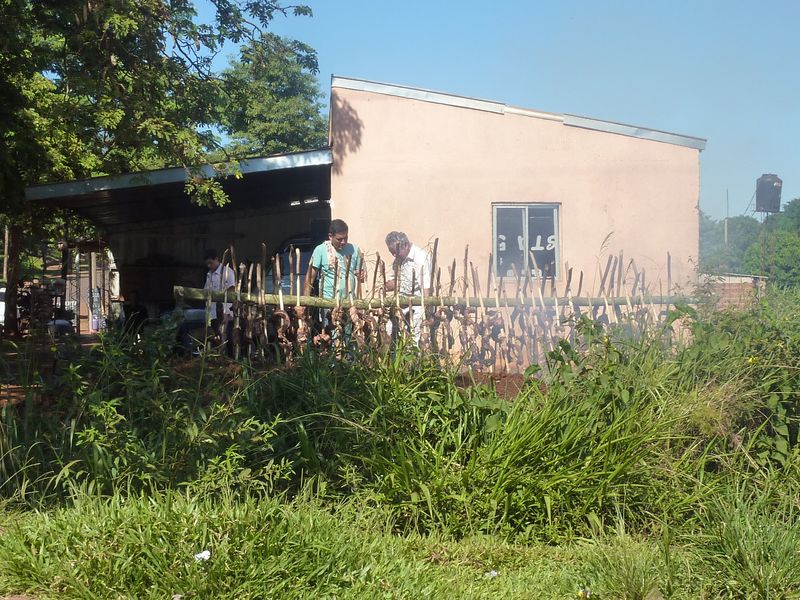 John took us on a quick tour, including where the Iguazu and Parana rivers meet at the shared border between Argentina, Brazil, and Paraguay. The abandoned frame of a large convention center sits on the edge on the Brazilian side (look straight out beyond the dock in this photo), flooded and destroyed when the river rose just months before its grand opening. 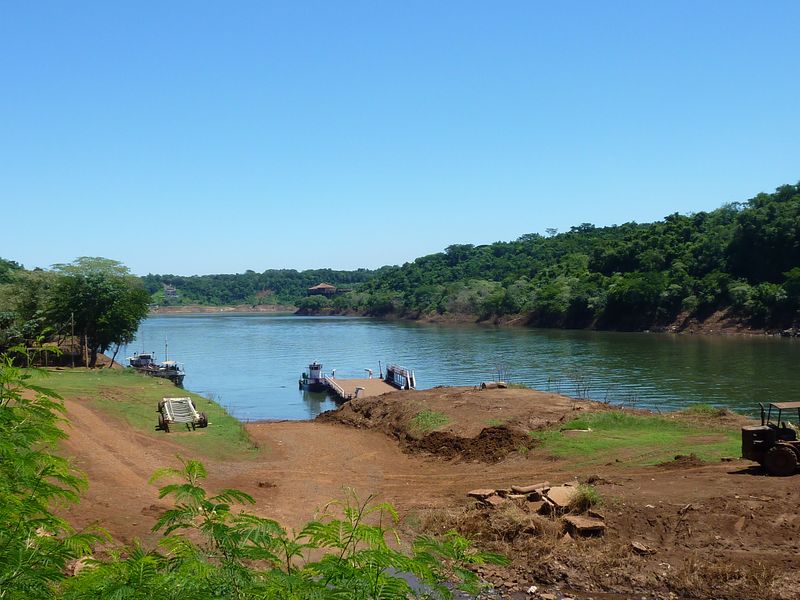 There is also a casino, which we made it to one night (interestingly, you can only gamble with US Dollars, due to counterfeit problems with the Argentinian pesos), as well as Aqva Restaurant, where we dined on delicious beef and local fish.

Besides that, we spent all of our time at the falls (which I'll cover in a separate post) or lounging at The Secret Garden. John was a fantastic host, and left us with this parting gift: 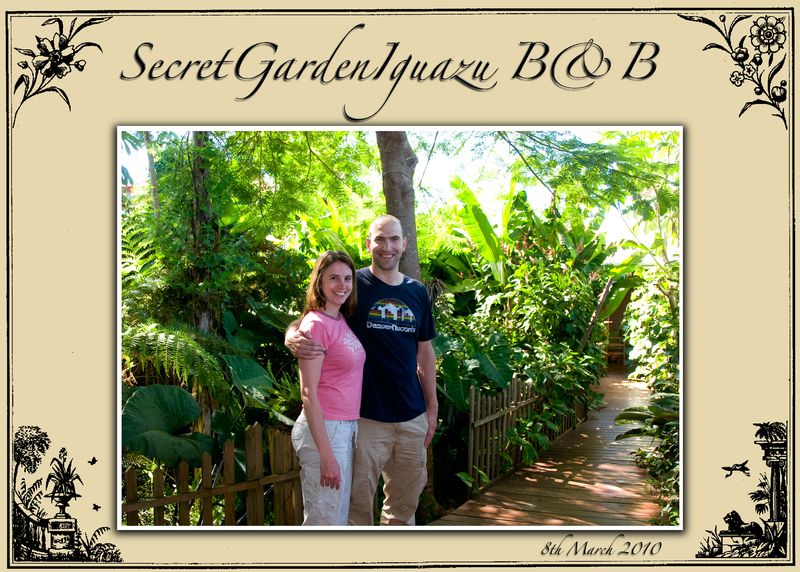