San Telmo is the oldest barrio in Buenos Aires, and is known for its Sunday antiques market in the Plaza Dorrego, featuring all kinds of jewelry, glassware, leather goods, trinkets, art and tango dancers. It is really quite amazing - about four city blocks of outdoor stalls, plus a few big warehouses and numerous storefronts full of larger and/or more valuable items (furniture, jewelry). And tons of people...a pick pocket's dream.

We'd been warned of the pick pocketing threat here (and in BA in general) and took proper precautions, but didn't realize the magnitude of the problem until this day. At one stall I stood by a man who was lamenting that his backpack had just been pilfered and he lost his wallet and passport (note: never wear the pack on your back! It's too easy for the ill-spirited to quietly unzip it and remove your belongings without your knowledge).

Moments later, we were alarmed to witness a melee between one woman wielding a butcher knife and another slapping a large chain on the ground. All the while screaming at each other in Spanish. We learned afterward that this is a common ploy to distract tourists: while their attention is focused on the mayhem, the pickpockets quietly lift their valuables. Crazy!

Despite his best efforts, TJ was not able to snap a pic of the knife-wielding crazy lady, so these more tranquil shots will have to suffice... 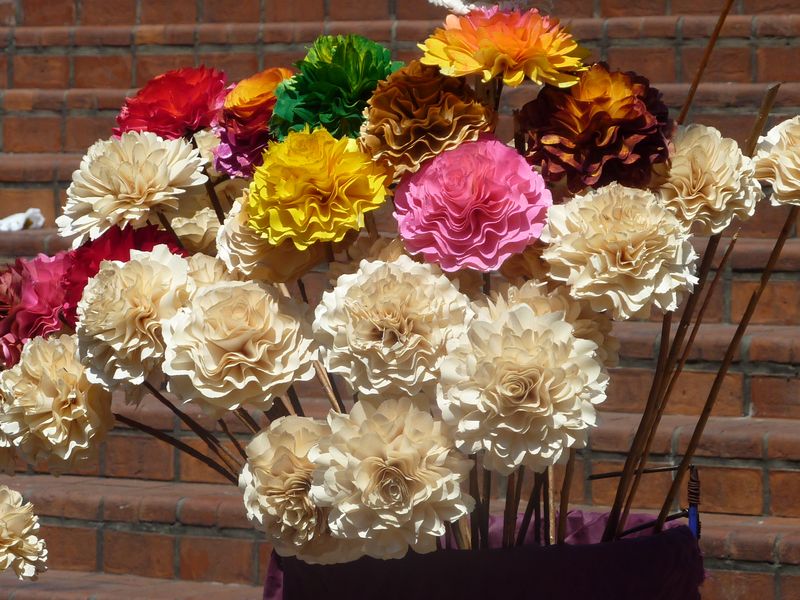 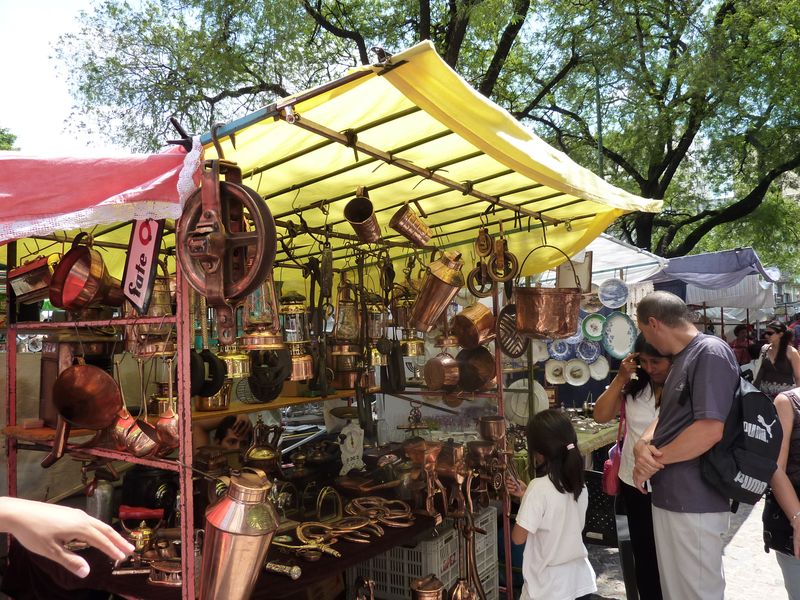 We brought home one of these great old bottles: 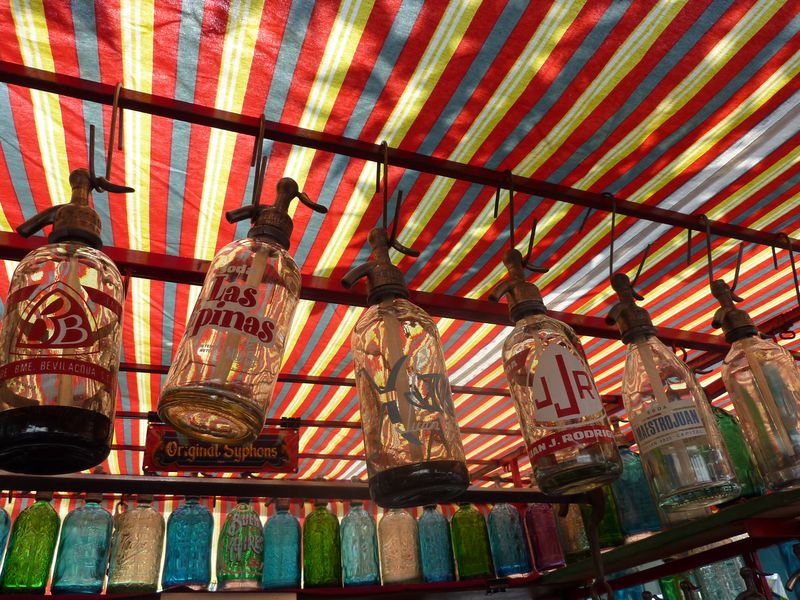 And I picked up these old coins/medallions at different stalls, and subsequently put them on a long chain: 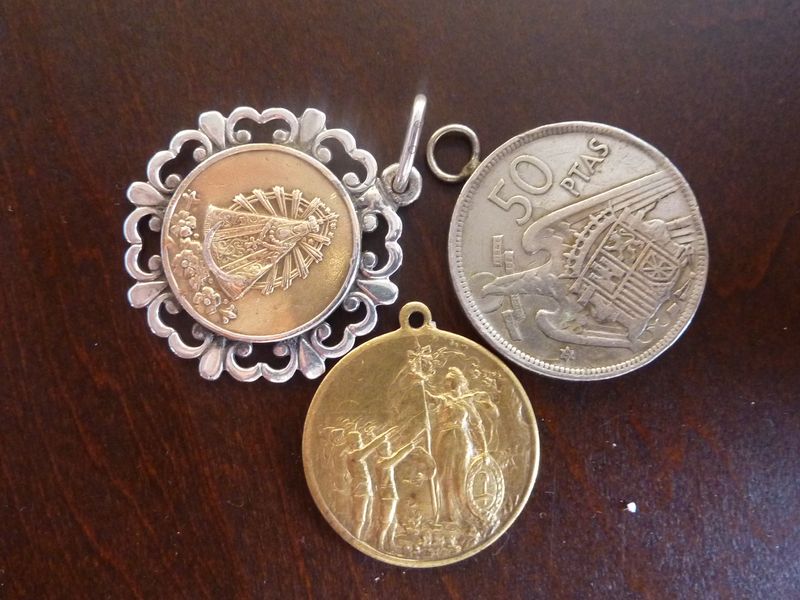 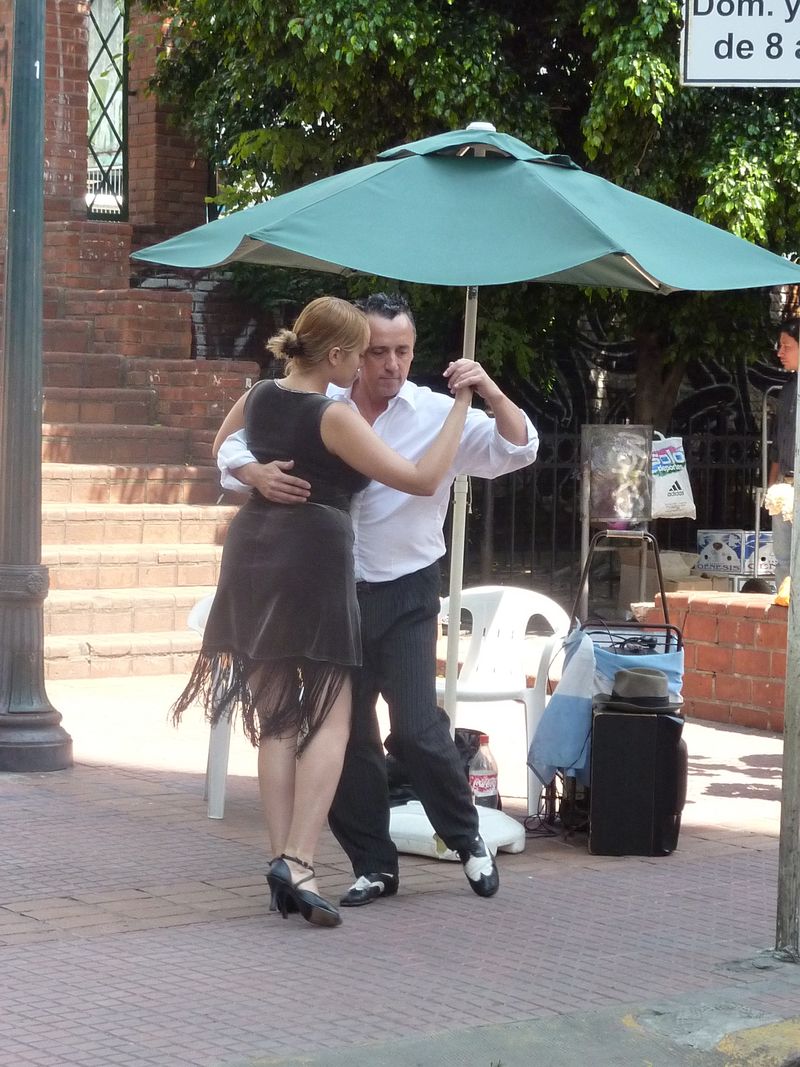 Stopped in at La Resistencia (a bar with an interesting history) for a cold beer and papas fritas (french fries, for the uninitiated). 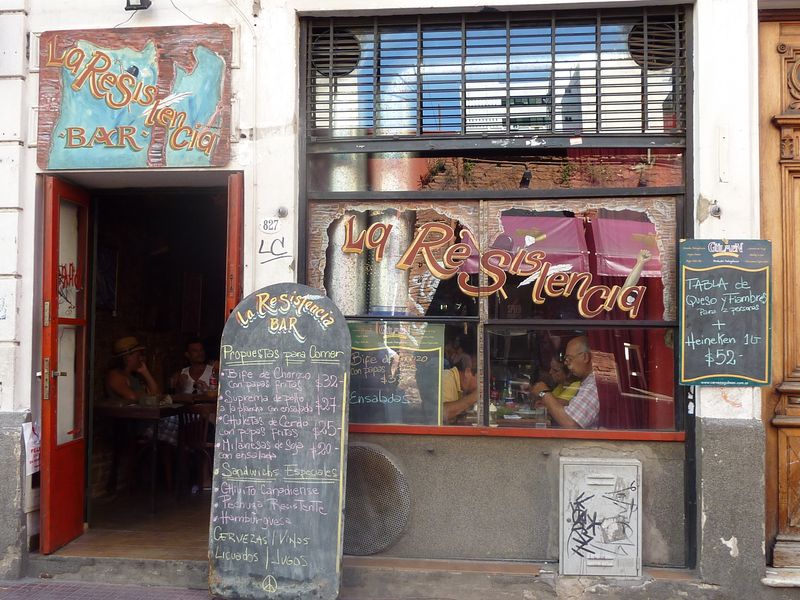 After spending the morning here, we headed over to the colorful La Boca neighborhood, which I'll feature in tomorrow's post.