While Palermo is edgy, the Recoleta barrio in Buenos Aires is refined: its wide boulevards are lined with affluent residences, upscale shopping and luxury hotels. This is where many of the government buildings are located, and the architecture resembles old world buildings in Paris.

We happened upon a very cool craft market along Avenida del Libertador, full of jewelry, knits, leather goods, paintings, and the famous mate gourds out of which the Argentinians drink their Yerba Mate tea. It's the national drink here, and you see people carrying their gourds, along with thermoses of hot water to refresh the leaves, all over the country. We picked up a cup here (plus another one in Iguazu) to bring the tradition home: 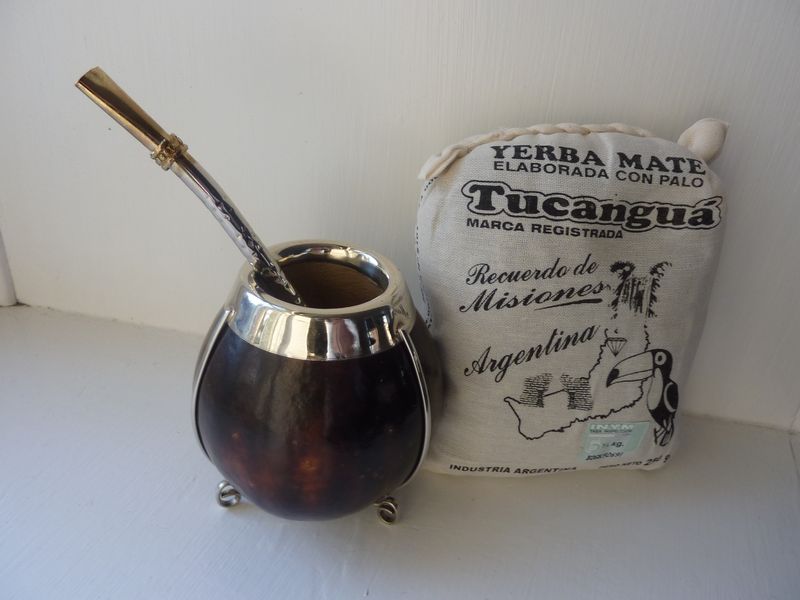 The most famous site in the area is La Recoleta Cemetery, which includes the graves of the most influential/famous Argentinians in history, including Eva Peron ("Evita"). The cemetery is like a walled city - you enter through elaborate, neo-classical gates, and the interior is laid out like city blocks lined with mausoleums. You can look into them and see the coffins, urns, and flowers from recently visiting family members. Lots of marble and statues...it's wild. 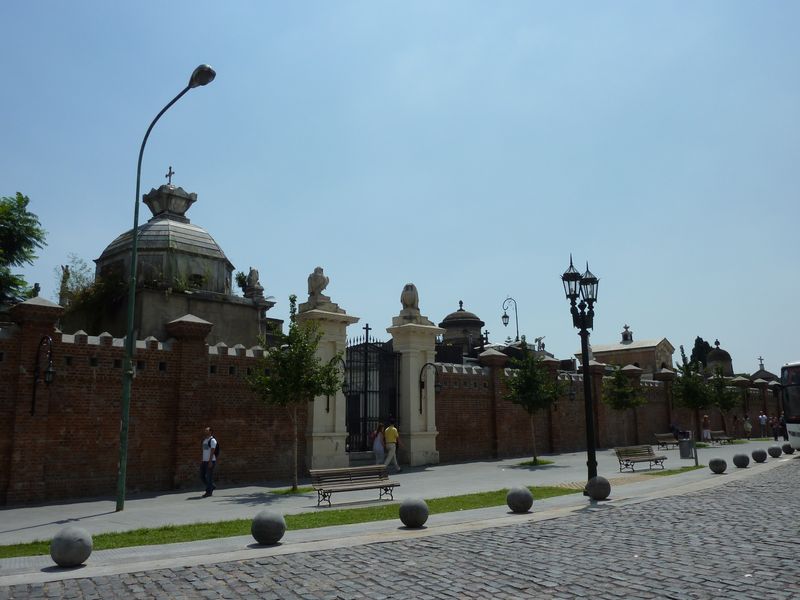 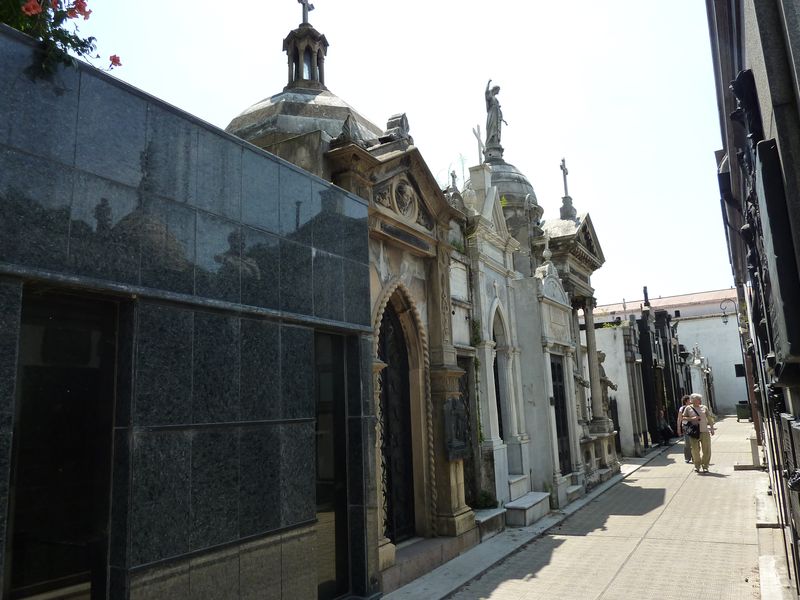 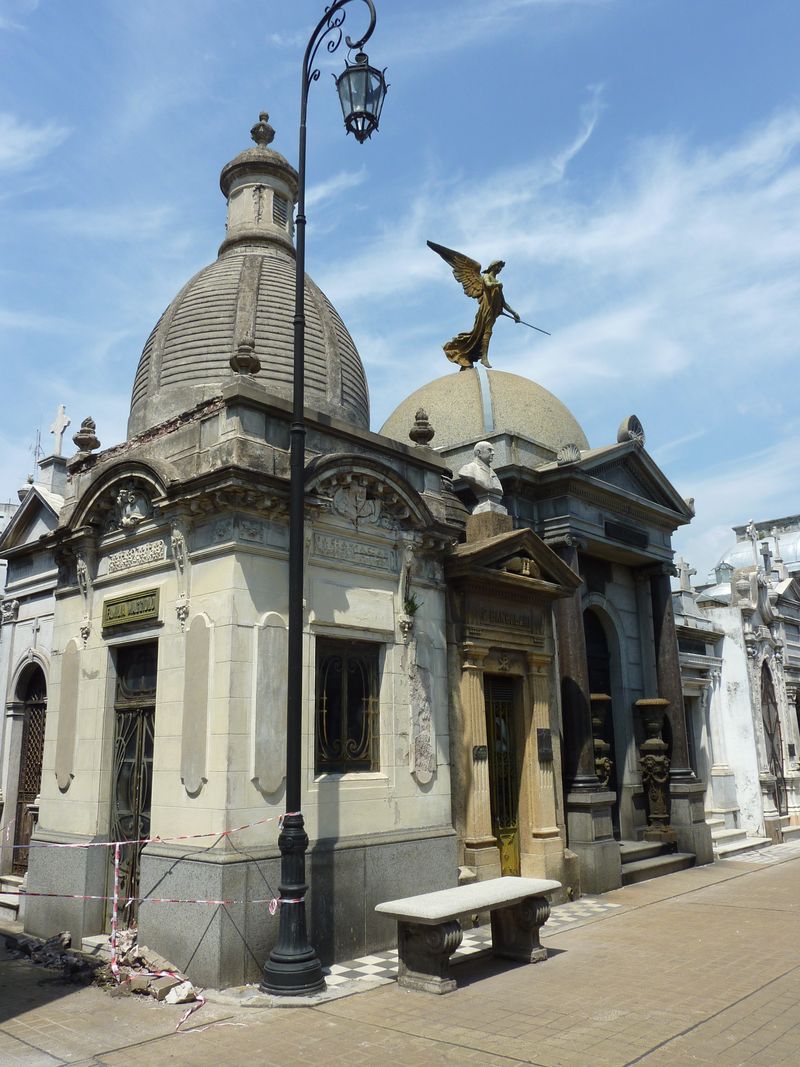 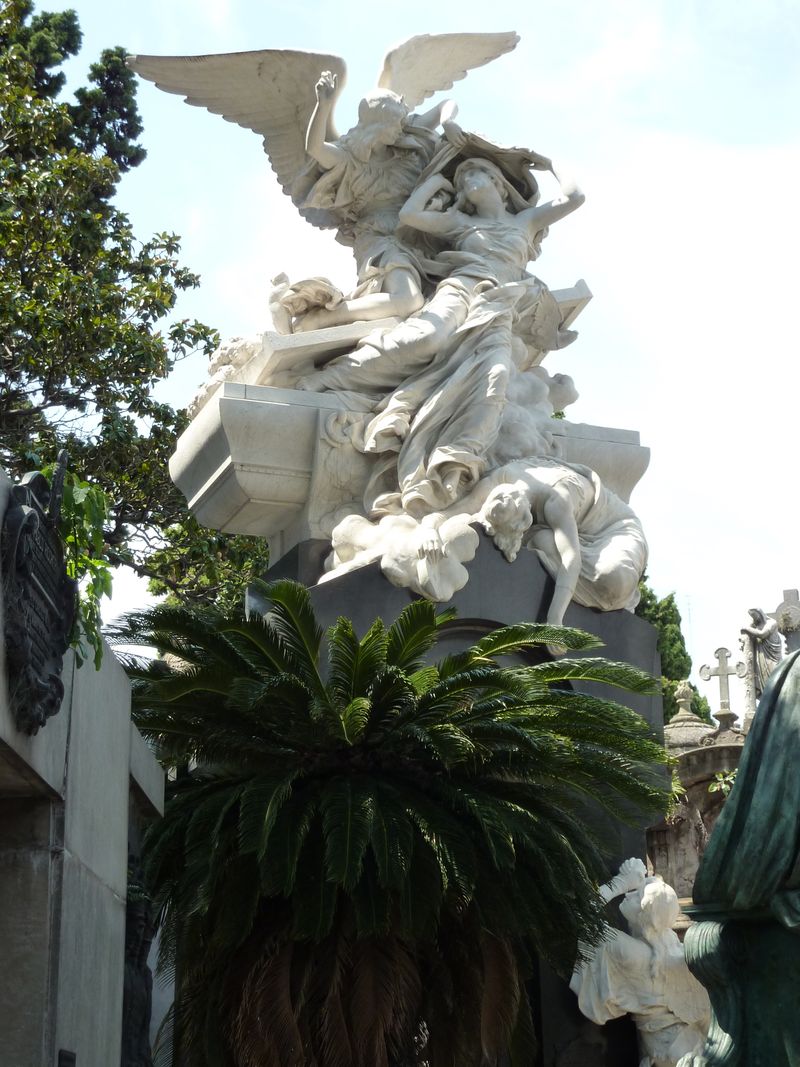 Walking around the rest of the barrio, we were delighted to see a parrot nesting in the trees near Mitre Plaza: 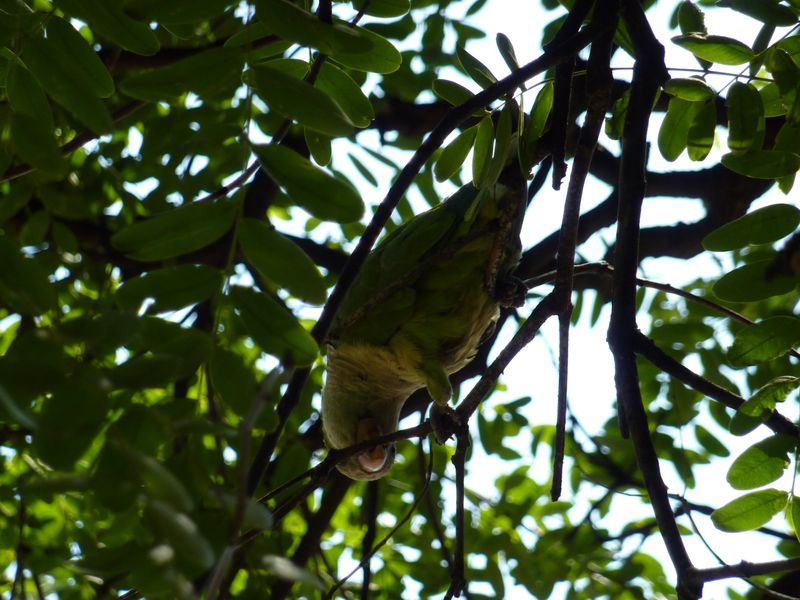 A palace [who's name escapes me...] Update: I was just informed that below is El Palacio de Las Aguas ("The Water Palace"), which is now a museum. Note that it has a rather interesting history, and it is built with over 300,000 multicolored faience bricks made by Royal Doulton and shipped from Britain! Amazing. 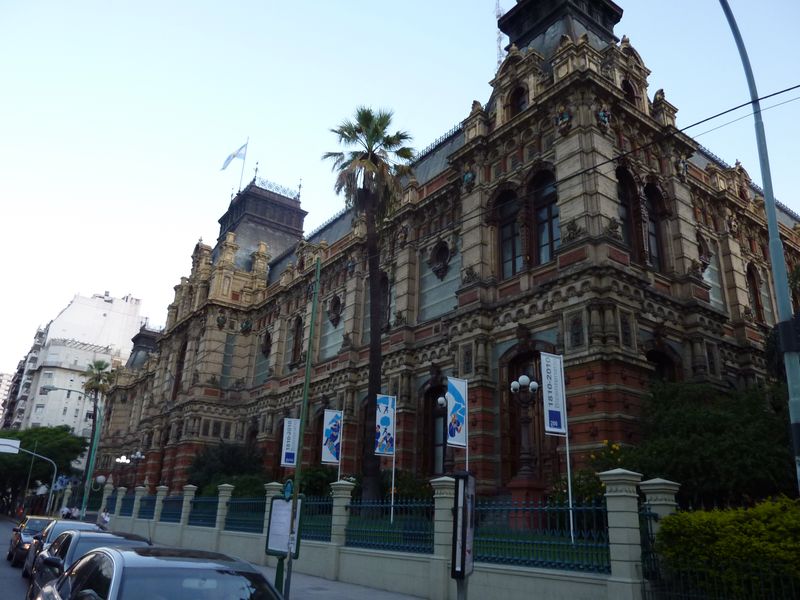 El Obelisk built in 1936 to commemorate the 400th anniversary of the city's first founding: 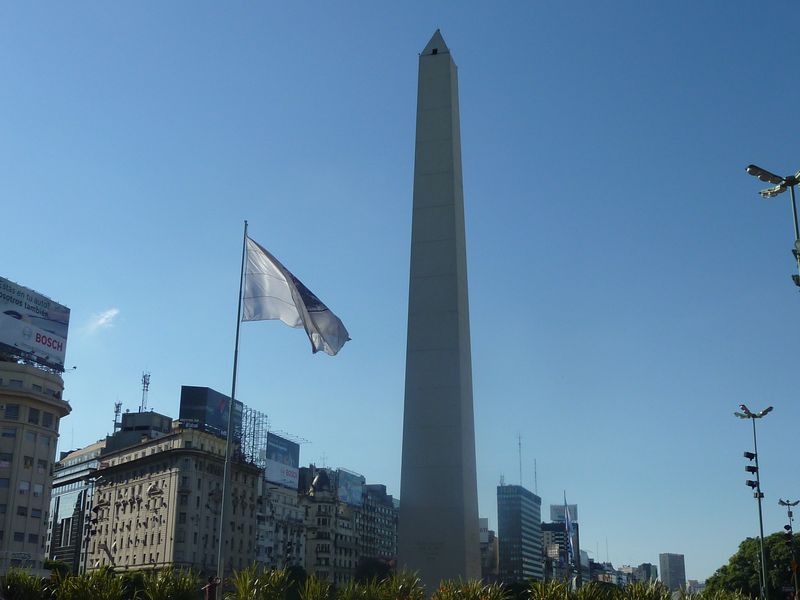 We stopped for coffee and dulce de leche panqueque (caramel crepes...these guys serve caramel with everything - even on the plane! I ate tons of it) at El Ateneo Grand Splendid bookshop, originally opened as a theater named Teatro Gran Splendid in May 1919. It is beautiful, with the original theater design still in tact, but the balconies are now lined with books and the stage is a cafe. Great place to rest your weary feet! 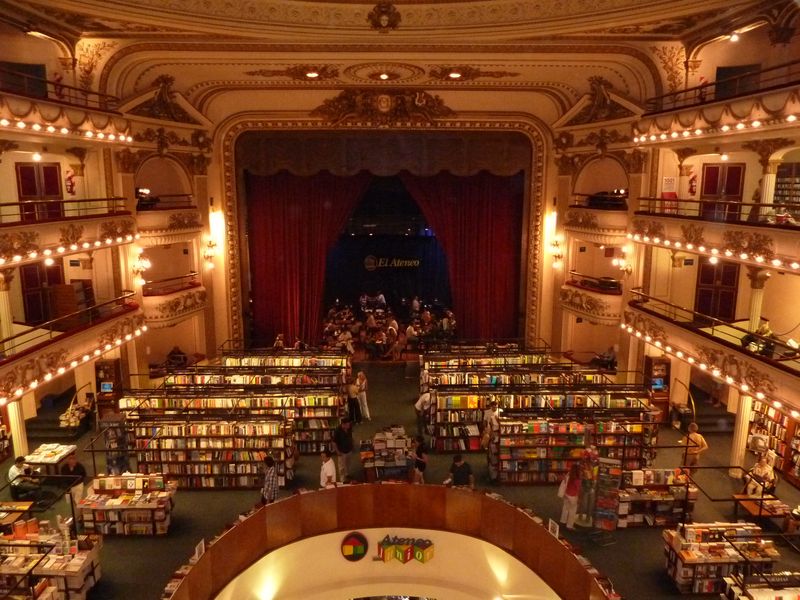 On our last night in Buenos Aires, after returning from Chubut and Ushuaia (which I'll feature in future posts), we also hit this spot in Recoleta: El Cuartito. On that night, we were so exhausted from walking, and so full of heavy, steak meals, that we opted for a casual bite at this famous pizzeria. Like Pizzeria Regina in Boston's North End, this place had a long line of people waiting to get in. The inside was decorated with famous boxing match posters (think Tyson at Caesar's Palace, Merryweather at the MGM Grand), as well as Argentinian cinema and futbol favorites. The pizza was good...heavier on the cheese than we do, and always with green olives.

Next up: Puerto Madero. Stay tuned.