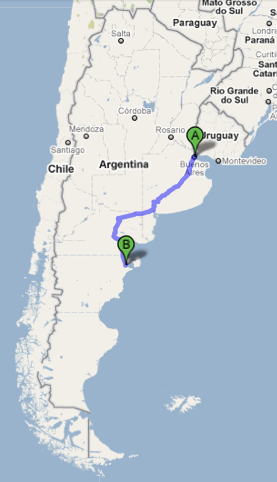 We left Buenos Aires and flew about two hours southeast to the province of Chubut, the northern part of Patagonia.

Arriving at the airport in Trelew, we then drove about 45 minutes north to the city of Puerto Madryn, a wealthy coastal community with lots of beach front homes and restaurants.

We actually shared a car (arranged for by our hotel) with two guys that run an Internet marketing firm in Buenos Aires. Our hotel is a client of theirs, and they were on their way to shoot photos & 360-degree videos for its website. I was interested to learn from them that web marketing is still rather new in Argentina - only around for the past 5 years or so.

We stayed at Hotel Territorio, a beautiful resort + spa on the edge of town, overlooking the ocean. It has a modern decor, mixed with Native South American influence - colorful woven rugs, leather couches, wooden accessories. It looks sort of industrial outside, but inside is quite lovely... 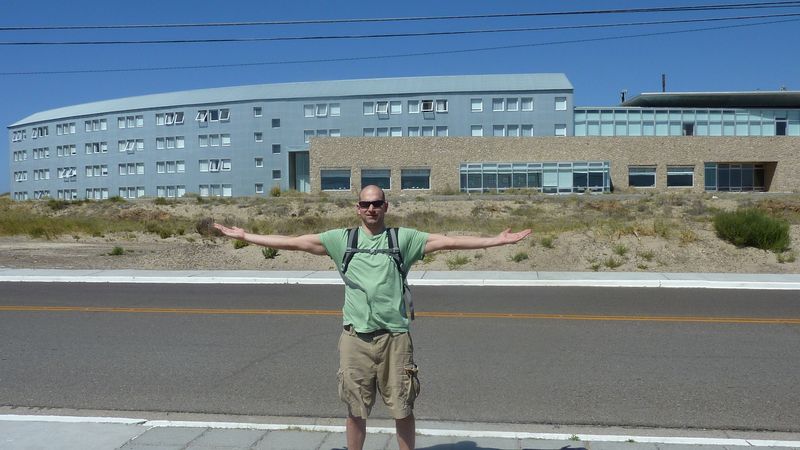 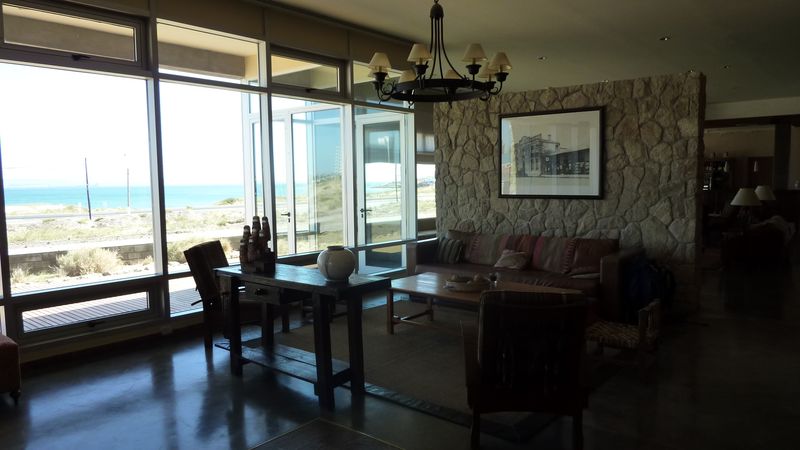 We spent the afternoon walking the beach... 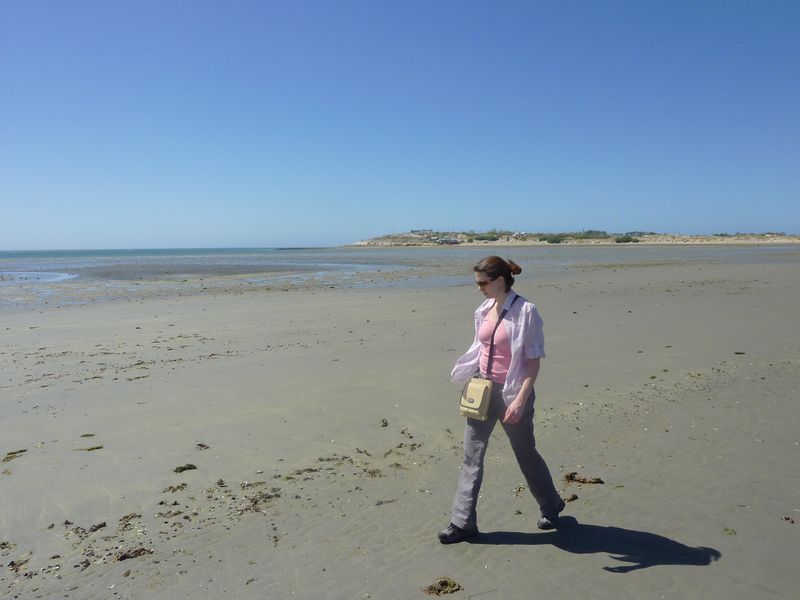 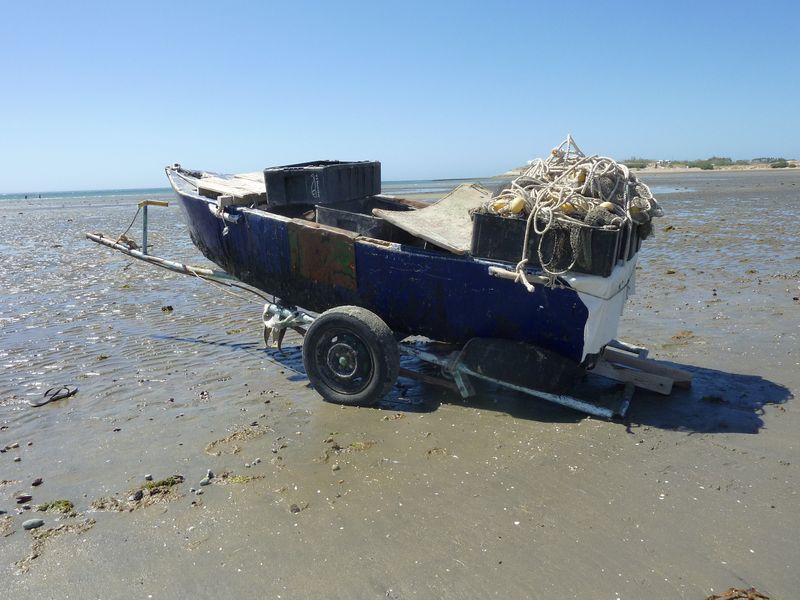 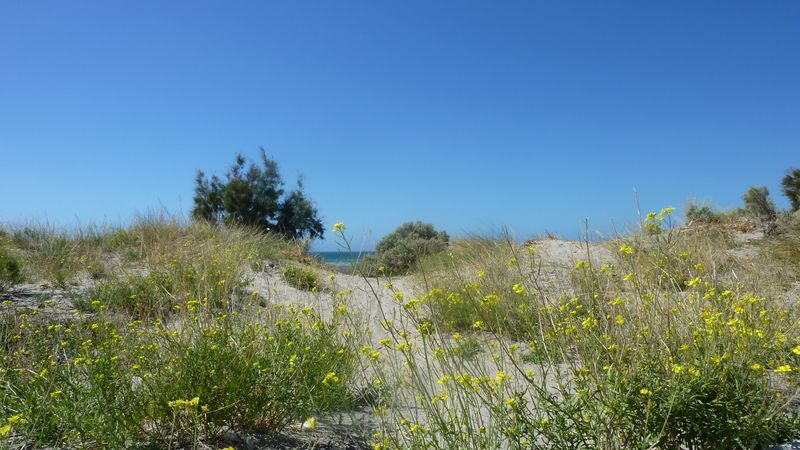 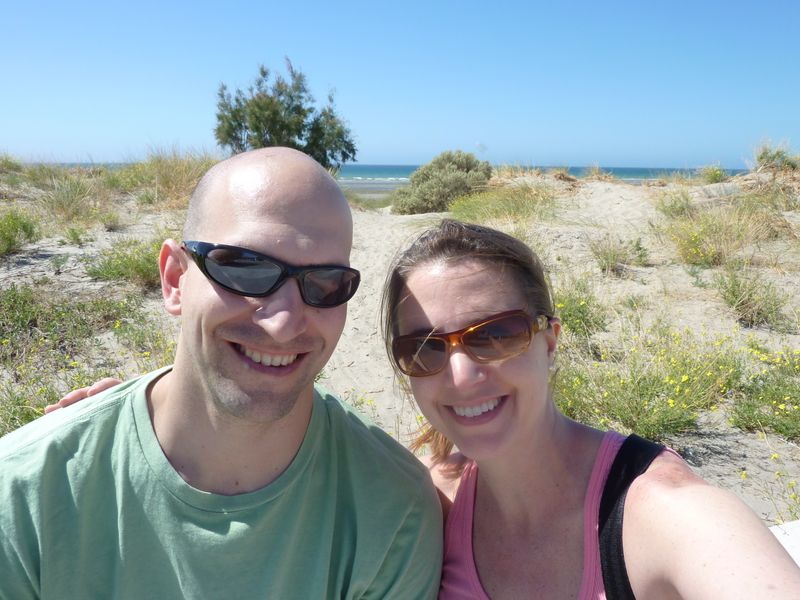 ...and having lunch at a beach front restaurant (pizza and beer, plus a plate of tiny, deep fried, whole fish...which we didn't eat once we realized what we'd ordered!). 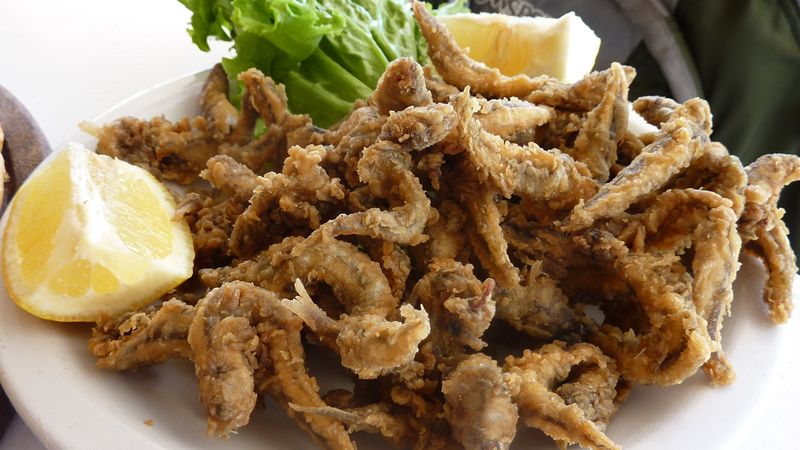 Just like in Buenos Aires, there are dogs running around everywhere here. My favorite was this mangy little terrier mix that was chasing birds on the restaurant patio. Super cute face and personality, but in bad need of some grooming and TLC :( 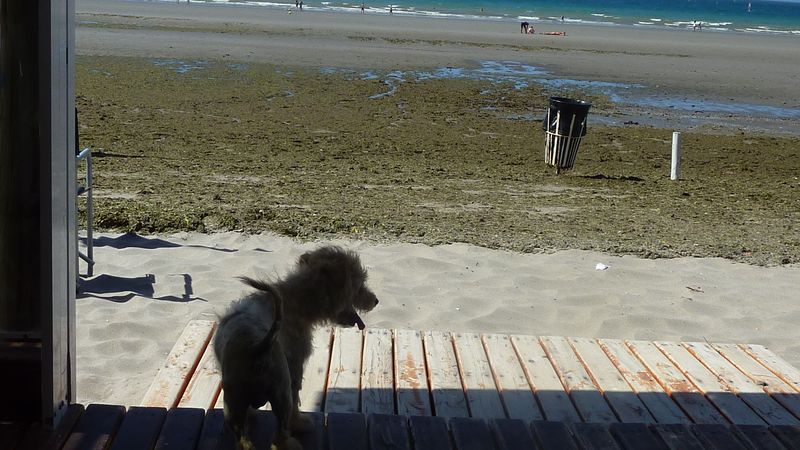 And no lunch [in Argentina] is complete without coffee and dessert, so we stopped in at Havanna, known for its little cakes called alfajores (you may recall me mentioning these once or twice before): 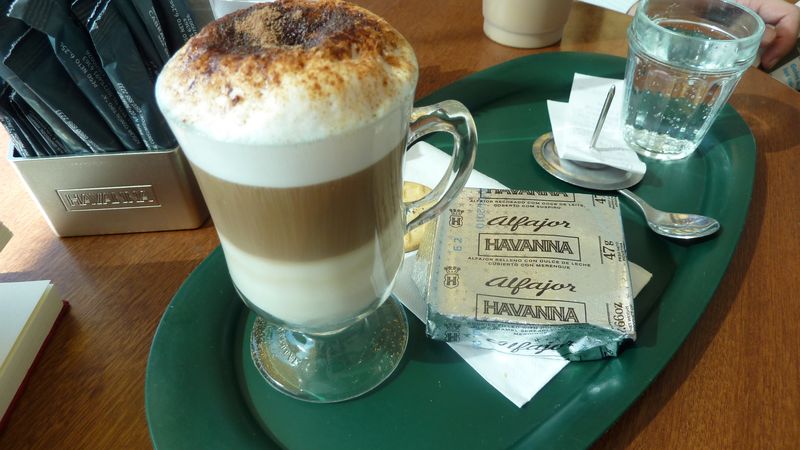 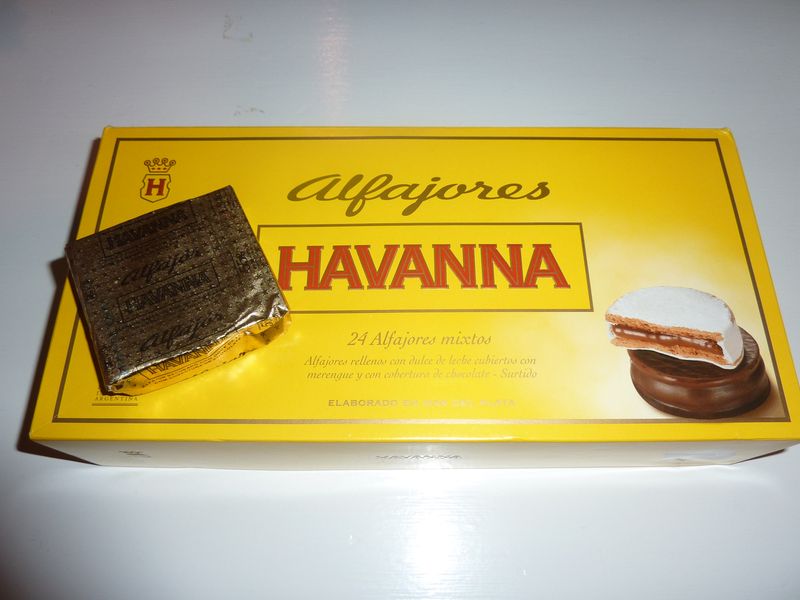 And later that day, returned to El Territorio for an early St. Patrick's Day toast with a cold, green beer. Yes, we certainly ate and drank a lot on this trip. 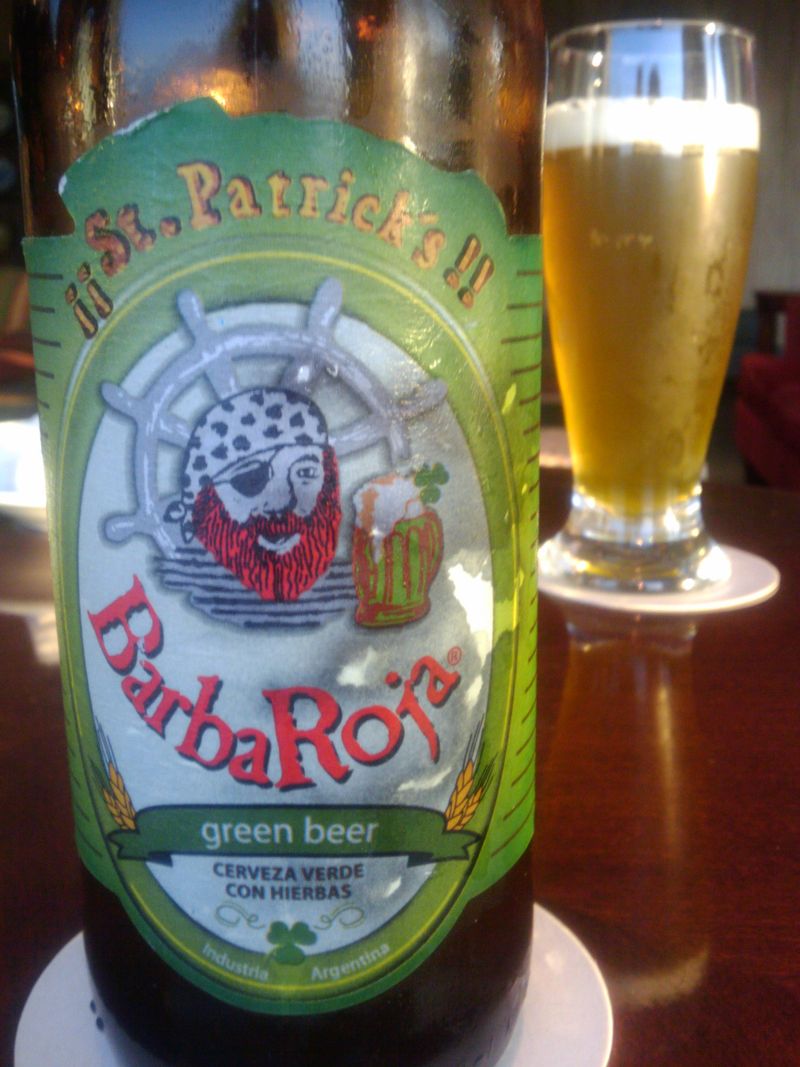 Which leads me to dinner at the hotel, which may hold the title of best all-around meal of the trip (by gastronomic standards). In addition to the nice wine cellar, they offered fantastic cuisine. We started with a delicious salad of lettuce, carrots, cukes, tomatoes, corn, and hearts of palm. They were the best, sweetest cherry tomatoes I've ever had. Main courses were the famous Patagonian lamb (me) and beef tenderloin (TJ) with grilled vegetables. Followed by custard framboise. So good! 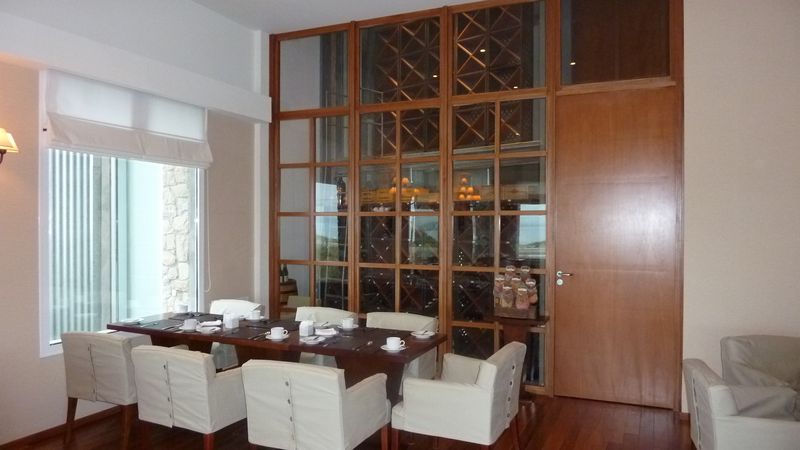 So our first day in Puerto Madryn was sort of slow and lazy (much needed after all the running around we did in Buenos Aires!). But day two brings an adventure...to penguin country! Stay tuned.

Truth be told, it didn't taste very "green" :) It was tasty, but similar to any other good, light beer. Thanks for stopping by!

Haven't tried green beer before. Is it any good? I'm kind of imagining tasting a bit of green tea with a hint of bitterness with a slight fizz. is my guess correct? Well anyway, It looks like you've had a lovely time during your getaway. The photos of the dishes just made my mouth water, but the vintage furniture made my mouth water even more.