After our paddling trip down the Larsiparsahk River and across the Beagle Channel, we took a short boat ride to the Isla Martillo to see another penguin rookery. They were all on the beach, waiting to greet us: 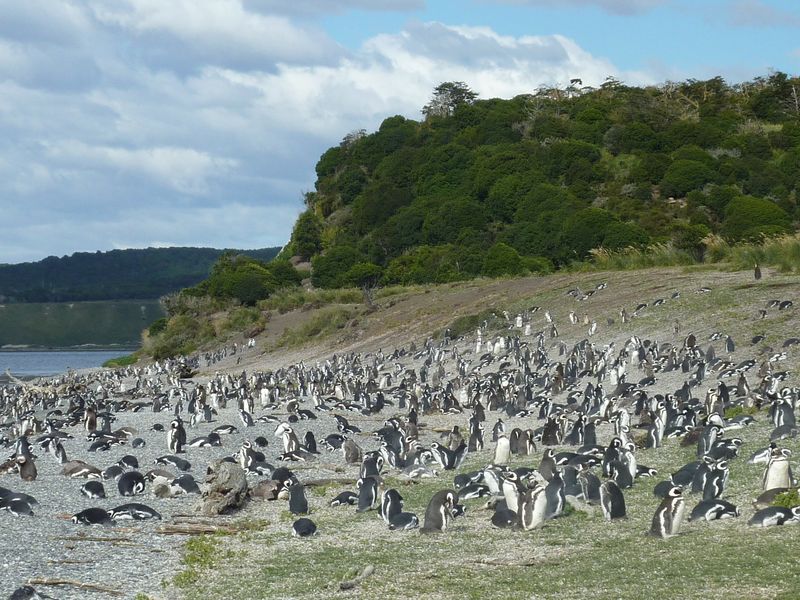 This little fellow in particular, who was fascinated by the boat (most of the rest kept their distance from it):

As in Punta Tombo, these were primarily Magellenic penguins who'd arrived at the beach earlier this summer to lay and hatch their eggs. The hatchlings are now teenagers in various stages of molting, but there were a few younger ones here with the fuzzy feathers. As the season is coming to a close, they'll soon migrate back up to the warmer waters of Brazil for the winter.

(Which reminds me of the passage in Bruce Chatwyn's In Patagonia where he recounts his chat with the local ornithologist about the migratory patterns of the Jackass penguin and "whether or not we, too, have journeys mapped out in our central nervous systems; it seemed the only way to account for our insane restlessness.") 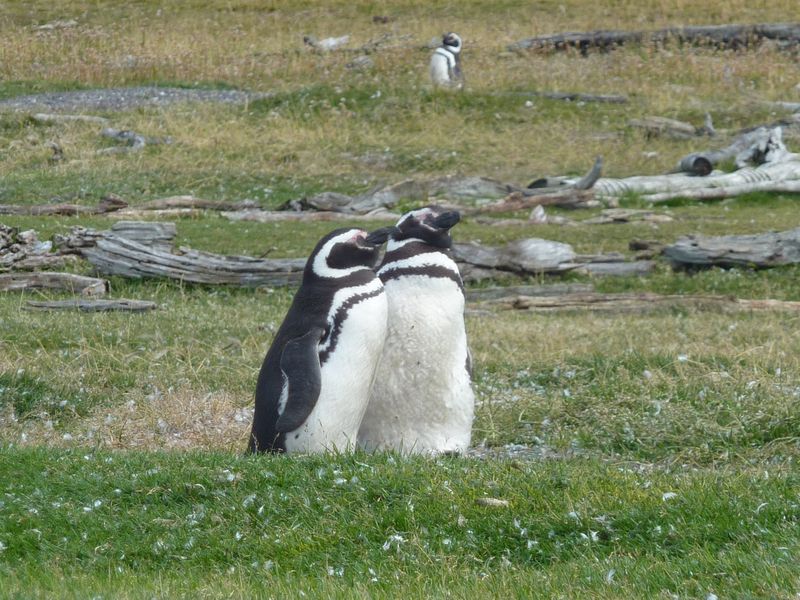 Also on this island is a second species of penguin - the Gentoo. These guys are a bit larger, have orange beaks and feet, and are native to Antarctica. This in fact the only place in Argentina you can see them. The penguins are hilarious and we stayed for a bit to watch them waddle, swim, and honk. 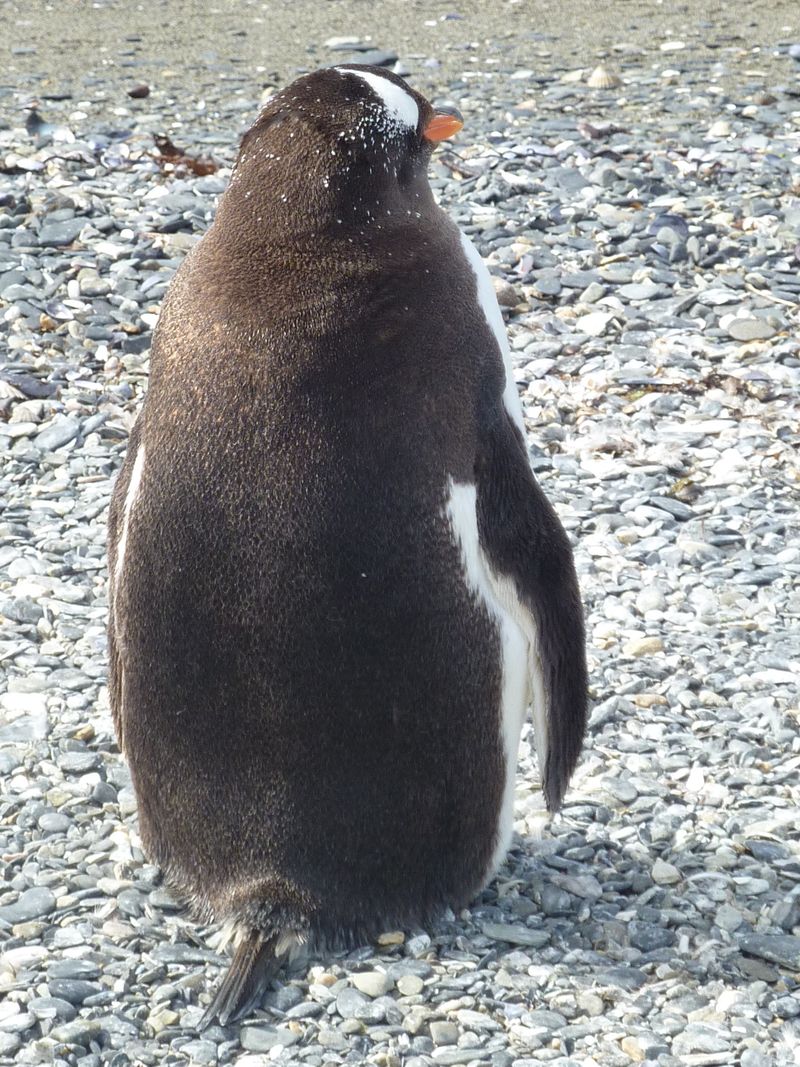 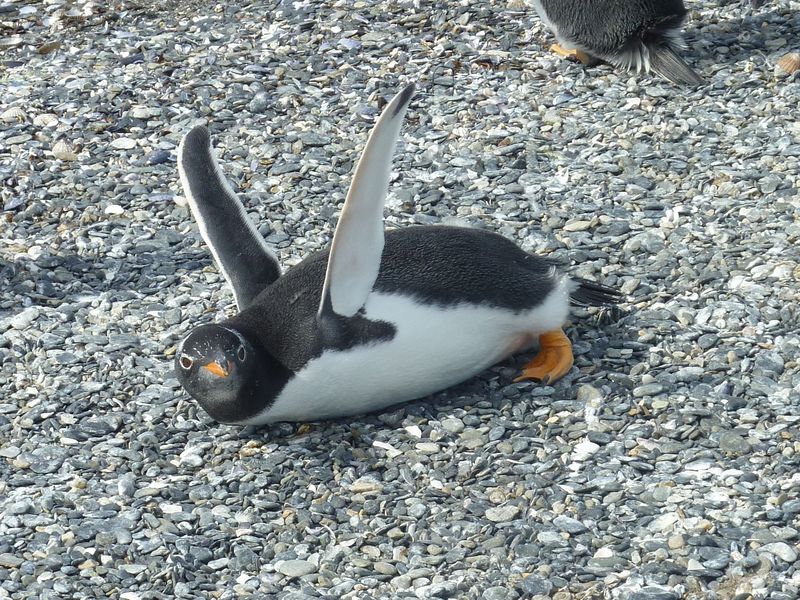 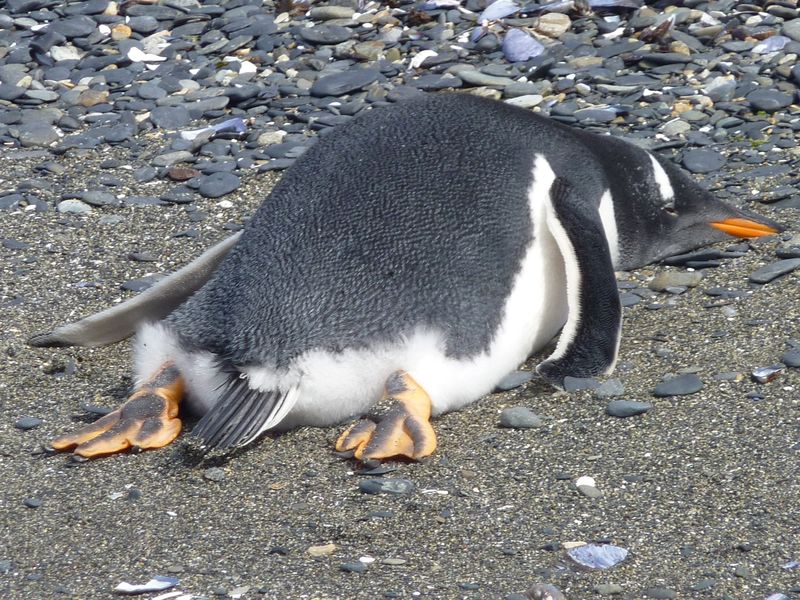 Next up: lunch at Gable Island. To be continued...