Once we left the coast of Punta Tombo and moved inland to the valley along the Chubut River, the landscape changed from arid dirt and scrub to green fields and trees. 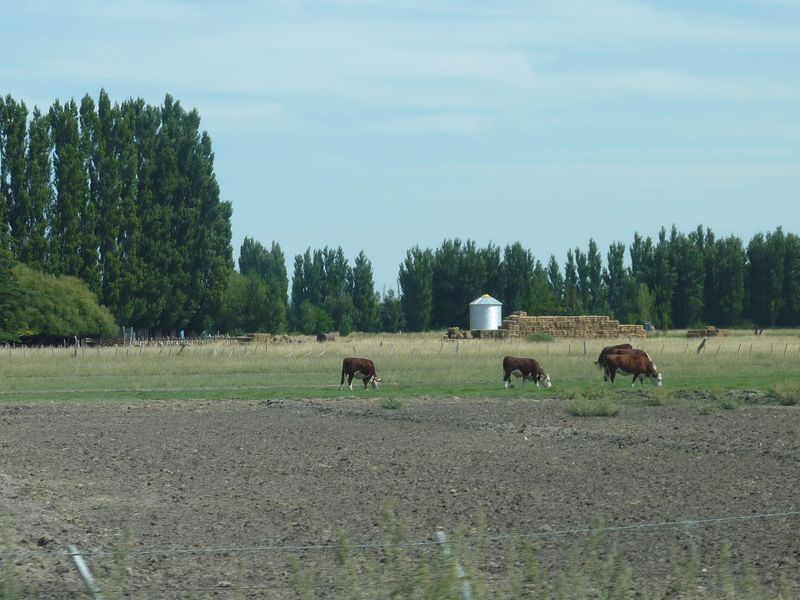 We soon arrived at the Welsh village of Gaiman a five thousand person community just outside of Trelew that was settled in the 1860s. The founders had fled their homeland in order to escape English colonization. To this day, the community clings to its Welsh heritage and language.

The houses are built in the typical, austere Welsh style... 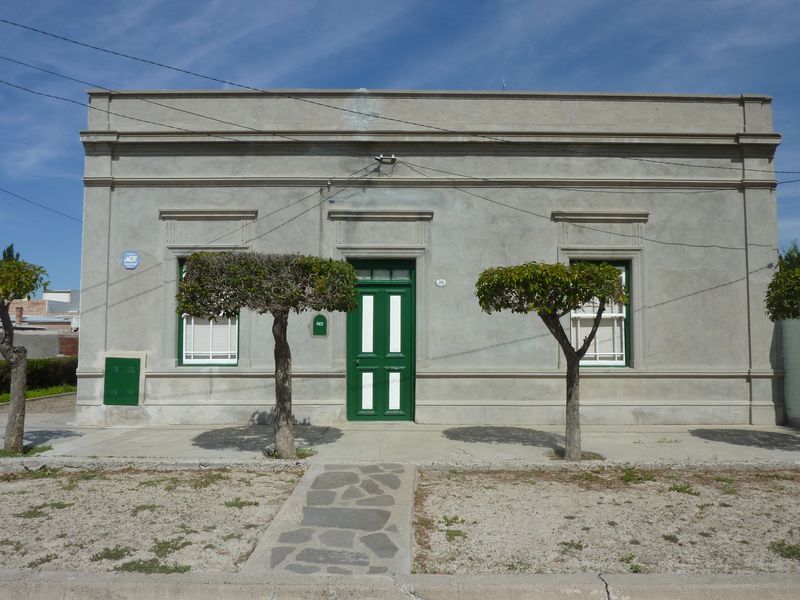 ...and the town is full of traditional tea houses. We stopped in at the original, Ty Gwyn Casa de Te, still operated by the same, original Welsh family. 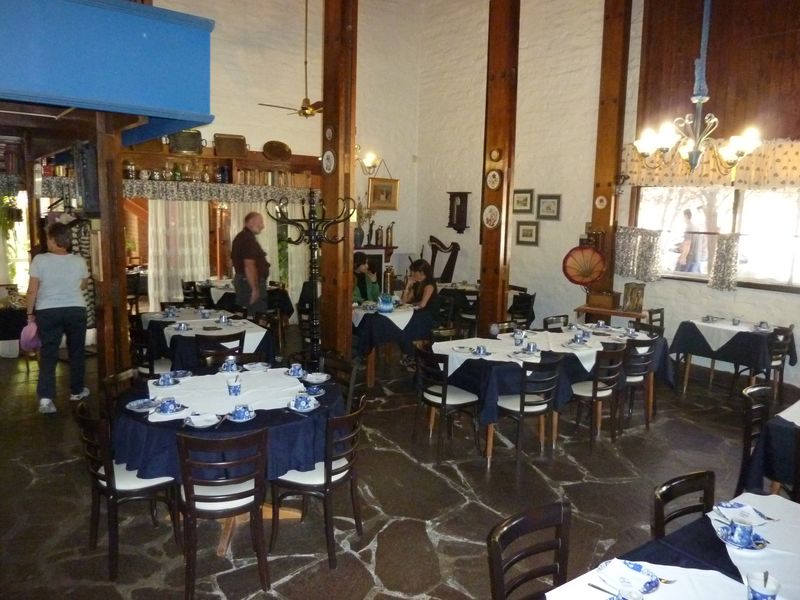 Tea is served in blue china cups, along with plates of cakes and scones. 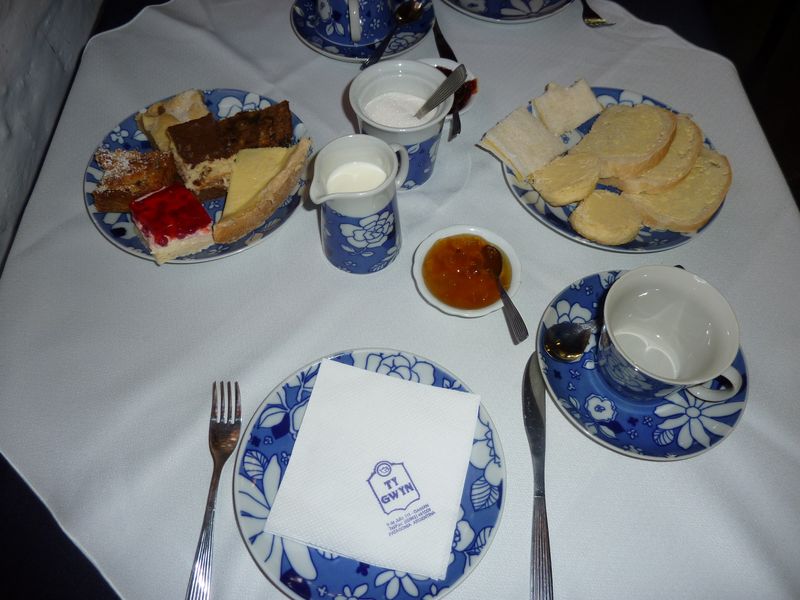 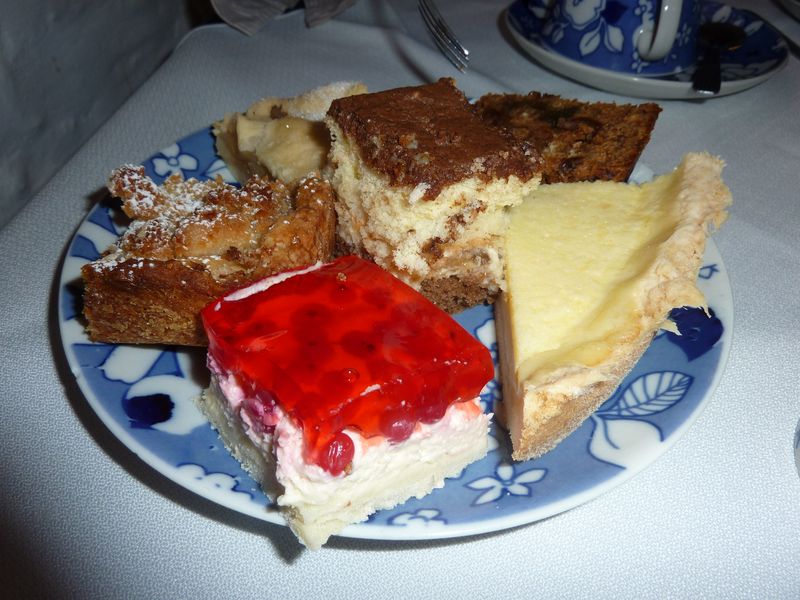 Teapots are covered in brightly knit tea cozies, like Grandma would have made: 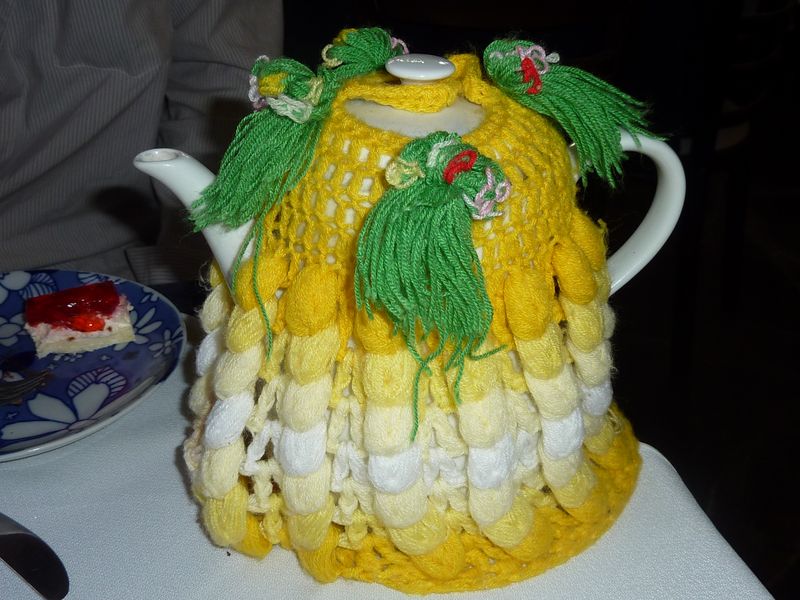 It was all very proper (and therefore, probably not S.C.O.R.P.I.O.N. approved). Especially this part: 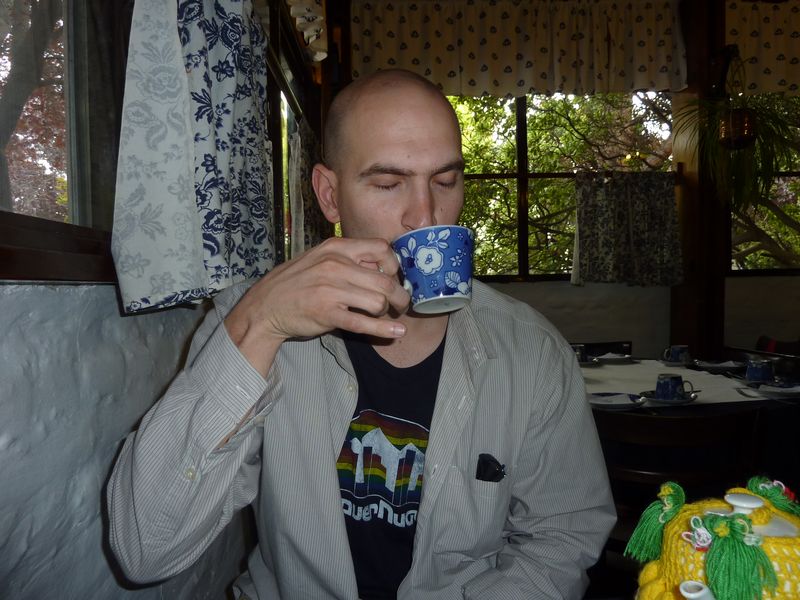 It only takes a short drive to see most of the town. Here's the first house built there: 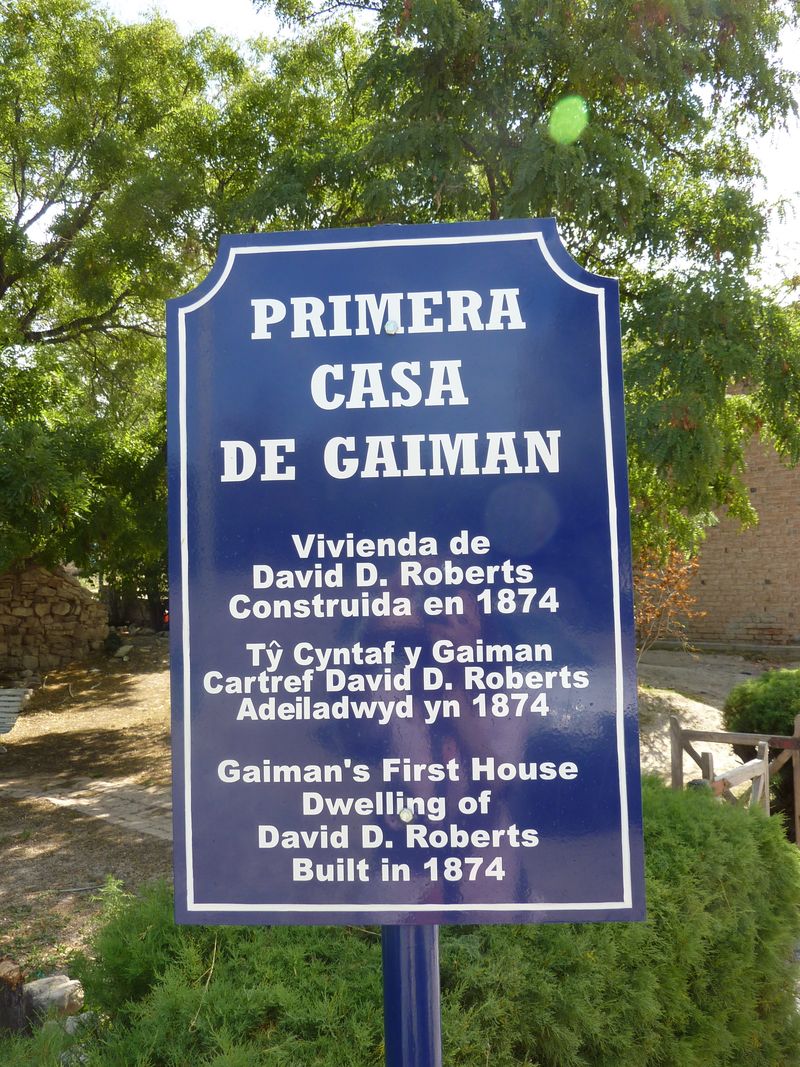 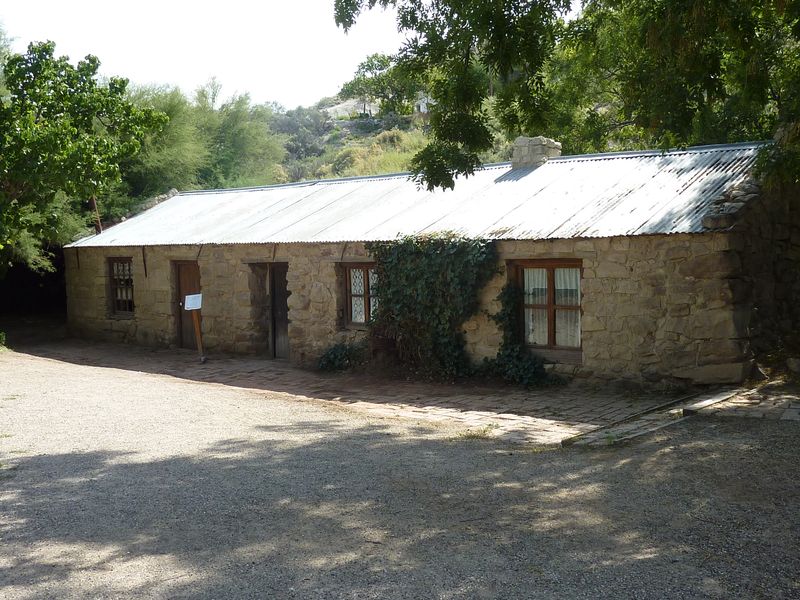 The early settlers were apparently small in stature: 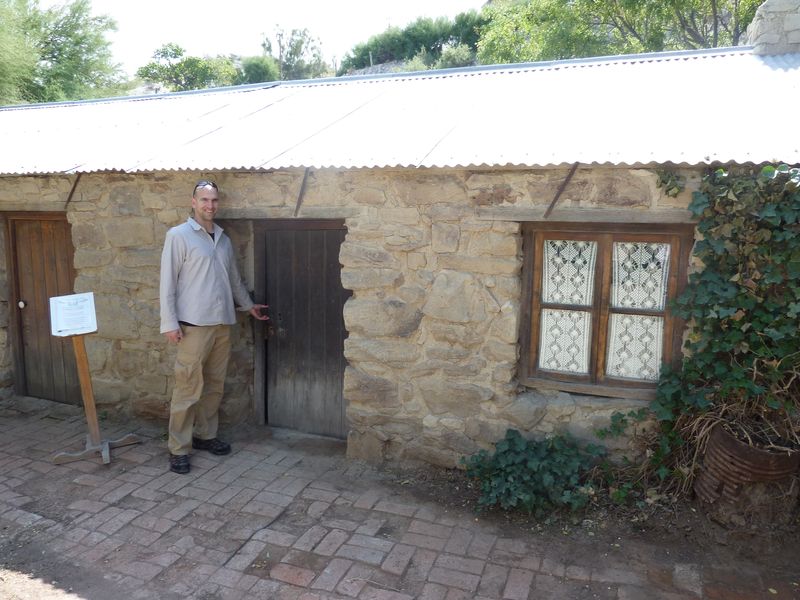 Next, we head back to Trelew to hunt for dinosaurs and Butch Cassidy.