Home Subscribe Archives Social Circles About
And Then There's This
Mmmm...Camel Milk 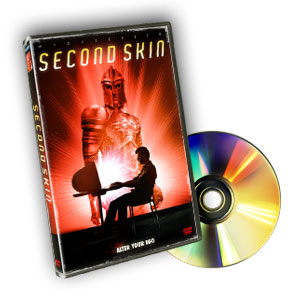 I watched a great documentary this weekend called Second Skin about the online game industry (massively multiplayer online role-playing games in particular) and the people who play them.

The DVD was actually sent to me by a film school student at Florida State University who is interning at Liberation Entertainment and helping with the film's promotion.

I'm not really into MMORPGs (think World of Warcraft, EverQuest, SecondLife), but it's an intriguing documentary for gamers and non-gamers alike. Long-time readers of my blog know that I'm interested in technology and its impact on culture, and this film provides some eye-opening stories and statistics on both.

Among the subjects covered:

Footage includes commentary from real gamers and their loved ones, game developers, and researchers who closely follow this emerging trend. Among them, members of the Daedalus Project, a long-running survey study of MMORPG players.

If it sounds intriguing, take a peek at the trailer below, and then check out the full-length film.