Last week, Chronicle ran a story about local chef Ken Orringer entertaining world-reknowned chef Ferran Adria with a 30 course meal at Clio. Yes, you read that correctly: THIRTY courses! The feast included delicacies flown in from around the world, and lasted until 3am.

Intrigued by the pomp and circumstance put on for this man Adria, who is reportedly the best chef in the world, I did some digging. This is what I found:

Born in Catalonia, Spain, Ferran Adria is the famed head chef of El Bulli, a 3 Michelin star restaurant that is generally regarded as the best restaurant in the world. It was founded in 1961 by Dr. and Mrs. Hans Schilling, and was named in honor of their French Bulldogs.

In 1984, at the age of 22, Adrià joined the kitchen staff of El Bulli as a line cook. Eighteen months later he became the head chef. He is known the world over for his experimentation with molecular gastronomy - or, the physical and chemical processes that occur in cooking. It's not unusual for Adria to incorporate things like liquid nitrogen into his dishes, as he constantly looks to manipulate food flavors, temperatures, and textures.

El Bulli is only open from April to October; it accommodates 8,000 diners per season, although it gets over 2 million requests (which, as Chronicle notes, makes it tougher to get into than Havard!). Adrià spends the remaining six months of the year perfecting recipes in his workshop "El Taller" in Barcelona. He is famous for his thirty course gourmet menu, which is why, I imagine, Mr. Orringer went all out for his recent visit to Boston. New York foodie blogger Lia has a GREAT play-by-play of her own 30-course experience at El Bulli from a couple of years ago. Not only was she lucky enough to visit the place, but she scored a photo with the top Chef himself.

Adria has also introduced a series of quick-serve restaurants throughout Spain called Fast Good, in an effort to bring the same quality of ingredients used at El Bulli to the masses (and at more reasonable prices).

Here are a couple of pix of the restaurant; visit the About.com gallery to see more. 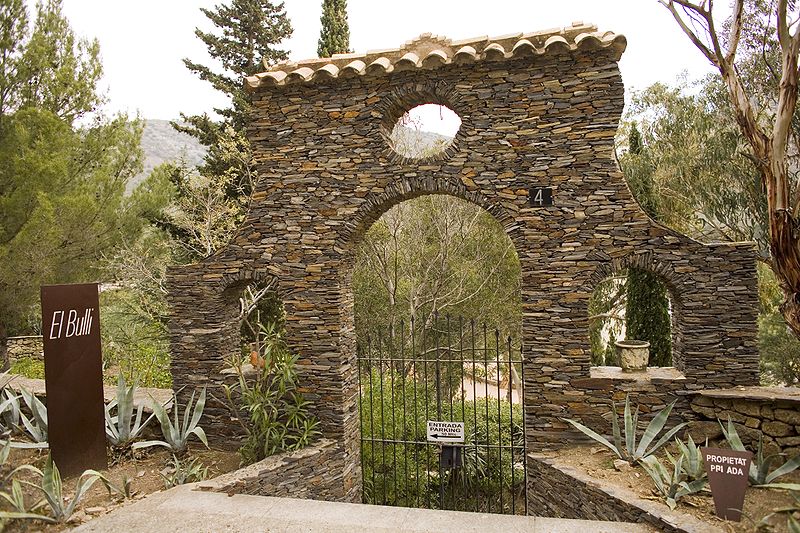 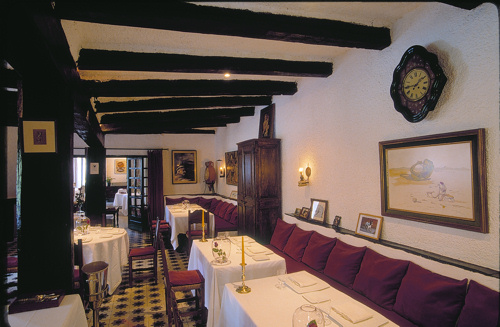