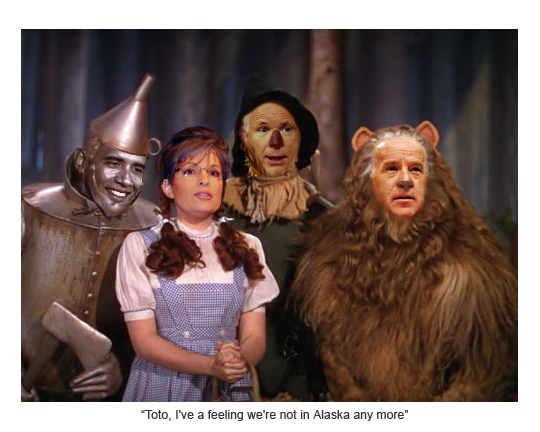 The Internet Alters Your Brain

Interesting news out of California today: surfing the Internet may alter your brain. 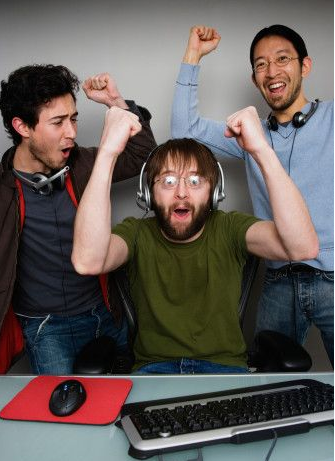 Studies show that Internet searching and text messaging have made brains more adept at filtering information and making snap decisions. Gary Small, a neuroscientist at UCLA who specializes in brain function, argues that this is an evolutionary change that will put the tech-savvy at the top of the new social order [score!].

But of course, there's a downside: the same behaviors that have accelerated learning have also led to a dramatic rise in Attention Deficit Disorder. The tech-savvy generation is always scanning for the next bit of new information which, according to Small, can create stress and even damage neural networks.

So, enjoy Facebook and Twitter, but be sure to unplug and socialize in person once in awhile!

A Million Laughs for Literacy

Last Friday evening I had the opportunity to attend A Million Laughs for Literacy, the National Braille Press fundraiser to support its Hands On! Books for Blind Children campaign. 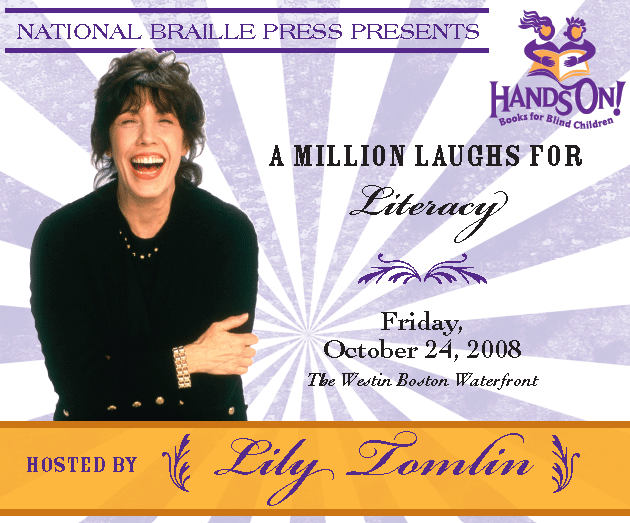 Headlined by comedienne Lily Tomlin and supported/attended by tons of local businesses and individuals, the aim for the night was to raise awareness of, and money for, programs that help eliminate the literacy gap separating blind children from the mainstream.

I didn't realize it, but not every blind person learns to read/write via Braille. In fact, most blind children attend public schools that are not prepared to teach Braille, and translation devices are expensive and only available to a few. The goal of the Hands On! campaign is to fund and expand programs that teach blind students, their parents, and educators the importance of Braille literacy.

After cocktails and passed hors d'oeuvres in the lobby, the crowd moved into the Grand Ballroom of the Westin Boston Waterfront for a sit-down dinner and an assortment of speakers, including: 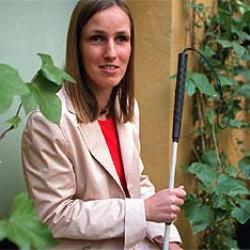 One of the highlights of the evening was the presentation of the Hands On! award to Sabriye Tenberken, a German social worker who became blind at age 12 and went on to study Central Asian Sciences, including Mongolian and modern Chinese as well as modern and classical Tibetan at Bonn University. The first blind person to enroll in these studies, she went on to develop the Tibetan Braille Script, as well as a project for blind children in Tibet (the incidence of blindness in this region is quite high, due to dust, wind, high UV light, high concentration of soot in houses, Vitamin A deficiencies, and inadequate medical care). Blind people in Tibet are excluded from basic activities in society, like education and employment, so Sabriye co-founded and co-directs an organization called  Braille Without Borders to serve this group of people.

The evening ended with a live auction of some great items: a night at Fenway Park for 10 friends in a private suite, an evening with Lily Tomlin, naming rights for a character in the next Robert Parker mystery novel, a VIP tour of the Hess Collection winery in Napa Valley, CA.

Overall, it was a great event that really raised awareness of an important issue. If you'd like to get more involved with the National Braille Press, they are hosting a Community Volunteer Day on Saturday, Nov 22nd, where volunteers will help put together print/braille books for blind children. Email Erin Markee for more information.

And on Jan 4, 2009, the world's blind with celebrate Louis Braille's Bicentennial in remembrance of the Frenchman, who at the age of 15 created the Braille system of reading and writing that is now used throughout the world.

It's that time again...there's a new Media Roundup post on the PARTNERS+simons blog. This week: rethinking radio, revisiting healthcare online, and recognizing the ubiquity of social media.

Most college kids (and grads) are familiar with (or worse, have experienced) the concept of beer goggles - when a person's imbibed one too many frosty ones and even the most unappealing romantic prospects become fair game. The beer has quite literally clouded your vision.

Well, Google's recognized the modern challenges associated with beer goggles and introduced Google Mail Goggles, a handy feature that will help you cut down on any late-night emails you may regret in the morning.

Once enabled, the feature requires you to solve a few simple math problems - "to prove you're of sound mind before you can send an email." Hilarious. 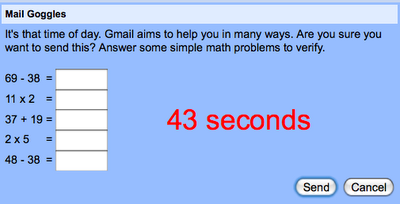 One more reason to love Amazon.com: their Universal Wishlist let's you add any web page to your Amazon Wishlist. Simply drag a button to your bookmarks toolbar on your browser, and tag away. 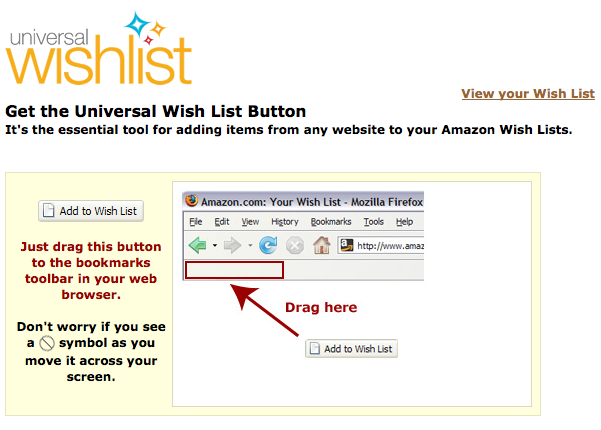 Now, you can store all your desirables - whether available through Amazon or not - in one place for easy reference and sharing...perfect for the upcoming holidays.

[Note to close friends and family: you can view my Wishlist here :) ]

Head on over to the PARTNERS+simons blog to read my latest post and learn about a new health site we launched recently, plus assorted other industry-related news.

I noticed a small ad at the back of last week's Patriot Bridge for a company called Run My Errand.

Intrigued, I went to the site to learn more about this start-up that harkens back to the days of Kozmo.

Run My Errand is an online community of errand Senders (people who need things done - like a dry-cleaning pick up or bill payment) and Runners (folks with free time on their hands that agree to run stated errands and earn some extra cash). Senders post their needs on the website and state the price they're willing to pay, and Runners select the errands they're willing to run (and sometimes negotiate the listed price). 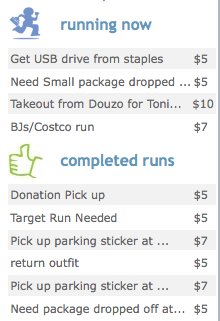 Unlike Kozmo, which famously flamed out when it tried to delivery small goods free of charge within an hour, RME is a system of give & take. It's like a match-maker between people with not enough time and people with extra time. It provides the service, and participants pay the delivery fees. All payments are done through a credit system on the site (Senders buy credits which are then deposited into the Runners account as dollars). No payments change hands until both Sender and Runner confirm that the transaction was completed satisfactorily - and Senders can rate Runners based on their experience.

It's a pretty cool concept with a nice site that's already gotten some traction. In fact, there's Google map feature which displays available errands so that runners can maximize trips by tackling multiple errands in one area.

This week's Bridge has a cover story on the Charlestown residents who started the business. It remains to be seen how RME will make money; they currently aren't serving ads, and it doesn't seem as though they are taking a cut of the delivery fees (unless there is a service charge when you purchase credits?). It's a great idea, though, and I'm anxious to see how it works out.

I loved it when Mad Men characters showed up on Twitter.

And months before that, I enjoyed Canadian Club's latest campaign, courtesy of BzzAgent.

Now, the two of them have joined forces and are coming to Boston for a Mad Men season finale party at the Living Room. 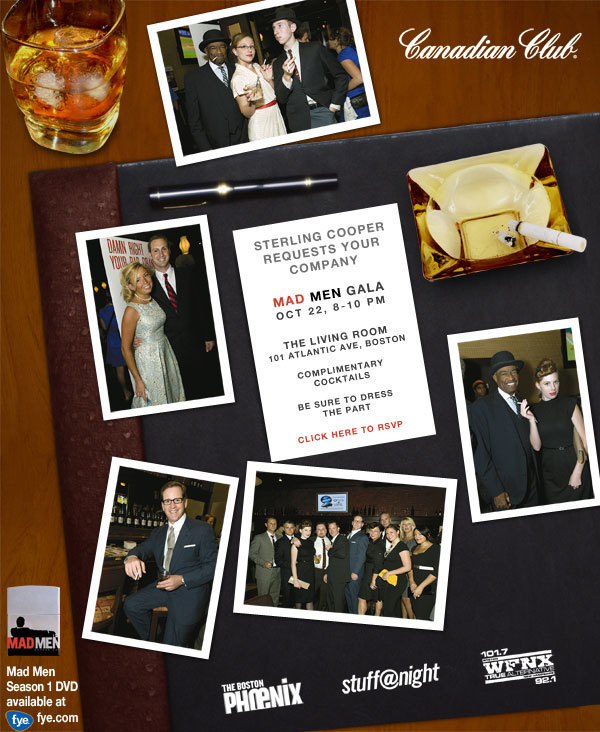 While I'm saddened (shocked!) to hear that the season finale is already upon us, I love the connection of these two brands. So perfect!

Can't wait to see Boston's version of Mad Men strolling around the North End next week. 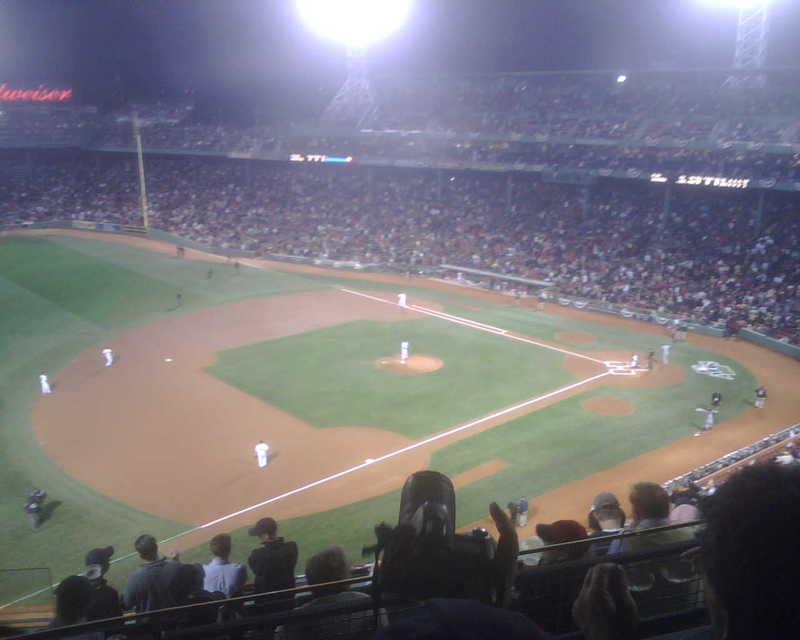 Gearing up to watch tonight's game