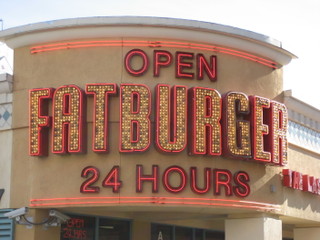 I've been negligent in posting about my recent visit to Las Vegas, so here's a quick recap of the trip:

I headed out on a Friday night for a 4-day stay at the Mandalay Bay Hotel & Casino. Although I've been to Vegas a few times before, this was my first time staying at Mandalay. It's a beautiful resort - the pool area (complete with man made beach and waves) and Moorea Beach Club are quite the scene. But it's a little farther removed from the strip than I prefer (it's at the very end...and I like to be up in the middle near Bellagio and Mirage).

But Mandalay has been busy building out their resort, which now includes THEhotel at Mandalay Bay, a smaller, boutique hotel attached to the main building but offering its own dining & club facilities in a cool, W-styled environment. I enjoyed a breakfast here one morning, followed by a walk up the strip that culminated in a shopping spree at Caesar's Forum Shops (which were MUCH better than I had remembered!). 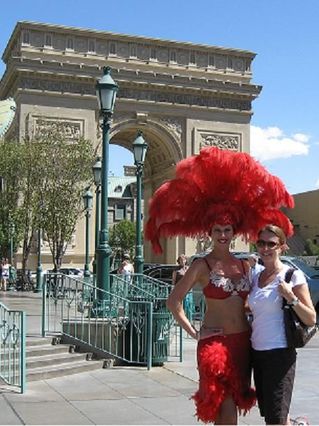 Paris Las Vegas  hadn't yet opened the last time I was in town and being the francophile that I am, I had to stop in to enjoy a chocolate croissant and cafe au lait breakfast...something to tide me over until my next trip to the real City of Light.

I dined at a couple of eateries I had not visited before either: Jasmine, a Cantonese restaurant in the Bellagio overlooking their famous fountains, and Samba, a Brazilian steakhouse inside the Mirage. Both were excellent. As for nightlife (outside of the occasional casino run, of course), I visited the hipster nightclub Light in the Bellagio and a private party at the Moorea Beach Club at Mandalay (funny Vegas encounter: Alan Thicke of tv's Growing Pains fame, attended this party with his wife...check out his site for a funny soundtrack and pics).

I also took in a showing of Love, Cirque du Soleil's tribute to the Beatles that got off to a rousing start but suffered some technical difficulties throughout. But that didn't dampen the spirits of the die-hard Beatles fans, like these folks dancing in the aisles pre-show:

You may view the full photo set here.