Pulling an All Nighter 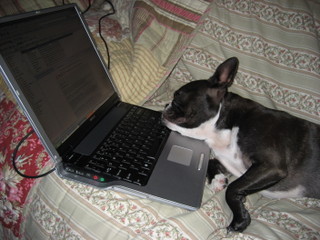 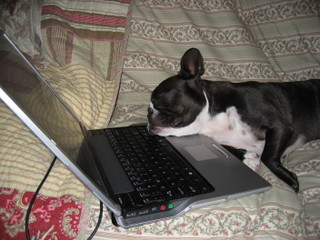 On a related note, I'm curious about what kind of programming was on TV tonight about Ellen DeGeneres and her new French Bulldog.

Between 8:40pm and 12:10am I received about 15 different site visits from people who had typed some variation of "What is Ellen DeGeneres' French Bulldog's name?" into Google.

I can only guess that there was some kind of contest, and viewers turned to their trusty Google to find the answer.

Visitors were probably dismayed to see that my site didn't have the answer (it showed up in search results thanks to my Ellen post and my numerous posts about Lulu)...until now: ContactMusic reports that her new addition is named Pig.

So what do I win?

Just so you know... The new Gold Rush game that starts tomorrow is asking the name of Ellen's dog in their "warm up" round today. =)