The last time I was in Paris I visited the legendary Buddha Bar, a trendy night spot on the Rue Boissy d' Anglais M. Concorde.

While often criticized for its high prices and marginal cuisine, the real draw is the exotic decor (complete with a giant Buddha statue presiding over the dining room) and fantastic music. There is even an eponymous music cd series showcasing tracks from resident DJs Claude Challe and David Visan. 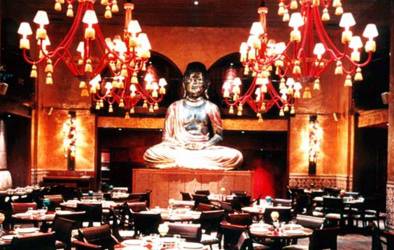 Now American club goers don't need to cross the Atlantic to get a taste of Buddha Bar; George V Entertainment (the same team responsible for the Paris location) have opened Buddha Bar New York City at 25 Little W. 12th Street, which promises to deliver the same alluring night life as its namesake.