In the iPod bling category:

Mac@Work is selling diamond encrusted ear buds designed by jeweler Stefano Dossola in heart, moon, star and lightening shapes. If you're not willing to shell out $958 for ear buds, Neiman Marcus has a Swarovski crystal version that comes in three colors for just $35 each.

Life in the parallel digital universe is really heating up: 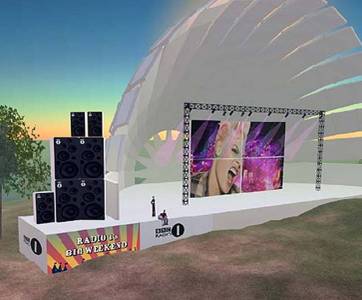 Also last week, Interscope Records and San Francisco agency Doppelganger launched a virtual lounge where fans can watch Interscope artists like the Pussycat Dolls, Gwen Stefani, and Beck. They can also design their own avatars that can walk, chat, dance and go hot tubbing with friends while listening to the music, which they can purchase through Buy.com (eventually they'll be able to digitally download).

And now I see that Swedish teen networking site PlayAhead has created the first Second Life-Social Network mash-up for its 800,000 registered users.

Although these applications are still firmly within the B2C domain, participation in virtual online communities is growing rapidly and is not confined to teenagers. Marketers have already begun to infiltrate these parallel worlds with in-game billboards, tv spots and the like. It is interesting to see the applications evolve beyond pure entertainment and into the very real worlds of business and commerce.

I picked up a great little book at the Boston Ad Club Symposium awhile back but just got around to reading it now. It's called Spark, with the subtitle "Be more innovative through co-creation," and it was written by John Winsor, CEO and founder of Radar Communications and a prolific blogger.

The book is set up in an interview style, with each chapter representing a conversation with one of sixteen marketing professionals from well known consumer brands and agencies. The chapters are then grouped into 4 categories all focused on innovation through co-creation, either via a team, the company, the customer, or the culture. Winsor's visual display of the innovation sweet spot (with the team category highlighted) is as follows: 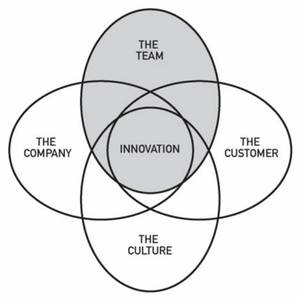 Here are some of the excerpts that I found particularly interesting:

A spark wouldn't happen if there weren't a difference between one end of the spark and the other. It's in that gap that the potential exists.

Improv suggests that creativity is fundamentally something that arises between people and is never done by someone on their own...people can only act in response to the stimulus they are given.

Improv becomes real genius when people just say the very first thing that comes into their heads and just go with the moment and the spontaneous response...you're allowing yourself to create something new and authentic and different with each encounter because you've kind of thrown away the rule book and standard procedures.

Space for an innovation team needs to be flexible so that different people can come together in different situations to create.

Consumers are tough and they're smart, they have choices, they have power, and they like to use it.They understand the world of innovation. They mash together sports and music and film and gaming and art and food and fashion. They ignore the superficial scratch and hiss of brandsters. They are not beyond influence, but they are above manipulation.

That's really what the human spirit is all about - forming new ideas, merging ideas, blending things out of what exists. It's the ability to think laterally and associatively that really distinguishes us from other animals.

If we're told were not good at something according to society's norms, we probably won't pursue it. As a point of illustration, take an excerpt from Gordon MacKenzie's book, Orbiting the Giant Hairball, in which he recounts the experience of going into a kindergarten classroom and asking how many of the kids were artists. Being wide-eyed kindergartners, they all raised their hands. MacKenzie contrasts this with the experience of asking a sixth-grade class the same question; only a couple of kids raised their hands.

Cross-fertilization and free association are important. That's why it's important to get out into the culture and explore.

In these uncertain times, people want to be more in control and more in charge of the world around them. To gain this control, there is a shift from consumption to creation... [Popular reality shows] are all about making transformations in your life.

You can't build word of mouth; you can only set up the right environment for it: be a guide, hire passionate outsiders, focus on personal relationships, and experience the good, the bad, and the ugly.

The book brings together a lot of the ideas raised in Malcolm Gladwell's Blink and James Surowiecki's The Wisdom of Crowds before it. And it underscores the fact that the best marketers are social scientists: get out there and observe, talk to, and engage with your customers and prospects.

This one's been traversing the 'net over the last week and it's well worth sharing.

A clever fellow over on MySpace mashed up some historic footage from Frank Sebastian's Cotton Club Show (1936-1938) with a modern hip-hop sound track, and the result is brilliant. This particular clip showcases early Lindy Hop dancers Al Minns and Leon James. You can see where break dancing got its start. 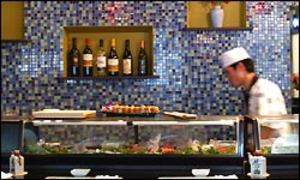 I finally paid a visit to Spice & Rice, a newish Asian fusion spot in Inman Square (in the old Sweet Chili space)...and it was great!

Their extensive menu offers a range of classic Thai, Japanese, and Korean dishes in a modern environment. We dined on fresh sushi, chicken pad thai and ok do bi bim bap (a sizzling pot topped with beef, veggies, and a raw egg). They also offer an exotic cocktail menu and full bar, all at extremely reasonable prices.

Add this to the growing list of ethnic eateries in and around Inman Square, including Ole Mexican Grill, Casa Portugal, Bukowski's Tavern & East Coast Grill (American), Magnolia's (Cajun), Cafe China and Montien (Thai), among others.

Evian water has unveiled a really clever advertising campaign on the Gawker gossip site: with the click of a button, readers can banish all ads from the site - except for Evian's, of course, who is sponsoring this "detoxed" version of the site. Below is the before and after: 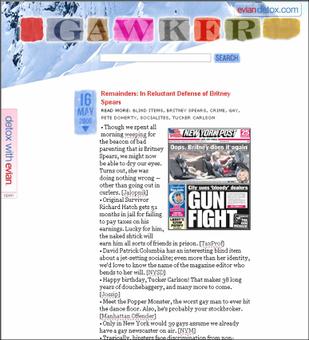 The banner on the left even expands to allow readers to "detox" their own RSS feeds (which would then come through with the Evian branding) and links through to their rich media site, EvianDetox.com where users can watch videos about the detox properties of water and the history of the Alps, or create their own soothing music score.  The site is slow to load (even on broadband) and I question how many people will sit through the videos about water, but the online ad technique is genius.

A Massachusetts start-up called Moobella is jumping on the on-demand craze with its mix-your-own ice cream vending machine. Taking the Cold Stone Creamery concept to the streets, Moobella machines have a touch-screen display that allows people to mix their own flavors (and mix-ins, like chocolate chips, peanut butter cups, and walnuts) in less than a minute. The menu updates in real time so that only available flavors are shown, and when one runs out a re-stocking request is automatically sent to headquarters.

While the web site doesn't list any retail locations (yet), this demo presented at the 2006 DEMO conference indicates that the privately-held company is seeking a fourth round of funding (to add to its $36 million to date) in order to introduce the machines to the Boston market some time this year. Moo.

A couture line from Target?!

Target isn't a stranger to designers, having introduced lines from Isaac Mizrahi and Liz Lange in recent years. But in those cases the merchandise is more affordable lines from high-end designers. But the Intuition line-up will include pieces costing up to $3000...well out of the range of the typical Target merchandise.

It's so interesting to see the lines blurring between luxury goods and mass merchandise. It's a topic that's come up around the office a lot lately...how historically "aspirational" brands like Coach and Cadillac have become much more mainstream, while an accessible brand like Target has become so cool that even consumers who don't need a bargain want to shop there.

History of the Dry Dock

My new office is in the Seaport District of Boston, a historic marine industrial area that has been part of the local economy dating back to the 1830s when the Boston Wharf Company extended the waterfront via landfill.

According to the Boston Preservation Society, the area was originally inhabited by wooden sheds where liquor and confectionery traders stored suger and molasses, and later tranformed by 90 brick warehouses built in the 1880s to support Boston's burgeoning wool trade.

It's hard to believe that the 1200-foot long, working dry dock I view out my window every day was built back in 1919, designed with two connecting sections so that two vessels could be repaired simlutaneously. And the building in which I sit is an eight-story, 1,600,000 square foot storehouse that is part of the the former Boston Army Supply Base, a 29-building complex covering 23 acres of land. Today it houses the Boston Design Center.

Below is a picture of the Dry Dock, and I've included some pictures of our building, the view from my office, and Percy the dog here. 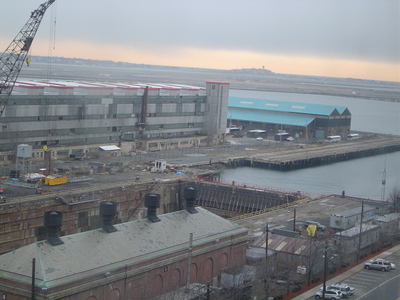 Happy Birthday to my Dad, who is celebrating today. 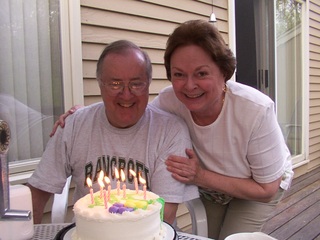